Comments:
By: countzero : June 20th, 2021-12:25
Chopard used the wonderful calibre 1.96 for references 16/1860/1 and 16/1860/2 starting from 1996. The newer limited edition models, starting with the red gold L.U.C XPS 1860 from 2016, use calibre 96.01-L.
From what I gather, it is generally understood that 96.01-L is simply a renamed 1.96 - and indeed, the movements appear identical upon visual inspection. However, the 96.01-L in the current production models has 29 jewels, while all of the examples of 1.96 I have seen have had 32 jewels. Below is just one example of each (pictures taken from the internet).
My question is two-fold: Does anyone know the reason for the apparent change? And beside the jewel count, are there other differences between the calibres (however subtle)? 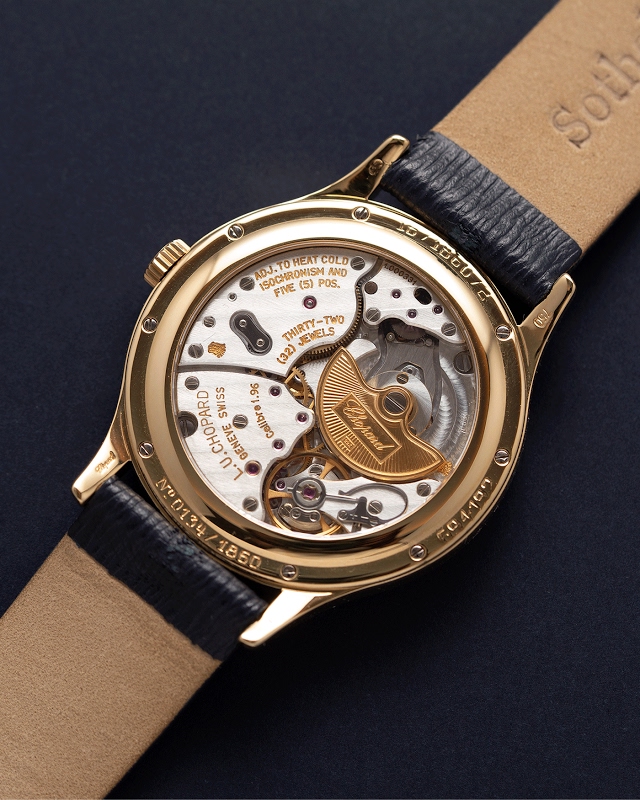 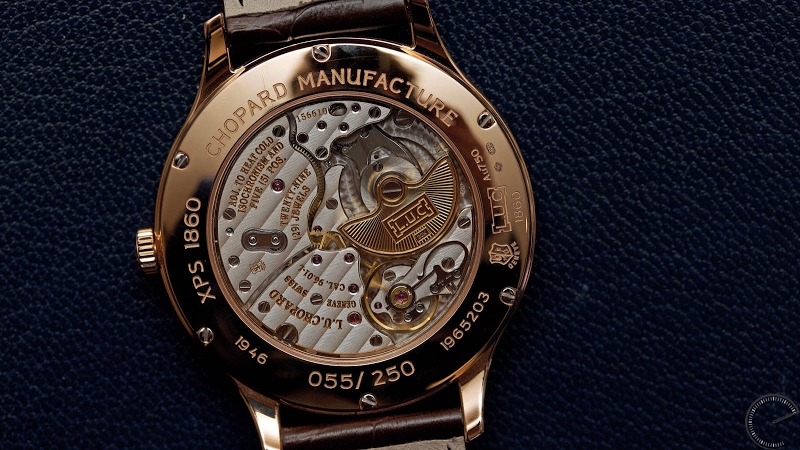 To further add to potential confusion, I did come across the two pictures below, where both have "Calibre 1.96" engraved on the bridge, but the first one says 32 jewels while the latter says 29 jewels. To be clear, I have not seen an actual production example of a 1.96 stating 29 jewels, nor did a Google search find such (so this latter picture could be just a prototype/rendering supplied by Chopard around the transition). 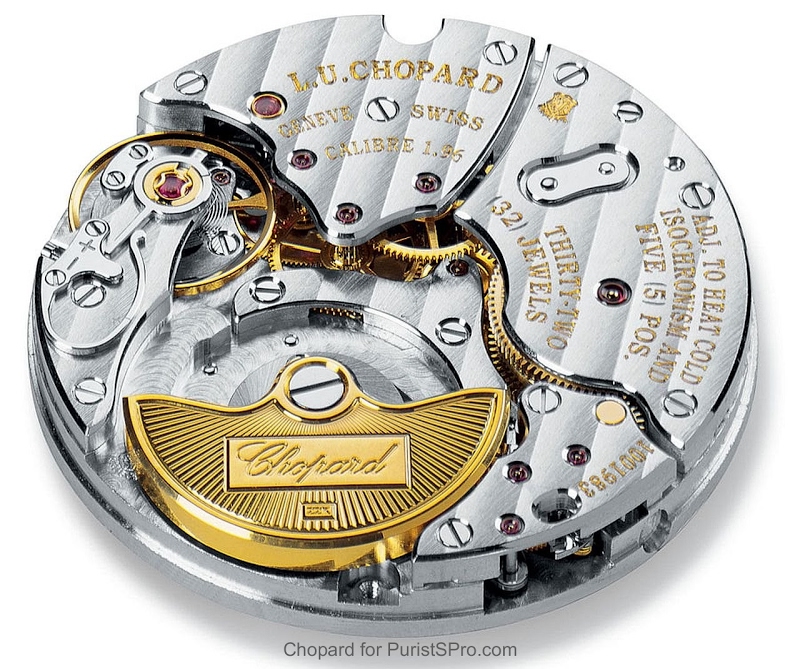 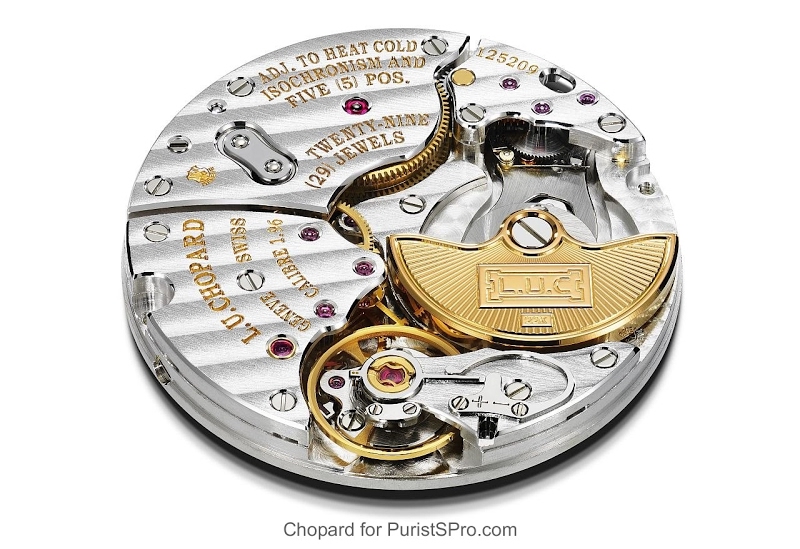 Any input would be appreciated. Thanks.
login to reply
By: rgabrielsoto : June 23rd, 2021-13:55
I'm definitely aiming to add a Chopard watch specifically with the 1.96 movement or it's updated brother so i'm hoping we get an answer to your question soon! It does seem odd there's a reduction to jewel count.


I wonder where those jewels were located, and how - or by what - they were replaced in the 96.01-L. At least the jewels are not visible from the back, as the movements look identical (save for certain engravings) when looking through the display back. So if they were intended for 'decoration' purposes, it was decoration for the sake of itself and not so much meant for the wearer it would seem.
login to reply

By: W72 : June 24th, 2021-05:10
I have not seen any photograph of a 1.96 taken apart other than those shown in Walt Odet’s article about this Cal.
Obviously, Chopard deemed the three jewels redundant (and not impacting the Geneva Seal certification) that they are eventually removed.