Before the Summer Vacation at Chopard, we saw many speedy things.....

After winning the World Endurance Championships for three consecutive years (2015 - 2017) since returning to works racing, the Porsche Motorsports team retired from the WEC series and entered the electric Formula E competition. Even so, they decided to show everybody what they could really do with an unfettered Porsche 919 Hybrid EVO car for the '919 Tribute World Tour' of the current WEC race tracks.

On 9th April 2018, Porsche and Chopard teased us by announcing a new Spa-Francorchamps record time, when Neel Jani completed the 4.4-mile circuit in 1 mins 41.77 secs and beating Lewis Hamilton’s record in the Mercedes Benz F1 car by nearly a second.

The feat was completed "in camera" as we would not see the Porsche 919 Hybrid EVO in public until a month later. 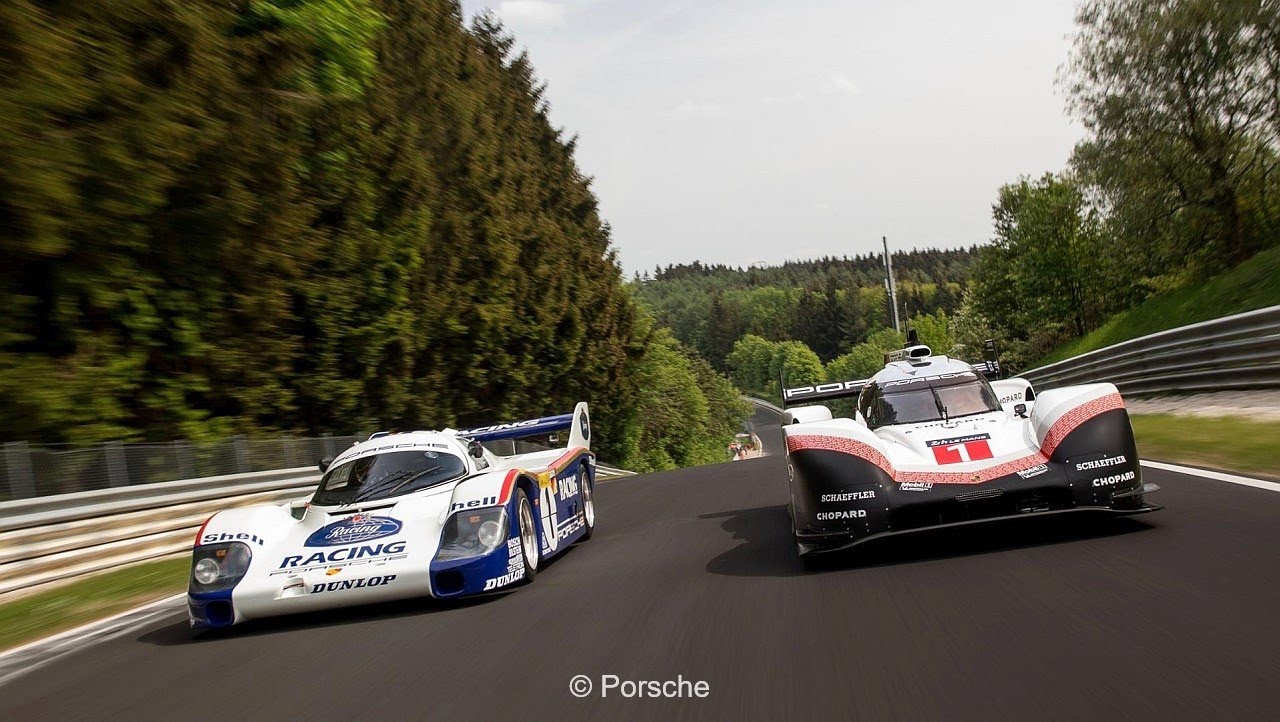 On 12th May 2018, the Porsche 919 Hybrid (Le Mans and FIA World Endurance Championship winning car of 2015, 2016 and 2017) met the Porsche prototype that won all titles in the World Sportscar Championship from 1982 – 1984. On that day, the Porsche 956C still held the outright Nordschleife track record...driving side-by-side with it's junior stablemate.

Timo Bernhard and Hans-Joachim Stuck had a relaxing time in the Eifel mountains, driving behind a safety car and avoiding the start-and-finish section because of the grid formation for the race.

Timo Bernhard: “This lap just before the start of the 24-Hour Race was a special experience for me. It was an honour to go side by side with Hans around the Nordschleife with him driving the 956 C and me at the wheel of our 919 Evo. The fans really enjoyed seeing these two legendary racing cars. I could almost feel their excitement in the cockpit. This was a very nice gift for me.” 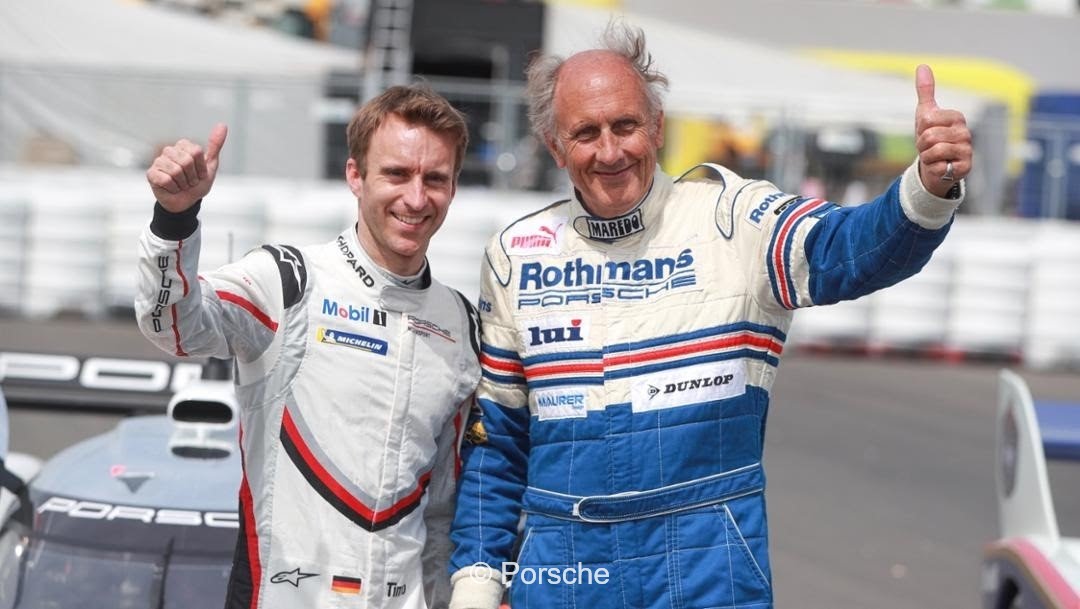 Hans-Joachim Stuck: “Christmas came kind of early today. It was fun for the fans and fun for us. The barbecues are lit and smoking, it is absolutely unique what the fans set up around the track here. Of course you can have a close look at that when you go so slow as us today. But I have to admit the right foot was really itching. The 956 stills runs like a clockwork.” 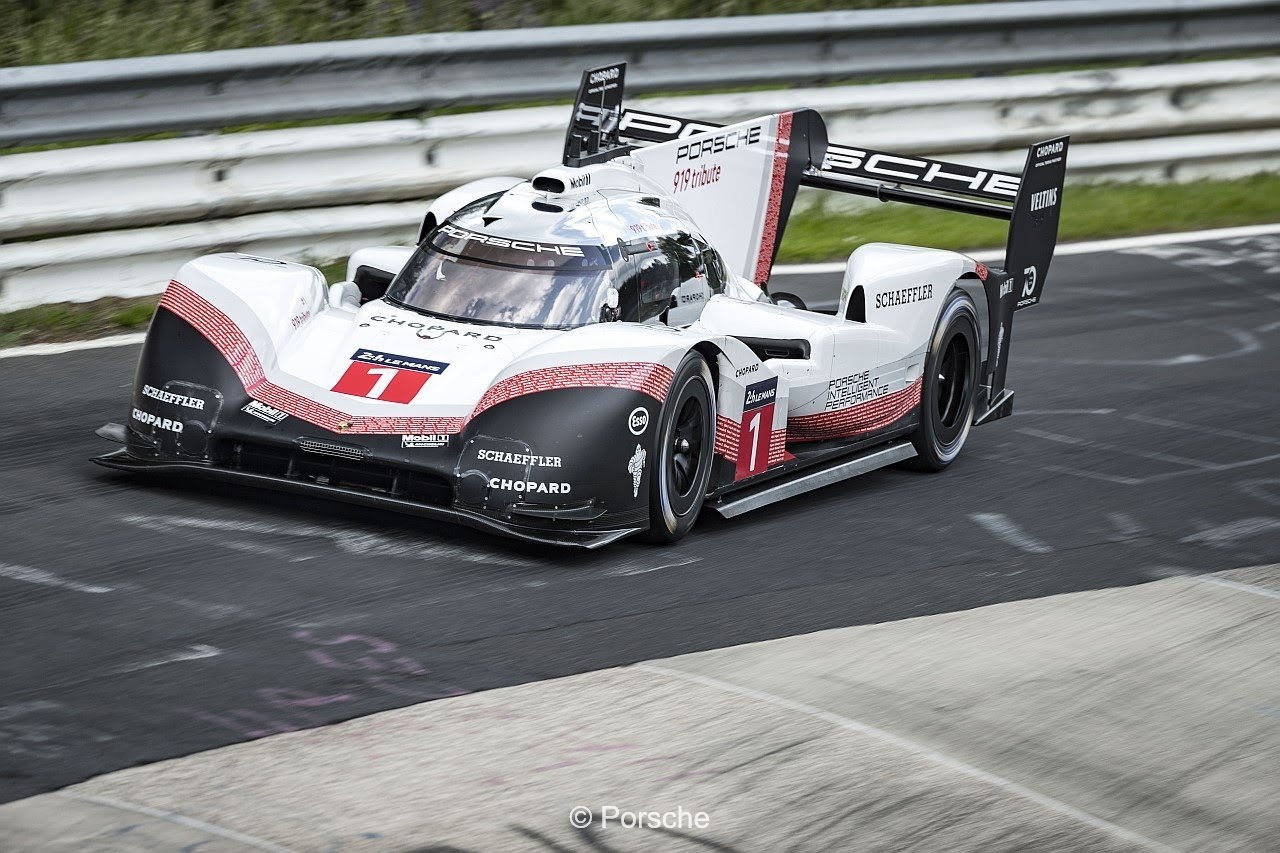 On 29th June 2018 at Nürburgring, Chopard was proud to have shared the setting of a new lap time by Timo Bernhard (Twice winner of the “24 Hours of Le Mans”) on the legendary Nordschleife track. The German driver drove the 20.832 km at the wheel of a Porsche 919 Hybrid Evo in just 5 mins 19.55 secs, breaking the previous record set by Stefan Bellof.

On his wrist during the record breaking drive was a Superfast Power Control Porsche 919 HF Edition watch by Chopard. 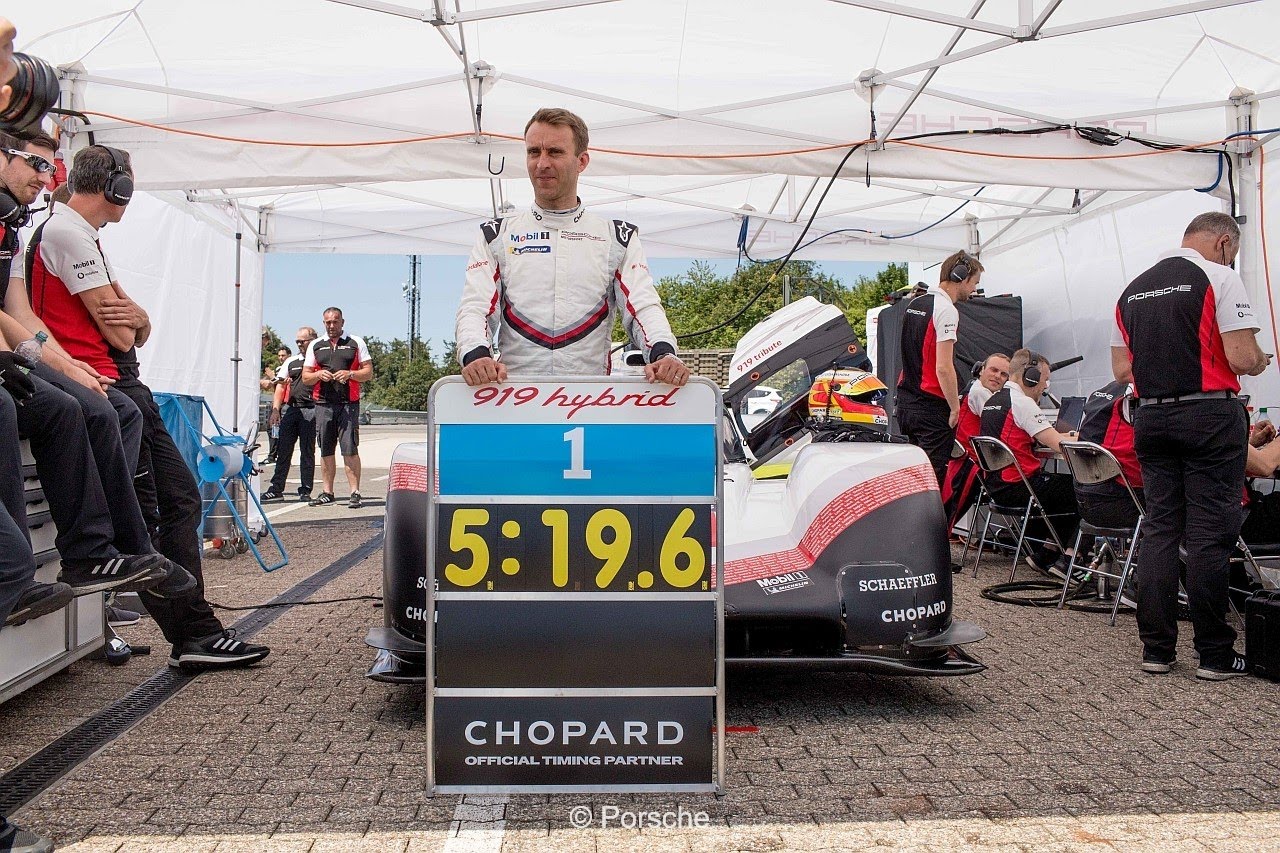 Chopard and Porsche Motorsport have shared a passion for achievement and the emotion of victory since 2014. The heady mix of innovation and technology with men who love a challenge, resulted in a partnership as prestigious as it has been successful. Porsche has won the '24H of LeMans' race an amazing 19 times!

Commenting, Karl-Friedrich Scheufele, co-president of Chopard, said: “Congratulations to the entire team at Porsche Motorsport and Timo Bernhard for today’s achievement. Porsche retains its Nürburgring lap record. Driven by the same quest for self-surpassing, our Maison is extremely proud to be part of this. I look forward to working on new technological achievements with the team.”

Porsche broke it's own record again! 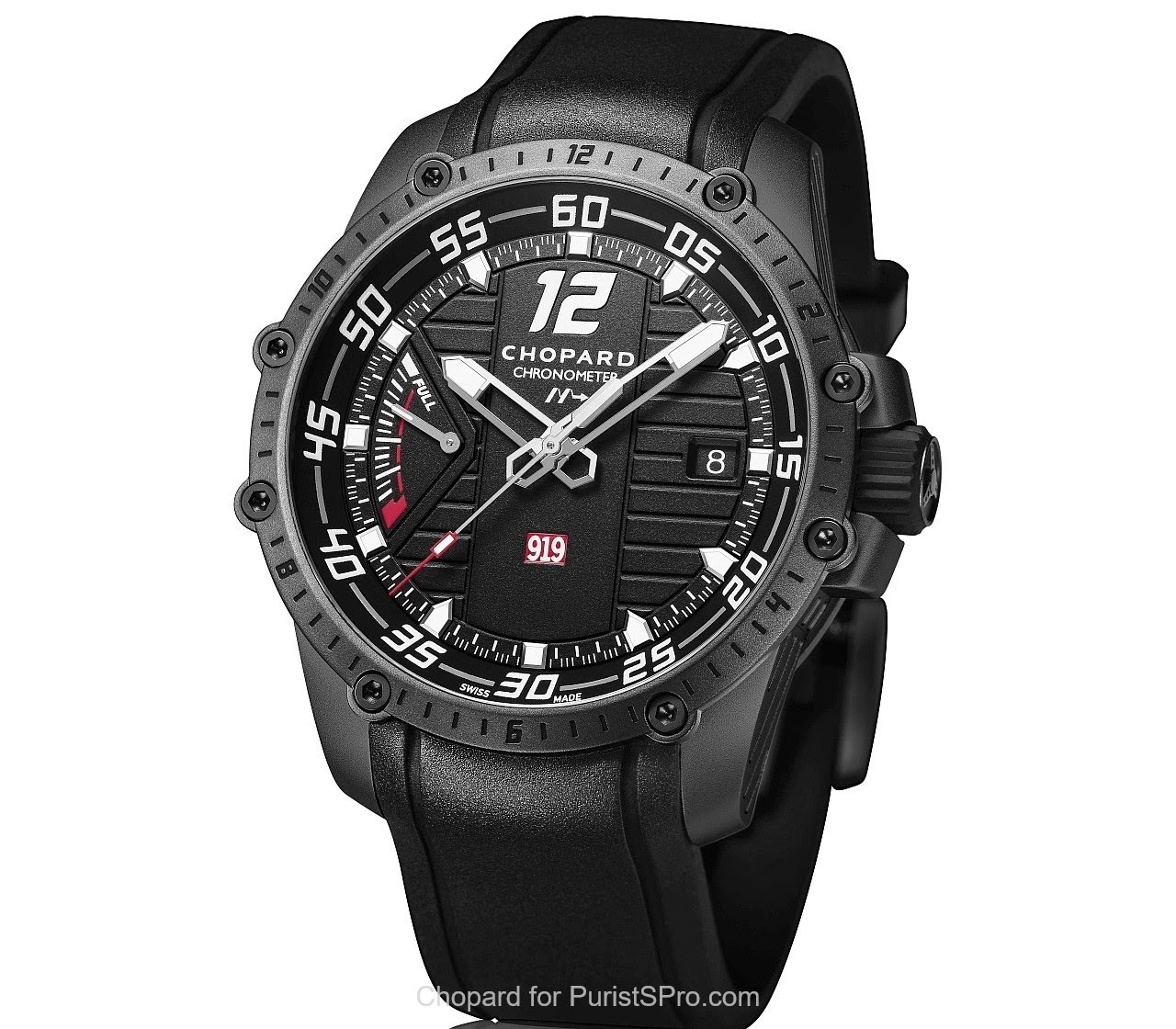 The Chopard high-frequency watch channels pure performance with lightness, efficiency and technicality. The Superfast Power Control Porsche 919 HF Edition is a tribute to Chopard's partner Porsche Motorsport’s success in the FIA World Endurance Championship (WEC) and the car that monopolised the podium: the Porsche 919 Hybrid.

The watch regulating organ oscillating at 57,600 vibrations per hour (8 Hz) allows an exceptional rate-resumption capacity. In case of jarring or vibrations, the precision of Chopard calibre 01.11-M is protected by this brisk cadence. 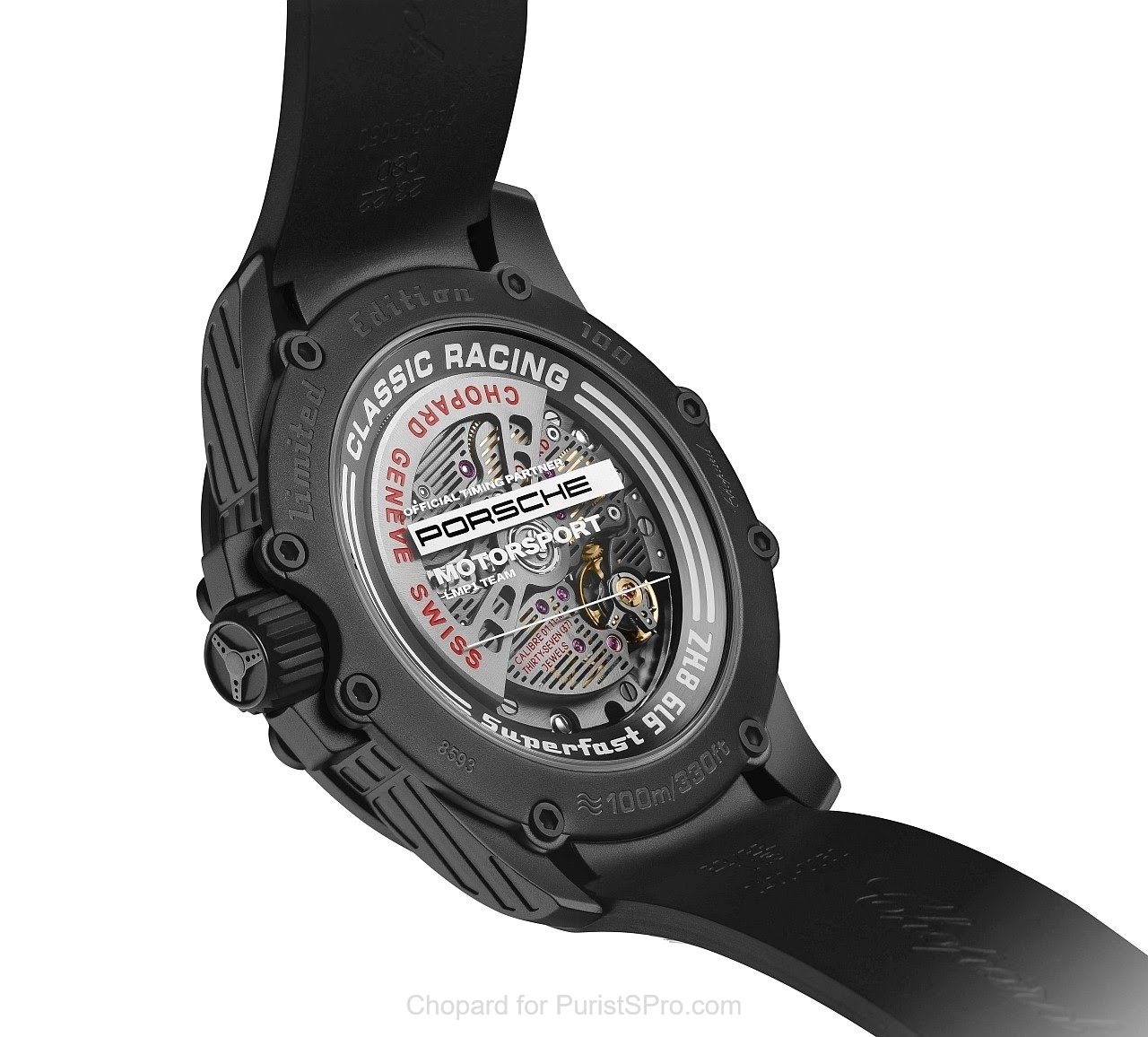 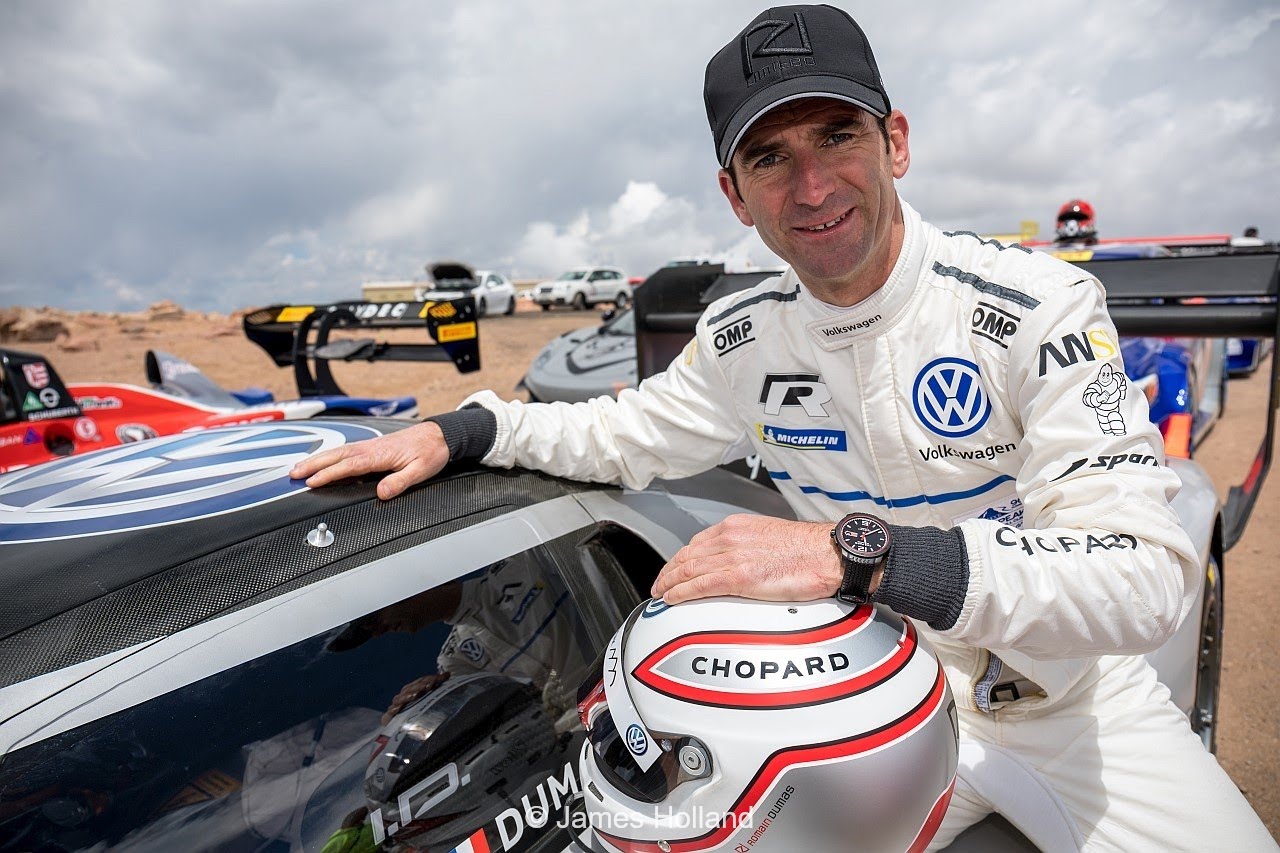 To round off the Summer of Speed, Chopard congratulated its ambassador Romain Dumas on his fourth victory in-a-row and a new record at Pikes Peak International Hill Climb, where he broke the record of the “Race to the Clouds”. Dumas has already won this iconic race three times in 2014, 2016 and 2017.

Dumas claimed victory in 7 minutes 57 seconds and 148 thousandths sec, which is sixteen seconds less than Sebastien Leob, who was the previous record holder of the Pikes Peak International Hill Climb in Colorado Springs.

Chopard is timekeeper for Porsche Motorsport, which belongs to parent company Volkswagen AG.


“It’s incredible! We really put in a far better performance than we could possibly have hoped for”, said Romain Dumas. “However, right from the first practice sessions, we knew it was possible to beat this record. To achieve that, the car and driver simply had to be working properly. I still can’t believe we clocked up such a time. This car is the most impressive I’ve even driven in competitive racing. The transmission of an electric car is really different, and I learned a lot through working on this project with Volkswagen.”

This distinctive model enrobed in deep black, joined the Mille Miglia GTS collection in 2016, inspired by the legendary Italian race that Chopard has also served as official timekeeper since 1988. 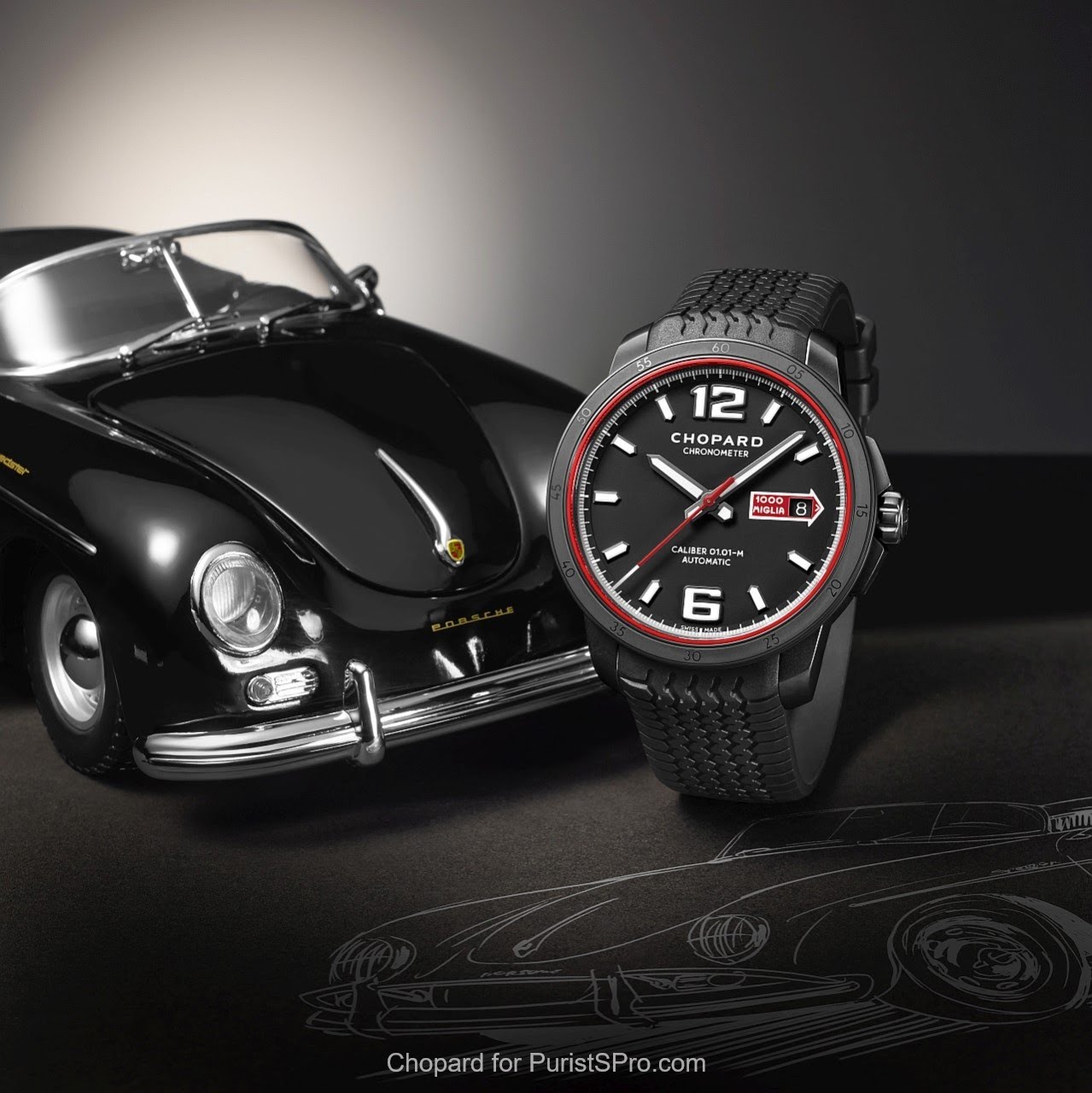 Sophisticated design and technical excellence combine in this limited edition timepiece powered by a Chopard 'engine' and chronometer-certified by the COSC. 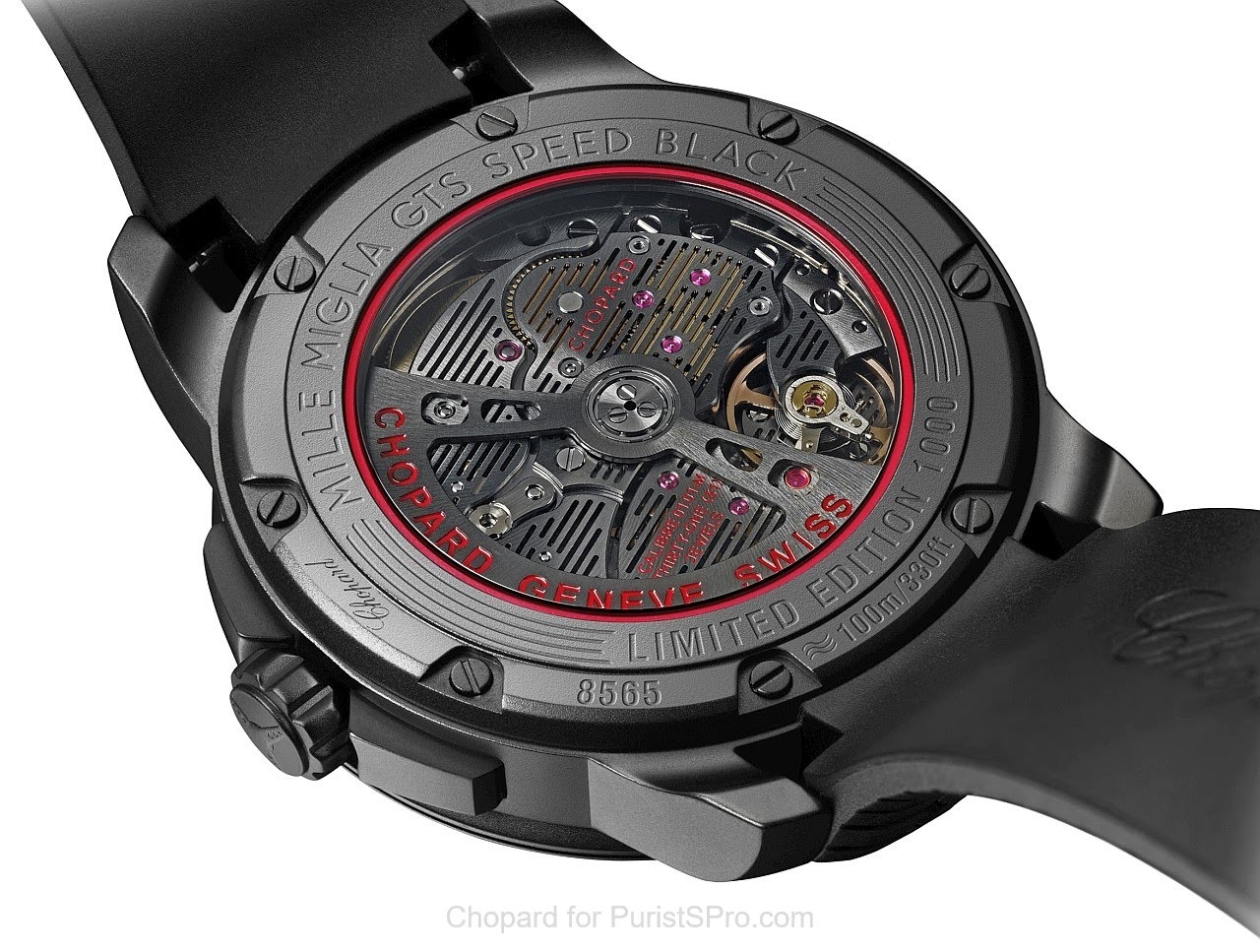 While I like sporty black watches like these two Chopard models, the extra frisson of excitement imbued by the high frequency 8Hz movement of the Superfast Power Control Porsche 919 HF Edition is undeniably seductive.

The Superfast case and fenestrated decoration of the movement is evocative of a superfast lifestyle and I can see it as complementary to my first Superfast watch... 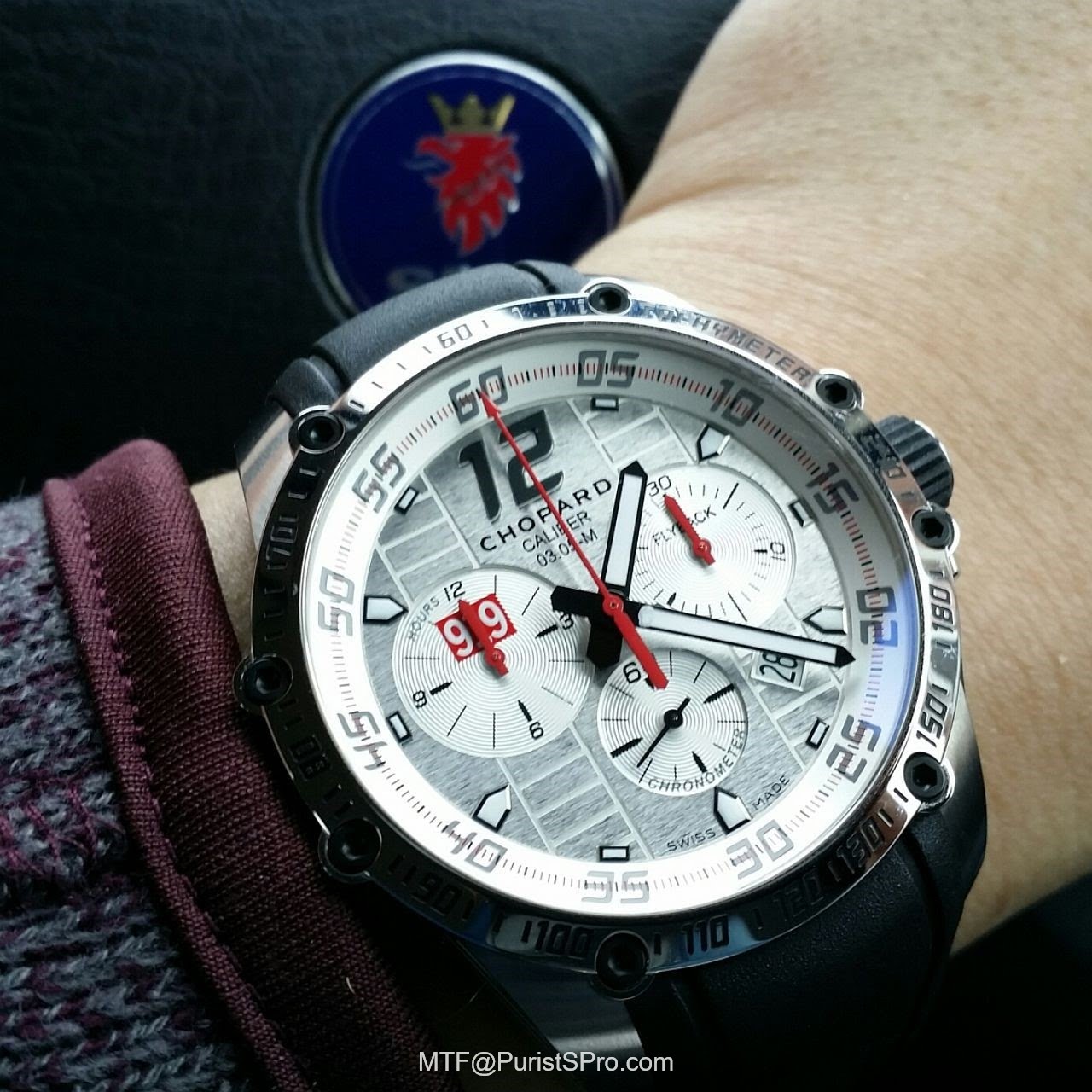