I would like start with dedicating this part to my dear friend Rafal for making this possible!

Rafal, I am deeply grateful!

Lately there have been a lot of posts about the TT DSA here.

IMO, the strongest watch from JLC this year together with the Reverso TT 1931.

So naturally I have to have a part in this series about the original Deep Sea Alarm!

As you might know the original DSA is quite a rare bird.

Launched in 1959 as “the worlds first automatic diving alarm watch”!

What makes writing this part difficult is that not many documents on the DSA are known (at least to me).

Maybe JLC is hiding some documents; maybe some other collectors have some they don’t share with us..?

To my knowledge there are only two original documents showing the Deep Sea Alarm.

If you know others, please – please enlighten me, I would be forever grateful! 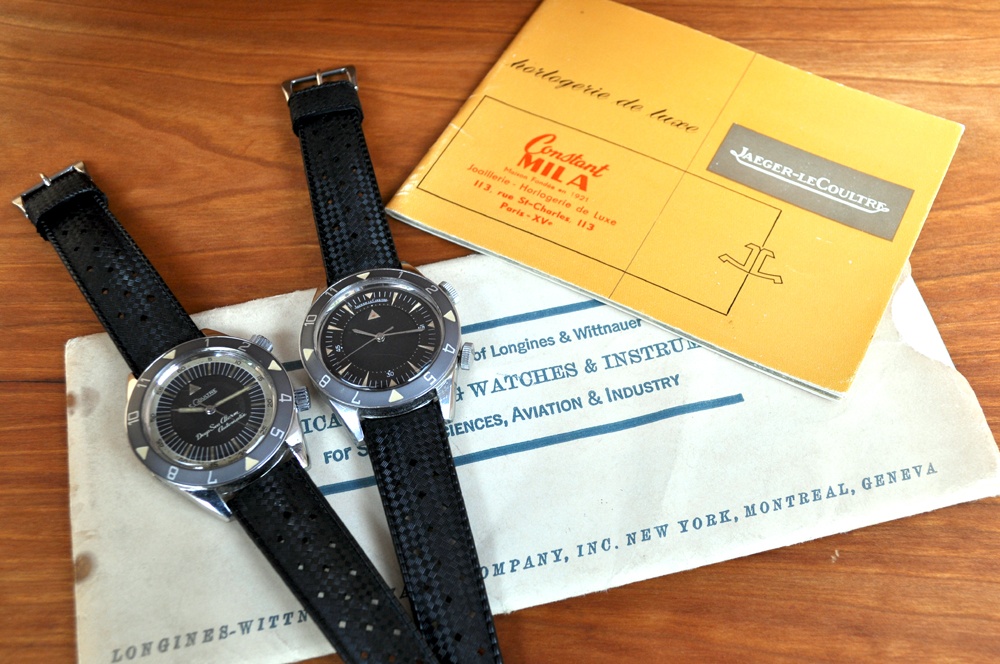 Let’s start with the Jaeger-LeCoultre document: 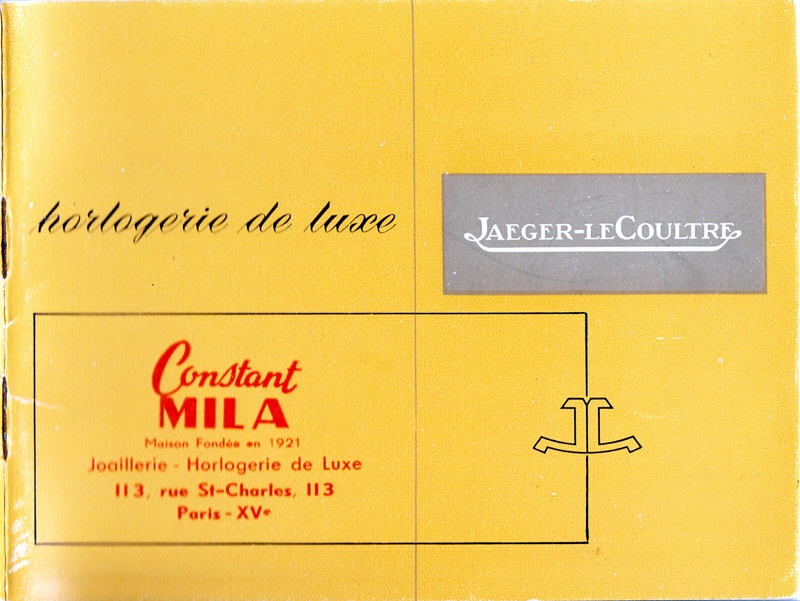 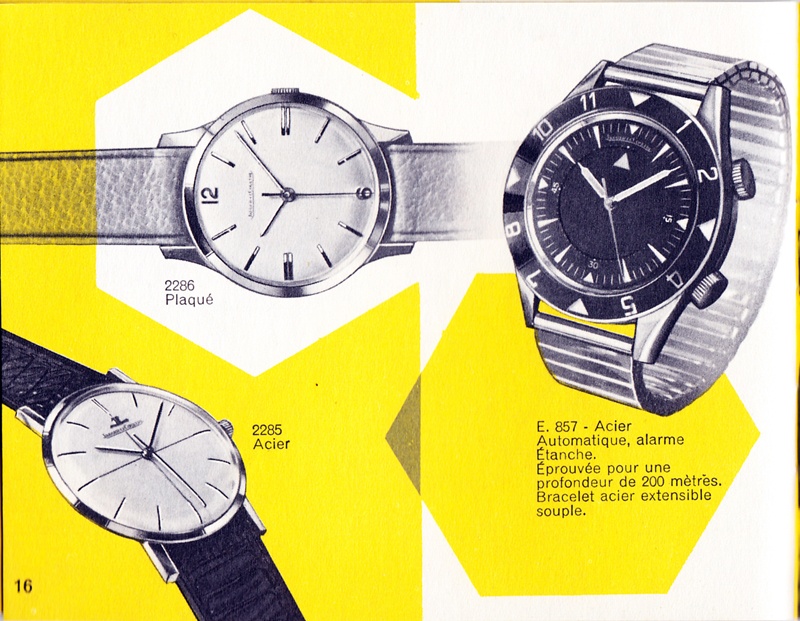 The water resistance I will not test...

But the flexible extensible steel bracelet I had to try! 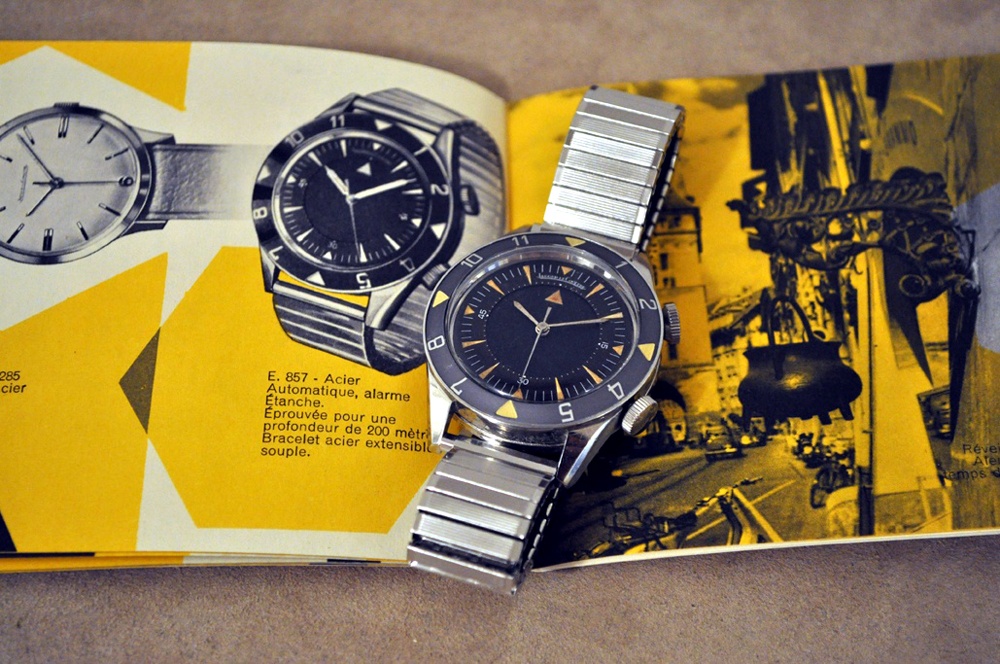 Well I am not very found of this kind of bracelets, I prefer the vintage Tropical… 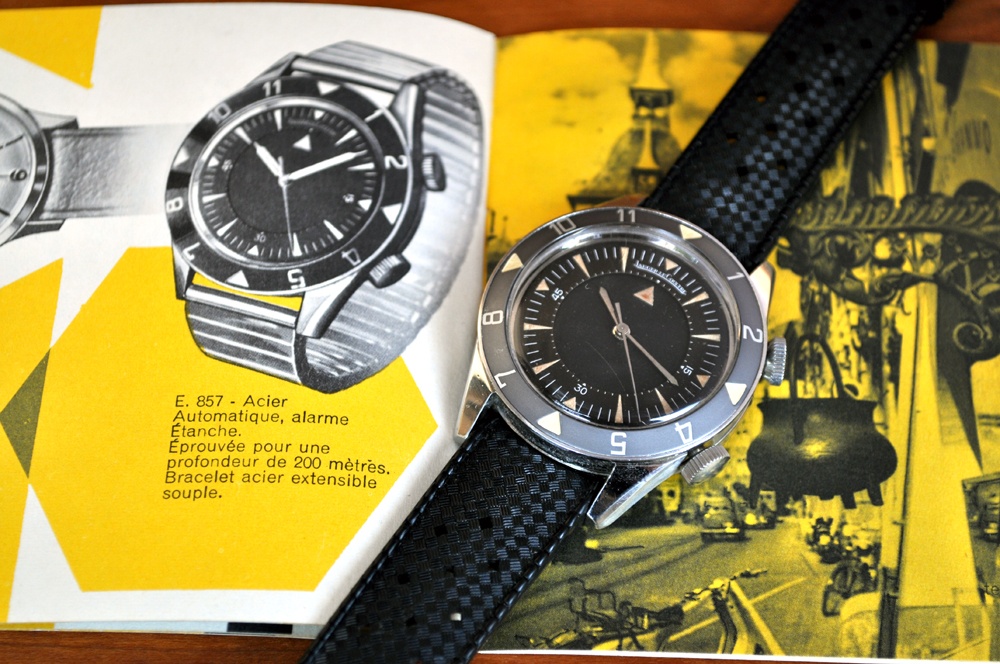 One interesting detail is that the DSA don’t have a French reference as most of the other watches in the list. 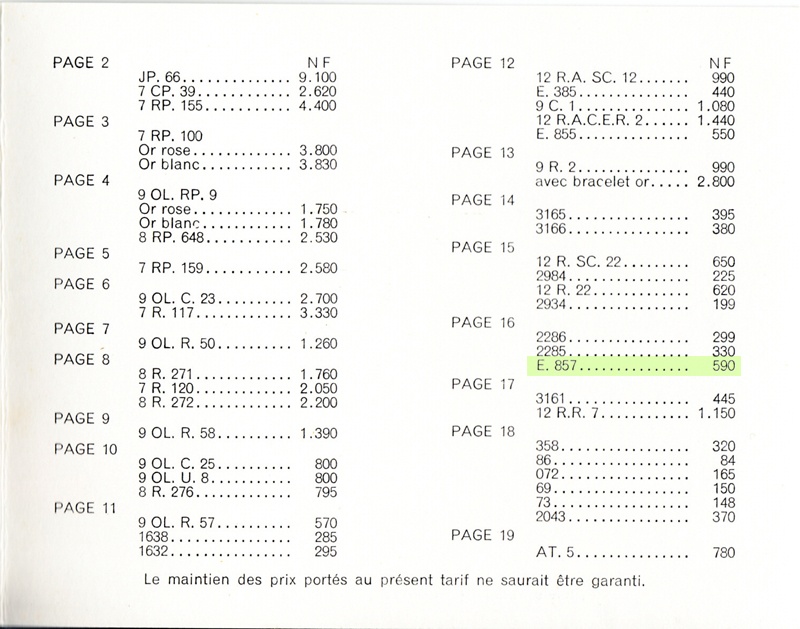 OK, let’s have a look at the LeCoultre document.

Now it starts to get complicated…

Earlier in this series we have experienced that there was some sort of collaboration between LeCoultre and Vacheron & Constantin but also together with Logines-Wittnauer. 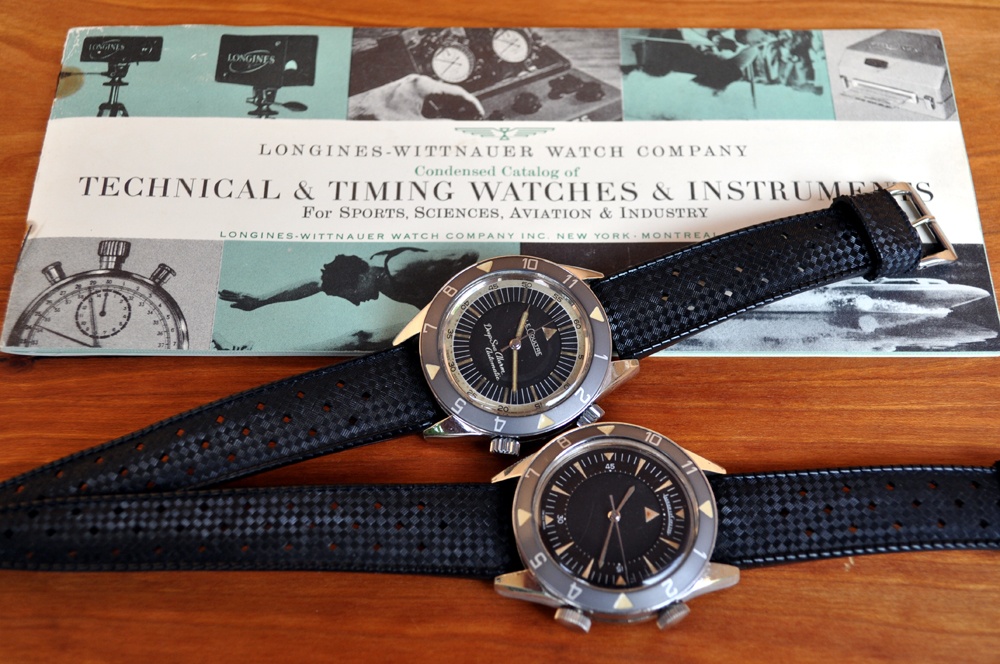 In this ad from 1948 all four brands are mentioned.

While in this one from 1955 no mentioning of Vacheron & Constantin.

Does anyone know what year LeCoultre and Vacheron & Constantin parted ways in North America?

Not even in the introduction of the catalogue there is any mentioning of LeCoultre.

Finally in the index there are some LeCoultre watches listed!

But only two of them.

And luckily one of them is the Deep Sea Alarm!

Is Logines-Wittnauer pushing for their own watches?

So, why did they even include the DSA in that case?

On the page before the DSA, Longines presents their own competitor in this class:

The Longines Skin Diver T 910 – the predecessor of the Longine Diver (to become model for the Legend Diver).

Was the outer bezel supposed to be rotating?

Well, it would have made sense on a diving watch.

But, no the bezel IS NOT rotating! 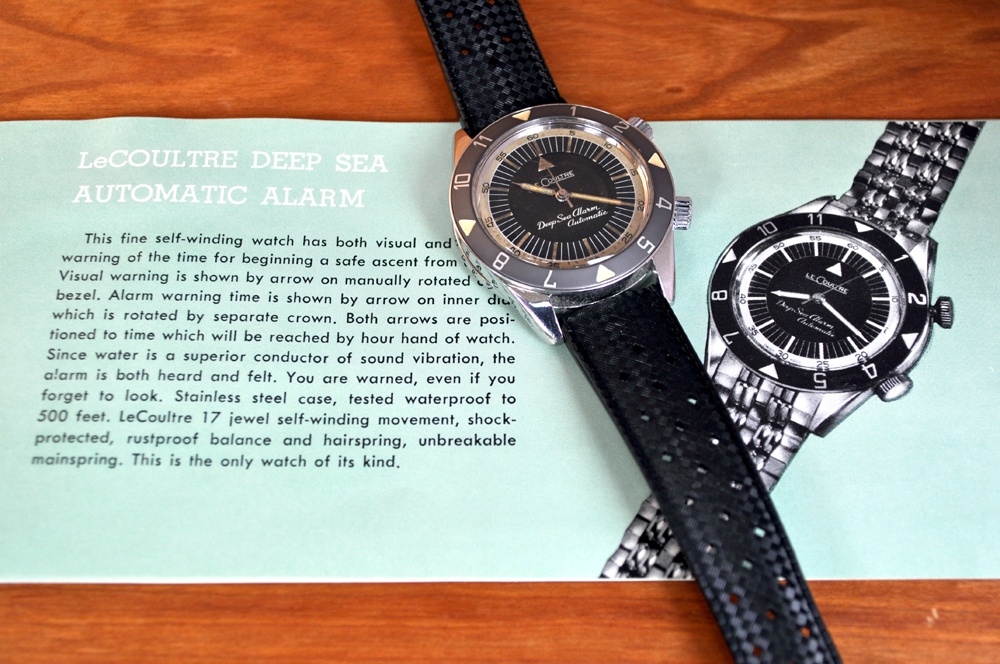 To my knowledge there are no differences in the construction of the two versions.

Only difference is the dial (that I know of).

Was the watch not water resistant to more then 500 feet and they corrected the info in the Logines-Wittnauer catalogue?

Or was it just an error in translation between meter and feet..?

Did you notice that both the Longines Skin Diver and the Deep Sea Alarm are shown on the same bracelet?

Well, the Deep Sea Alarm has always been and will always be a mythical lady!

To me She is the root of all good and great when it comes to JLC diving sports watches!

Do we really want to know all the details about the Deep Sea Alarm or are we happy that some things still waits for us to be found deep down in the dark sea..? 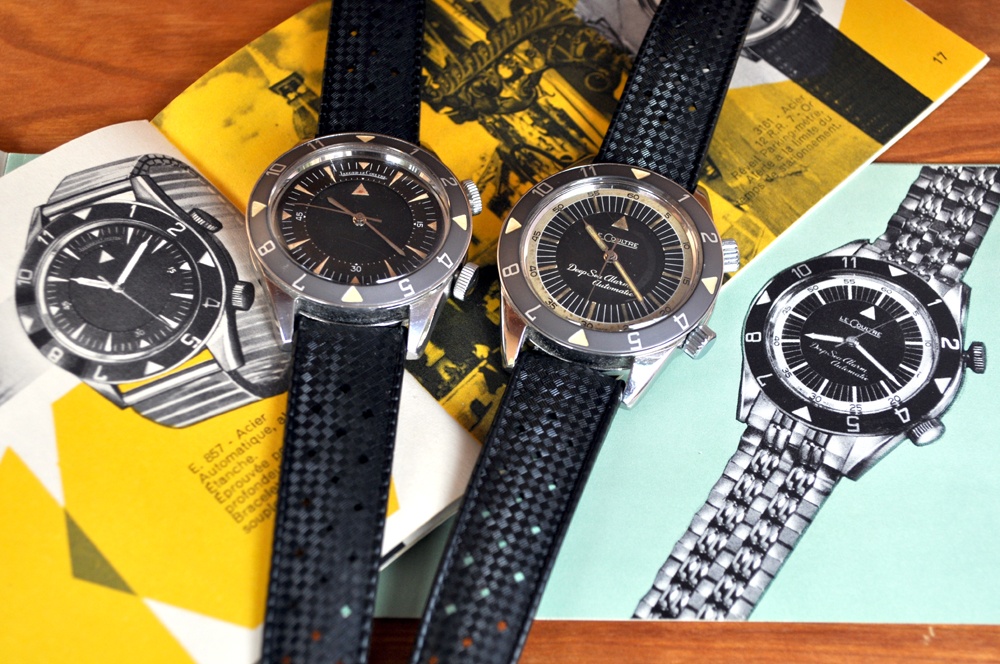 Thank you for reading this Part 9 of this Vintage Ads Series. 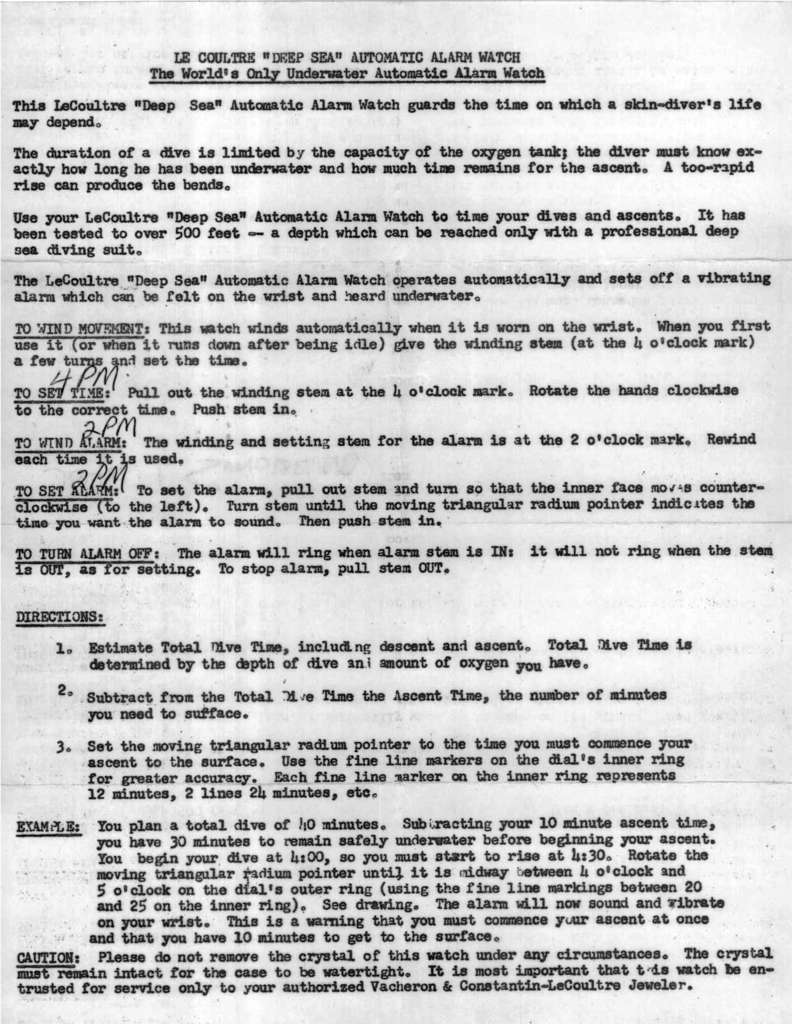 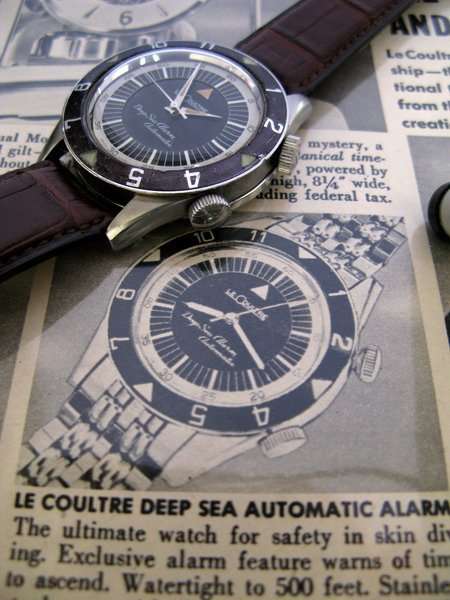 At least as it seems that there is something else, but not communicable for the moment.

...from Blomman and Nicolas. Thanks, guys. These are great references.

As for the 500' v 600' v 200m, I wouldn't hold too much store in the technical details of these documents, who knows how they were tested and these documents were likely to have been written by 3rd parties - witness the 'rotating bezel' information in the sales pamphlet and the strange wording/info of the dive alarm advice.

From the catalog and the AD, by the way...

Even if it is writtten in the ad or in the catalog that the bezel is not turning, it was easy for the AD to check that point.

But, hey, this is also the charm of these vintage documents, AND this kind of approximation can be seen today:

Several fellows and TT DSA fans wrote to me because they were told by their AD that the TT DSA was 41,5 mm big, which is absolutely wrong ( 40, 5 mm ).

Therefore, we spotted, at the beginning of this year, several mistakes about the watches intorduced at the SIHH.

By: BDLJ : September 4th, 2011-22:44
...that's what makes these documents so enjoyable. If everything from history was absolutely precise, we'd lose the fun of piecing it together.
login to reply

Yes, you are probably right…

But I can’t help thinking if maybe something there..?

Some differences between the two versions..?

Here is the full size version of the above picture.

To my knowledge, this is probably the only time the DSA was shown / advertised in a broad audience newspaper, the New York Times
(all the rare documents you have shown come from brochures which were aimed at retailers and clients I think)

The DSA in the original advert context: 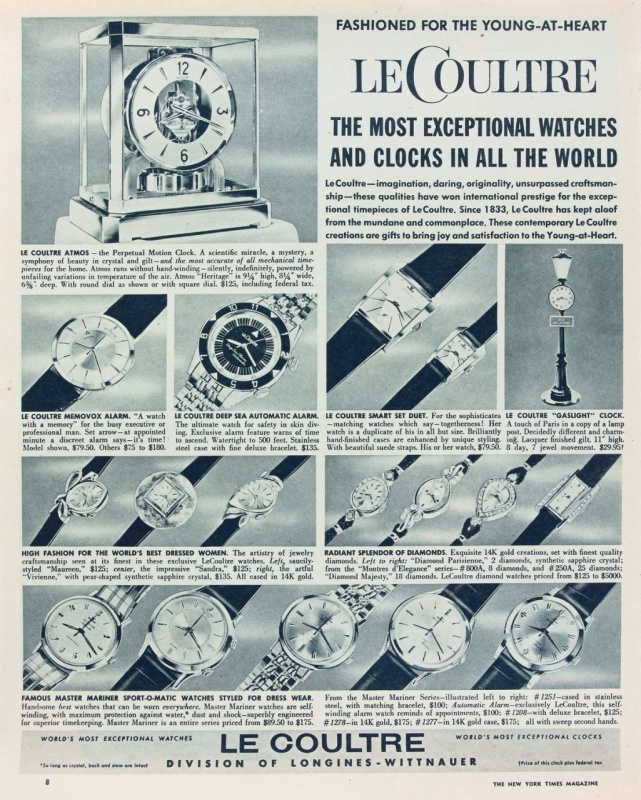 And a zoom , showing the typical, but so rare bracelet: 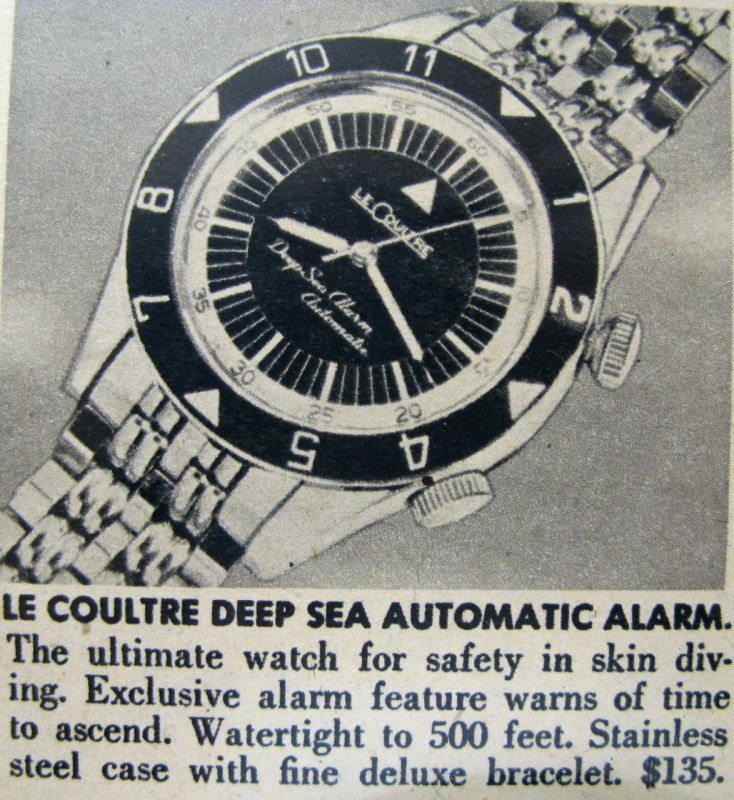 Interesting details on original package, as well as small hands and round font bezel version, obviously a true rare find:

(not mine unfortunately and can't remember who to credit it for, this is a very old file from my archive, from many years ago)

Thank you for these, Clavi!

Q? The image of the DSA (in red) is it showing the JLC version in the LC manual?

This thread loooks like a real tresor hunt ! Thx Blomman for all this material, very useful indeed.

Checking the pics posted by both of you, Blomman and Clavi, I have to admit a slight confusion in my mind regarding retail price of the LC DSA : your docs (both catalogue and price tag) mention 135 USD in the early 60's. 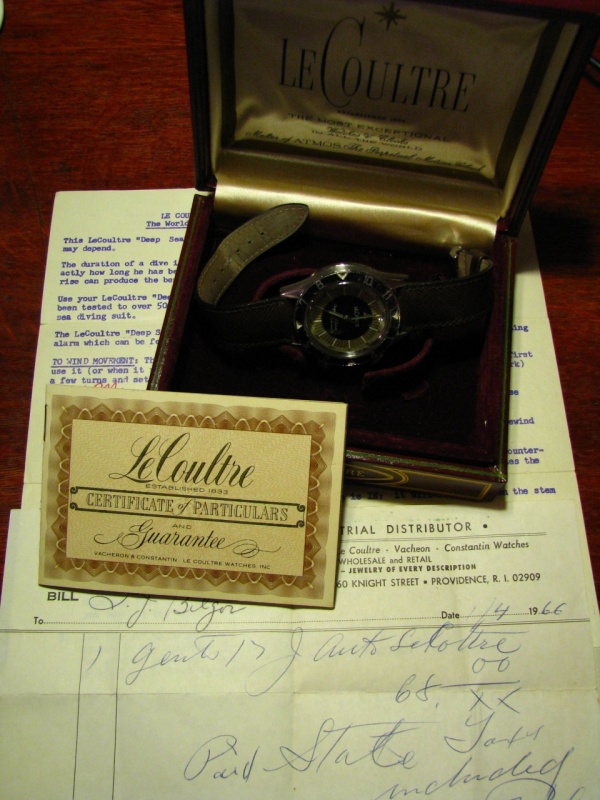 A 50% discount for a watch ? Well, indeed we do not know conditions under which this watch was bought, but still, that's quite surprising.

Any indications on the success of the watch when it was released ? Could the rather low production number (to say the least...) be (partially) explained by a limited public fancy for this model ?

I saw several Rolex which had a 5 years gap between these 2 moments.

As for the discount, I'm too young to tell you if it is a modern thing or something which was usual at this time.

Best, Karmin, and thanks for posting the now famous whole set!

We need, urgently, a time machine.
We can return to 1966 and acquire two or more!!

You raise a good question!

Was the DSA not that popular and that’s why not so many was made?!

In the end they were sold out at half price..?!

Thank you for joining with your beautiful whole set!

And for your kind words!

Feel free to post more pics of your beauty!

But no one with the DSA.

Thank you for your kind words and scans!

By: hs111 : September 5th, 2011-01:19
Thx for this again so interesting complementing information,
- seems, as so many times, not all what is written.. Is iron-clad 'truth', but serves a purpose,
and helps to trace back, likely .. Fascinating always !

Further to that, a little double Q, as per to the hands on both vintage DSA's:
( and as I had the pleasure to have seen the elusive beauties, you know where/when..)

- sorry my short memory ( seem to have forgotten with all recent happenings),

SO:
1/ on Clavi's pic shown, the hands on the LC-US show Dauphine type, if I see right
( 'true' variant or just another reason, as replacement or such ?) and
2/ on Blomman's pics of the JLC-DSA EU his showed the hands, simliar to the Geophysique
( which was also just born - 1958 - so probably around and produced) - same topic as ad1/ but different type

- I think to remember some discussion previously here, but forgot the location

Other than that, as always, pleasure to read, to look, trying to understand
.. through these tracings into the genetic past of these great mermaids !

As a tiny final note: also those original steel bracelets quite attractive still to me,
although a (vintage ?) true tropical is so appropriate

- always great to learn more,
now that I have completed the TT-DSA 'double', recently..

Exactly like those which are on the TT DSA.

I wrote " it seems " because we don't have a lot of material ( press files, ads, catalogs, and so on ) to affirm that the pointed skeleton were the only ones.

BUT, from these docs, plus another one I saw, there were no other configuration.

The hands on Blomman's pics of the JLC-DSA EU (your point 2) are much more likely to be correct, although this combination, as is evidenced in this thread, has never been supported by any documentation (to date).
BUT, I have probably seen 4-5 different DSAs (US versions) with this exact type of hands, so I strongly suspect that some DSAs might have been released with these hands.

As we can see, we can't always rely upon past brochures to know for sure how the real product was ultimately when it left the factory.

And to speak of the DSA, we know it has had 2 different fonts on the bezel (although again only one shows in the documentation), so why not 2 different types of hands ?

You know me, my friend – I am always curious and want to learn more!

So always some questions included…

I am sure you will enjoy your TT double even more the more of their background and history we discover here!

Soon I hope to make mine…

--shall I send my little Volvo truck??

Very happy for you, already now, my friend !

My collection wouldn’t fill a soda can…

So no truck needed!

Thank you for the offer, my friend

But with some luck I will have it soon!

In that case – if I am the one left and you are the one to the right! 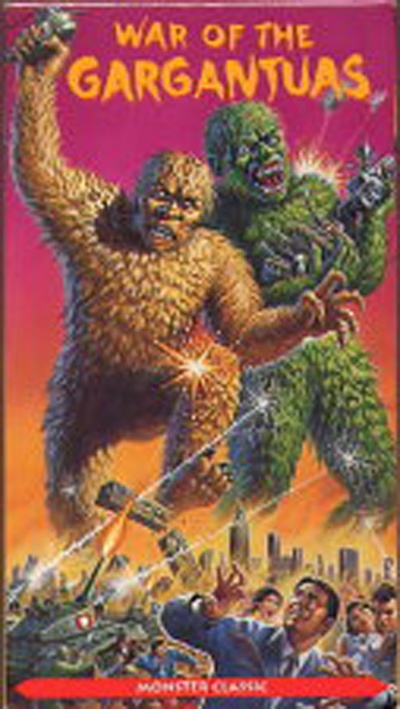