I bought this Hoga chronograph from a former watchmaker who imported and distributed Hoga in Denmark in the early seventies. It has never been sold and is unused.
I could not find much information about the Hoga factory besides it was a small Swiss factory that made ​​the otherwise clocks. They used other factories movements.
This Hoga have equipped with a Valjoux 7734.

I have not managed to find other Hoga chronographs online.

If you know of other Hoga chronographs or know anything about Hoga's history you must please let me know. 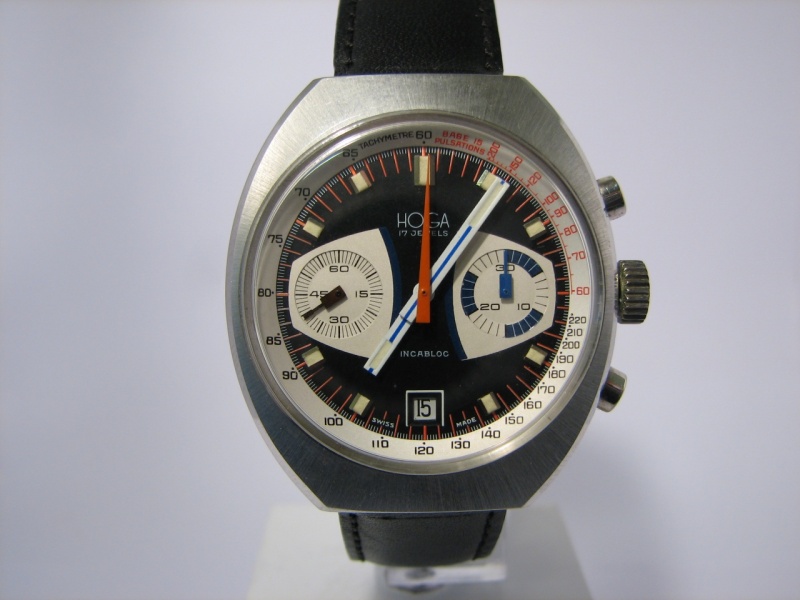 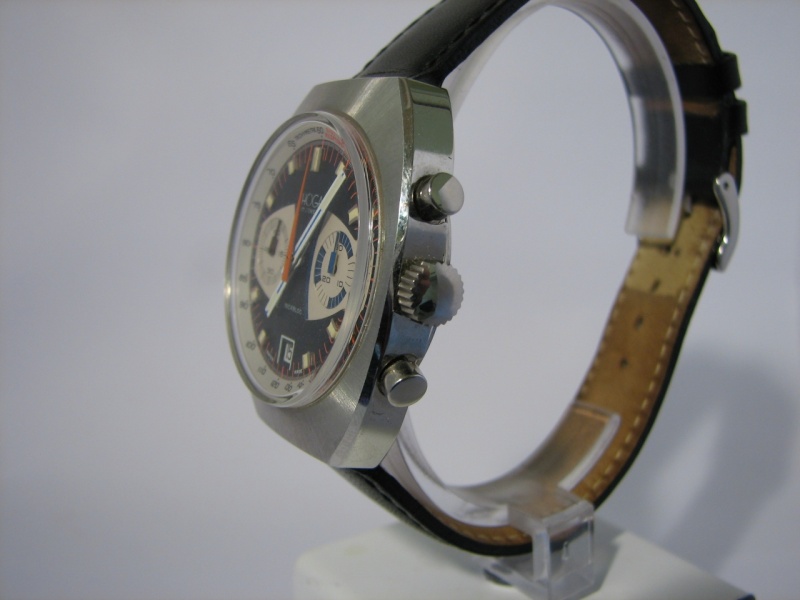 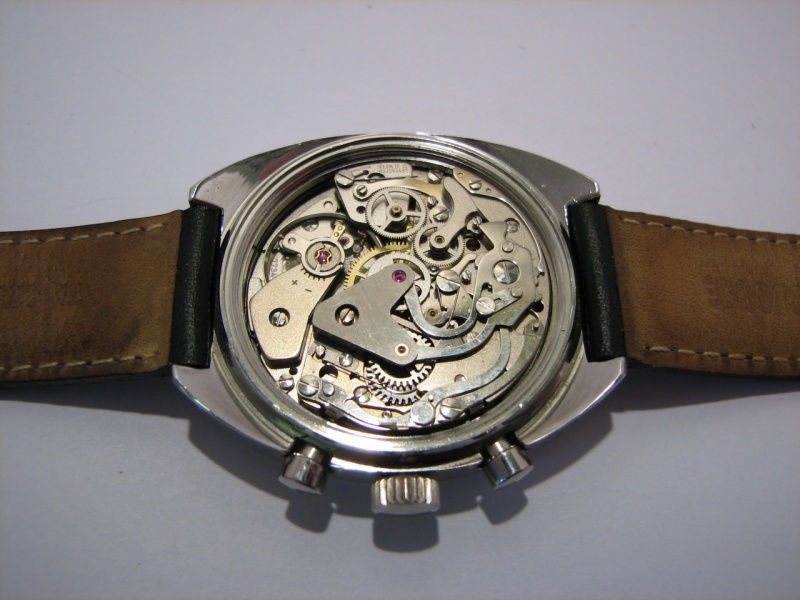 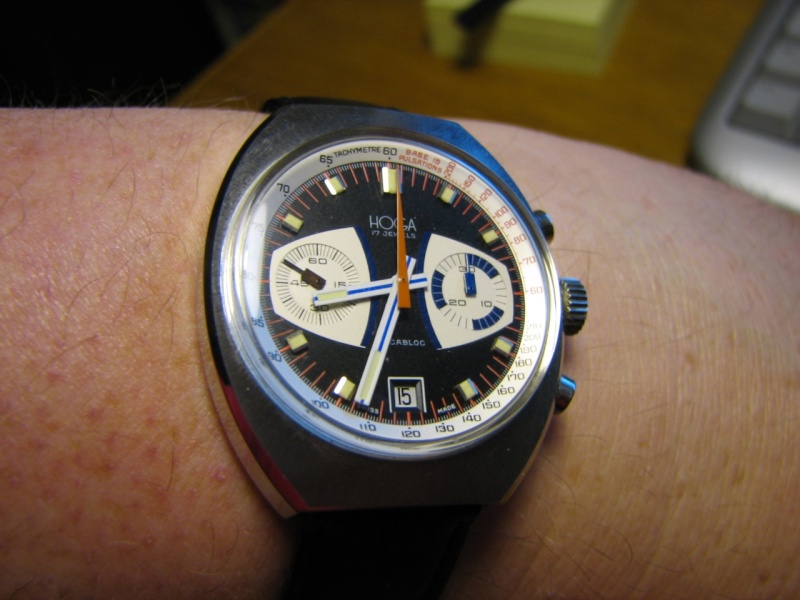 Thanks for posting your Hoga. Very characteristic 70's cushion-shaped case and funky colours. It has been interesting to see this era of watch design coming back into vogue with examples from Tudor, Glashutte Original and Zenith.

I don't know much about the Hoga brand, but the Valjoux 7734 cam-controlled chronograph was widely used by various companies including Tudor (the famous Monte Carlo), Breitling, Bulova and Gruen. It's not a pretty movement, but a reliable workhorse.

Hoga (HOrlogerie GArantie) was started by watchmaker Paul Choffat in 1930 with their selling point being water and shock resistance. They were known for their digital display watches (rather than hands), and a quick search of the internet will show many examples. Paul Choffat's son, James, continued the company in the 1940's and Hoga is still producing watches today. But nothing as cool as your chronograph.

Congrats, give her a good life, Thomas!