This CEO was robbed at gunpoint in broad daylight at his home in San Francisco.  Fortunately, the Governor of California and the Mayor of San Francisco called/emailed him to express their concern.  How nice of these politicians to share their concern.  I wonder if either of those two elected representatives would do that for a citizen with a lower profile.

The CEO believes that the robbers targeted him and followed him to his home, where they then robbed him at gunpoint.  The robbers got the CEO's watch.  It is unknown what kind of watch he was wearing at the time.

This must be a terrible feeling - for many, home is a safe place.  Your personal castle.  You should feel safe in your home.  To be robbed in broad daylight at home is definitely a terrible experience.  Some people are traumatized and even suffer from PTSD after such an incident.  I hope this unfortunate victim is able to recover from this dramatic and potentially traumatic event.  And I'm sure all of us hope that the police catch the criminals.

The issue concerning safety seems to become a laughing matter in many major cities worldwide.  And it's not limited to San Francisco.  Even once-safe cities like Beverly Hills are now suffering from tremendous increases in violent crimes.  It's also not just a problem in the USA - the problem is a major one in Europe and Asia as well.  Watches and jewelry are one of the largest targets.

www.cbsnews.com
Wishing all of our members safety. 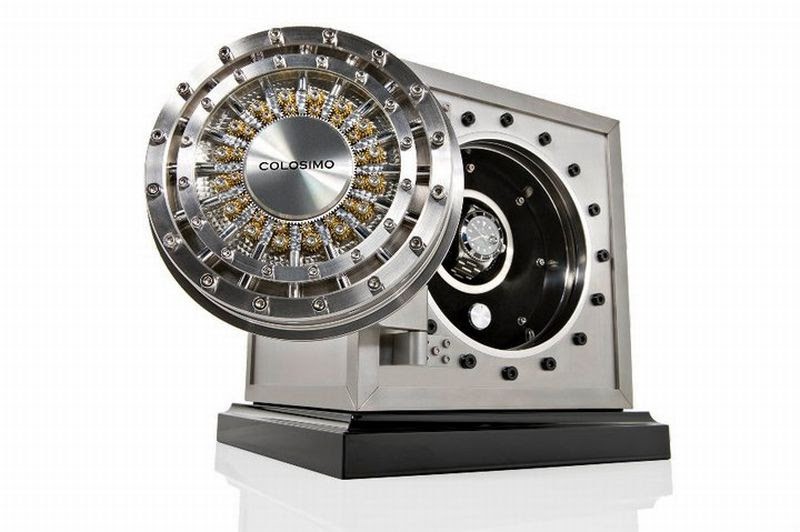 By: patrick_y : September 22nd, 2022-16:20
Makes me want to move to Japan or Dubai! A city with relatively small amounts of violent crime and an overall good track record of crime management.
login to reply

By: enjoythemusic : September 22nd, 2022-13:12
...yet they don't get calls from the government. Many Californians are moving to Texas and Florida for very good reasons. If you still live or have a business within CA, you should seriously consider moving to far better business climates and safer locations.
login to reply

By: patrick_y : September 22nd, 2022-16:17
Without getting too political (we're supposed to avoid talking politics) I used to think Red States were safer. But the crime in Texas has spiraled out of control as well. Especially Houston. California, a "Blue State" is probably still worse, but both are bad. But yes. Business climates can be better in Texas!
login to reply

By: patrick_y : September 22nd, 2022-16:18
And they're probably concerned about optics. They probably don't want the fella to go onto the news too much. Oops. Too late.
login to reply
By: mezentius : September 22nd, 2022-22:52
Lots of similar "off the wrist" robberies recently. One victim was scoped out at a mall by someone posing as a jewelry vendor and was followed and robbed. Another was robbed in the mall parking lot in the middle of San Jose at 2pm on a Wednesday. Years of disastrous social and judicial policy - filling up prisons for non crimes in the so called war on drugs, destroying livelihoods and families, finally catching up with us. You reap what you sow, I guess, but luckily most of the sowers can just afford to pack up and move elsewhere.
login to reply