By: DonCorson : March 3rd, 2010-13:22
"Tuscar": concept for a new timepiece - I just received the following press release from the McGonigle brothers
-

with a limited edition "One of Ten" series

"Tuscar": concept for a new timepiece

With the "Tuscar" featuring their new time-only in-house calibre movement, the McGonigle brothers, John and
Stephen, have retained the qualities that were so successful in their tourbillon, including its distinctive design
elements and transcendental levels of fine finishing, and distilled them to their pure essence.

"We wanted a time-only watch with a high focus on excellent timekeeping; a substantial power reserve; solid
reliability; and with superb finishing and decoration." explains John McGonigle. "The design had to have a clean coherent style and we wanted the principle mechanical elements visible on the dial side. To achieve all of that we had to develop our own movement from the ground up."

"One in Ten" The Tuscar launches with a subscription-only limited edition series of 10 pieces called, "One of Ten", featuring a white gold case and a transparent sapphire dial revealing all of the subtleties of the stunningly finished movement beneath.

Each watch will be marked "One of Ten" rather than individually numbered.  This first series will be distinctive from models to follow by virtue of materials used in the movement, the design and shape of certain bridges, the type of finish of individual parts and the engraving. "To ensure the success of our new calibre, we teamed up with the legendary Alberto Papi, one of Switzerland’s finest designer constructors, to help refine our movement design and specifications." says Stephen McGonigle.

"Tuscar" is the name of a group of rocks with a lighthouse that is often the first part of Ireland seen by those approaching by sea from the east. The solidity the name evokes is a powerful analogy for the McGonigles’ new model.

After many years working on complicated timepieces with some of the most prestigious brands in Switzerland, John and Stephen McGonigle launched their brand, "McGonigle Watches" in 2007 at Baselworld, as candidate members of the AHCI. Their first model, a tourbillon, was critically acclaimed for the purity of its design and function as well as for it’s high standard of workmanship and finish. 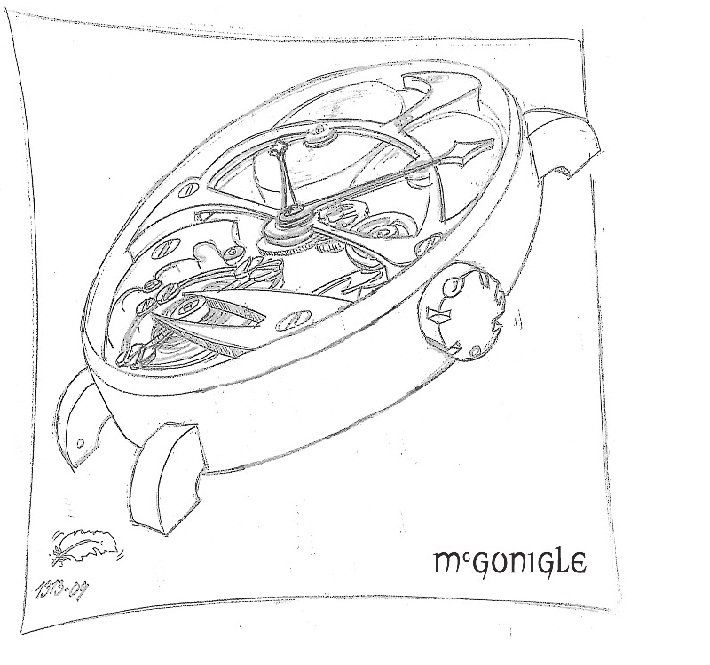 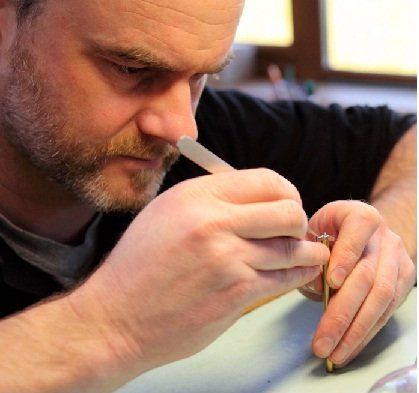 John McGonigle studied watchmaking at the Irish Swiss Institute of Horology in Dublin before spending two years repairing watches and clocks in Ireland & the UK. After studying at the international watchmaking school, WOSTEP in Neuchatel, Switzerland, John worked as a service manager and watchmaker in Bermuda. On his return to Switzerland, he worked for five years with Audemars Piguet in Le Brassus. This was to be a pivotal period in his career as he gained considerable experience and skills in traditional ‘haut de gamme’ watchmaking.

"At Audemars Piguet I specialized in extra flat watches, perpetual calendars, minute repeaters and their famed titanium caged automatic Tourbillon which remains the smallest production Tourbillon ever made. I also had the opportunity to restore many of their antique and complicated watches."

After a rewarding period absorbing and learning as much as he could at Audemars Piguet, in 1997 John seized an opportunity to develop prototypes for Christophe Claret. There he developed Grande Complications, Tourbillons, Automates, and Minute Repeaters with Westminster Chimes.

In 1999 John returned to Athlone in Ireland, and established his own watchmaking workshop where he produces complications for Swiss watch houses. In 2007 John joined forces with his brother Stephen to create their own
brand, McGonigle Watches, which they launched at the AHCI stand as candidate members with their first model, a tourbillon. 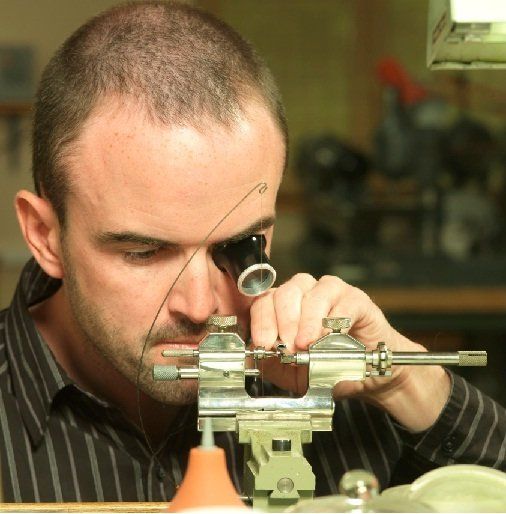 
Stephen graduated from the Irish/Swiss Institute of Horology in 1996 winning a scholarship to Switzerland. He followed this with some excellent experience working for Somlo Antiques in Piccadilly, London as a specialist in the restoration of fine antique watches. He then moved to Switzerland where he joined his brother John working at Christophe Claret producing complications of every kind, from sapphire Tourbillons to Tourbillon Minute Repeaters and the development of complicated prototypes for prestigious brands.

Stephen subsequently joined Frank Muller where he worked in the production and after sales service of complications and gained experience with the Grand Sonnerie wristwatch. After Frank Muller Stephen moved to Breguet as Head of Complications in After Sales Service, and was involved in the training of watchmakers. Amongst other work, Stephen had the valuable opportunity to work on the restoration of the famous Sympathique clocks. He then joined The British Masters as Head of Complications. Stephen then opened his own independent atelier creating complications for some of the most prestigious names in watchmaking.

In 2007 Stephen joined forces with his brother John to create their own brand, McGonigle Watches, which they launched at the AHCI stand as candidate members with their first model, a tourbillon.

I'm very happy to have news from them and I can't wait to see more !

Not to be a prick but i think more independents should at least put a MSRP on their site.

I love their previous works and hope to see some live pics of this new one soon.

cant wait to see first real watch pics, but  i didn't get it clearly, the whole watch will be produced in edition of 10 ,  or its just the first 10 timepieces will be produced will come in special edition.   glad to hear news from McGonigle.

By: Tim Jackson : March 4th, 2010-11:18
This is essentially the formula for them to get to develop the movement and then their new watch will be produced in greater numbers later, once this initial series has provided the capital for manufacturing & development costs.
It is offered at what I consider to be a very enticing price for what it is. The serially produced future timepiece offered with this movement will I'm sure be more money, at least that is what I'm lead to believe.
I suspect in years to come those lucky 10 will be quite happy to have another piece of horological history. John & Stephen's work is superb, anyone who has laid eyes on their first watch, the McGonigle Tourbillon, can attest to expert artists & craftsmen these two are. I have waited a couple of years for this to realised and am thrilled to see them get to this stage.
They deserve much success, as the guys in the background of several major complications from high profile watch brands, their complete own creation is something many collectors have been desiring for years.
Cheers,
Tim

thanks for clearing this matter to me mate, hope it wont be long between the 10 produced and the other produced ones in highre numbers.

Looking forward to seeing this one.