your encouraging feedback to my recent post on my first impressions with the Ochs und Junior Anno 50 (click here) prompted me to narrate on what happened recently.

I was sitting on my breakfast table, preparing my morning coffee before heading to the airport to catch the early flight to Rome for a business trip, when I suddenly noticed the Ox presenting himself prominently in front of my eyes: 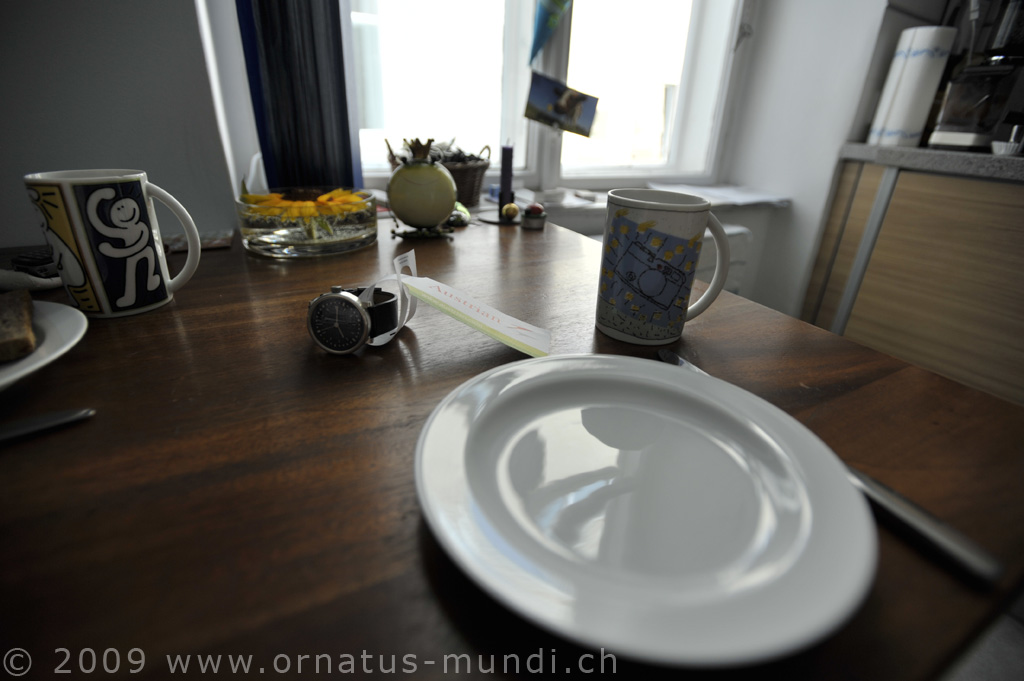 Something was different from a normal morning! A second look and I realised that the Ox insisted on accompanying me to my destination north-east of Rome, clandestinely already finished his travel preparations and was ready to board the aircraft with me: 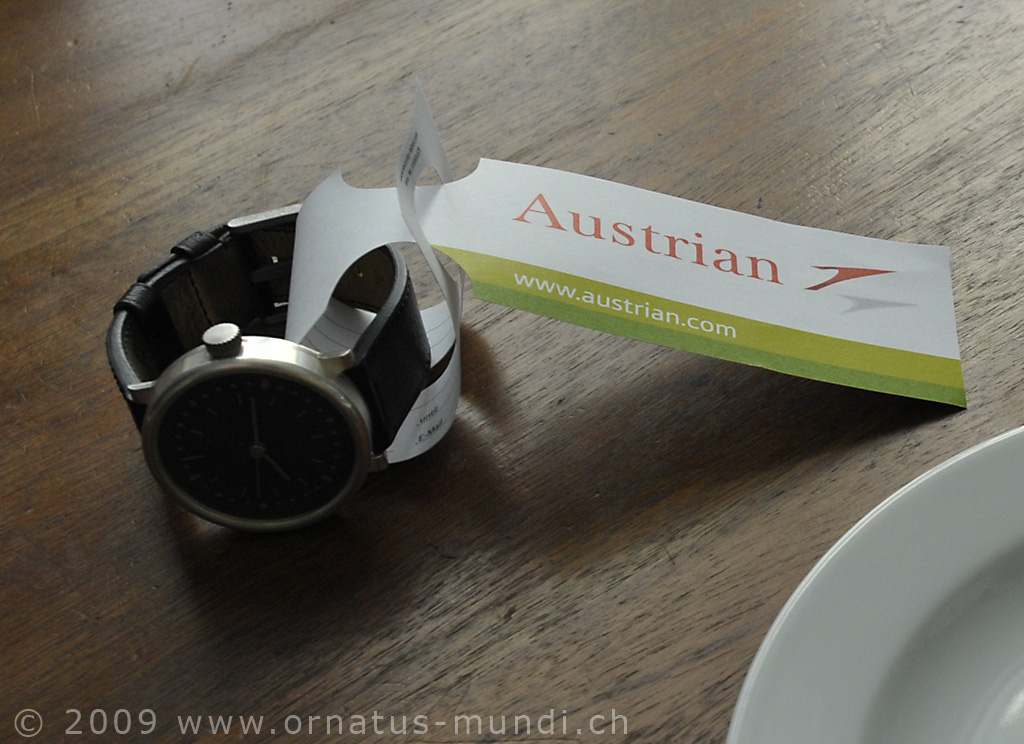 Ok, what should I do? Mess with an Ox? No, thanks, so with me he went.

Luckily, he behaved during flight and agreed to cure his mild dizziness in my hotel room while I had my first meetings. 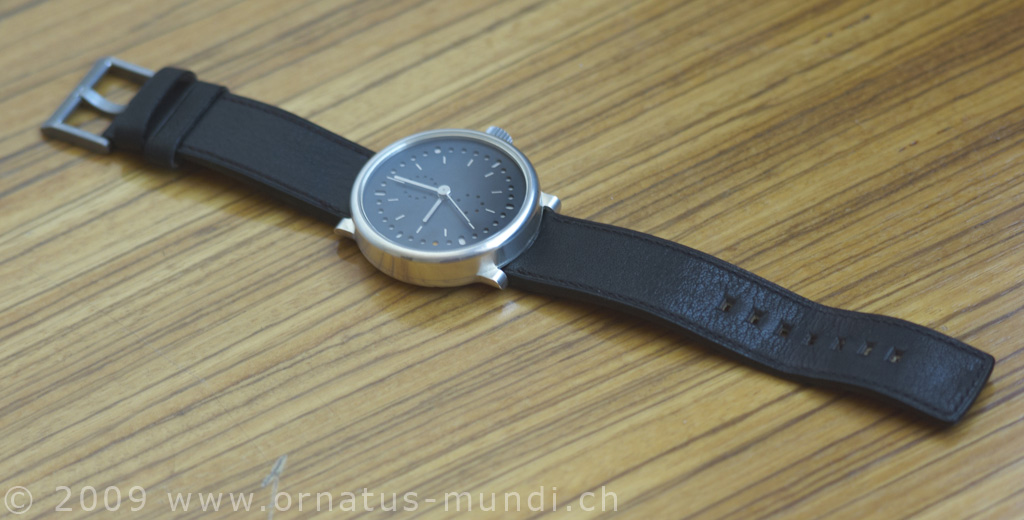 But as soon as I returned late in the evening he started complaining heavily about being locked away in the room, bitching and moaning about the room service (which apparently ignored him entirely) and the air condition and so on. He was clearly angry, just note his dense face: 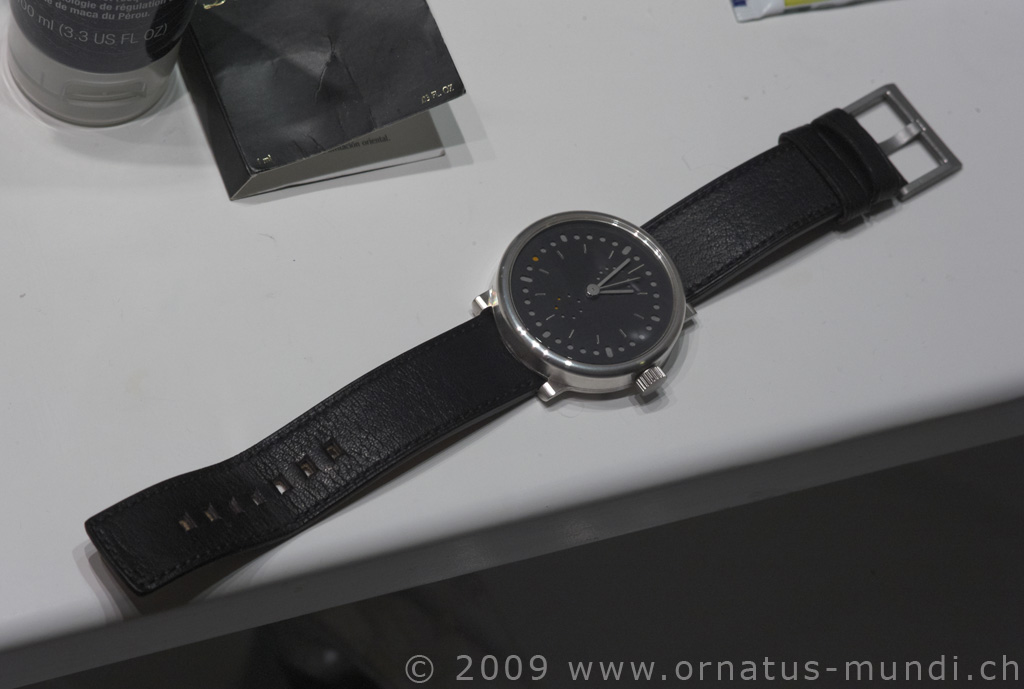 Being a good watch caretaker, I succumbed to this demonstrated misery and promised to take him with me the next day. As meeting were supposed to take place on a yacht, it promised to be an entertaining days for us both. We left very early in the morning before sunrise. Immediately, the Ox took the pole-position on the boat: 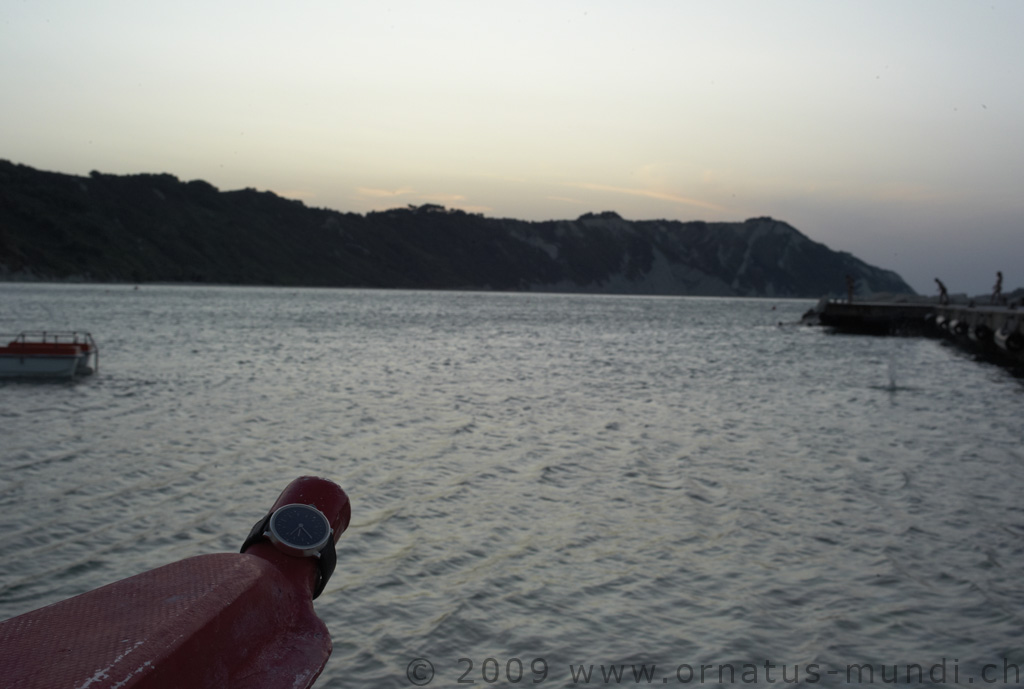 He liked the Adriatic Coast a lot: 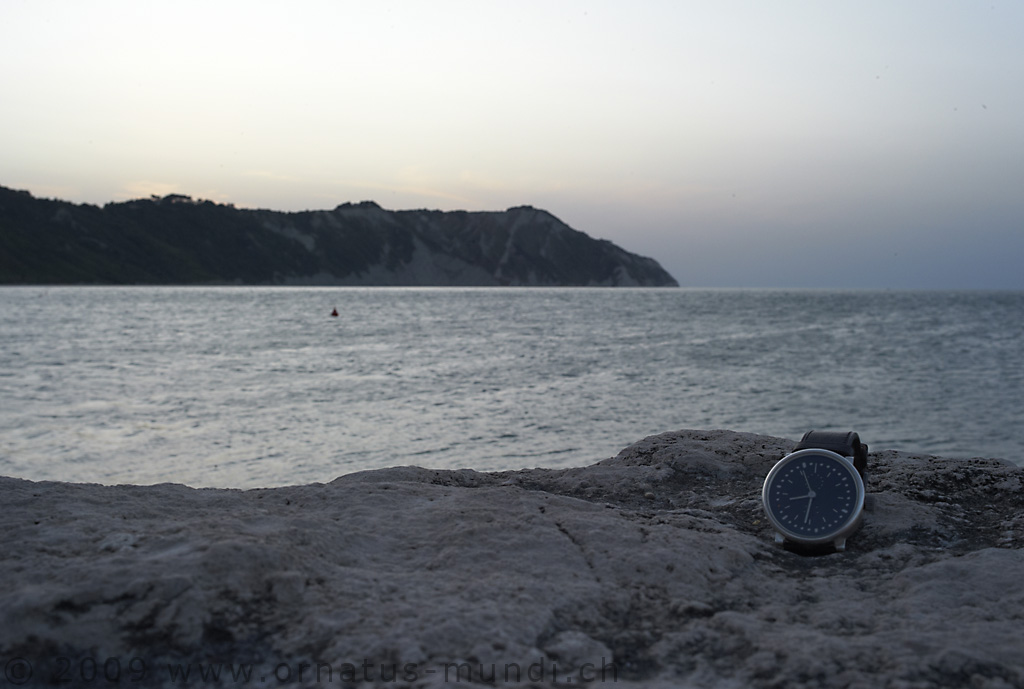 But the seesawing yacht did not do him too good, his face looked anaemic and so we went to the beach for a sunbath. He did not bother to listen to my preachings about the sun...: 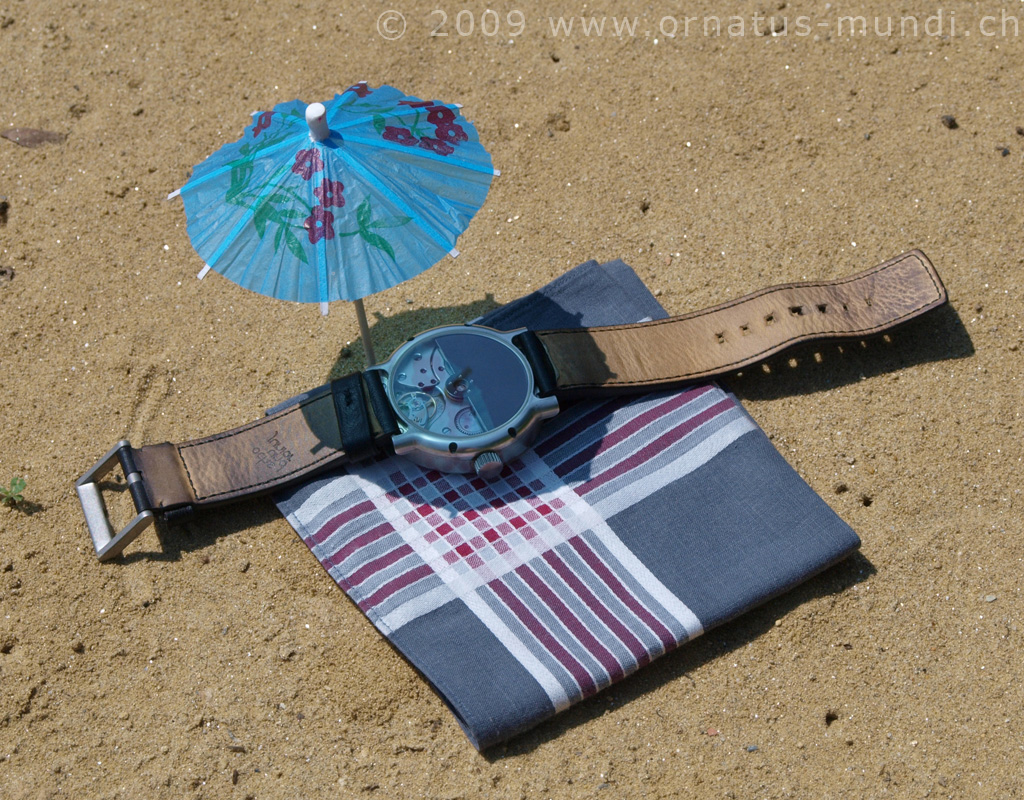 After some time I realised it was too late: a typical horological sunburn 'adorned' his strap! Ouch, that hurts! 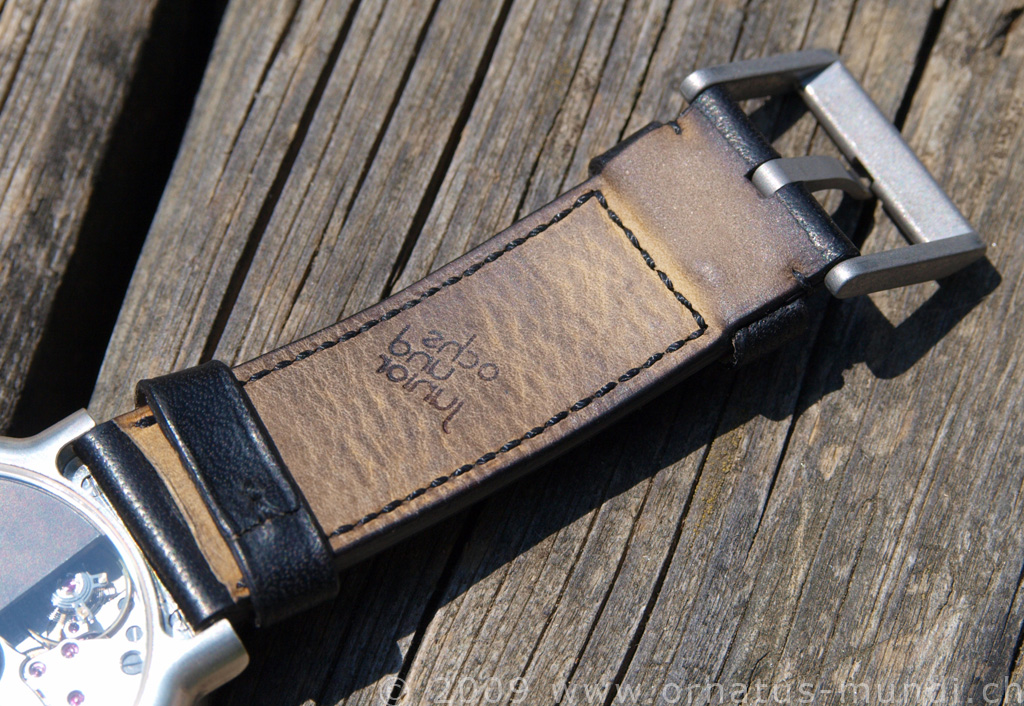 So for the rest of the evening, the Ox hid from the sun and enjoyed the beach from a safe distance: 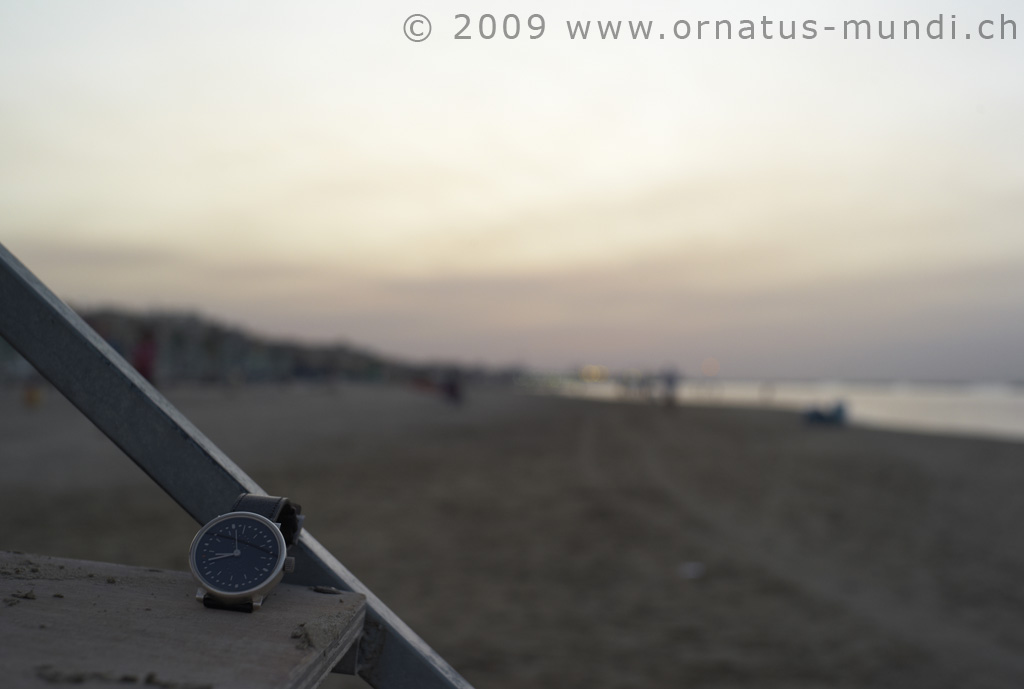 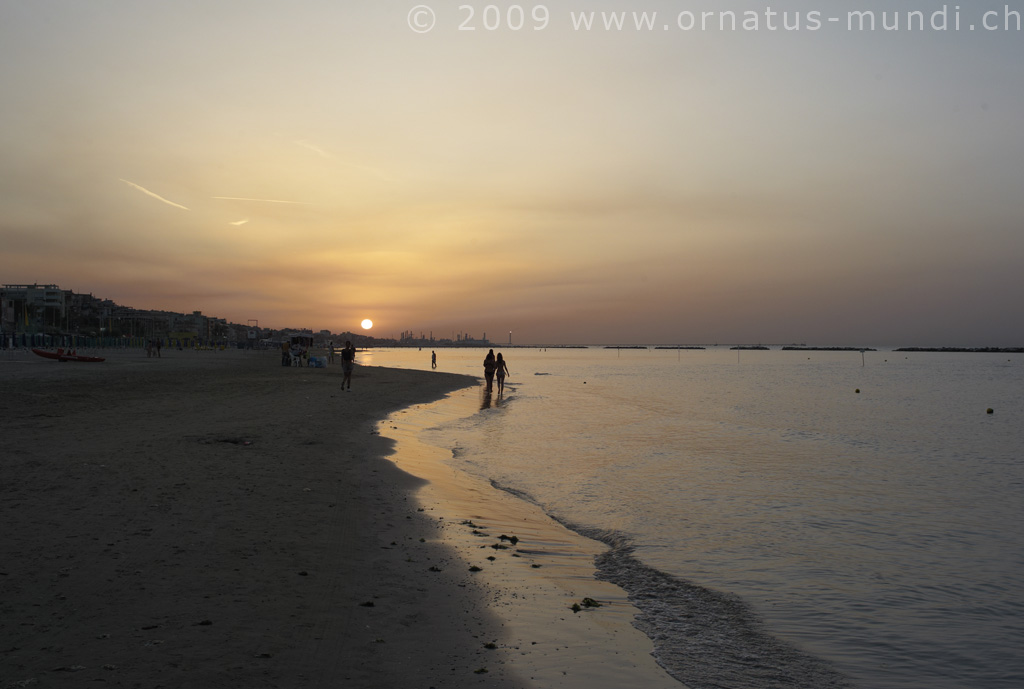 Time passed, we had to consider our trip back to Vienna very early next morning, but would not leave without a romantic dinner at the beach, just the two of us: 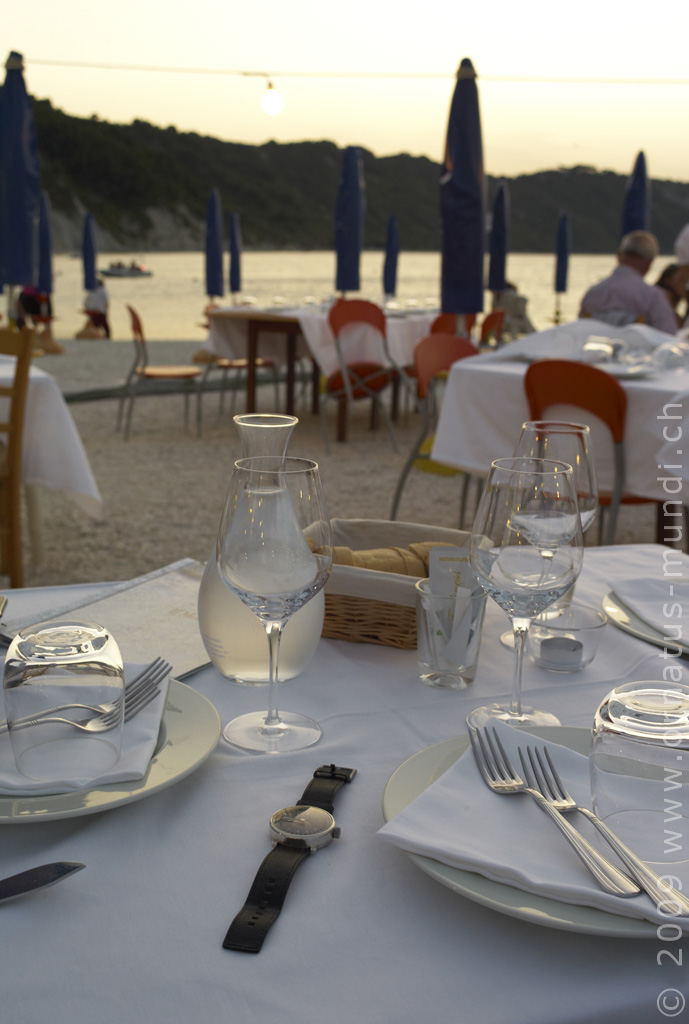 Back in our hotel, the Ox immediately dose off and fell into a deep, relaxing sleep full of sentimental dreams: 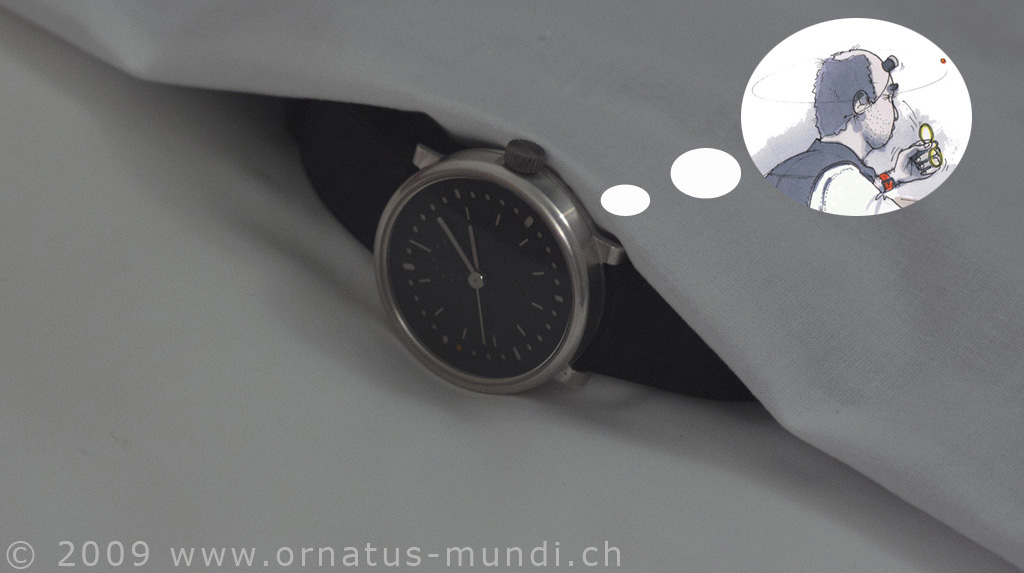 Next morning, again very early, I had trouble to get awake, not to speak about the Ox. He was still asleep when we checked in, and wondered what happened when he finally opened his eyes in the airport lounge. I thought his day may begin well with some sweet reminders of his country of birth...: 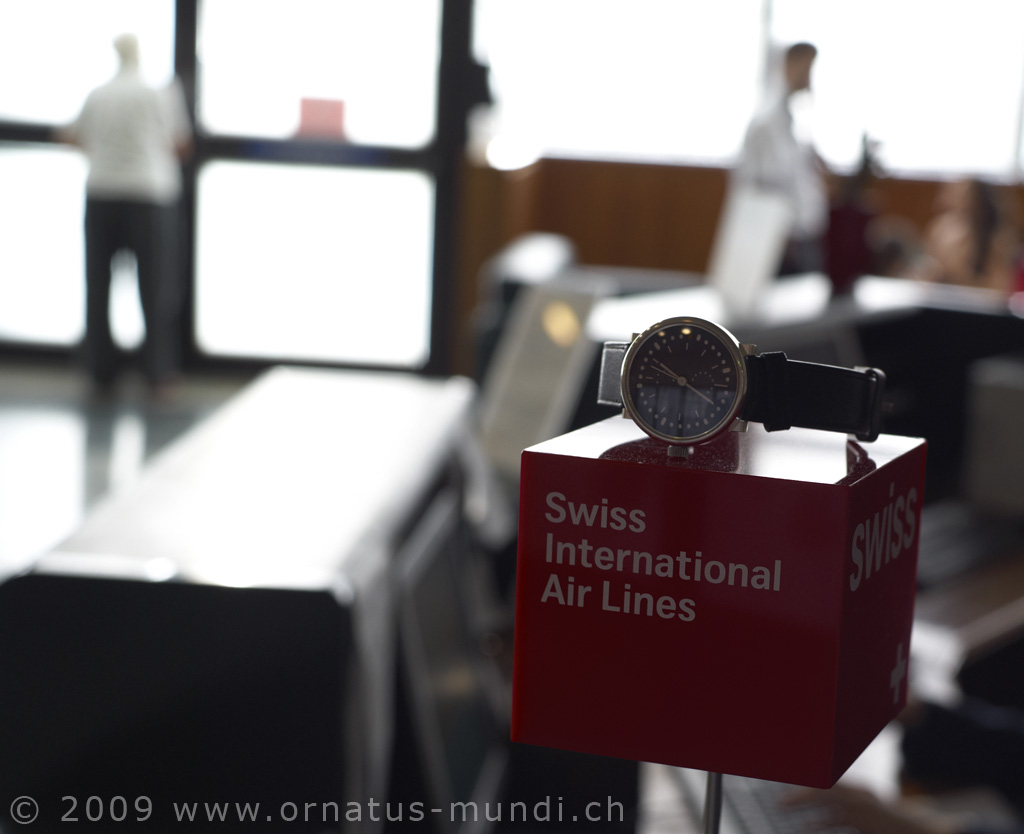 The rest of the trip went smooth and quiet. We knew that we get along very well together, which is important for any friendship!

I hope you enjoyed this little story as much as I did!

By: Douglas : August 3rd, 2009-13:50
I took my Ox to several art galleries and an art auction fair, but all in NYC.  I am not allowing your post to go further since I don't have plans for a trip to the Adriatic coast just now.

Magnus, you have the imagination and artistic flair to turn these brilliant posts into published books. if the duchess of york can do it then anyone can.

i'm very glad the Anno 50 enjoyed his trip to the adriatic and may there be many more trips abroad for him.

With Cen’s travelogs and pplater’s dinner parties I can see a new age dawning in watch reportage.

Great stuff and I particularly enjoyed Anno 50 sunbaking under the beach umbrella.

By: patrick_y : August 3rd, 2009-23:35
I really liked the photo when Ox was sunbathing with the umbrella. What a character your watch is!

Thanks for sharing and making me smile.

got along so well.  I am sure you will now welcome his company on future trips!

By: dxboon : August 11th, 2009-01:58
I loved your post!  My favorite photo is of the Ox under his umbrella!  Too cute!  Thanks for sharing such a wonderful adventure with us!  I can't wait to see where you and the Ox go next!