Comments:
By: chintu : January 13th, 2021-09:22
H.Moser has relaunched its Endeavour Concept Minute Repeater Tourbillon in Titanium.
It is being produced in an LE of 20 pieces priced at USD 330,000 which is the same price at which the White Gold version was first launched in mid 2019.
This is adorned by a blue dial and boasts of 90 hr power reserve.
A tiny question is in respect of caliber HMC903 which earlier was stated earlier to have been co-developed with Manufacture Hautes Complications SA (MHC).
MHC seems to have gone into liquidation and the caliber is stated to now be co-developed with Timeless SA..
At $330k it is a large chunk of change; and the 20 piece LE seems a rather courageous move by Moser.
Cheers. 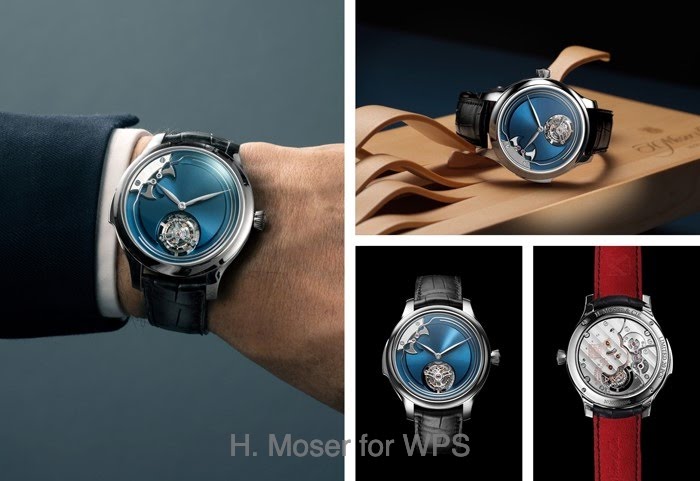 I would say it’s more than courageous from Moser to launch this LE and position it at this price point. From an outside perspective, I‘d think they don’t intend to sell them all at this price or make money on it, but rather to raise interest and profile of the brand so they can sell more of their standard fare at higher prices.

Best,
Daniel
login to reply
By: chintu : January 13th, 2021-19:55
IMHO if they had positioned this piece at circa $150K, they would have created a major flutter and redefined value proposition.
If anyone has the audio file of this repeater chiming , it would be lovely to listen and conclude if they got the game right.
login to reply

By: ArmisE : January 13th, 2021-22:19
Here is the link. If you scroll down you’ll see the short video which demonstrates the striking sounds. It’s a beautiful piece. www.h-moser.com /

By: Brandon Skinner : January 13th, 2021-15:25
Just minimalistic enough to make it striking... pun only somewhat intended. The movement side leaves a little for my eyeballs to be desired. All in all a very nice effort and hope they can find good homes for these beauties.
login to reply