Comments:
By: Denes_Papp : December 12th, 2020-13:29
One of the watches on my long desired/wanted list was the UN Sonata. My only reservations was that it "did not have enough blue" on it. I have a particular bias towards watches  that have a predominantly blue dial. (In my motley collection I have a UN Blue Surf, a Marine Perpetual LTD, Moonstruck an Omega Seamaster Big Blue and a Blancpain FF Chronographe Flyback Quantième. All prominently blue dialed watches.) When I first saw, the cathedral gong alarm complication, it was very appealing to me, since I adore minute repeaters and will never have anything other than a pocketwatch repeater.  Also the easy time zone changing feature. The "spectacle" watch hands were a nice touch, but to my eyes were a little confusing to read them, especially in low light conditions. Then came the new Classico LTD. It has a classical and elegant design with just a little daring and a bit of mechanical detail showing (the regulator), well readable glaive hands and not too much lume. Photos of the dial do not do justice, not quite giving back the beautiful ocean deep blue and the constant change of color of the Geneva stripes. The color on the official release pictures does not even come close to reality.
A few months ago I had the chance, the funds and the courage to finally get a Sonata. I had a choice between the original with blue dial and the Classico LTD edition, for pretty much for the same price. Finally after several weeks of vacillation I chose the Classico LTD. It did not disappoint me. It has been a daily wearer for the past three months and standing up for the daily rigors very well. I am an anesthesiologist and  go around all day, washing my hands and arms several times by disinfectant and so on. I was wondering in the beginning how the croco strap will take all the alcohol based sanitizers, but so far it still looks like new. A nice addition to my "blue stable".
Denes 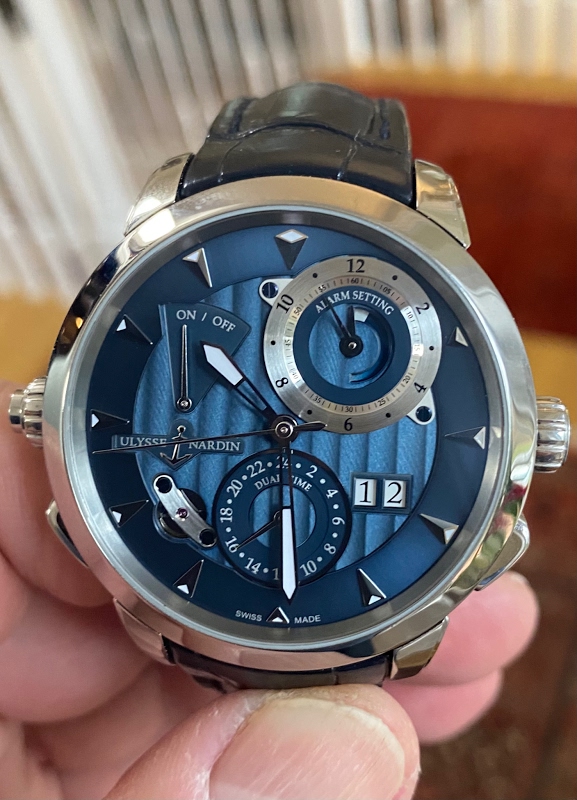 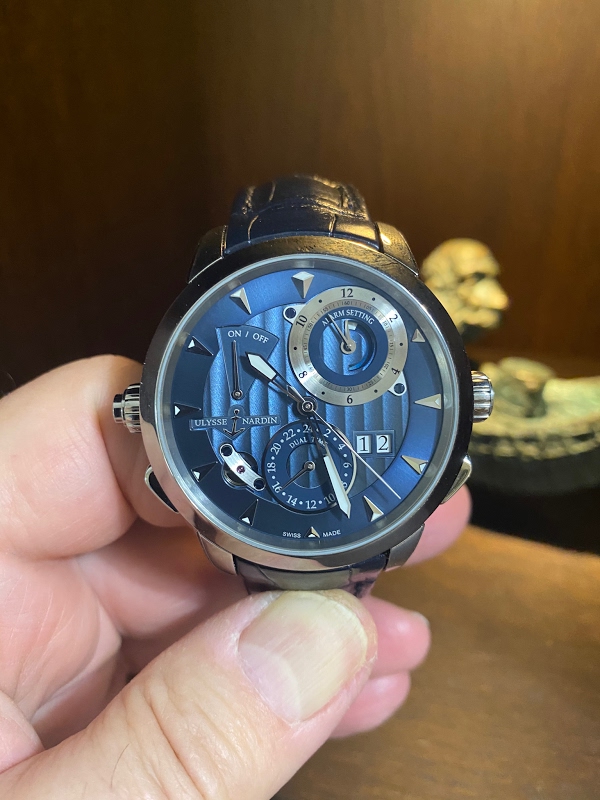 Alcohol gel on hands smells nice. When i quit drinking, it surprised me i do clean my hands with it.
My liver must be in perfect condition i think.

With the big watch in a hospital, it must be bumpy.
Ullysse Nardin had made a doctors watch in history, Nicolas have pictures of it.

Your Sonata have everything i want. It is Weems proof.
I hope i can find someday, that watch you own.
login to reply 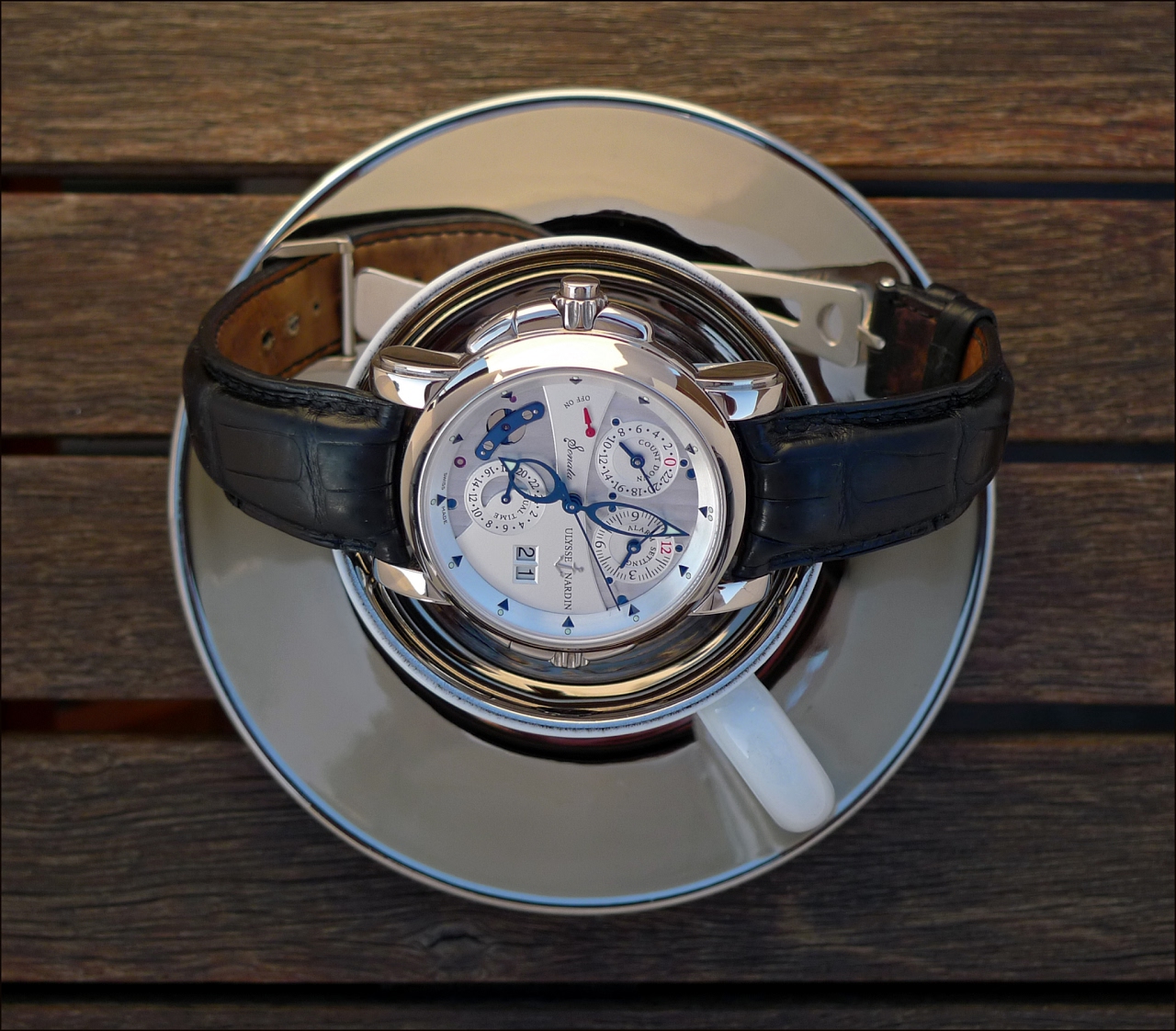 By: mjcruiser : December 12th, 2020-18:15
No message body
login to reply
By: fairfax : January 12th, 2021-18:42
Do you have any on the shots to see how it sits on wrist? I’ve been thinking about one as well and am debating between this 44mm version vs the 42mm older ones. There’s not too many wrist shots other than Monochrome
login to reply 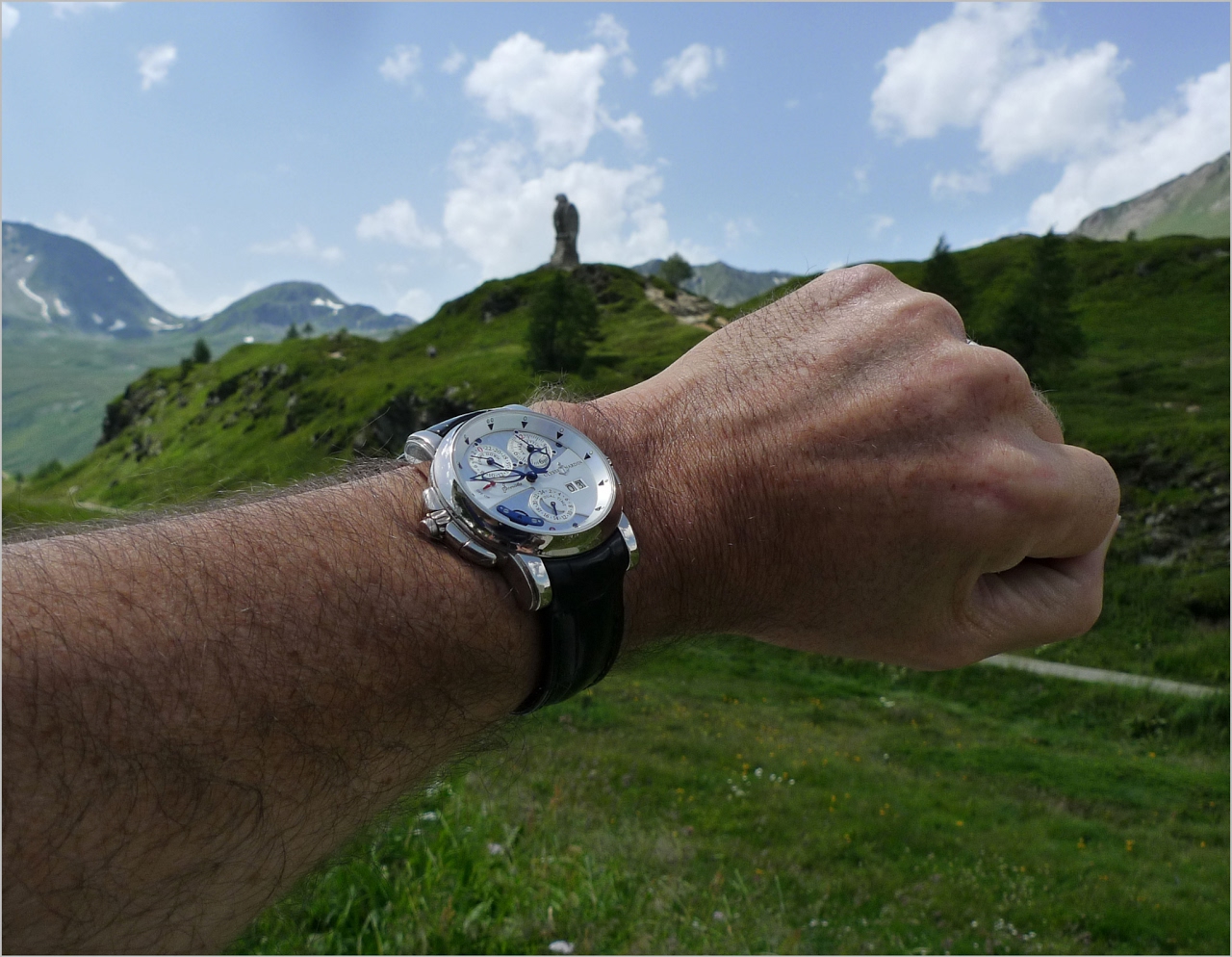