What is the complication shown here? Bonus points if you can identify the movement and watch brand! 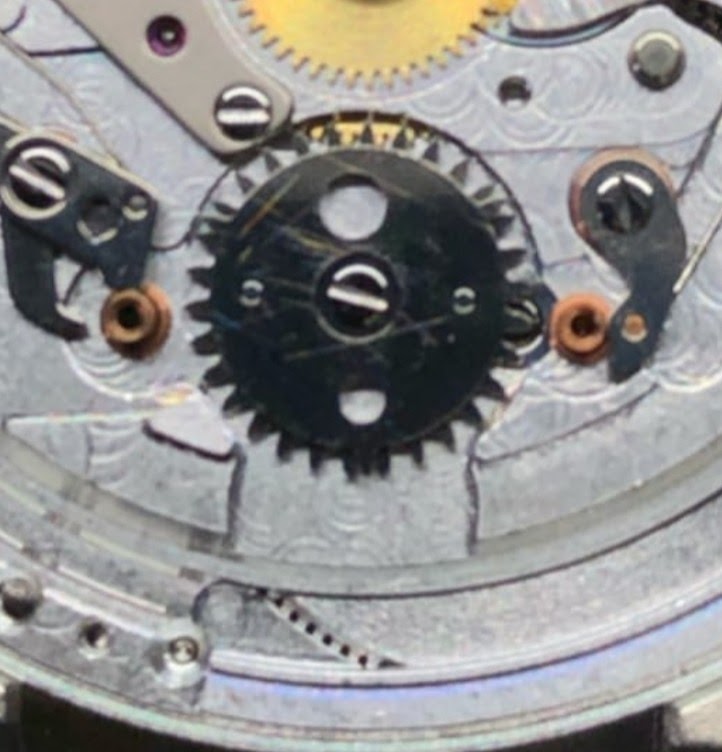 Regarding brand: looking at the decoration and finish, it is a Swiss brand but nothing like Patek or VC, ... something less expensive. 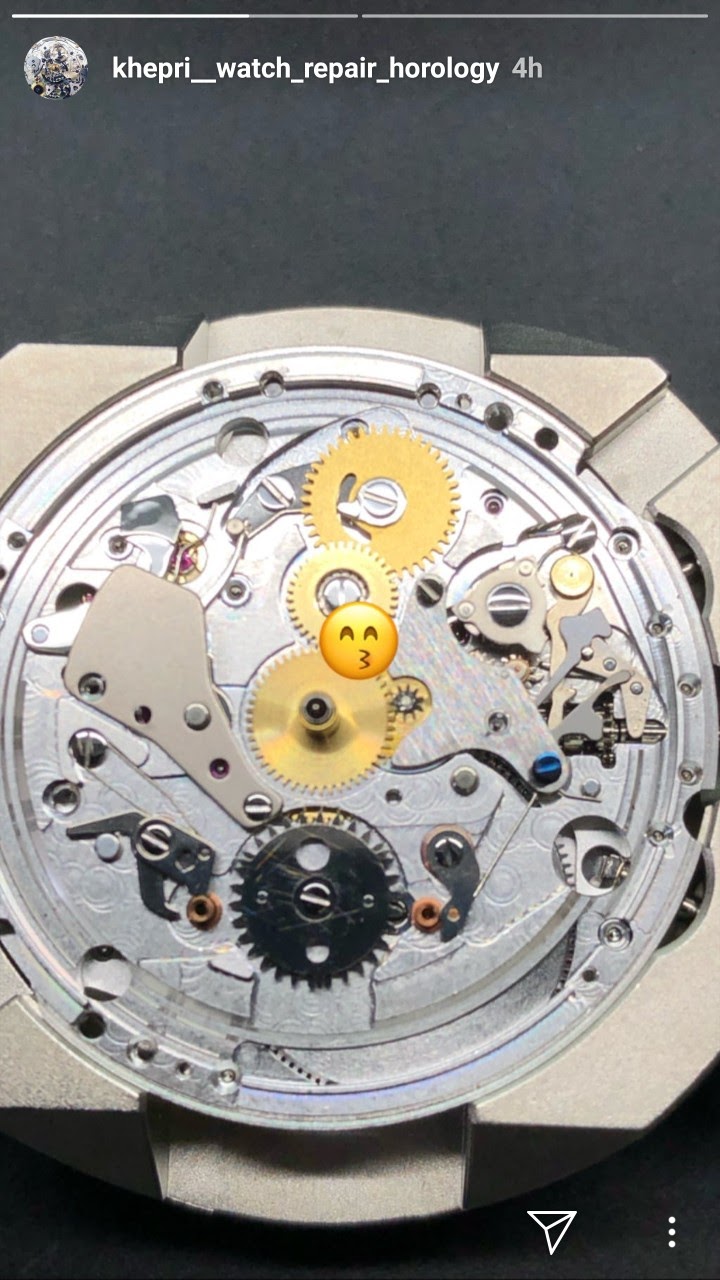 It is indeed, a bigdate complication, which has separate discs for each date digit. This particular version is found in Zenith's El Primero bigdate movements.

Lets call the gear in the photo as the "central wheel". Unfortunately the image is not so clear and is taken from top view, so it is difficult to see the different level of gear teeth. However, you can find the patent online, here: patents.google.com 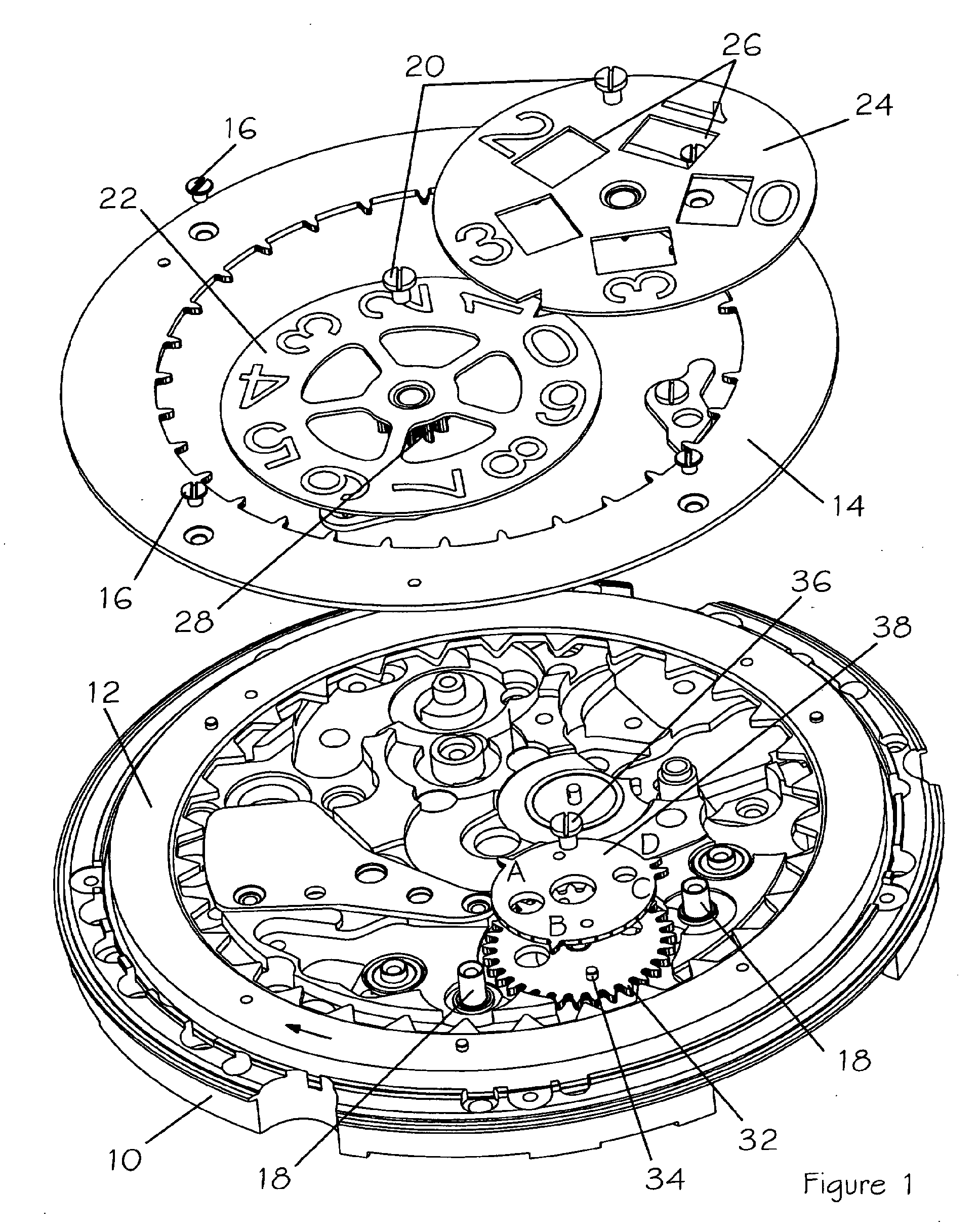 The key to guessing the complication is as ektaylor states, observe the central wheel has nine spaces between a set of extra teeth, which are sitting on a higher level. Precisely, there are four teeth on the upper gear which switches the tens digits, while there are 30 teeth on the lower gear which links to the ones digit.
Remark: I believe in the photo, one tooth may unfortunately be missing. It could be due to forced damage or something, which may be why its sent for repair!

The next observation is the two pivot hubs to the left and right of these wheels. They are meant for the ones and tens digit respectively.

What is not shown in the original photo, is that the mechanism is driven by an auxiliary disc (which is traditionally the regular date wheel) on the periphery of the movement, (14) on the patent image. This disc drives the ones digit, which in turn drives the central wheel and eventually the tens digit every ten days. Now, this disc is special - it is meant to have 31 teeth, but one is missing, this causes the ones digit to "skip" when date changes from 31->01.

However, note the Zenith uses a unique design where the tens digit has two "3" - it changes for both day 30 and 31, even though it doesn't need to. I presume the reason for this is so that the size of the ones and tens digit discs can be made the same size.

The upper central wheel with four teeth changes the tens digit on 09-10, 19-20, 29-30, 30-31. So how about the fifth and final change from 31-01? It actually does this directly via the auxiliary disc, which has an empty notch so it doesn't drive the ones digit, but instead has a tooth that directly drives the pinion of the tens digit from 3->0. This is because the final 3 digit has an extended tooth on the pinion, just long enough to be impulsed by the auxiliary disc. See (44) below image of patent. 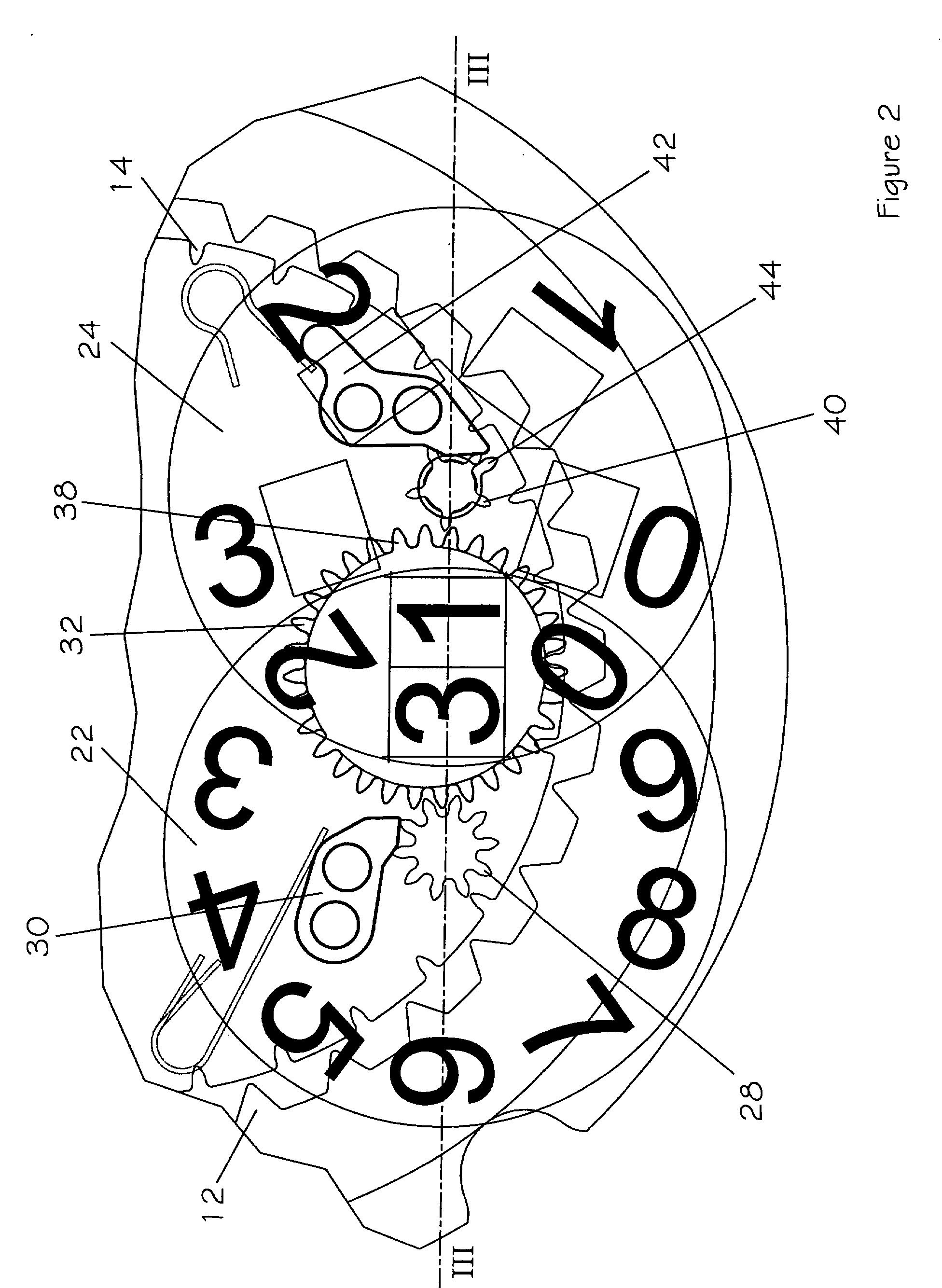 Also note with this setup, the tens digit is geared at twice the speed of the ones digit (sweeps 1/5 a rotation instead of 1/10).

I hope the answer isn't too anticlimatic! A bigdate is not exactly an exotic complication...

By: eklektik : July 21st, 2019-12:52
I am a bit chocked by the "dirtiness" of the main plate. Is that an old movement? Zenith should produce systematically with higher quality nowadays with decent numeric machines.
Best,
É.
login to reply