By: Claudio S. : March 27th, 2020-06:58
Hello,
It's a bit of slowdown, and Im taking this opportunity to go through my collection photo archive and make some order.
I would like to share with You some photos of My RD Sympathie. This is my favourite dress watch ever and I love RD execution of guilloche dial. 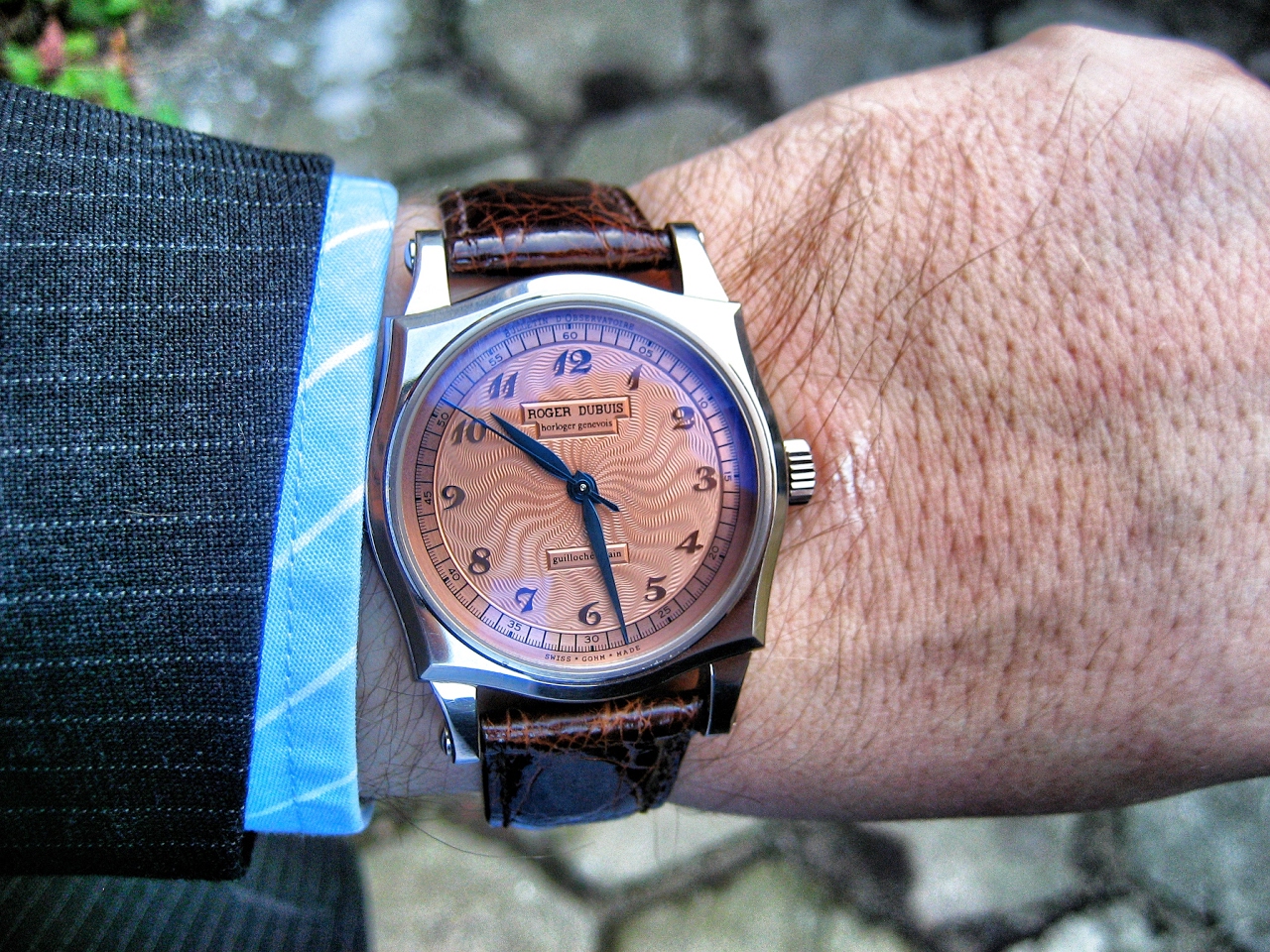 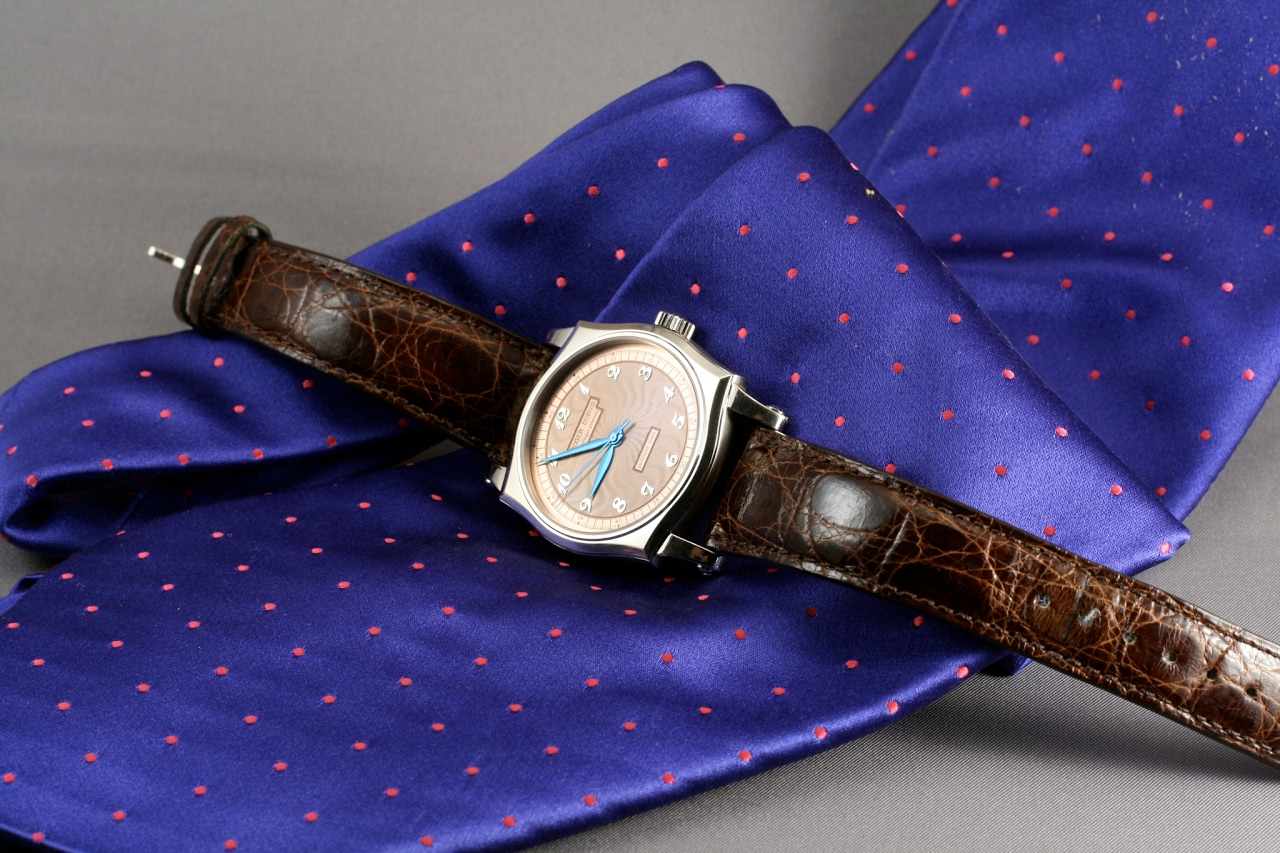 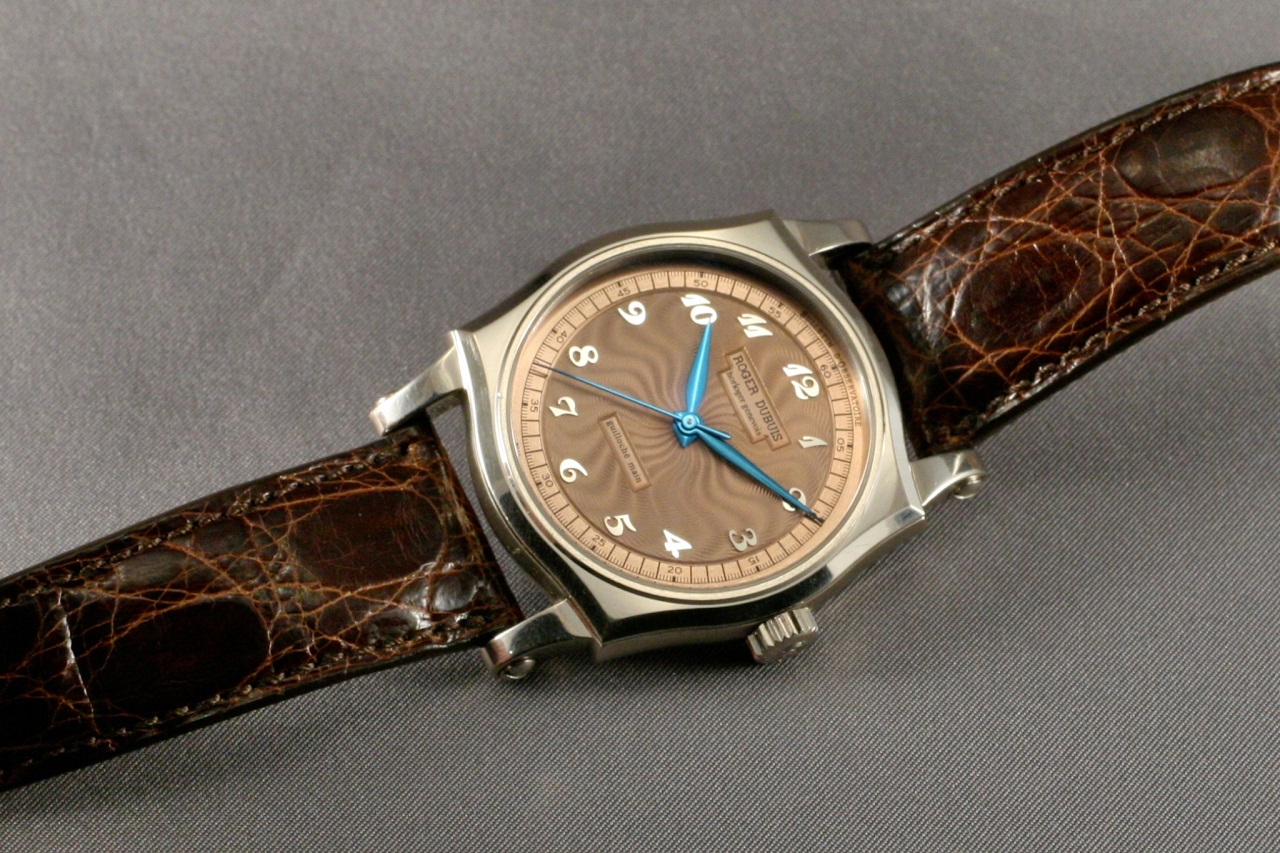 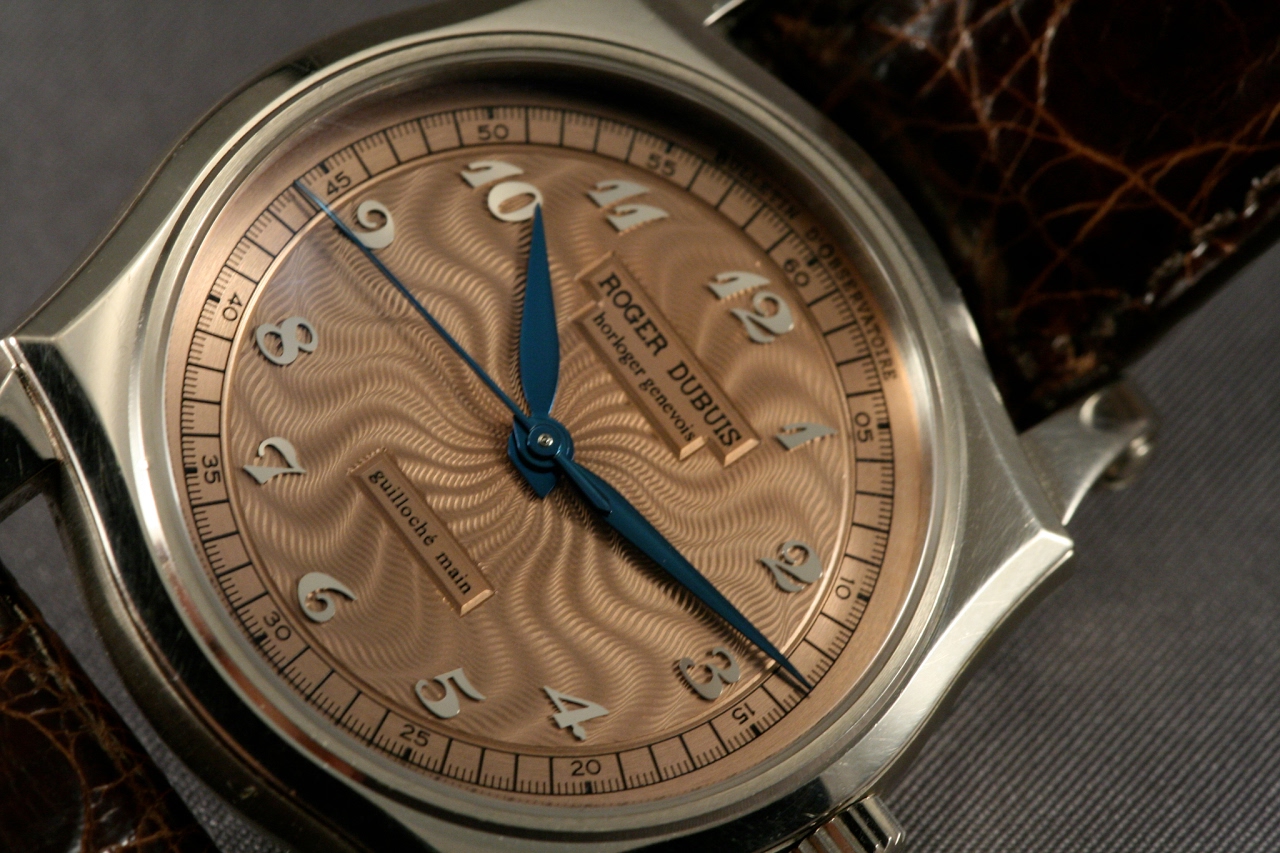 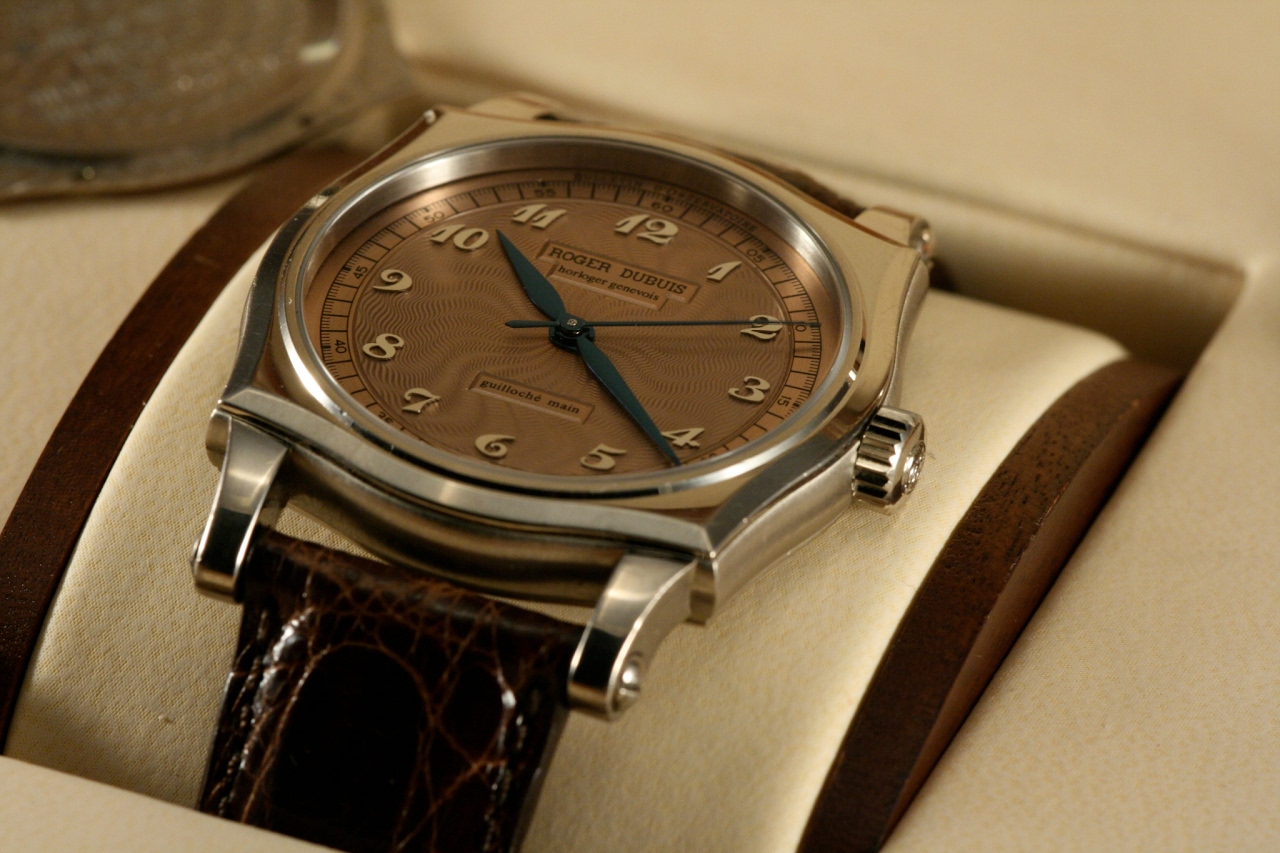 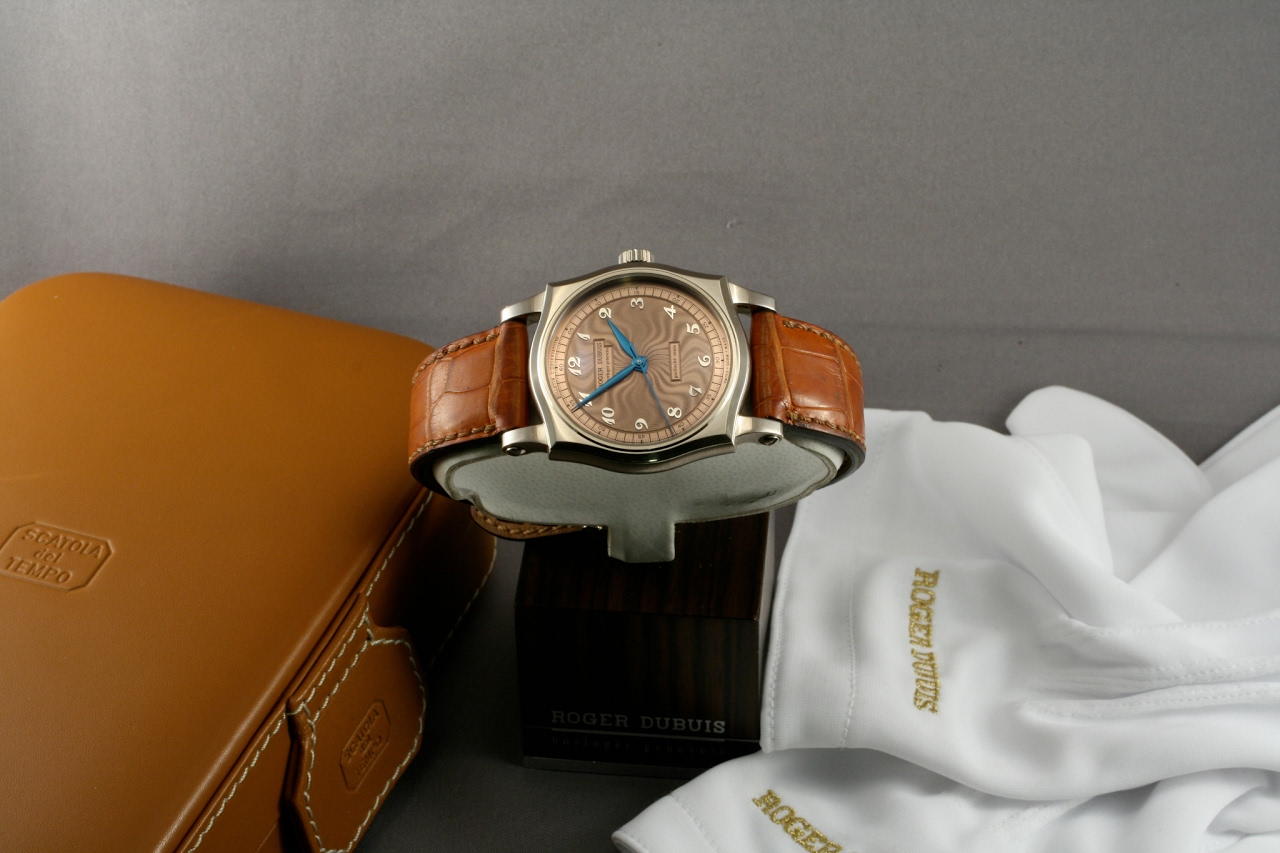 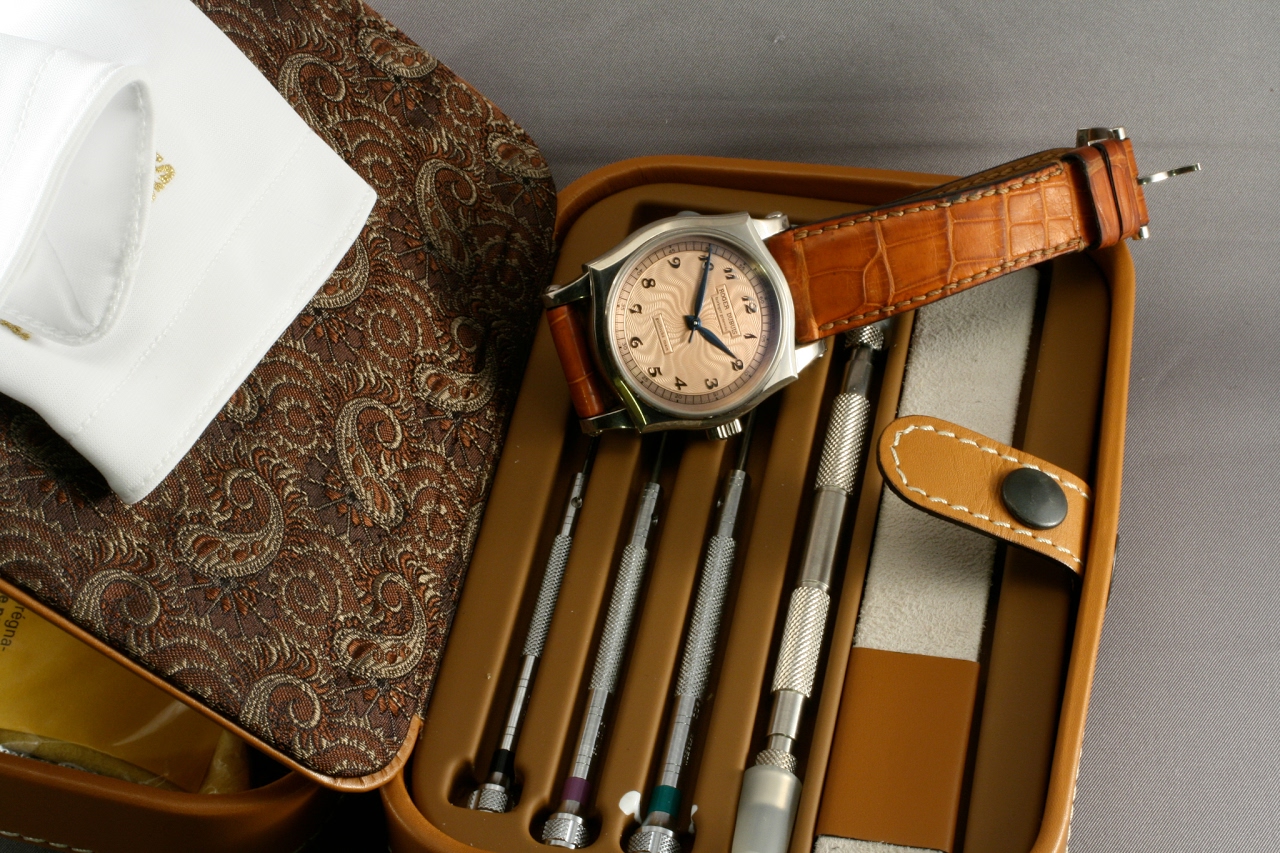 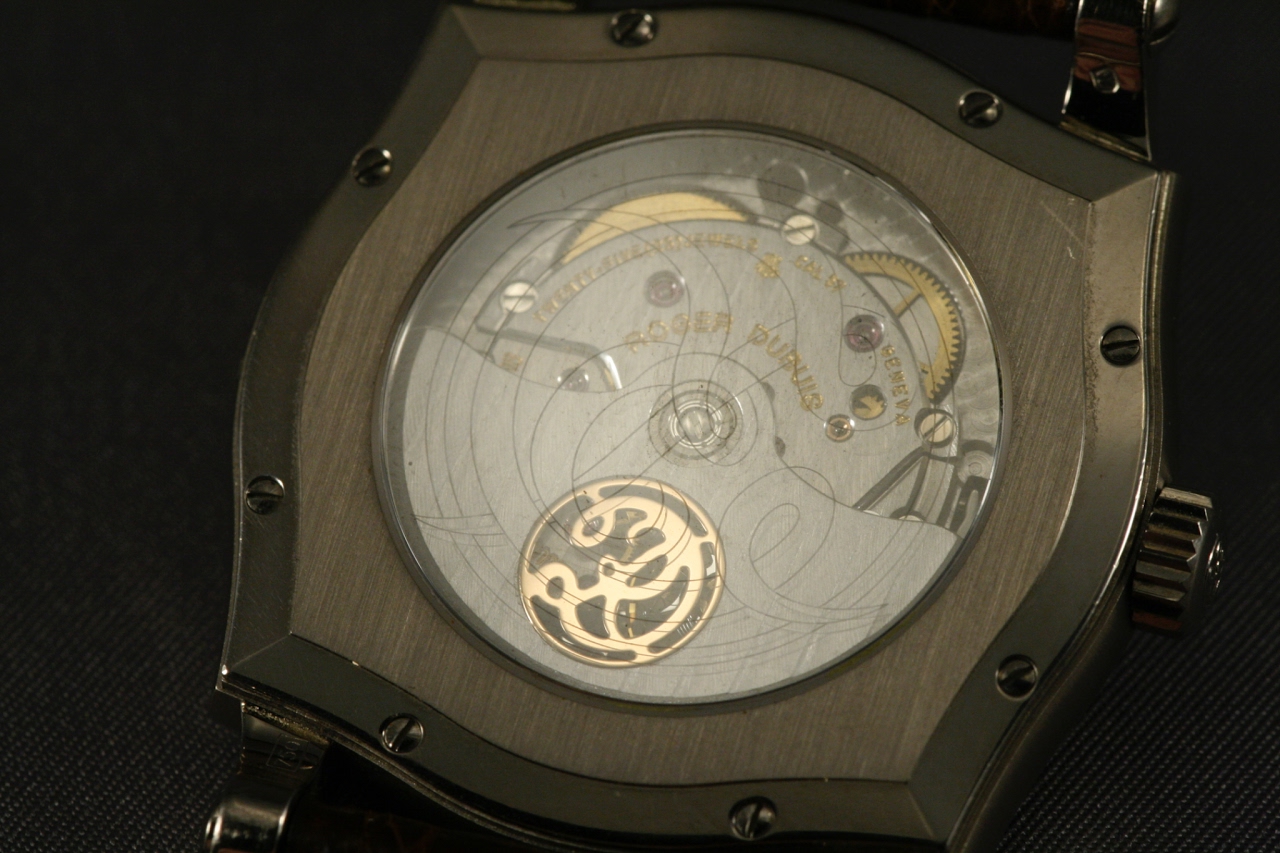 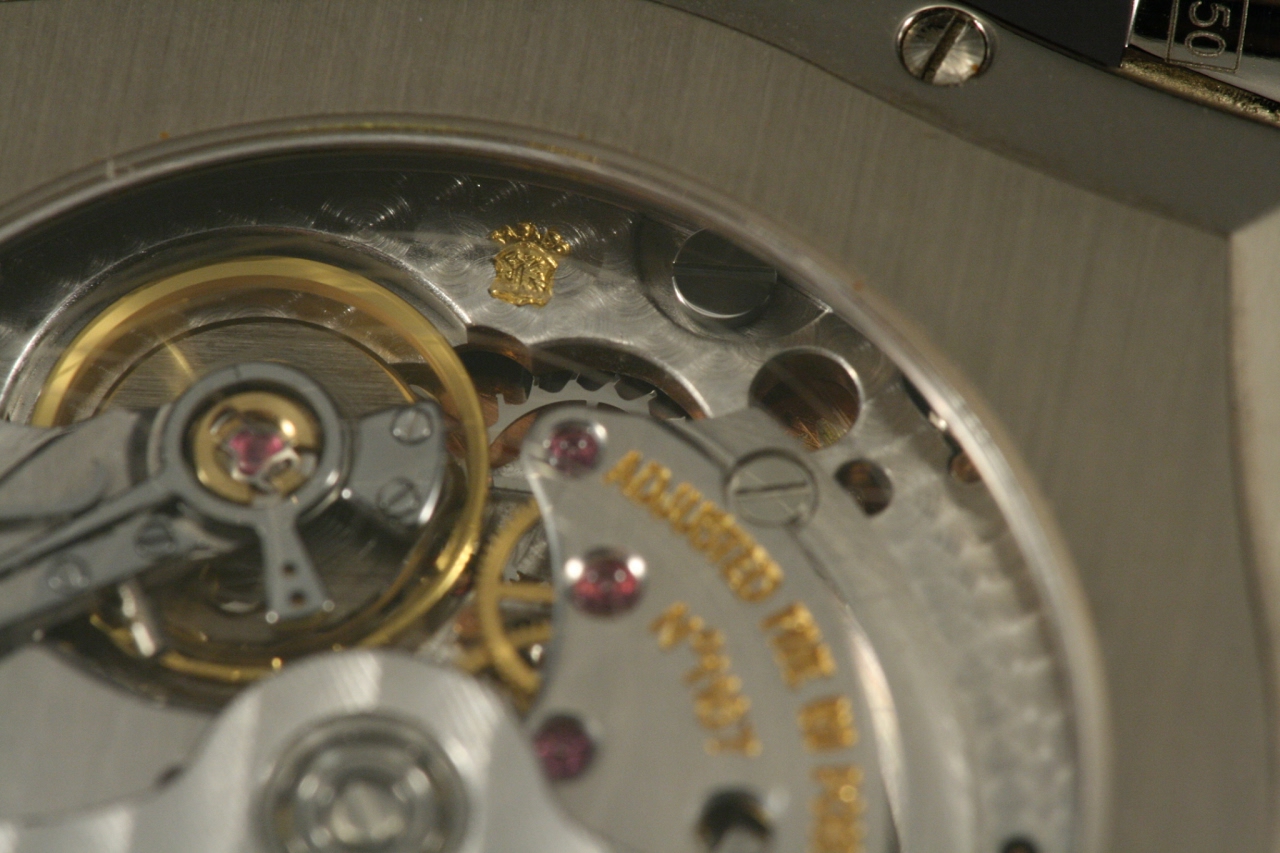 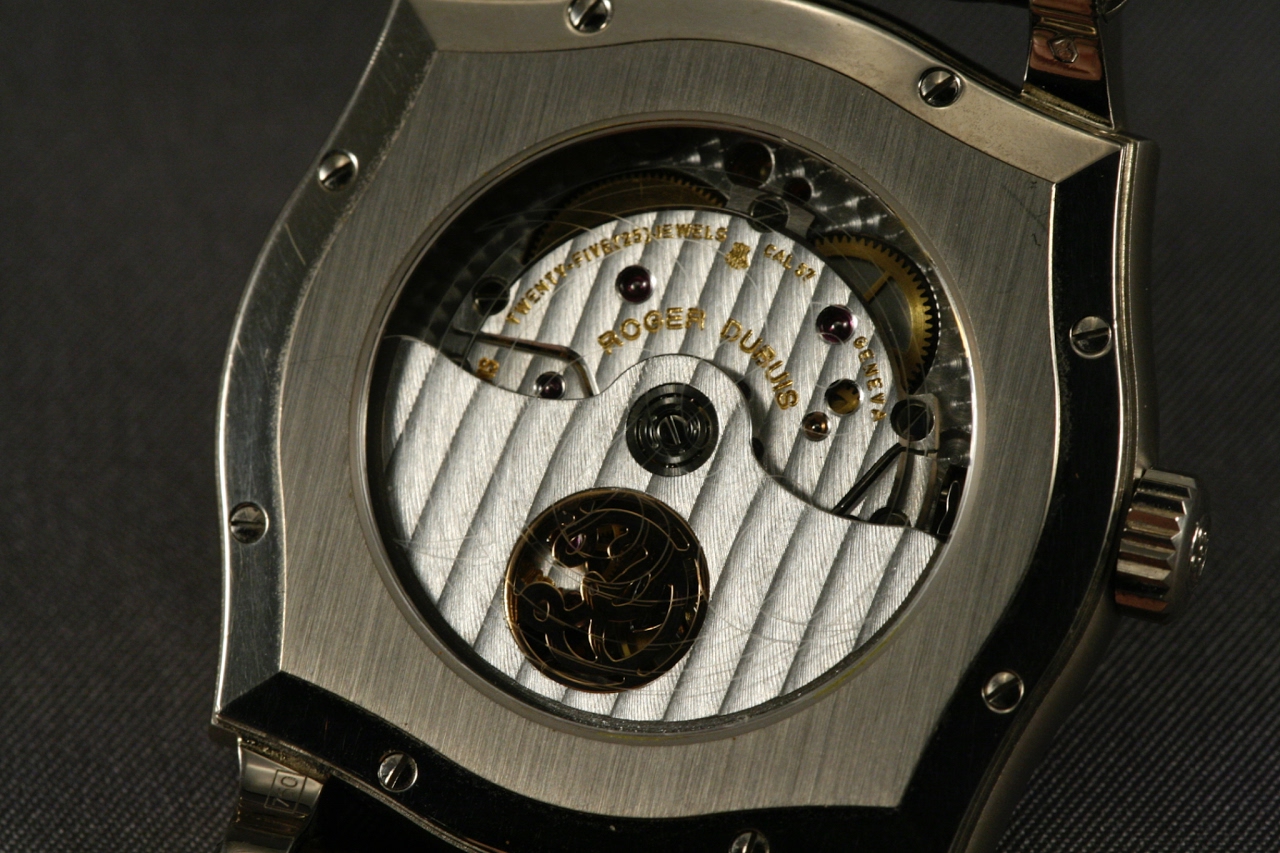 By: Watchonthewrist : March 27th, 2020-13:28
I absolute love that case design and like many of you know i am a sucker for Salmon dials. This is absolute my fav From the brand for now . Thanks for sharing
login to reply

By: halgedahl : March 27th, 2020-19:39
Here's my (equally loved) SBGW003, a Grand Seiko released as an LE of 300 on the JDM to celebrate the 120th anniversary of GS. The first shot, my proud wrist shot in which—as in yours—the hands but hint at their extraordinary impact 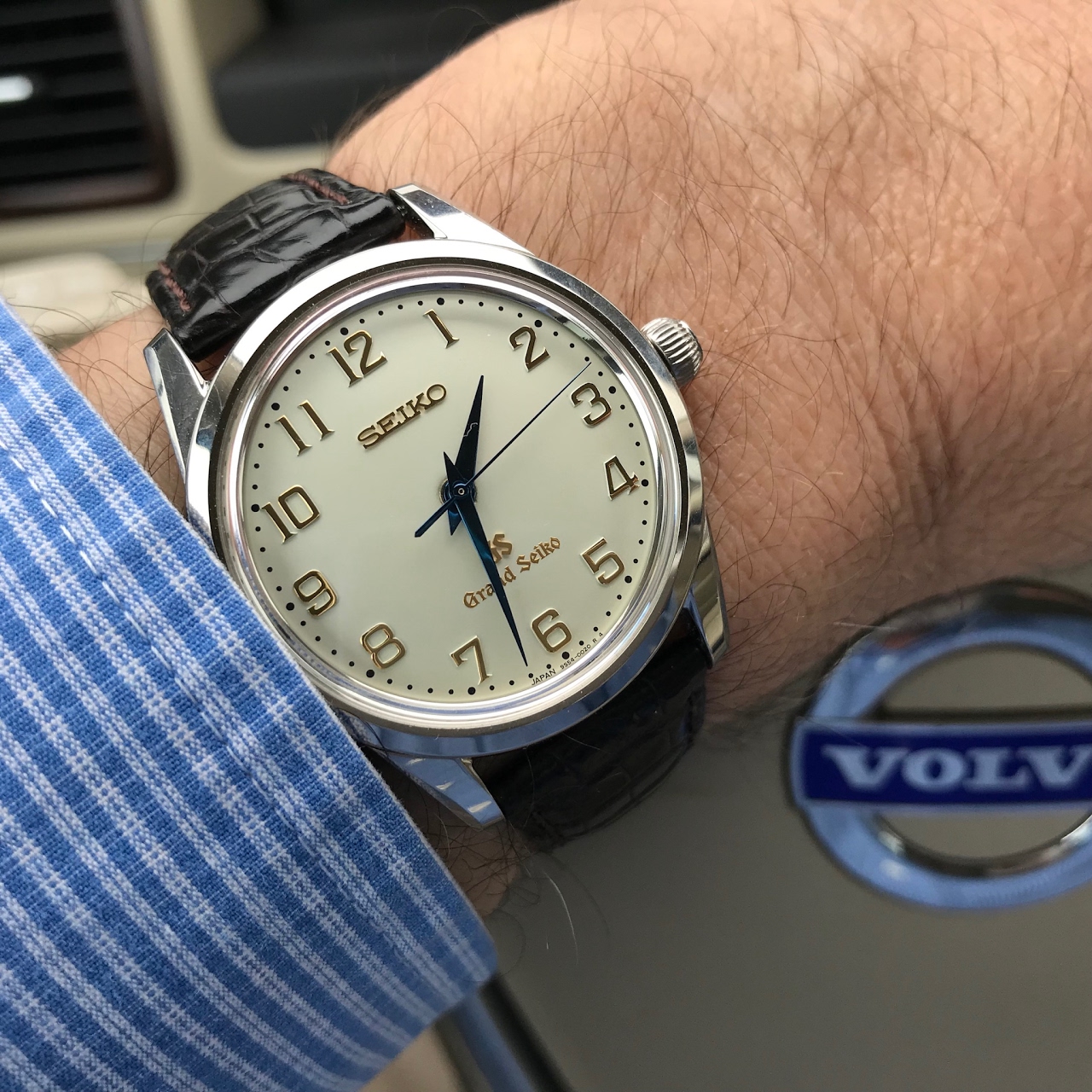 shows a handsome timepiece, but... with a little something extra? The second, oriented toward the light in such a way that the hands come alive, tells another story. 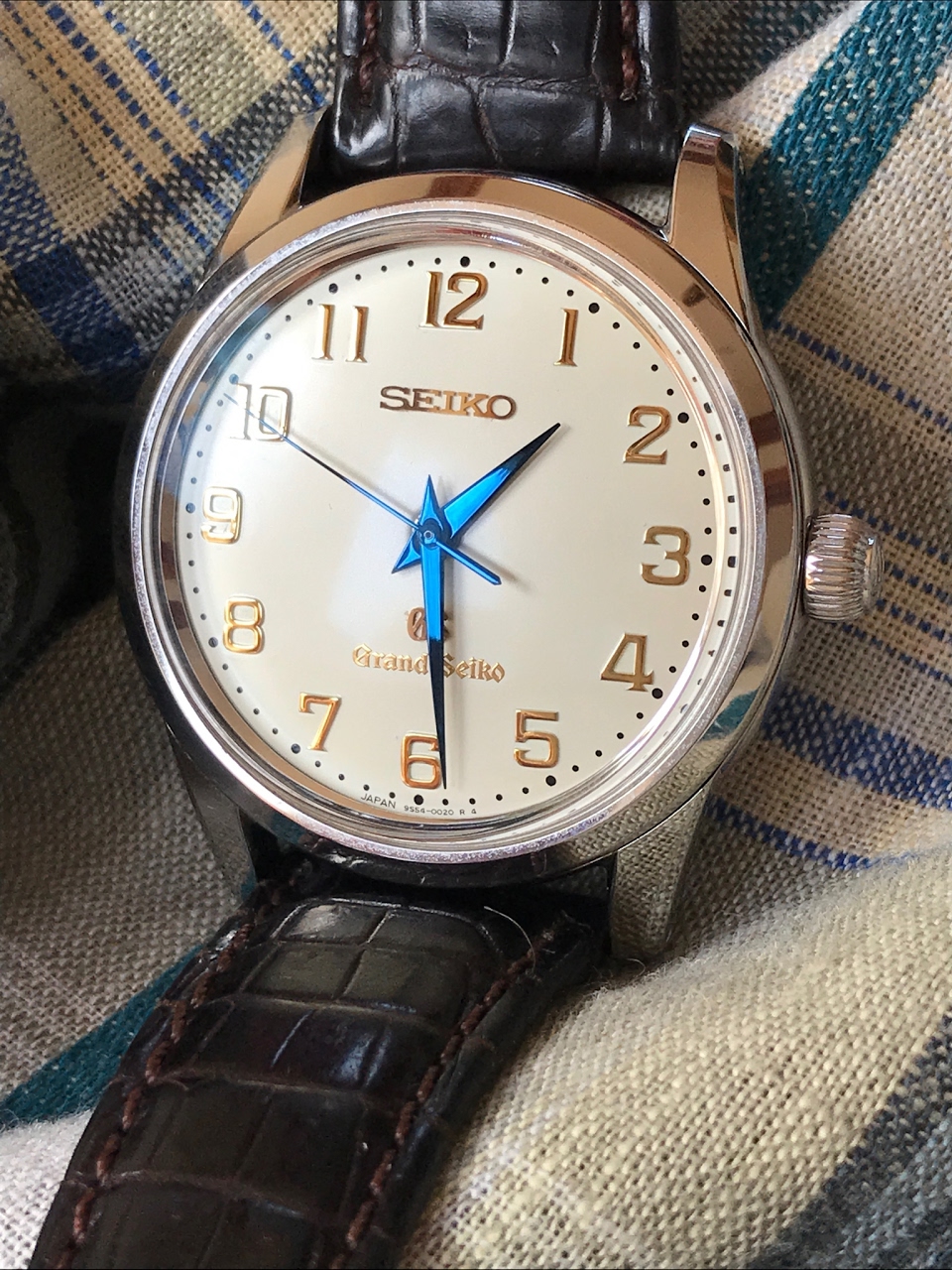 As I have written elsewhere, our timepieces reveal the time in a variety of ways. And here, both watches include arabic numerals for each of the 24 hours, perhaps suggesting that it might be easier, or more immediate, to read the time—no momentary indecision about whether or not its four or five, for example, to spoil the party. But you may have noticed—as have I, with mine—that in reading the dial of this magnificent watch there is simply no doubt, ever—not a moment's hesitation for the mind to laboriously record that a particular curvature represents the number 4 (or 5), thus giving you an impression of the hour, because it is actually more the position of the hands that tells the time, than any markings they may be pointing to. These wild blue hands do that in a way totally unlike hands of any other color, and in my (admittedly limited) experience make time-telling as "organic" as it ever could be (absent electrodes implanted in the brain). 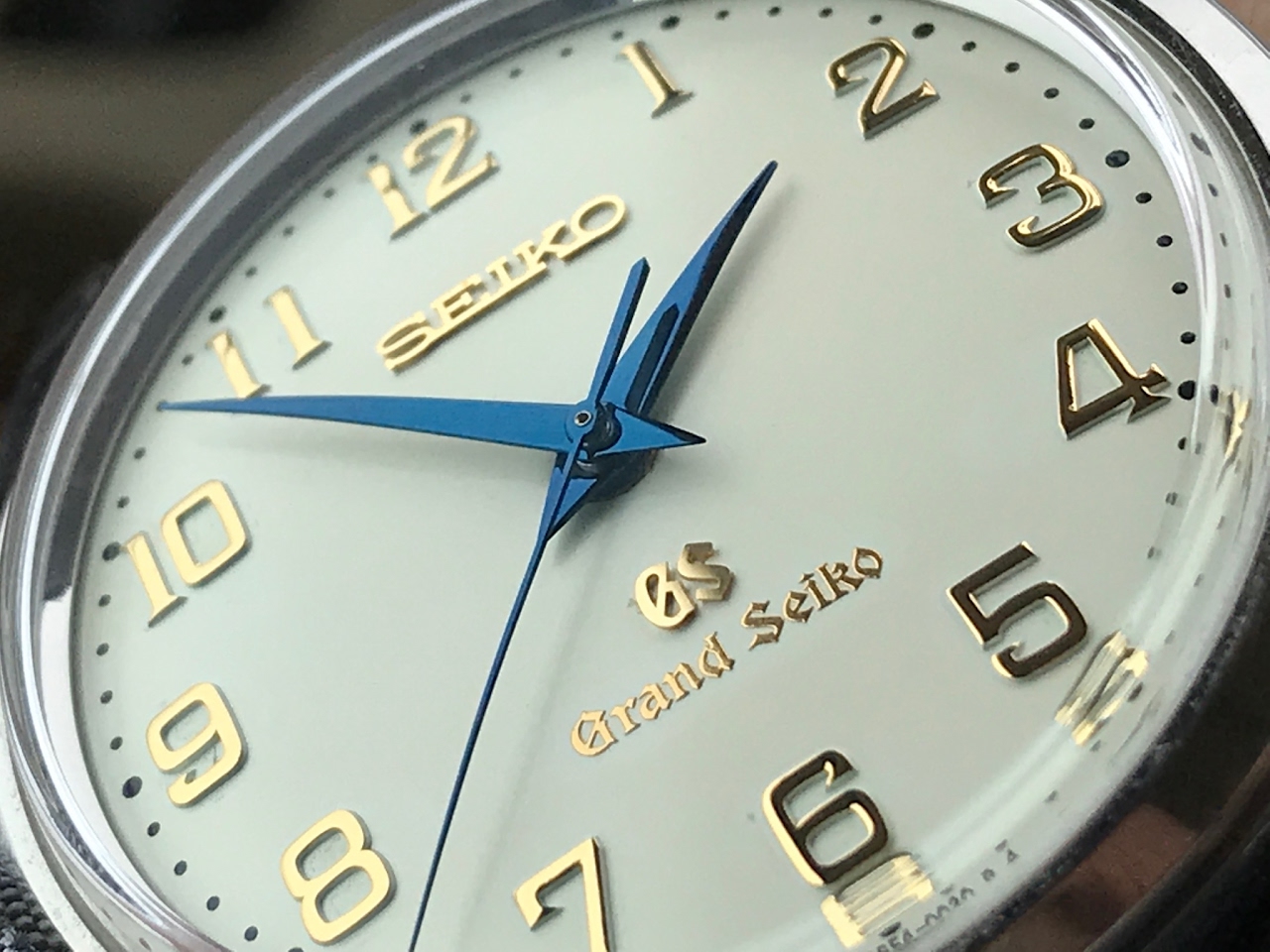 I love your Roger Dubuis. Distinctive in so many ways. Truly a marvel. My hat's off to you for having chosen such an uncommonly elegant watch.
Have a good day, and stay safe!
Fred H

By: Claudio S. : March 28th, 2020-03:56
Thank You for Your post. And sharing Your GS It's new model to me, a bit under radar, but shines when all this small details are noted and exposed under right angle.
I love this kind of watches. It’s pleasure to read how passionate You write about all this details. Wa all are aware that GS is all about attention to details and perfection in finishing. Really love Your comment and passion. Thank You for Your post.
PS.
I’m a Volvo man as well. As I see we are sharing similar aesthetics

By: Claudio S. : March 28th, 2020-06:42
I’m Huge fan of polestar 2. In my opinion Volvo will do really good electric car - no doubt about it. But in my opinion now it’s time to search classic Volvo with proper 5 cylinder engine. Volvo ages in such wonderful way. I’m actually looking for nice 244. I’m also big fan of cross country line. We drove all generations so far and they are wonderful and robust cars. My all time favorite is second generation. 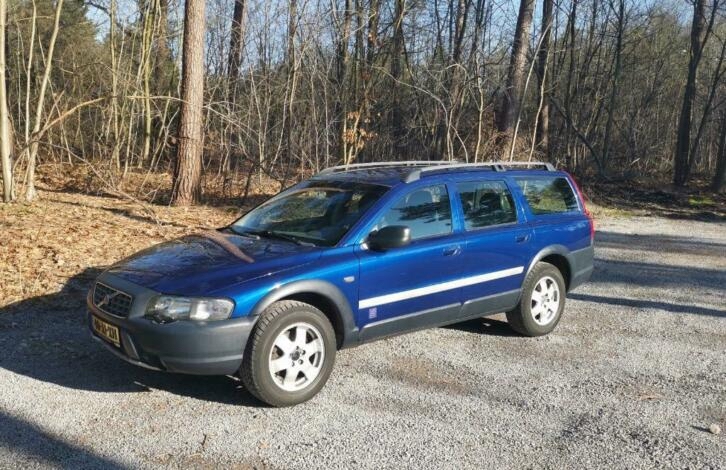 By: halgedahl : March 28th, 2020-07:34
into Google you'll find a fairly detailed article from "The Verge" that gives a good idea of the timeline the company has adopted. More from my side later!    FH
login to reply
By: Spartacus : March 29th, 2020-23:23
He sure knows how to do salmon, and the guilloche is wonderful. Not many people employ that pattern. I didn't know their hands looked so turquoise.  Thank you for the really nice photos.  After seeing his early work in person, I can totally see why that's your favorite dress watch.
login to reply

By: Claudio S. : March 30th, 2020-04:20
That’s also attract me, as I really like watches flying under the radar. I might be mistaken, but RD sympathie was one of first watches with Geneva seal, after PP introduced this standard to market.
login to reply
By: Spartacus : March 31st, 2020-12:40
I don't like watches that are inherently recognizable. It's not that I don't like common and recognizable watches, but I seldom want others to see the watch I'm wearing, partly because of my very modest work environment and circle of friends who probably don't have the financial means. That means there's no external pressure to keep up with the Joneses, so to speak. They're just for me.
login to reply 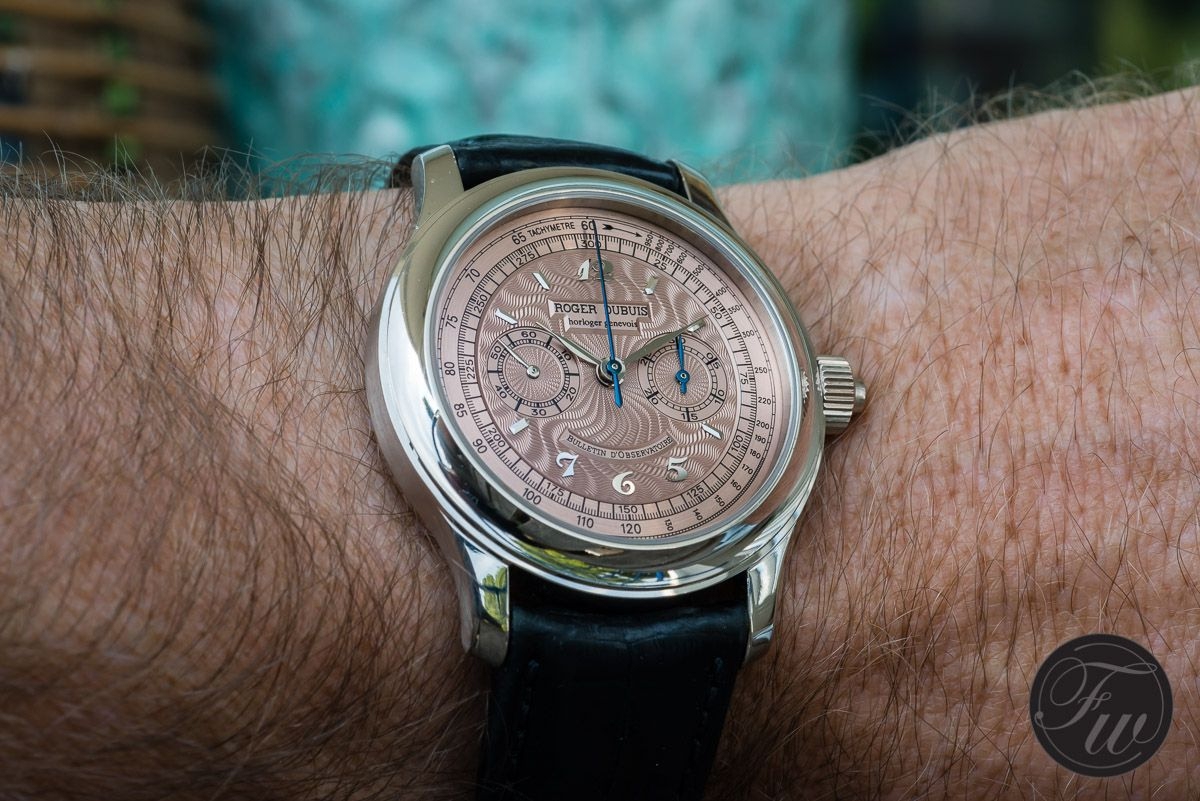