By: India Whiskey Charlie : January 7th, 2021-11:39
Zenith is ringing in the new year with the launch of the Chronomaster Revival A385, inspired by one of the first watches to feature the iconic El Primero chronograph movement. Zenith’s El Primero was the first high-frequency, automatic chronograph in the world (1969) ; three models were unveiled, including the original A385. In 1970, this watch made an even bigger splash when it sucessfully completed Zenith’s “Operation Sky”- it was strapped to an Air France Boeing 707’s landing gear on a flight from Paris to New York to test its resistance to drastic temperature fluctuations, wind force and changing air pressure. The release is below and included below for your reference ; assets can also be downloaded HERE . The watch is available for sale at authorized retailers and Zenith’s online boutique . It retails for $7,900 USD on leather strap. The bracelet version will be available next month (price TBC).
Press Release: A legend is born again: Zenith is bringing back one of the earliest and most emblematic El Primero-equipped chronographs from the earliest days of the revolutionary calibre in the form of a Chronomaster Revival model.

1969 was certainly a year to remember for Zenith and would go down in the annals of watchmaking history as the year that forever changed the chronograph. It was the year that the Zenith El Primero, the world’s first automatic high-frequency chronograph, was unveiled to the world. It made its debut in three distinct stainless steel models. Among them was the A385, a tonneau-shaped steel chronograph with an eye-catching brown gradient dial, which was the first “smoked” dial ever to be made in the watch industry and for Zenith.

In fact, the A385 made headlines back in 1970, when it took part in Zenith’s “Operation Sky”. This extreme test consisted of strapping the watch to an Air France Boeing 707’s landing gear on a flight from Paris to New York to test its resistance to external aggressions such as drastic temperature fluctuations, wind force and changing air pressure. Upon landing, the watch was still functioning perfectly. This daring feat was a testament to the confidence those who had tirelessly worked on the El Primero calibre held, as well as tangible proof that a mechanical movement was superior to the nascent quartz movements of the time, which couldn’t have stood the temperature differences endured by the watch during the flight. 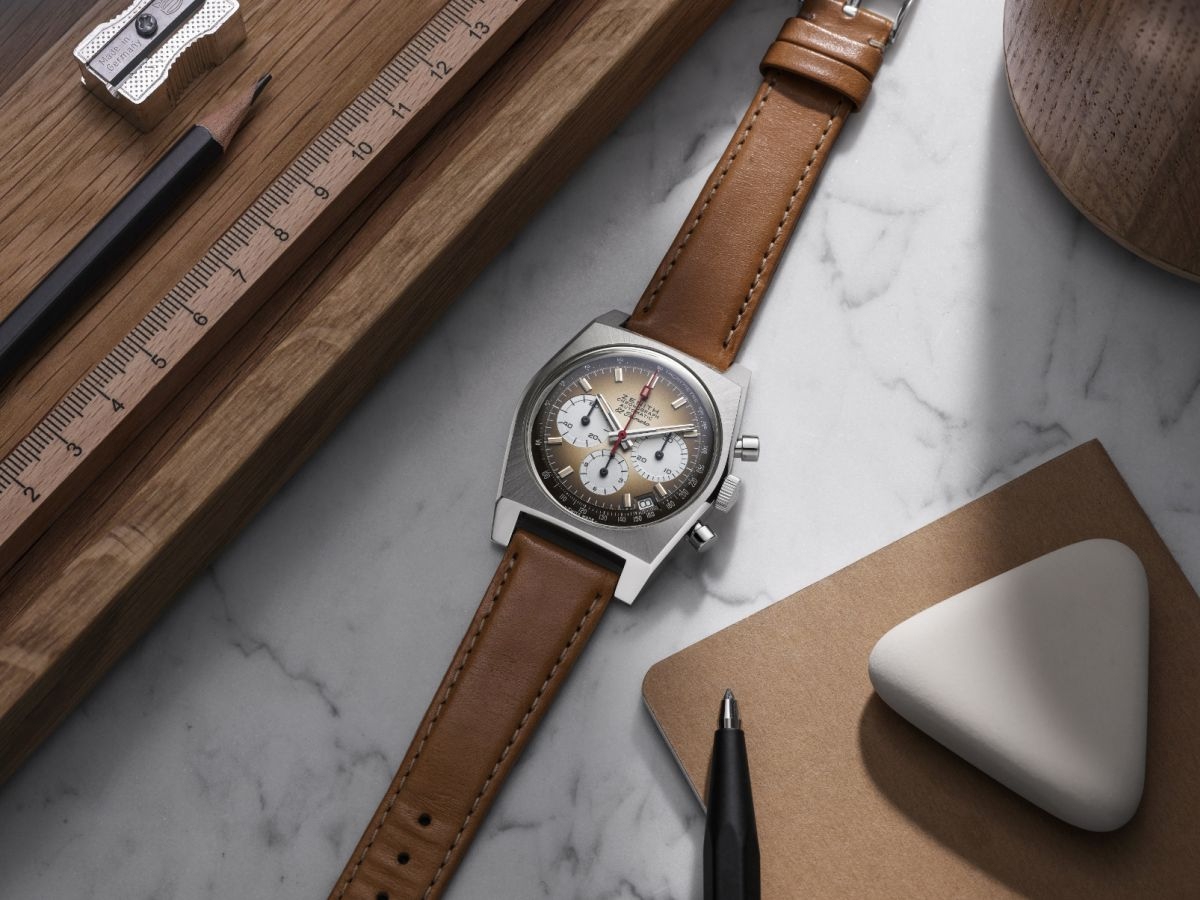 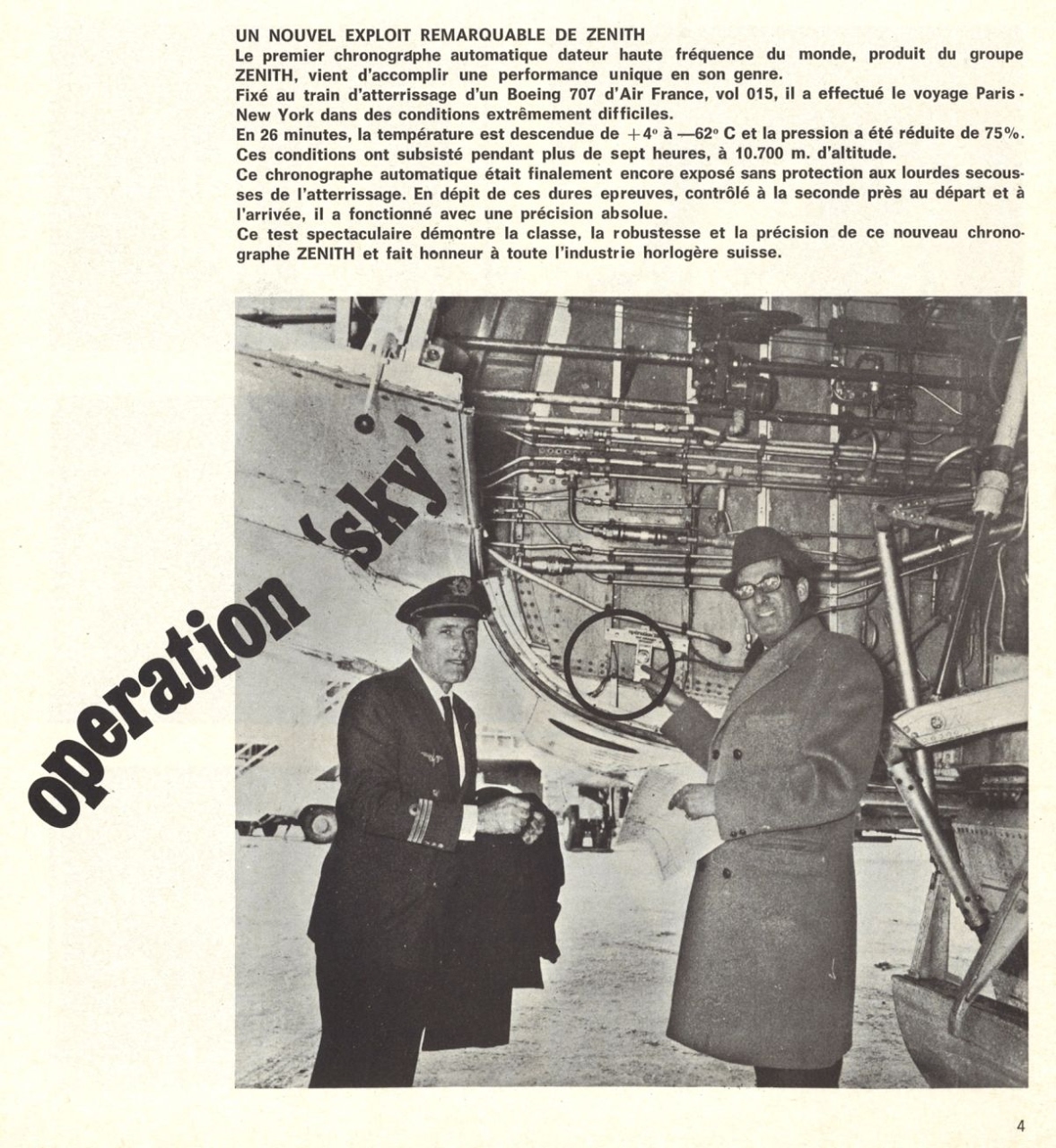 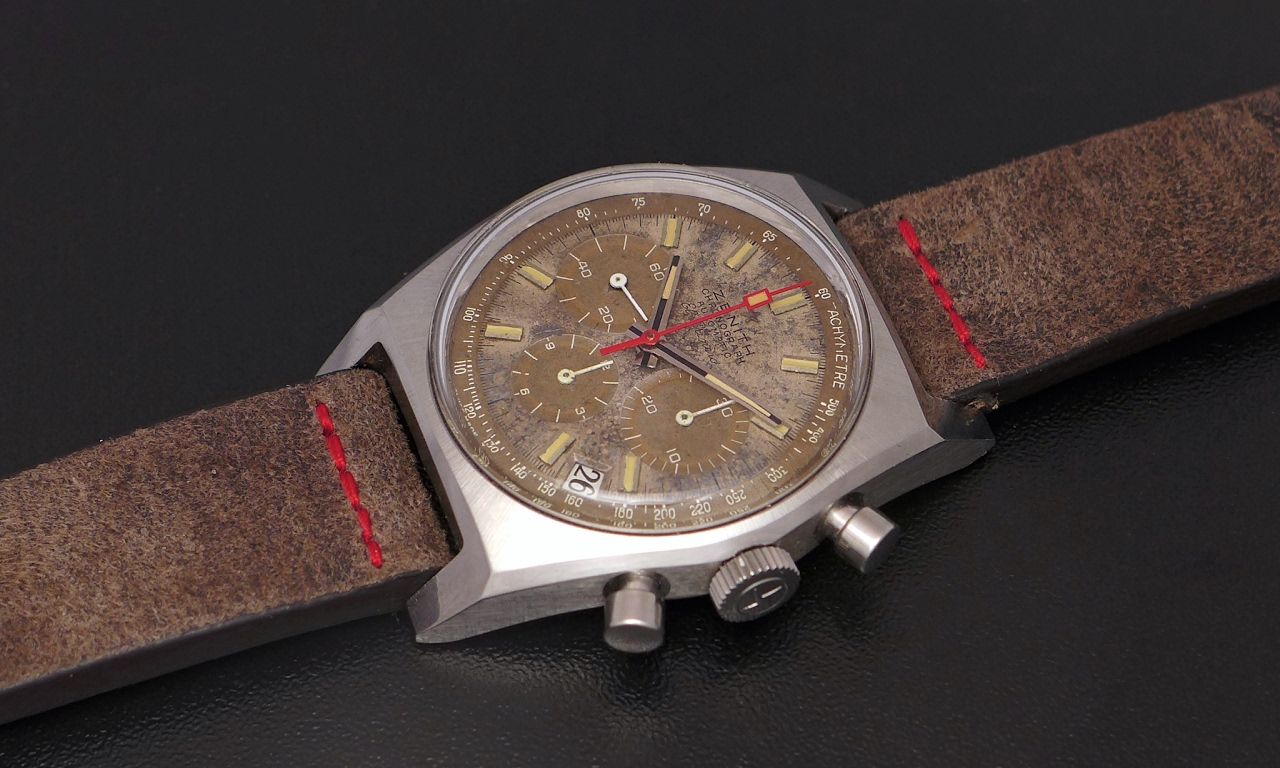 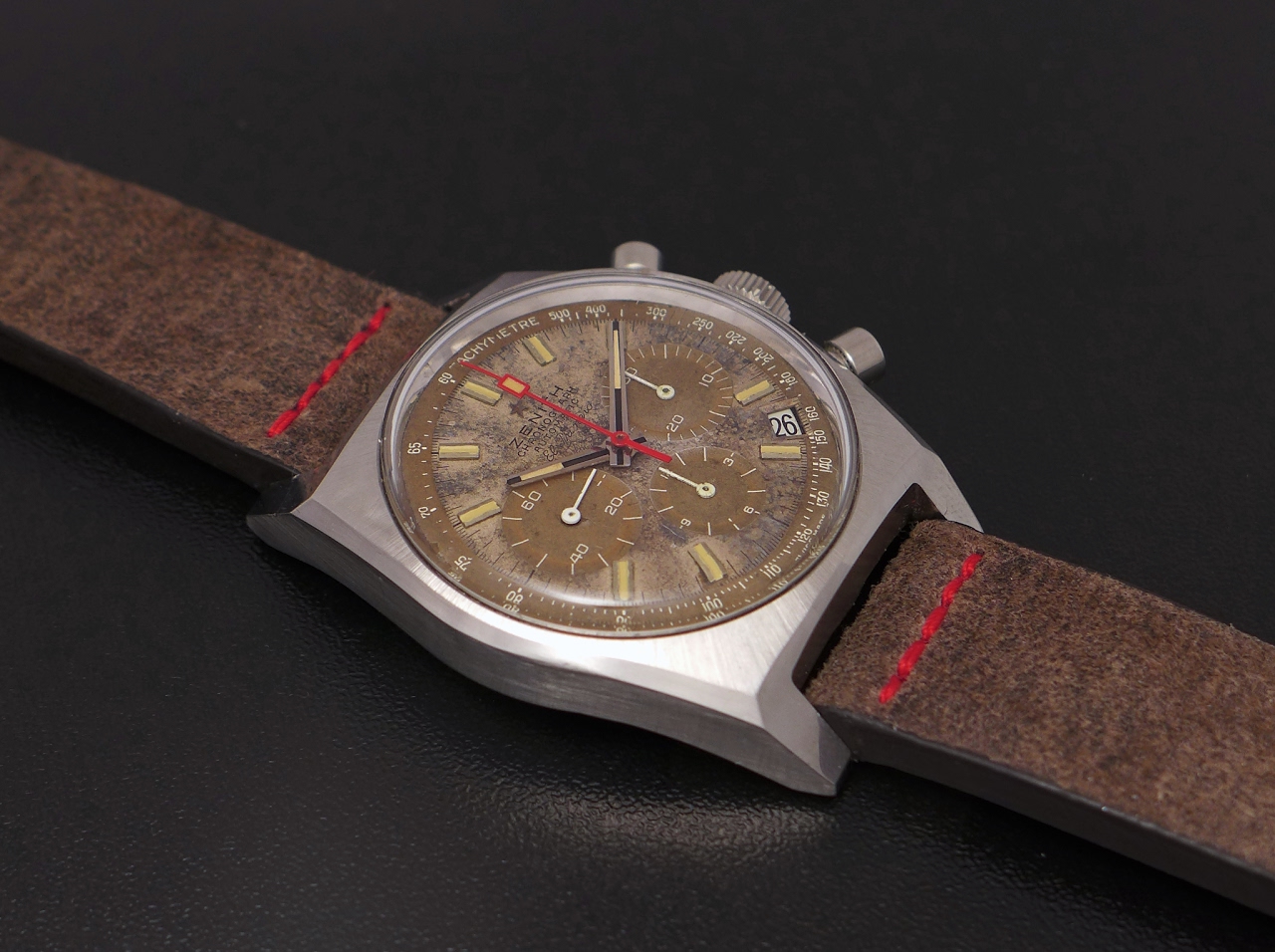