By: MichaelC : September 10th, 2021-15:22
I posted about this car over 2 years ago, when I last saw it.  I am part of a small business group that hosts a few select events per year for people in our industry.  The coolest one is a day at a local drag track called Bandimere.  Really a cool venue at the base of the mountains.
The person who owns this car is a real enthusiast as you can imagine.  It is his passion.  Yesterday, he only made a few runs with it as he has a big event coming up for the car.  We made small talk when I arrived, and I mentioned how I would love to get a ride if he takes anyone.
After he made a solo few runs, he came up and asked if I was ready.... booyah!  I did not have a helmet, and there are rules about speed at this track if you don't have one.  So he used his computer and tuned the car down before our run.  A dear colleague's dad came to the event in his S8.  Now no question about it, that car was incredibly impressive.  He was running 1/4s at 12.2 - 12.3.  All traction off the line for that Audi.  A stock 4 door sedan running at that speed... wow.  Took down a C7 Vette with ease, albeit the Vette had a lot of wheelspin.  He wanted a crack at the Fairlane.
So to the line we went, me with my friend Bill in the old Ford, and my colleague riding with her Dad in the Audi.  I told my guy, I know we are "tuned down" but please make sure we cross first.  He smirked a bit and said no problem.  Well, the lights go green and bam, we about stall.  WTF!  In a split second, the Audi was 1/3 of the way down the track.  Well, I think my guy forgot the helmet rule and "running easy".  We passed the Audi just ahead of the finish line and crossed at 141MPH.  The acceleration I felt in that run is unlike anything I had ever experienced.
After the lap, I asked if it was my 150 LBs that caused the near stall ;-)  Bill laughed, and told me the car is harder for him to drive when he tries to take it easy.  His top 1/4 is now an 8.74 at the same strip.  Considering we how slow we started, to cross at 12.05 - it was amazing.
Wish I grabbed a wrist shot.  I went with my ceramic Tudor to keep weight down... 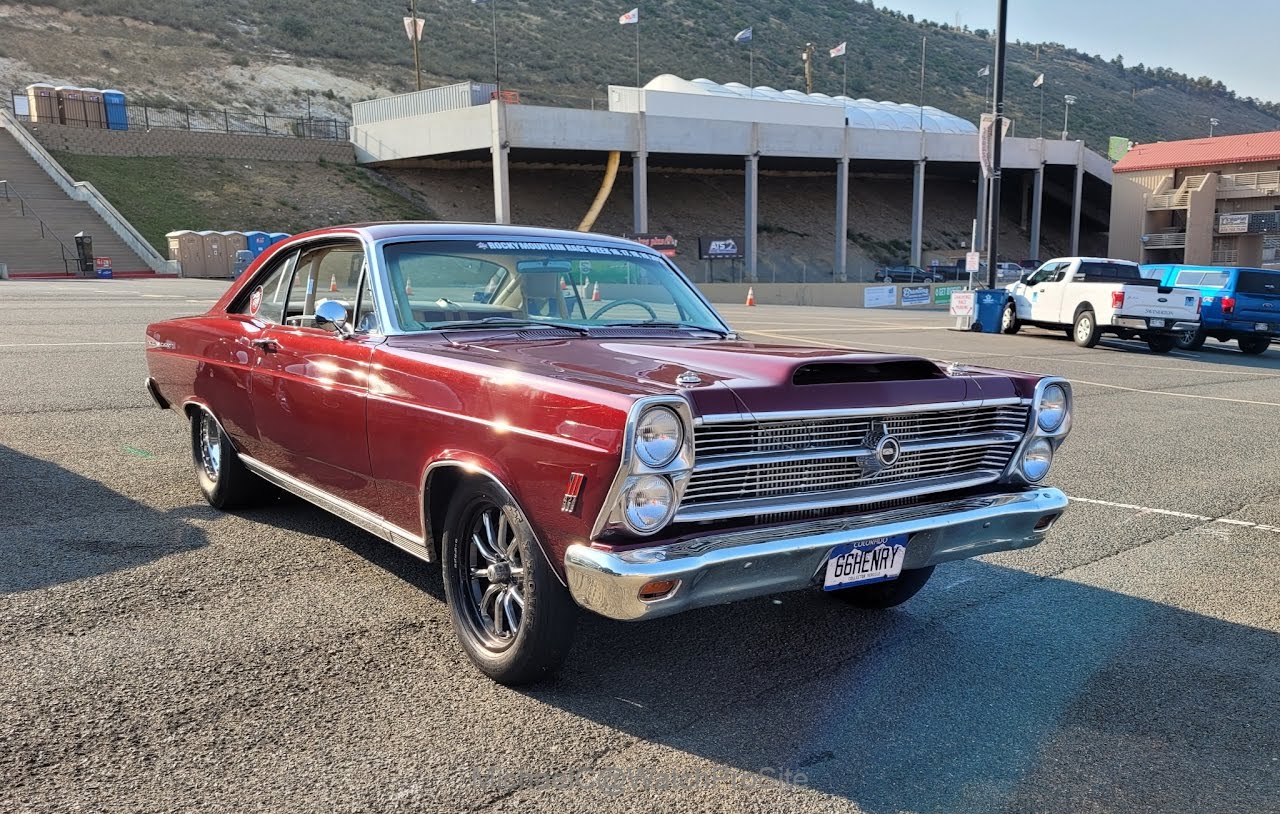 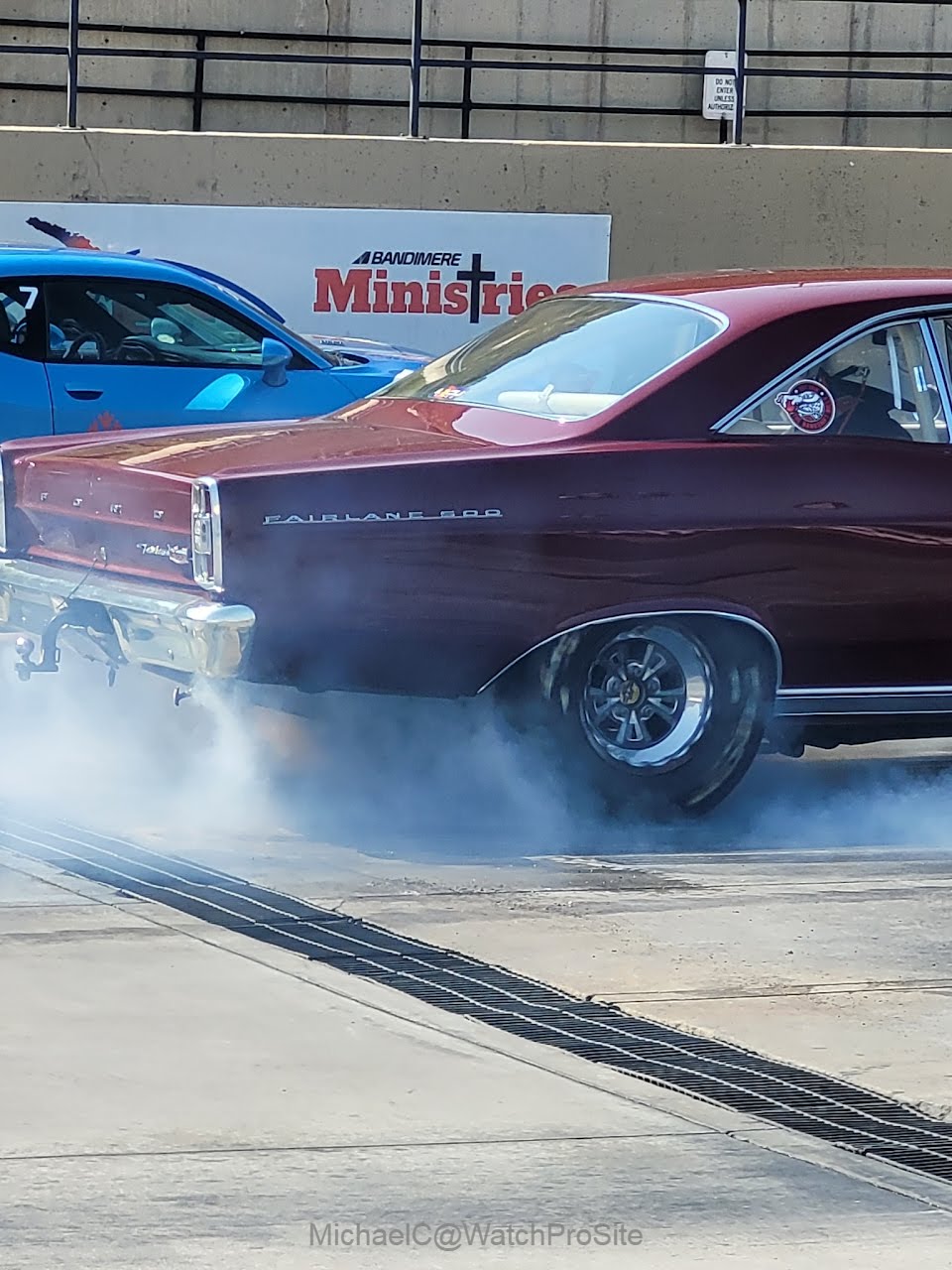 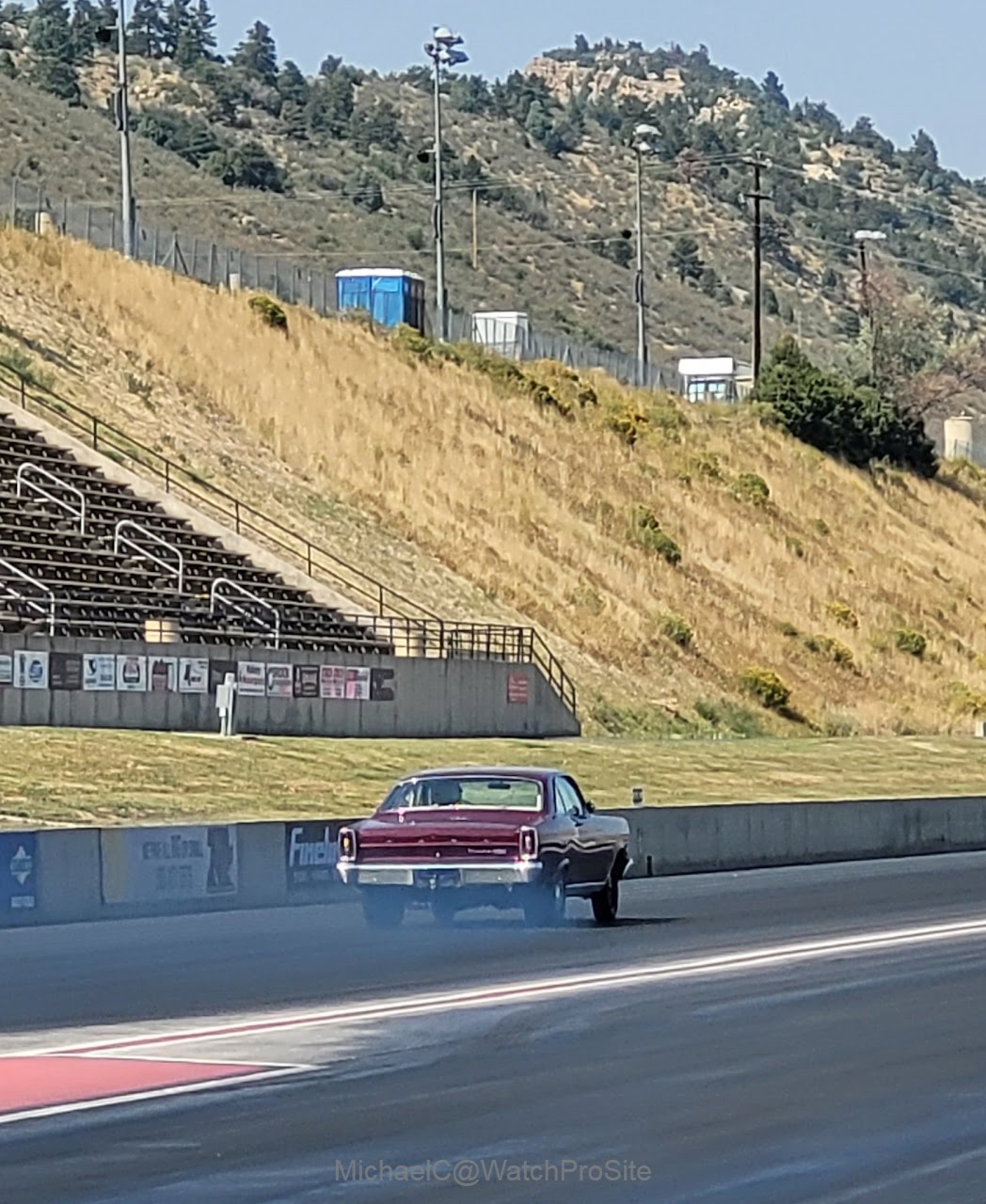 By: patrick_y : September 10th, 2021-21:04
My Mercedes, which is a "fast" car, supposedly does the 1/4 mile in the 12 second range (I've never tried it) at sea level.  I wonder if it would be any different in Colorado due to elevation change.  The Mercedes is supercharged, so maybe not a huge difference.  But 8.74!  That's faster than a Bugatti doing the quarter mile at sea level!

. . . well worth watching.
Your pal's Ford 427 Fairlane is one muscle car I don't recall seeing on the street.  It's a rare bird, and then some.
Art

By: MichaelC : September 11th, 2021-18:53
The charms of these old machines will never be replicated in newer ones.
login to reply

The Fairlane is a special Ford.
Jay Leno have restored a Fairlane to a modern muscle car.
The project was unique and uncommon.
Normally other models taken for special projects, so a Fairlane is rare.

The last of the mohicans.
I drive also a car that is so engineered in the best possible way of combustion powered fuel engine.
Speed, fuel consumption, low maintenance bills, reliability,
great rust protection, top safety.
Here an electric car have a huge job to do to beat my car.
If i throw 100 percent renewable fuel in my car, where it runs very good on, an electric car is a dirty and unhealthy way of mobility.
But yeah, the public opinion thinks if a car have no exhaust pipe under the body, it must be a very clean car.

So i am happy you enjoyed the Fairlane.
Henry Ford must be looked down to see his creation makes people very happy.
login to reply
By: jerry6 : September 12th, 2021-14:21
Wow what a ride , he was taking it easy , with 1200hp and traction he should be in the 7's  amazing car . would like to hear it running