By: Izhik : July 5th, 2019-06:50
As communicated yesterday, I am your host for this weekend WristScan session.
As a theme I have decided to give all our friends here the opportunity not only to show great photos of great pieces they have in their collections, but also to personalize a little bit the photos bu telling also a little bit stories associated wit particular watches.
Again, these stories can tell how your affinity with a particular brands has started, what was the piece that triggered your passion for watch collection, how a beloved watch (es) found the way into your collection, etc.
At the end of the day, this forum is about watches, and people that love watches, so I think what makes each watch special is not just its dial, movement or the name printed on the dial, but also what it means to its owner.
So please, let's go ahead and enjoy this week the watches and their biographies. 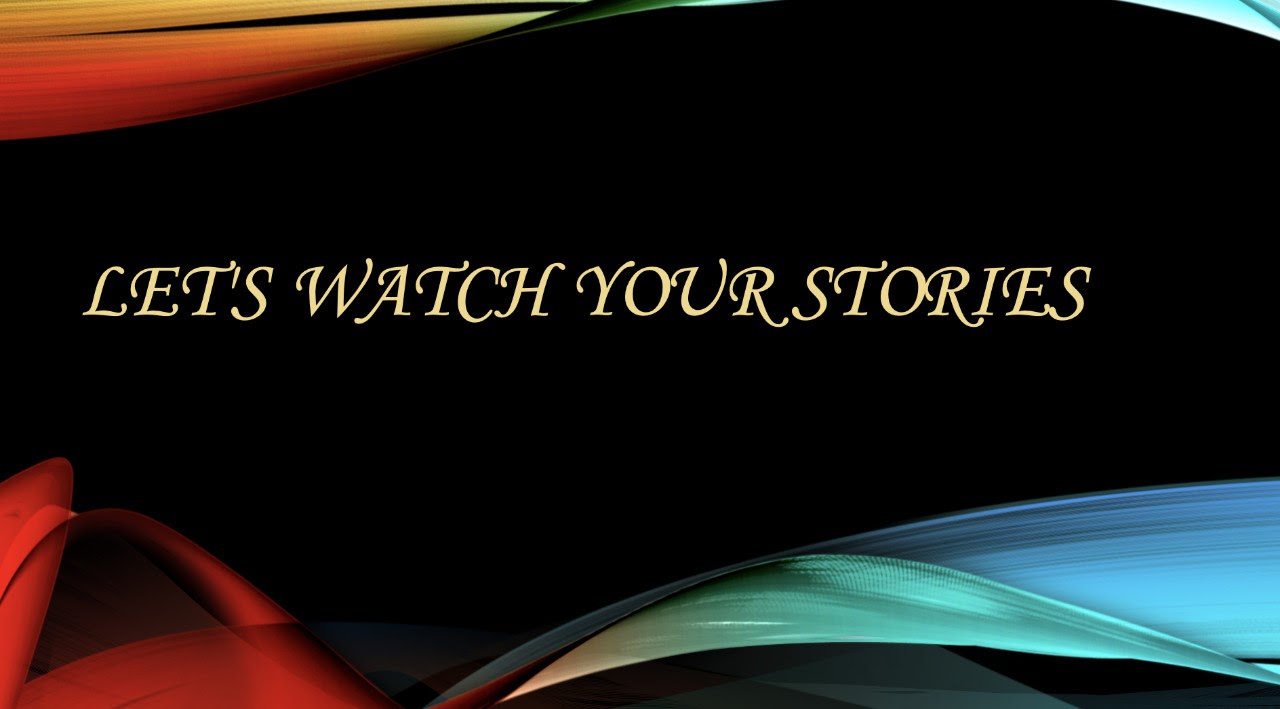 And of course, as an inspiration, your host is going to start and since this thread is for you, I will be short focusing on two stories.
So I will start with a brand that basically started it all for me and I owe this name my initial kick in into the high end watches world.
It all goes back to the times I was a little child and there was sort of a magic word going around that related to a watch that my late uncle had. That watch at those days, was referred as Schaffhausen watch.
At later, much later times I could imagine that we are talking most probably on IWC.
So when my passion started, not so long ago I must say, it started and was focusing initially on IWC watches.
Of course, when I discovered IWC, the brand was already in another phase then it was when I was a child. I had in the meantime several IWC watches in my possession.
Now I have just two, one from the glorious old times, a watch from the late 50's driven by one of the most legendary Swiss calibres ever made, caliber 89.
The 2nd, is a modern piece, a Regulateur Portuguese, a watch that simply reminds me the company's roots. The caliber, the design of the watch, which is so typical to IWC heritage.
Here they are... 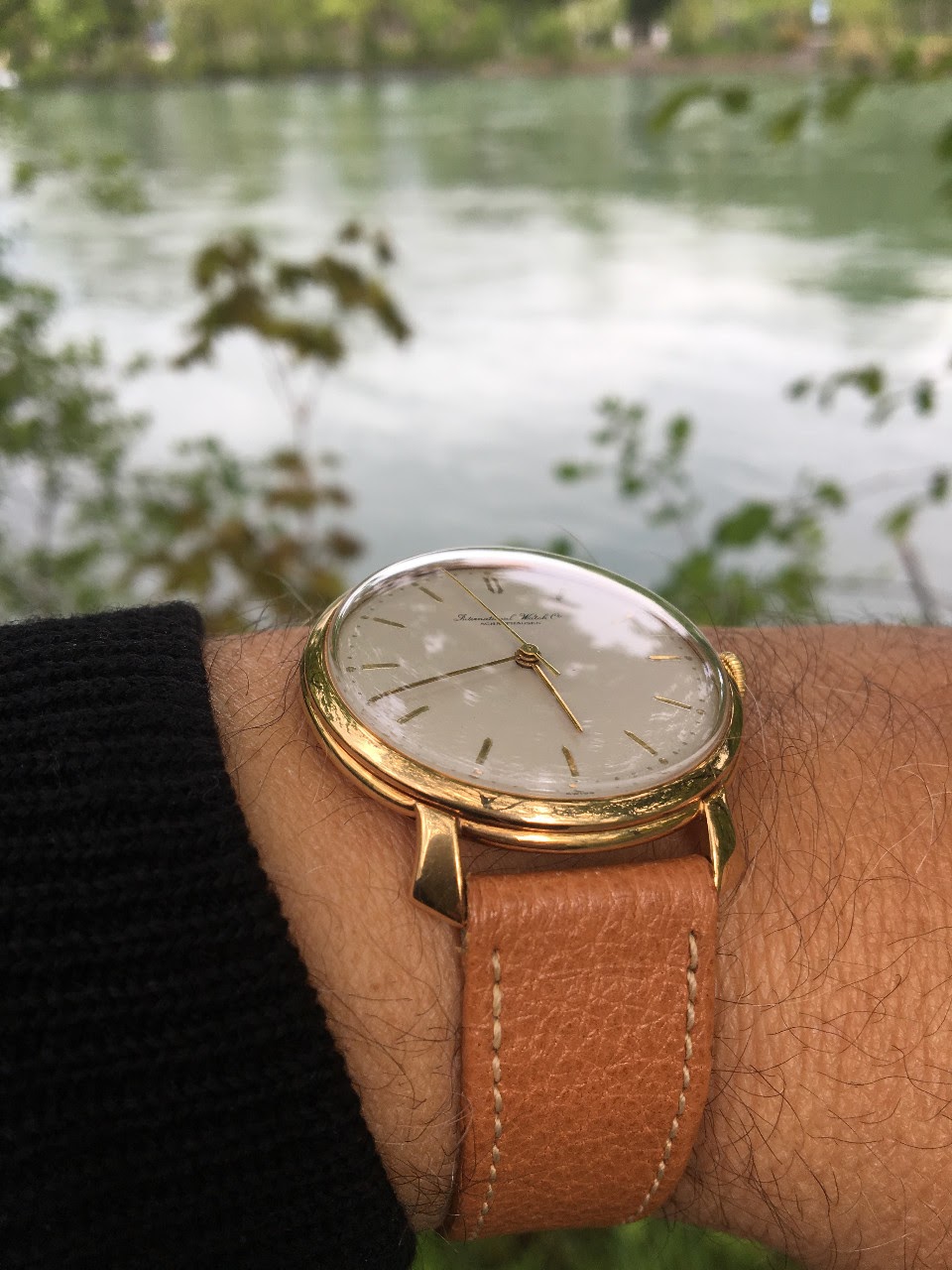 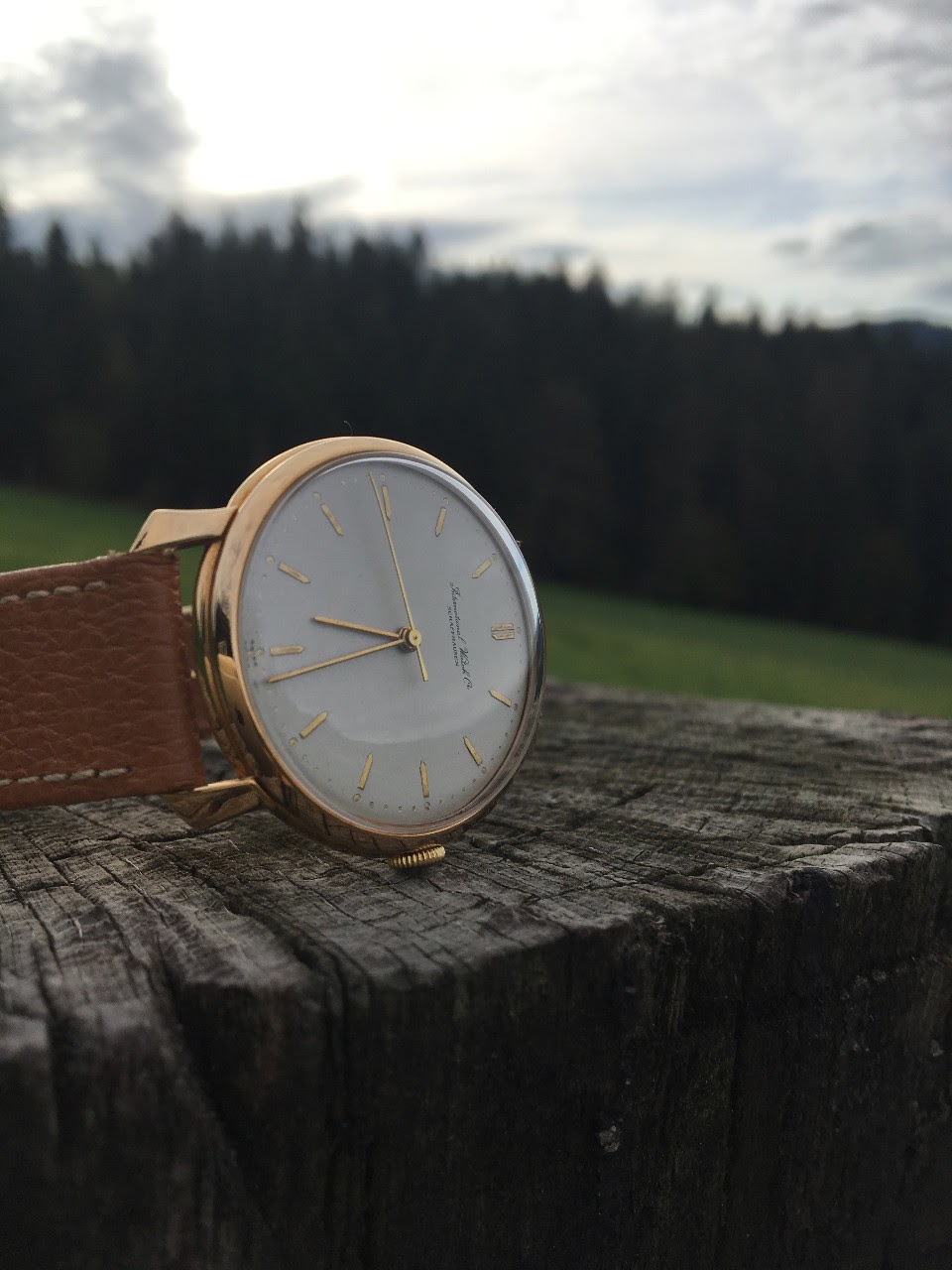 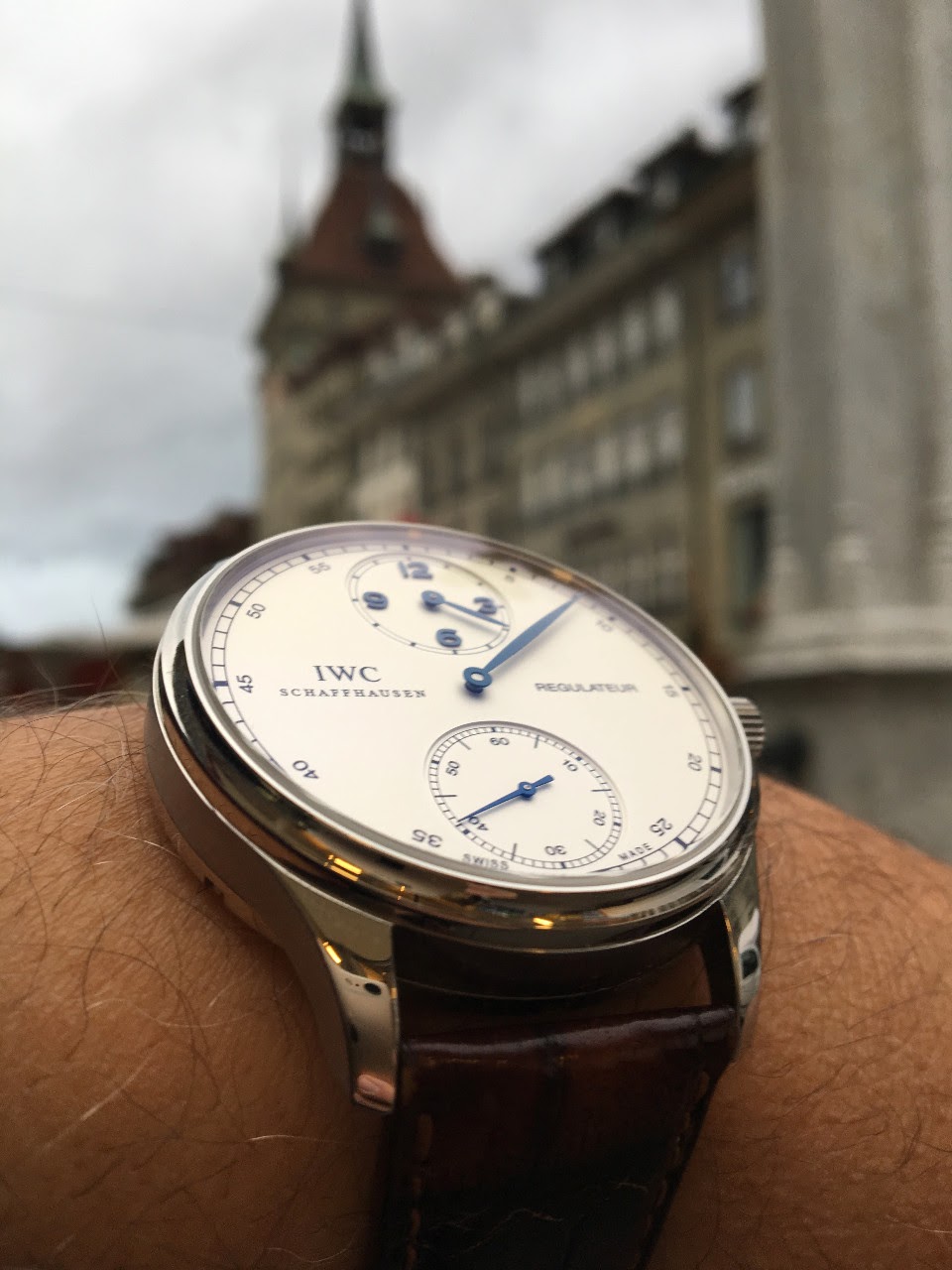 And now the other brand, the other watch.
Let's talk now about Blancpain.
What shall I tell you guys, I love history. And, when it comes to watches, knowing that a brand that was founded is 1736 is still with us, it means one thing, it's here because it successfully survived all hurdles of the last 283 years in order to still be around. I know, I know, it's not the same brand that Jehan Blancpain established back in the first half of the 18th century, it went through several hands. But, and I always say that, I think it's resurrection in the 1980's saved the Swiss mechanical watch industry. I think what Blancpain did there in those years, it did it first and their success showed the way to the other brands.
So I want to come back here to one specific Blancpain.
I saw that watch in Geneva last year, it was really attraction from first sight and the price the AD offered me was good, very good.

But for me when I get a watch it's almost a process. I take photos, I go back home to look on my mac to look again and again.
So to make a long story short.
Here the first photo I too of this calendar Blancpain last year in Geneva.
It's not a great photo and I did not see THAT initially, not in the shop and not immediately afterwards.
I must say that the watch was not running at all when I took that photo.
I also must say that the AD did not know me at all. It's the first time I was walking into his shop, ever.
But then, probably only few later, I look probably the 100th time at the photo.
And yes, I just the date that the watch was showing when I saw it the first time.....do you guys believe in co-incidences??...do you know those guys that say that actually there no co-incidences???
What could I say, I loved that watch from 1st sight, I got a great price...and then I simply saw that when I took that first photo, the watch was basically frozen on....June, the 29th.
Yes, friends, my birthday.
I couldn't ignore that...would you??? 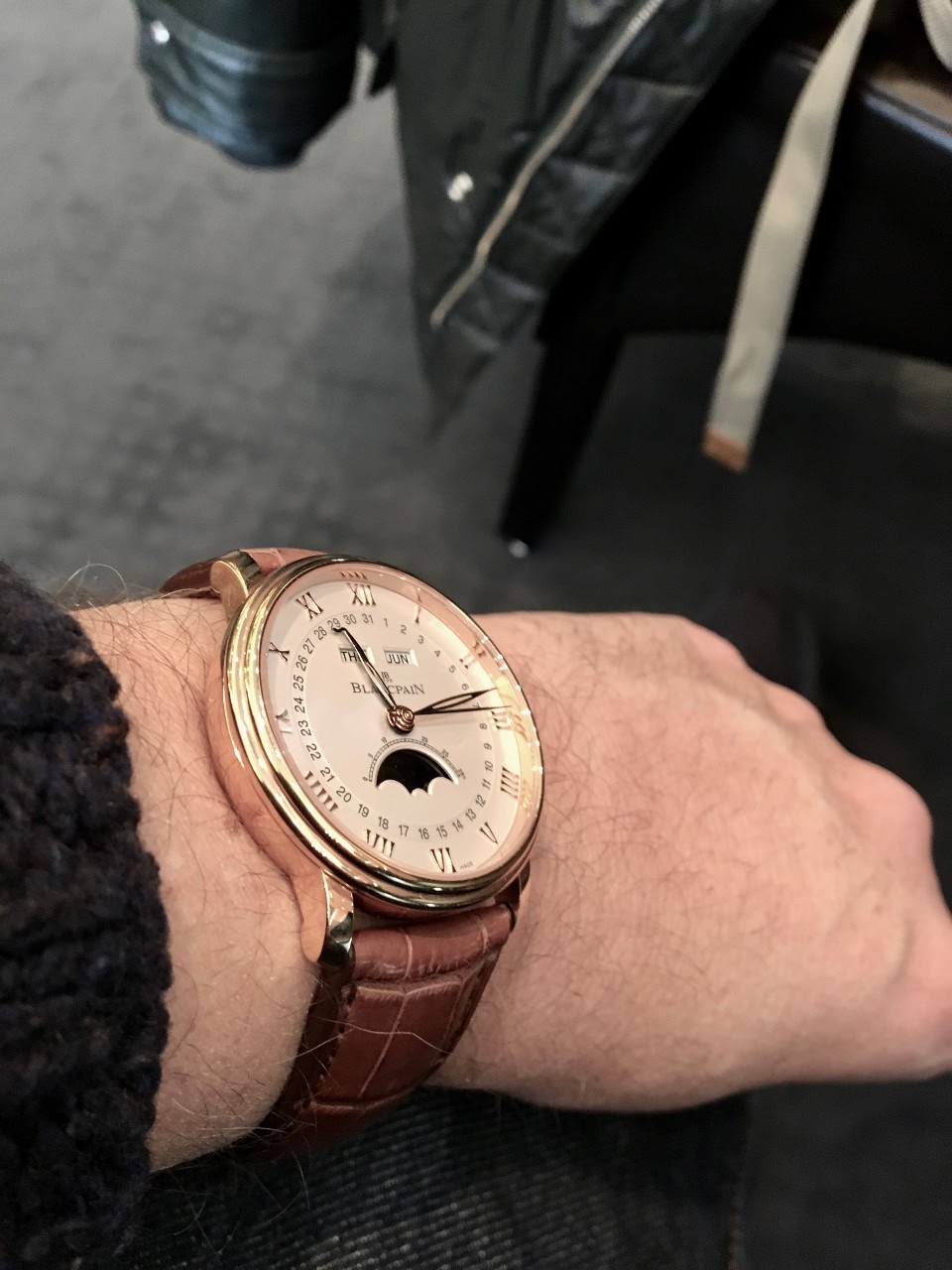 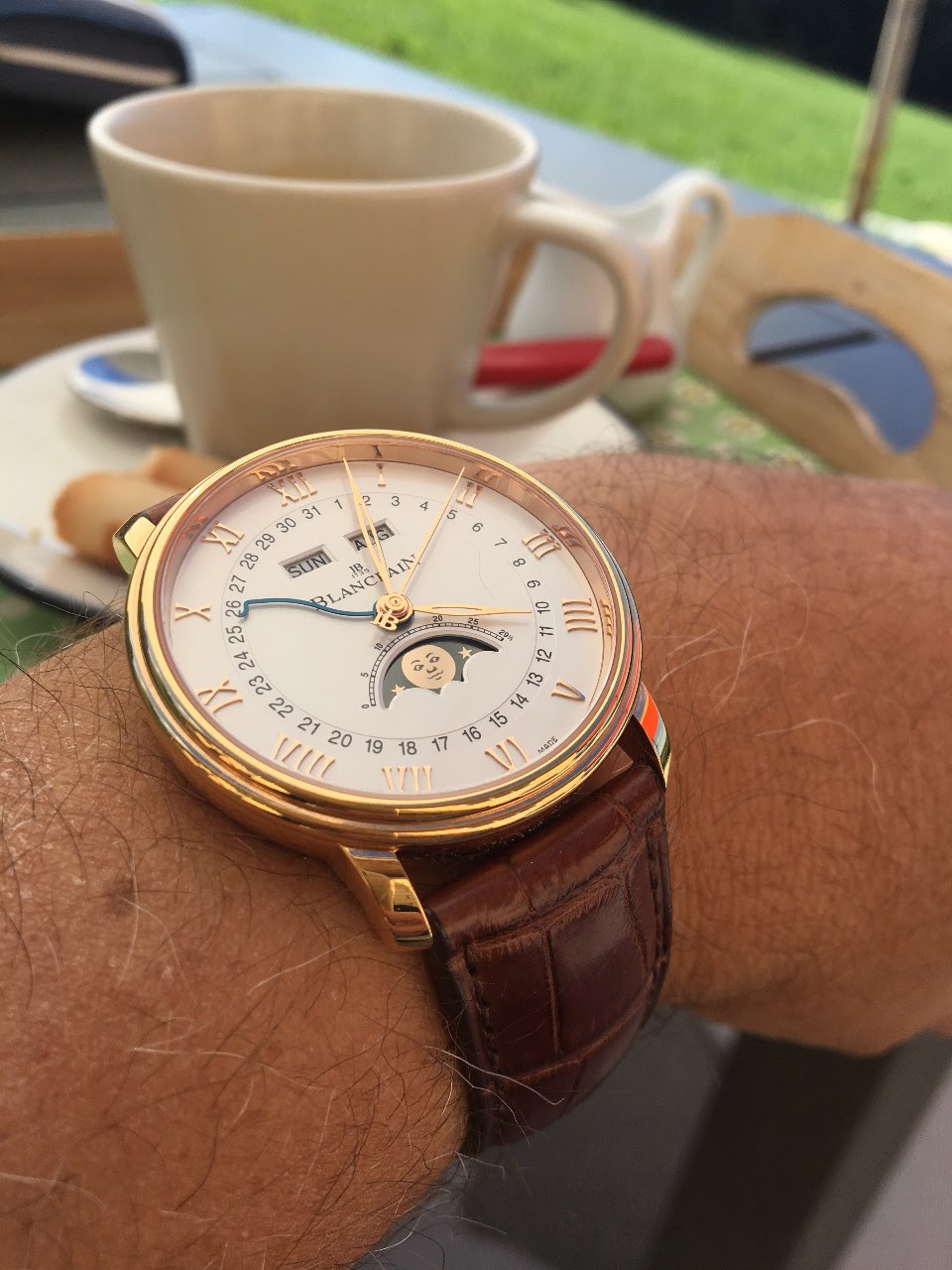 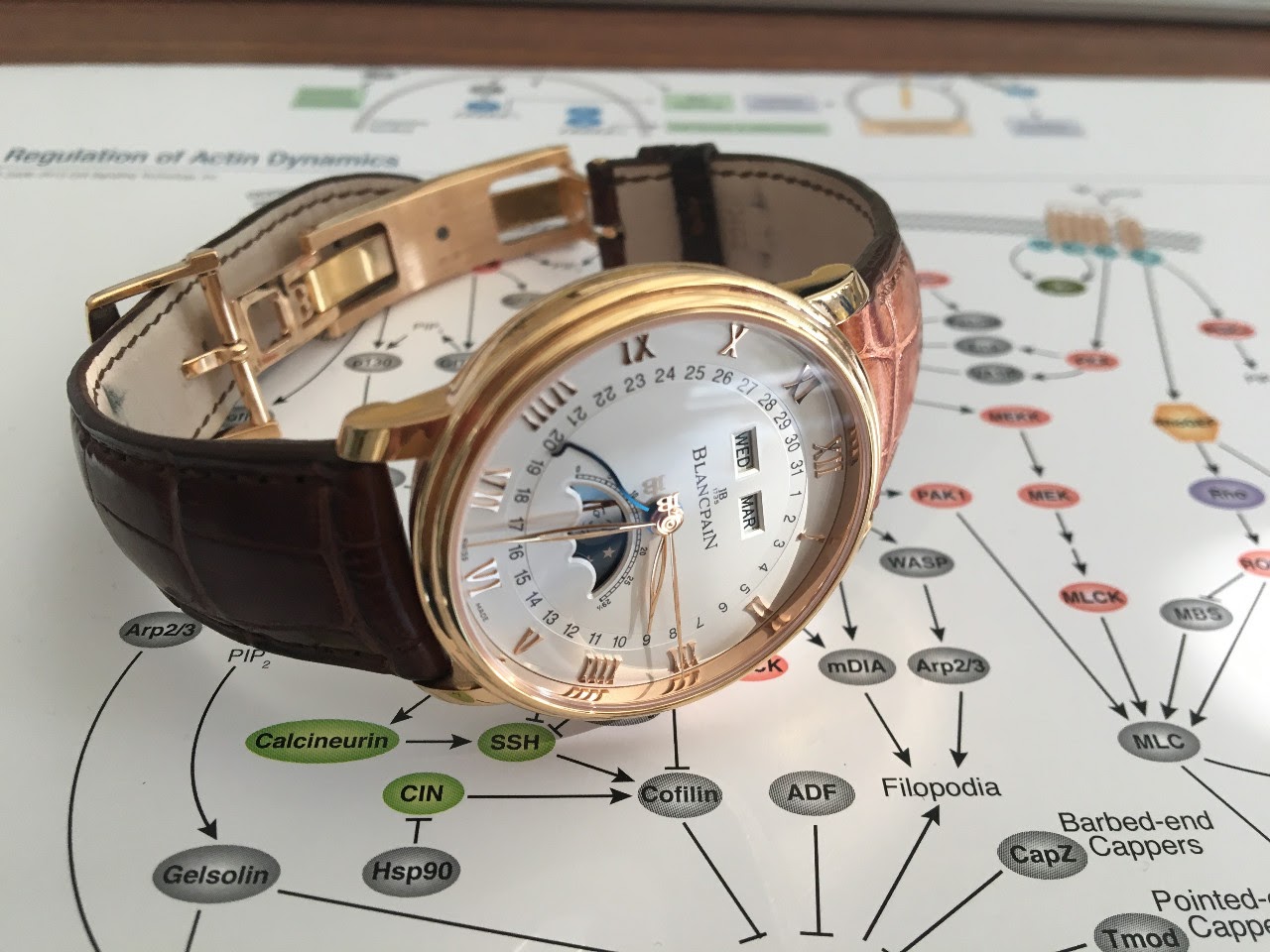 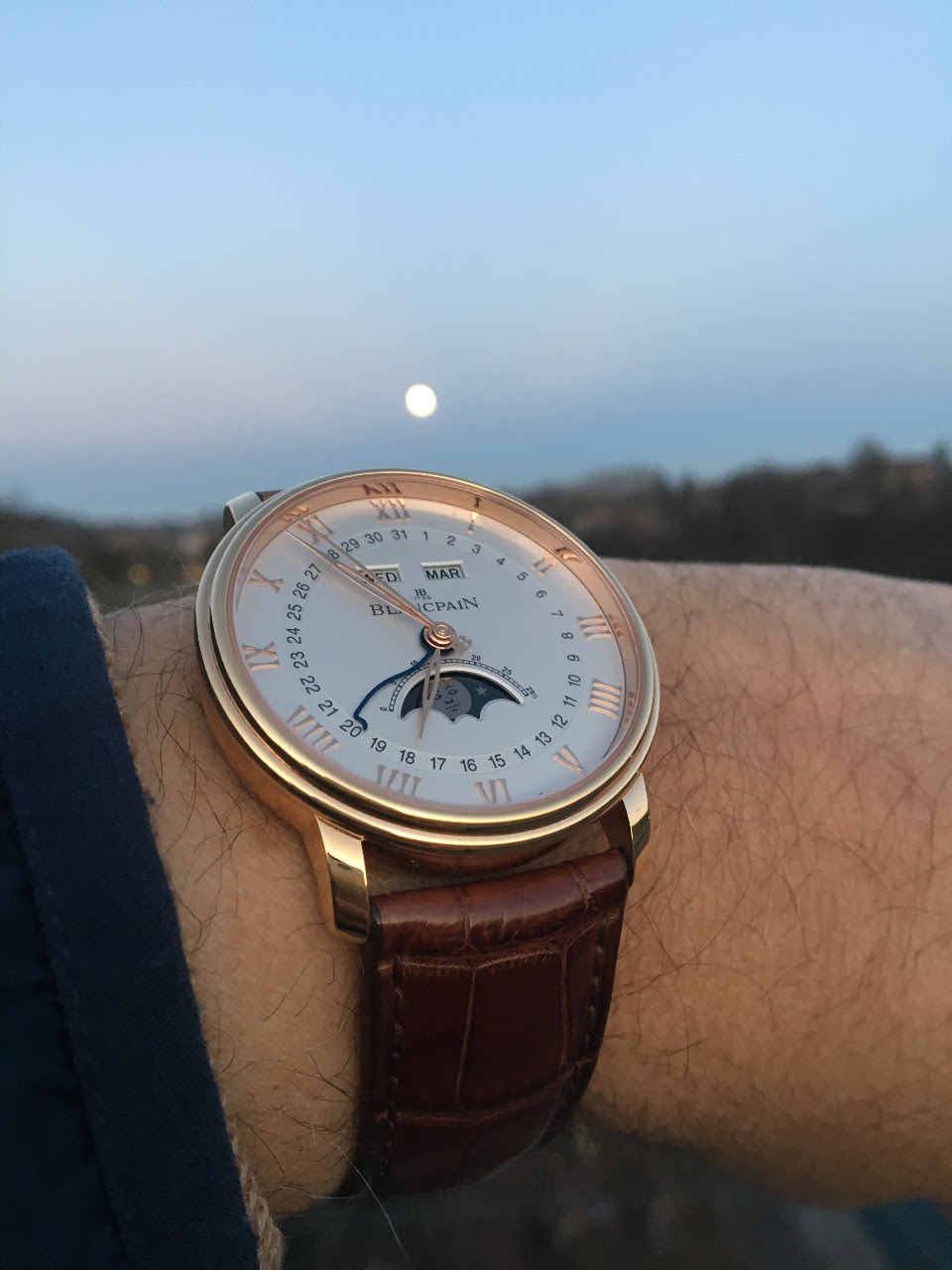 and it's your turn...
Izhik

By: iceheller : July 5th, 2019-07:39
The king and the soldier!
Got this air king last year after trashing Rolex for more than a decade in various forums. And when it reached the time to get a in-house movement watch for myself, I realised not many companies really manufacture in-house movement watch. And for most of the in-house movement watches, you gotta be on the waiting list, so I decide to open to Rolex as well and chance upon this air king during a regular visit to the AD. As with my other watches (mostly ball watch)  this king just went through all the bangs and knocks and still run with COSC accuracy. Nevertheless, i am quite impressive with Rolex watches durability.
For the other watch, I just received it FOC yesterday during my army reservist, it may be a quartz which many do not even bother to look at but it my 10 years commitment to defence the nation; I actually did something like 12years and now than they decided to give me this. Sadly I still got another one/year to go! Alway ready! Ready to Woof Woof! 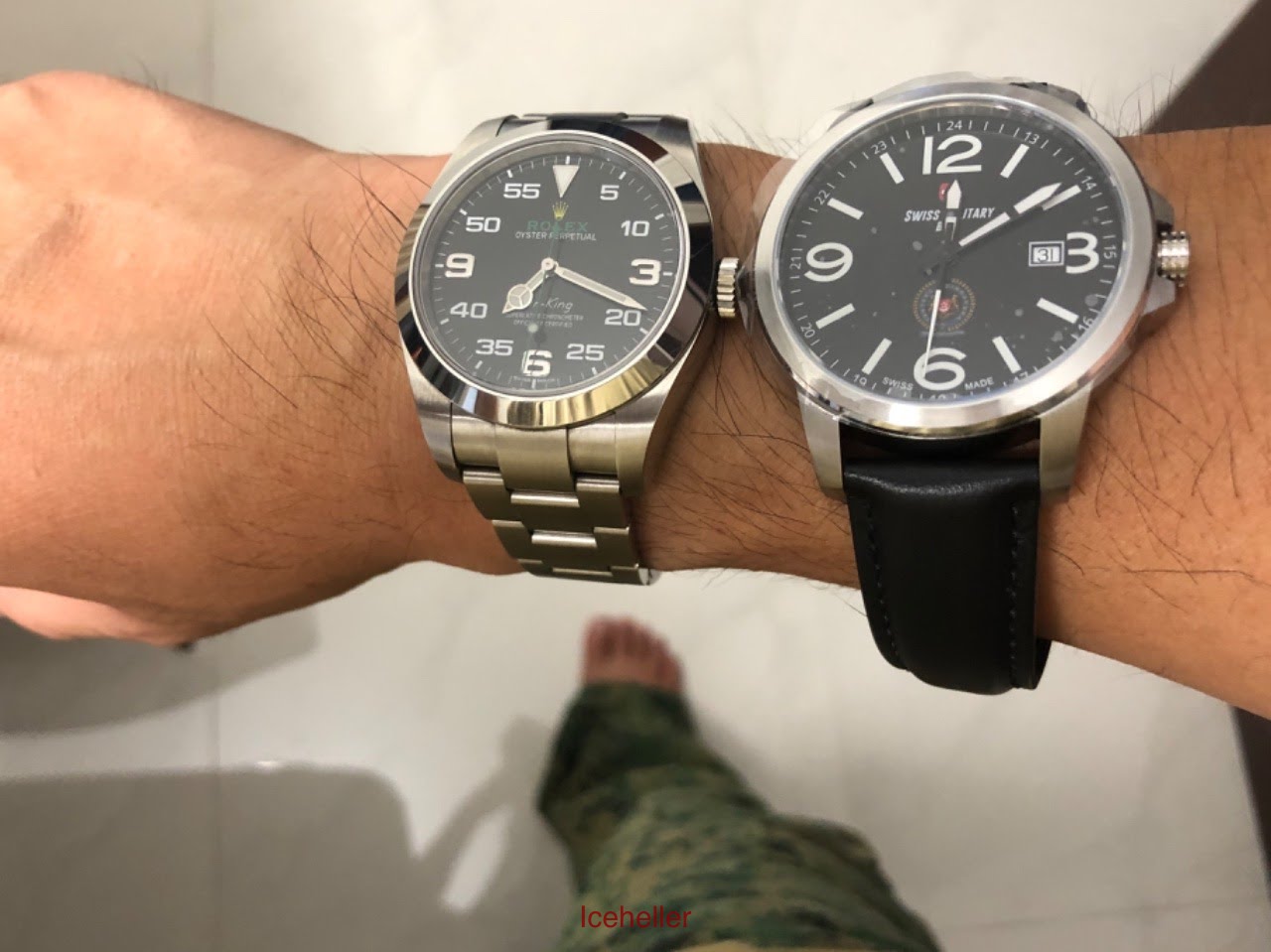 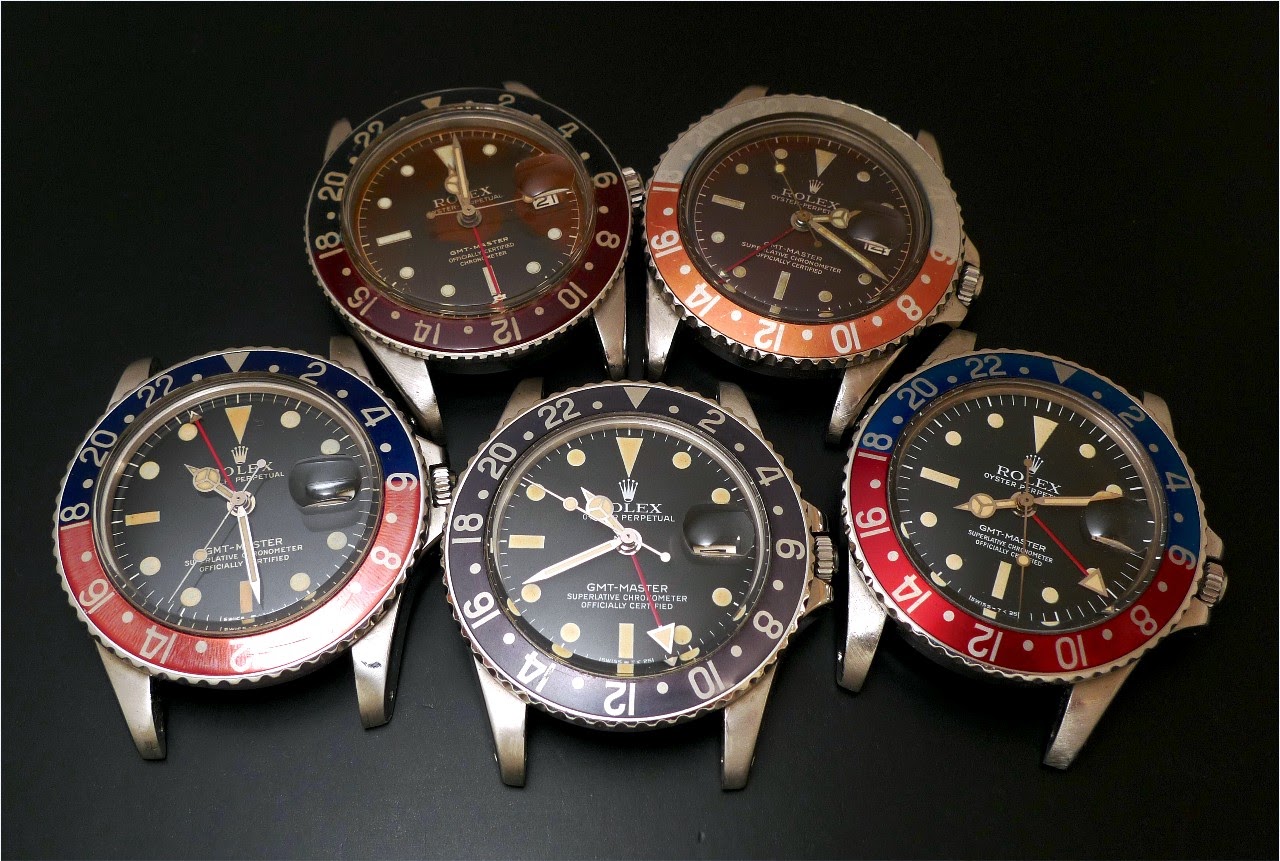 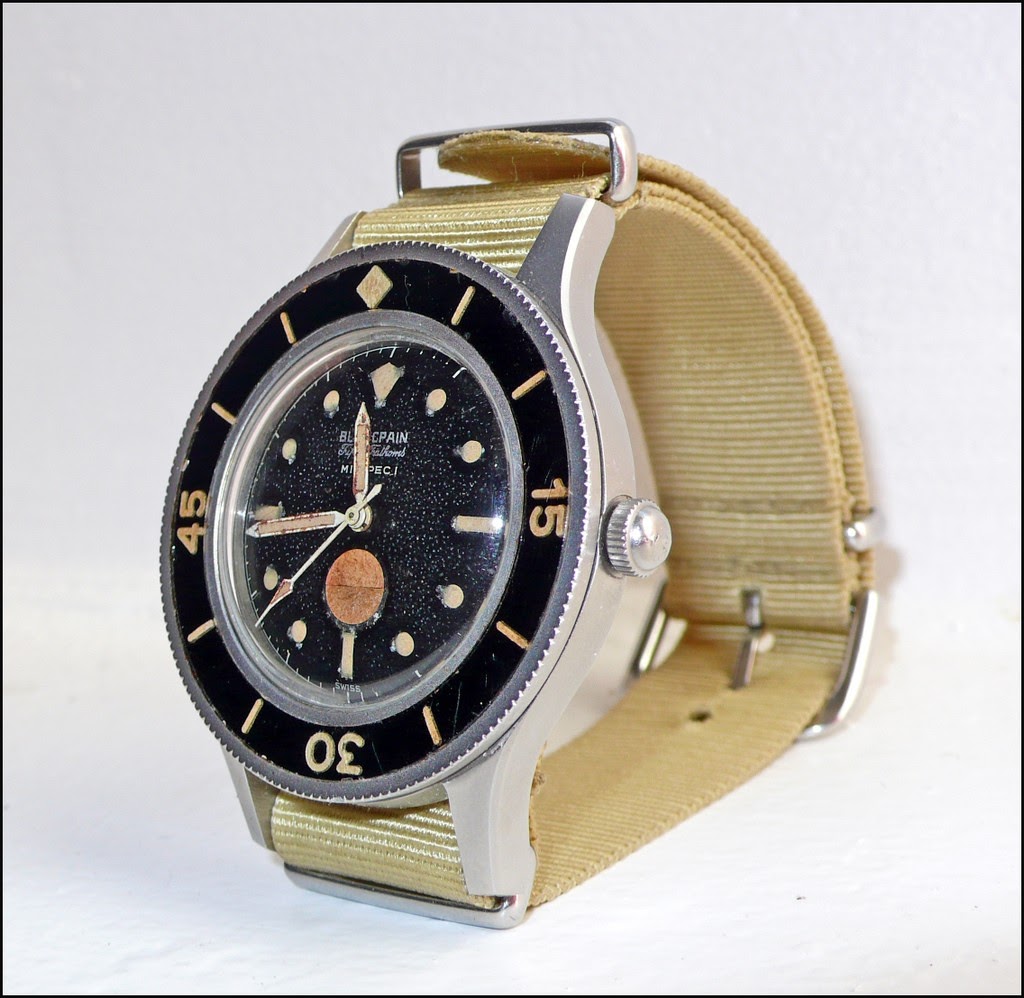 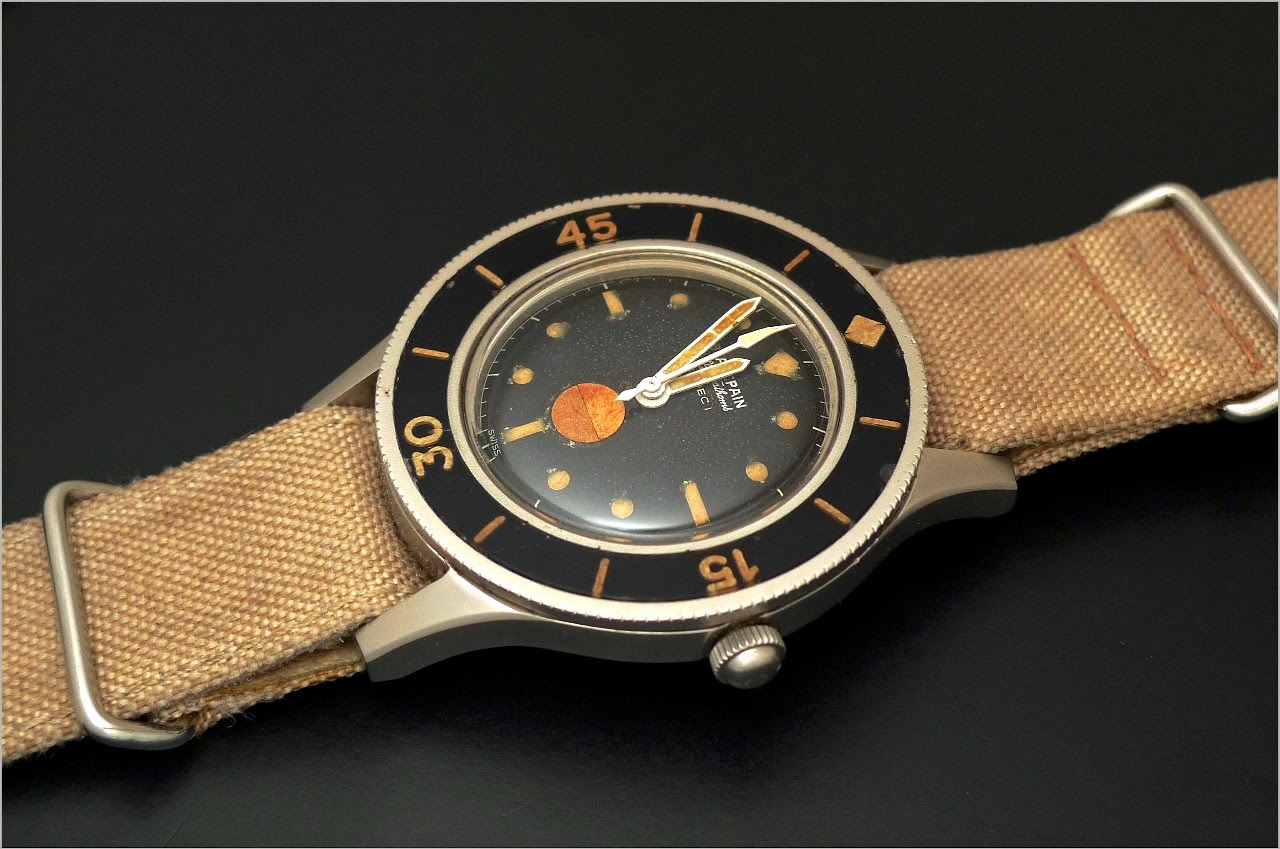 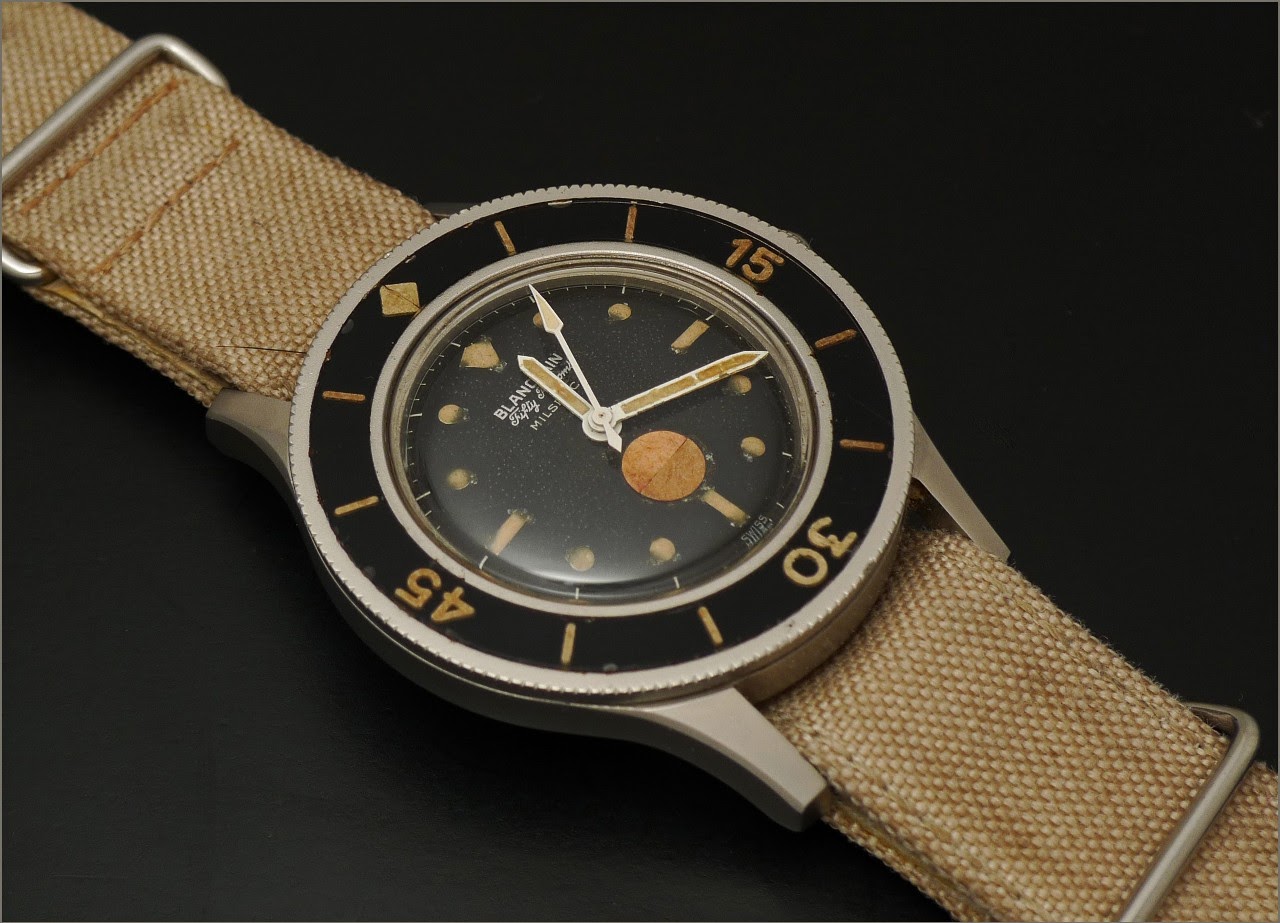 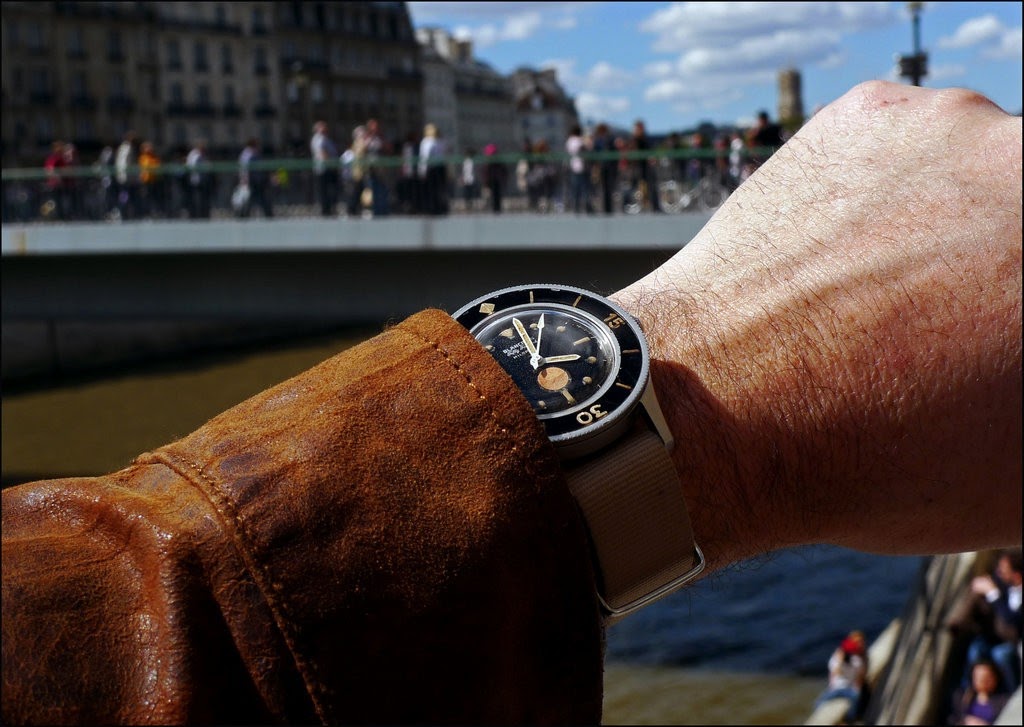 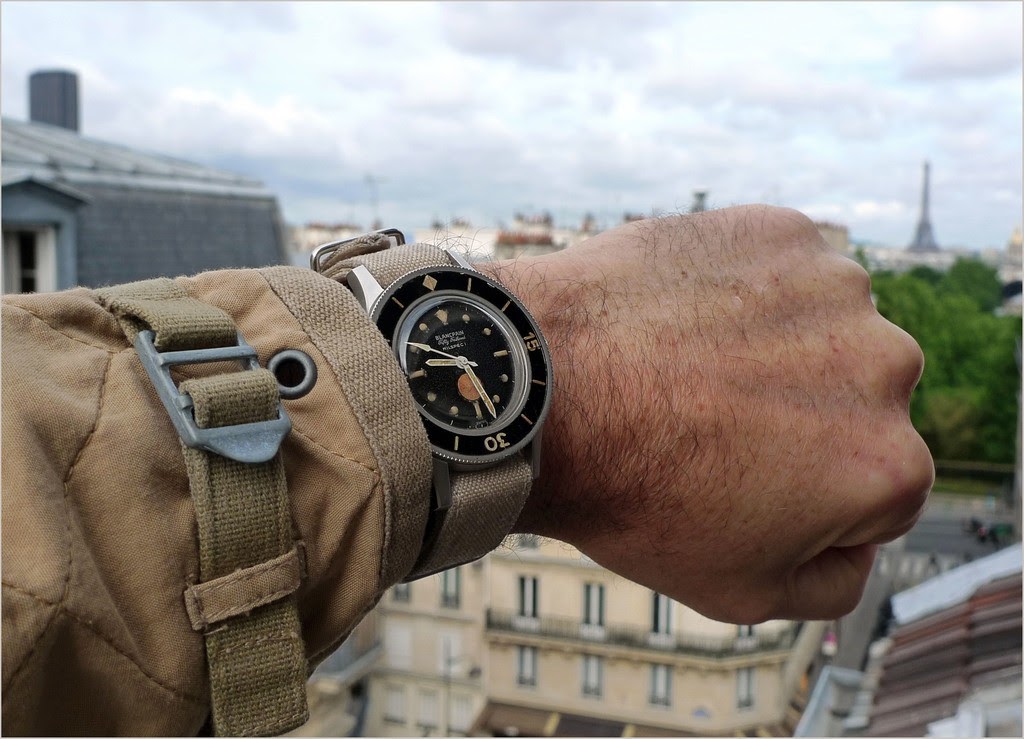 By: Subexplorer : July 5th, 2019-10:46
... FF!! Superb shots you share!!
I didn’t know that your love for GMT’s started with a promise in your youth!! Nice to know that!!
Two wonderful watches and stories behind my dear friend!
Hagwe and abrazos!! Abel
login to reply 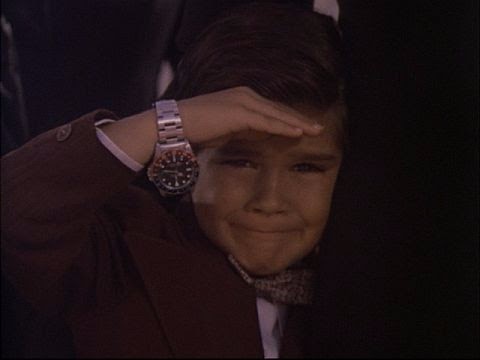 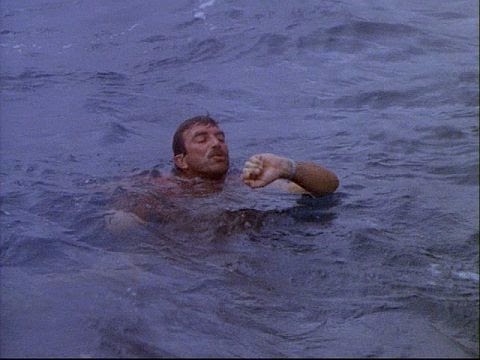 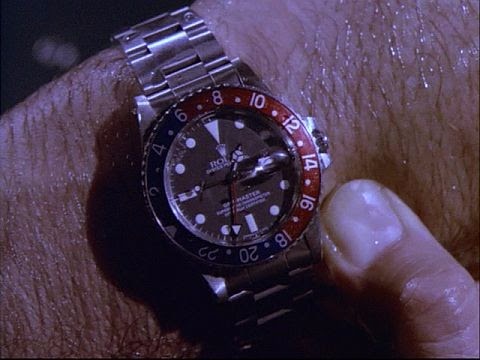 By: Subexplorer : July 6th, 2019-17:03
... seems we share similar tastes!
And Bullitt includes two classics I love so much: McQ and Mustang!
Cheers! Abel
login to reply

By: Izhik : July 6th, 2019-02:17
but that FF...well, I guess you got already my thoughts about BP...sounds you being woke up early in the morning in that instance, paid off very well...really love that FF...
login to reply