Tony is on the money. One legit chronometer in this thread . . . 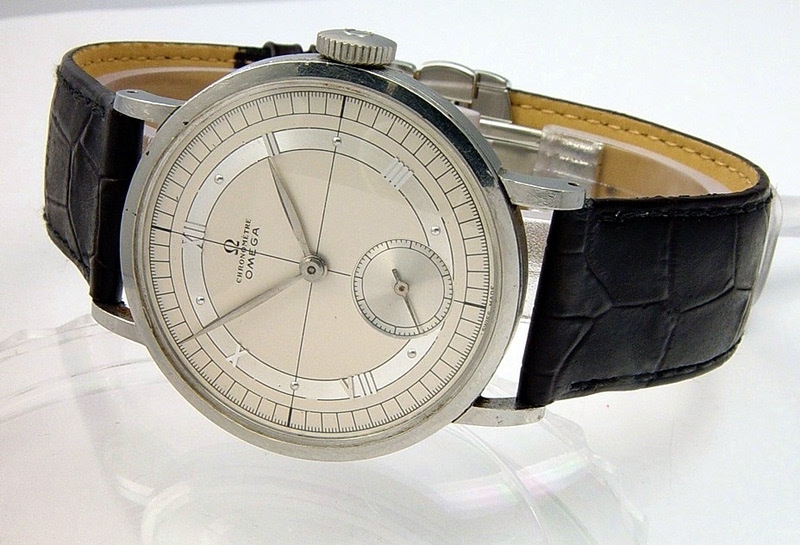 . . . fitted with a Causmann dial from the '90s and a replacement crown.  No movement image provided, but it should have a 30T2rg inside.
This one is the homage produced in the mid-'90s in yellow gold . . . 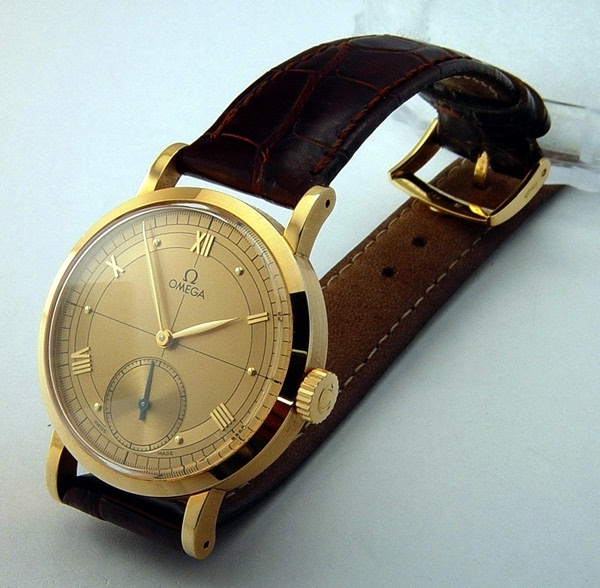 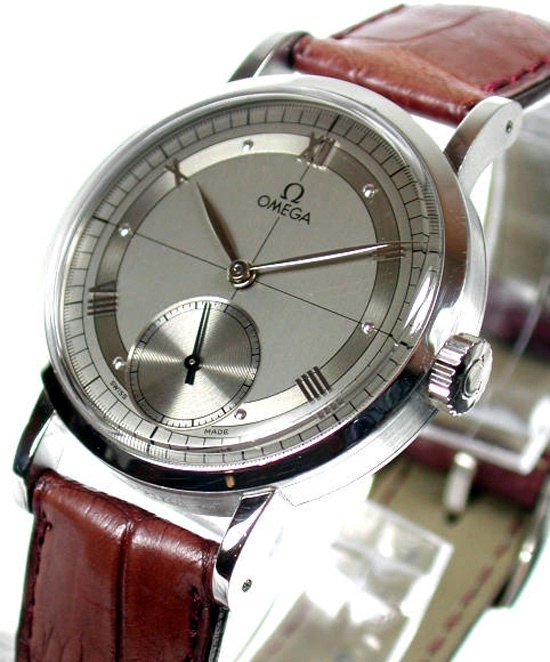 (There was also a rose gold model.  And a set of three enamel dials for Japan, also in precious metal.)
Omega found a stash of cal 269 movements which enabled them to produce this series . . . 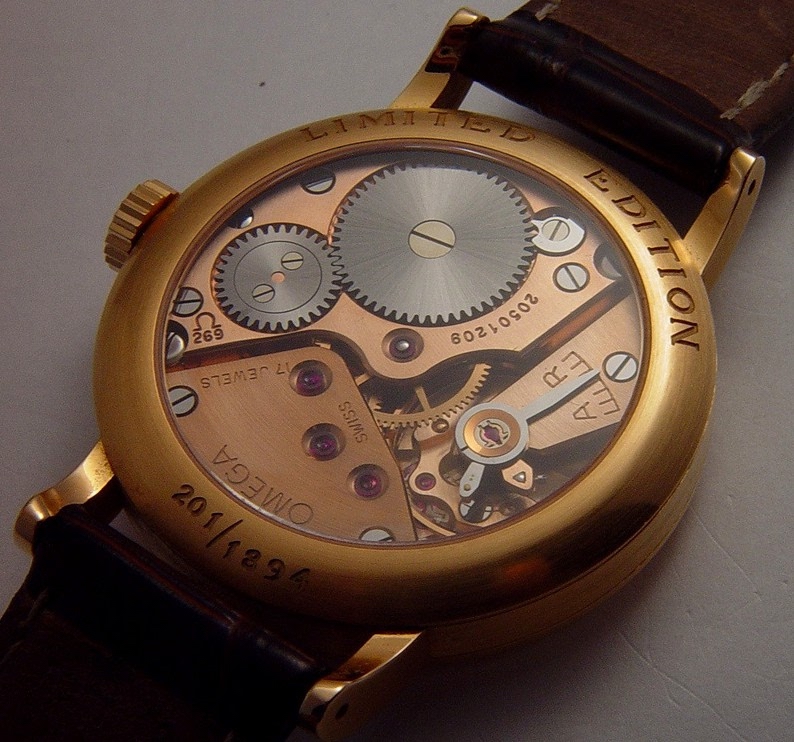 . . . kinda like Patek did with their ref 5105.  These homages mimicked the original 2366, but not down to the last detal, and the cal 269 movements were not rated.  Miki J had one once upon a time, and Steve G has one.  I believe a few other community members in the past had (or still have) one as well, notably MSNWatch and GatorCPA.  One of the latter fitted a cal 30T2rg movement for what has to be the coolest hot rod of all time.
This one appears to be an authentic yellow gold ref 2366 (either 14 or 18 kt) . . . 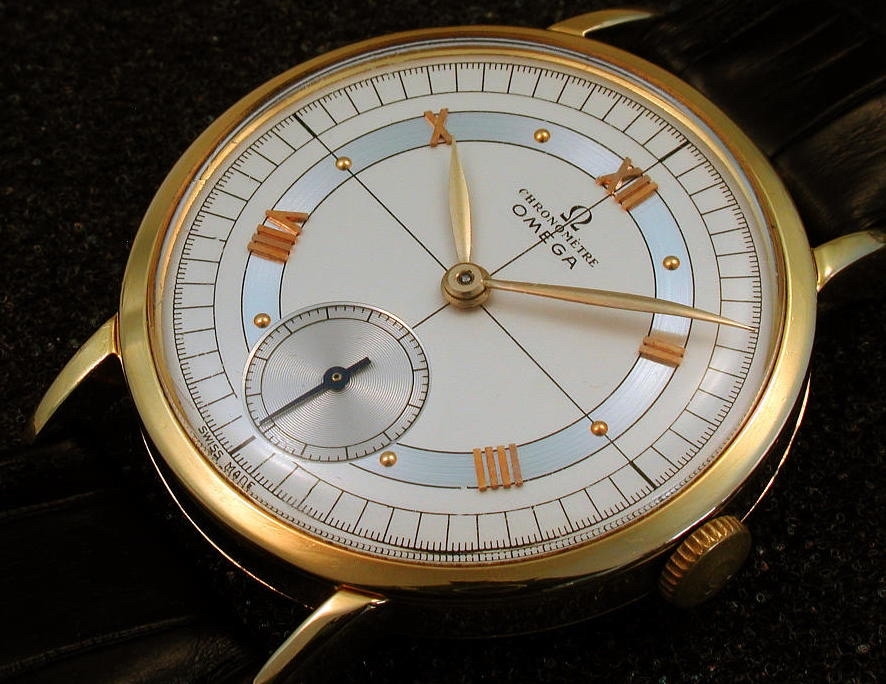 . . . with, again, one of the Causmann dials produced in the '90s.  I recall a mention from many years ago that Omega had service dials for their chronometer references in stock until roughly twenty years ago.  It's likely, in my opinion, that dials Omega had in that time frame were made by Causmann.  Genuine service dials from the '40s must've been exhausted well before then.
The others are hodge-podges.  This one might be a '50s ref 2639 . . . 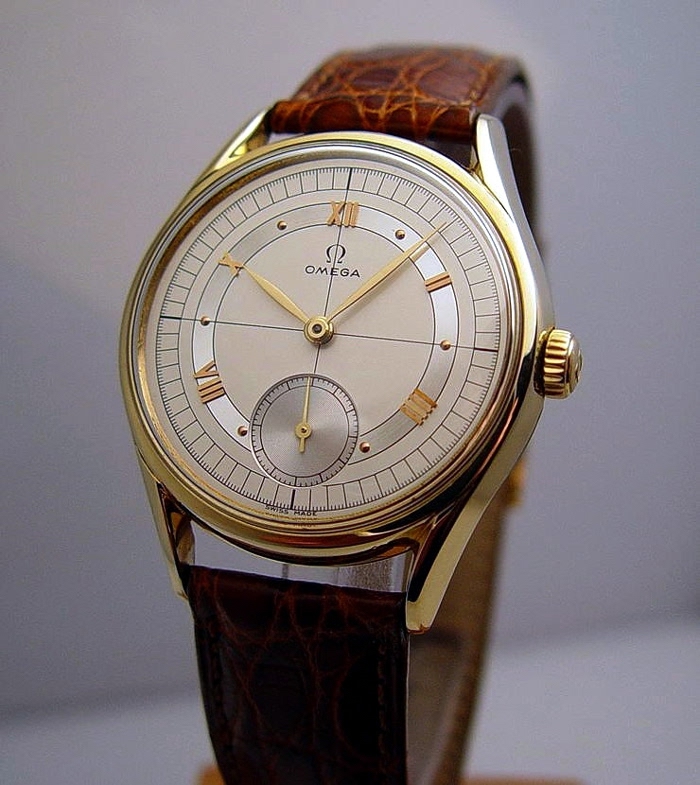 . . . with an adroitly-fitted Causmann dial, but there's no way of telling without movement and inner caseback images.
Art

There are some gems here... thanks a lot for the pictures! [nt]

Those straight lugs sector dialled omega are such classics

Just like what you shared for the Reversos, these are great photos but ...

By: Seeks : April 20th, 2020-11:18
the watches are even better ! Much appreciated Mike ! Love how pristine those sector dials are ! best regards
login to reply

By: Tony C. : April 20th, 2020-17:52
with no disrespect to the OP, they're pristine in large part because, with the possible exception of the steel Roman numeral example, they aren't original. Regards, Tony C.
login to reply

I did not intend to fuel any controversy; I will discuss this post with our Omega moderator

By: cazalea : April 20th, 2020-23:31
As I stated at the beginning of the the photo sharing, these came froma disc given me by a watch collector, back in 2002. I don't know any history other than that. Cazalea
login to reply

By: Tony C. : April 21st, 2020-09:13
I was simply stating facts, and there shouldn't be anything controversial about facts. Any collector with experience with 30T2Rg Chronometres can easily tell that those are either refinished or later replacement dials. Regards, Tony C.
login to reply

Tony is on the money. One legit chronometer in this thread . . .

Another minefield, this reference, then... Damn, it is a watch I would love to find, one day. [nt]

Hi Art! These may be the Rolex "Blueberry" equivalent....

By: CR : April 23rd, 2020-06:45
That's the association I'm having here, anyway. I've always assumed the dials on my "twins" are not original. They're below, with display backs that I had Wuischpard make many years ago -- of course, I still have the original casebacks that are stamped 23...
login to reply

By: Dr No : April 23rd, 2020-23:17
. . . (and I'm sure your spelling with an e is correct as you dealt with them directly) is shrouded in mystery. They were rumored to be the manufacturer responsible for a run of well-made dials. Erich [log-in: mac_omega] devoted a page in his Omega chrono...
login to reply

The chances of this one having an original dial . . .

By: Dr No : April 22nd, 2020-19:25
. . . are fairly slim in my estimation, Tony. If it's an original dial, then it has to be one of the fittest survivors imaginable. Nearly perfect examples exist, but considering the rest of the collection, I tend to doubt this particular dial was made by ...
login to reply

By: Tony C. : April 23rd, 2020-03:51
Thanks Art! I am well, and hope that you are also healthy and well. I was being charitable, and suspect strongly that it is a modern German/Austrian re-dial. All the best, Tony
login to reply

By: mac_omega : May 11th, 2020-04:22
Hi Forumers, I have been absent for some time and nearly missed this post. I am sorry to let you know that none of these dials are original. And no, these dials were not made by Causemann. Causemann is not a dial manufacturer but only a restorer. He would...
login to reply

Thank you so much for your invaluable feedback, my friend. [nt]

Thanks for clarifying the situation, Erich. And apologies for the error conflating Causemann as the maker of chronométre dials . . .