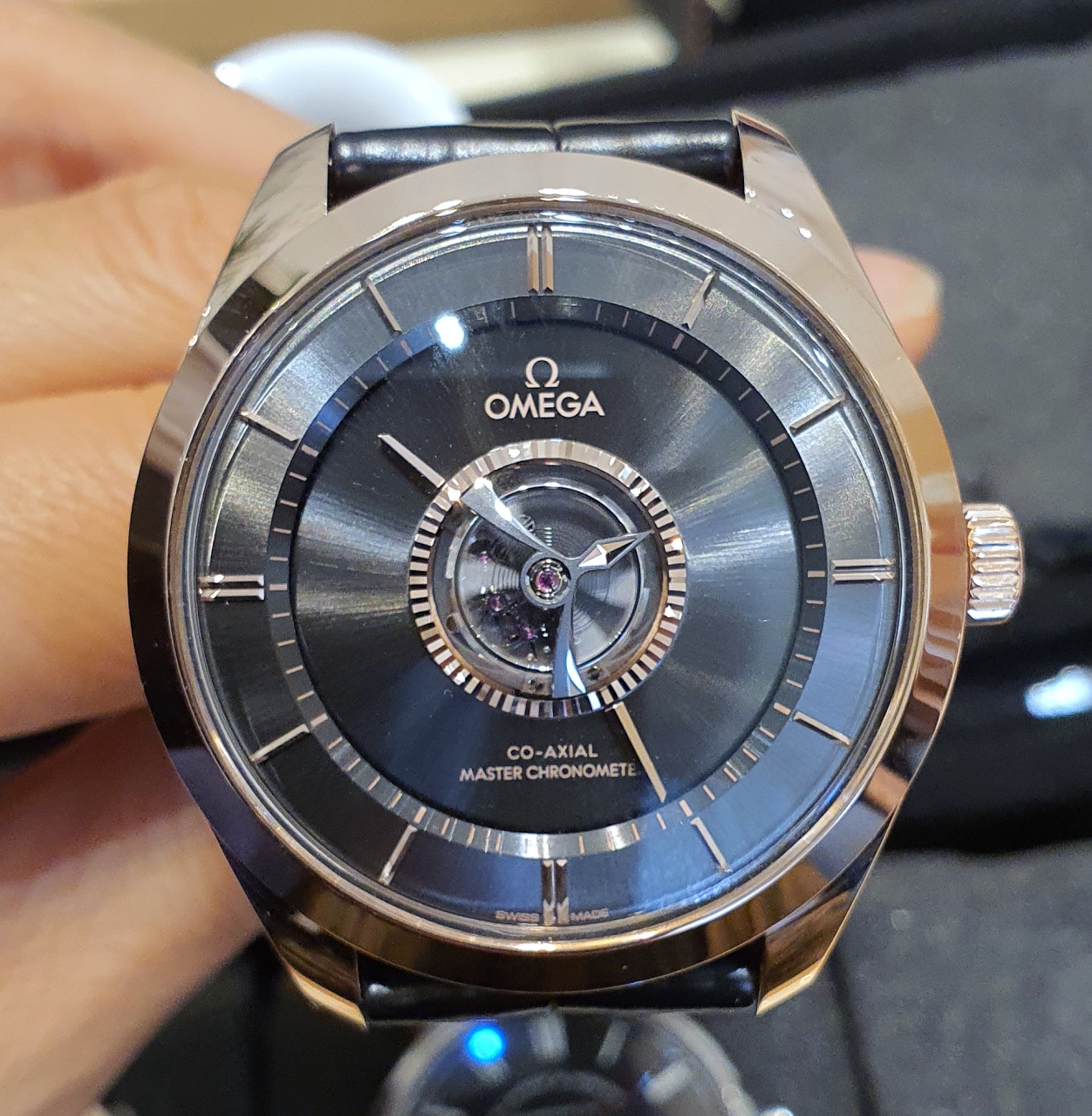 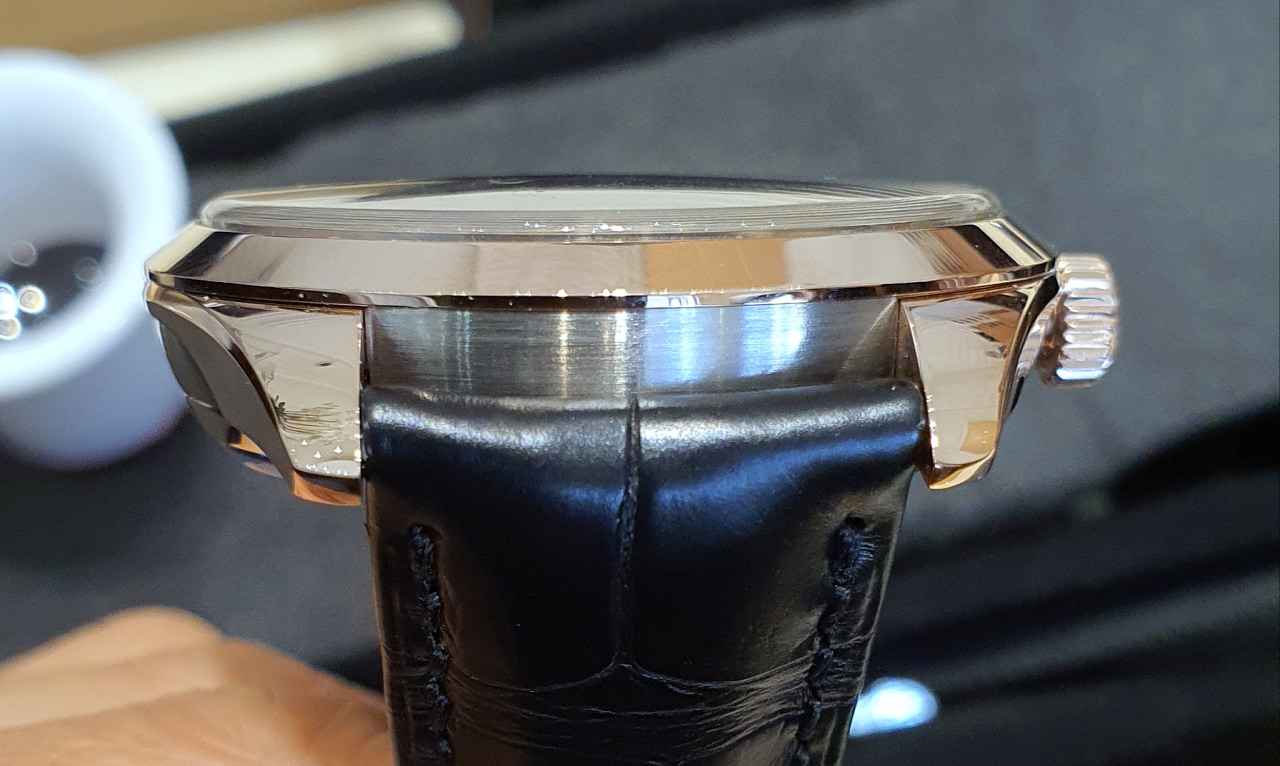 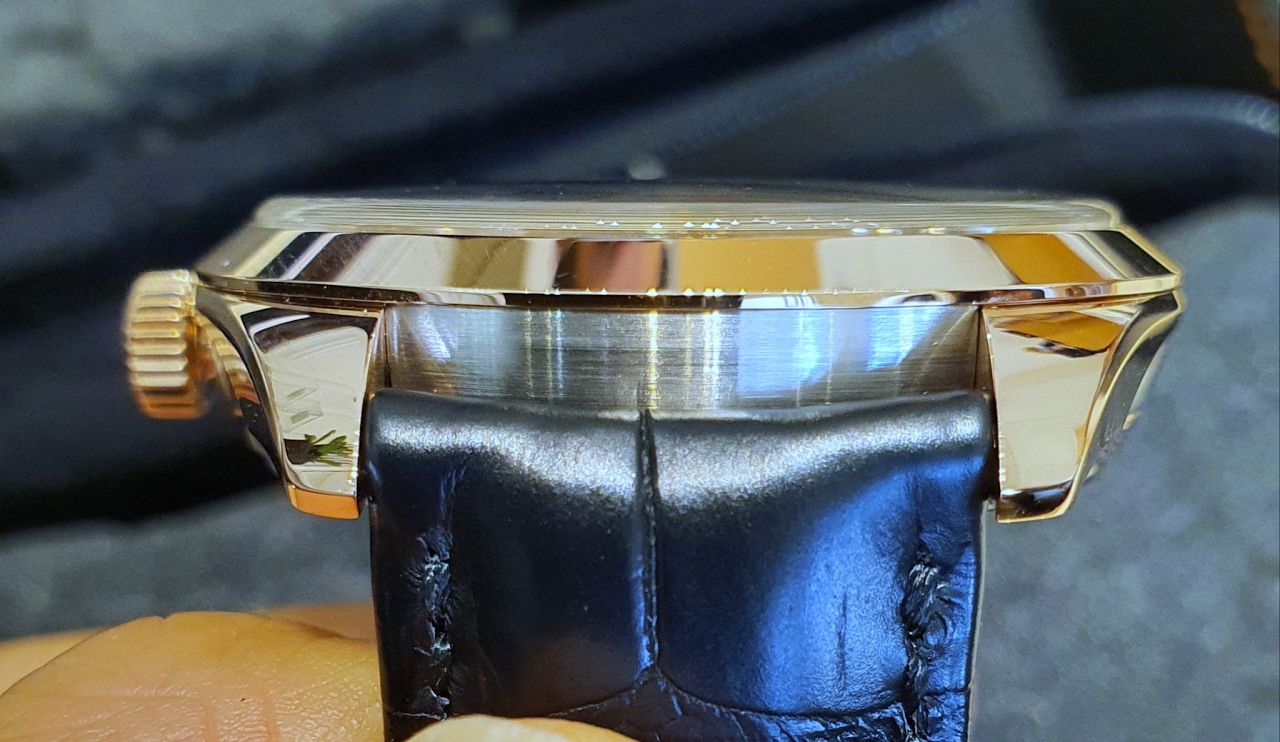 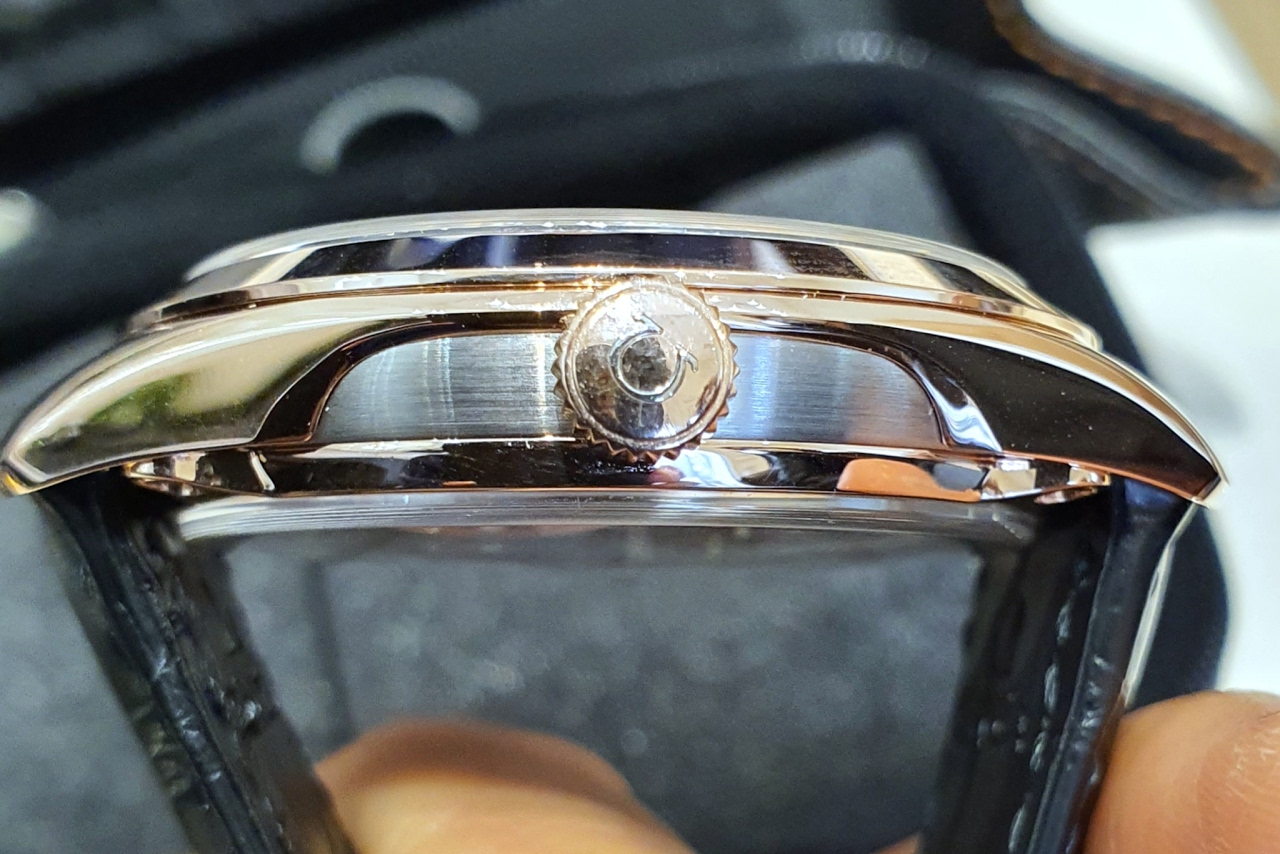 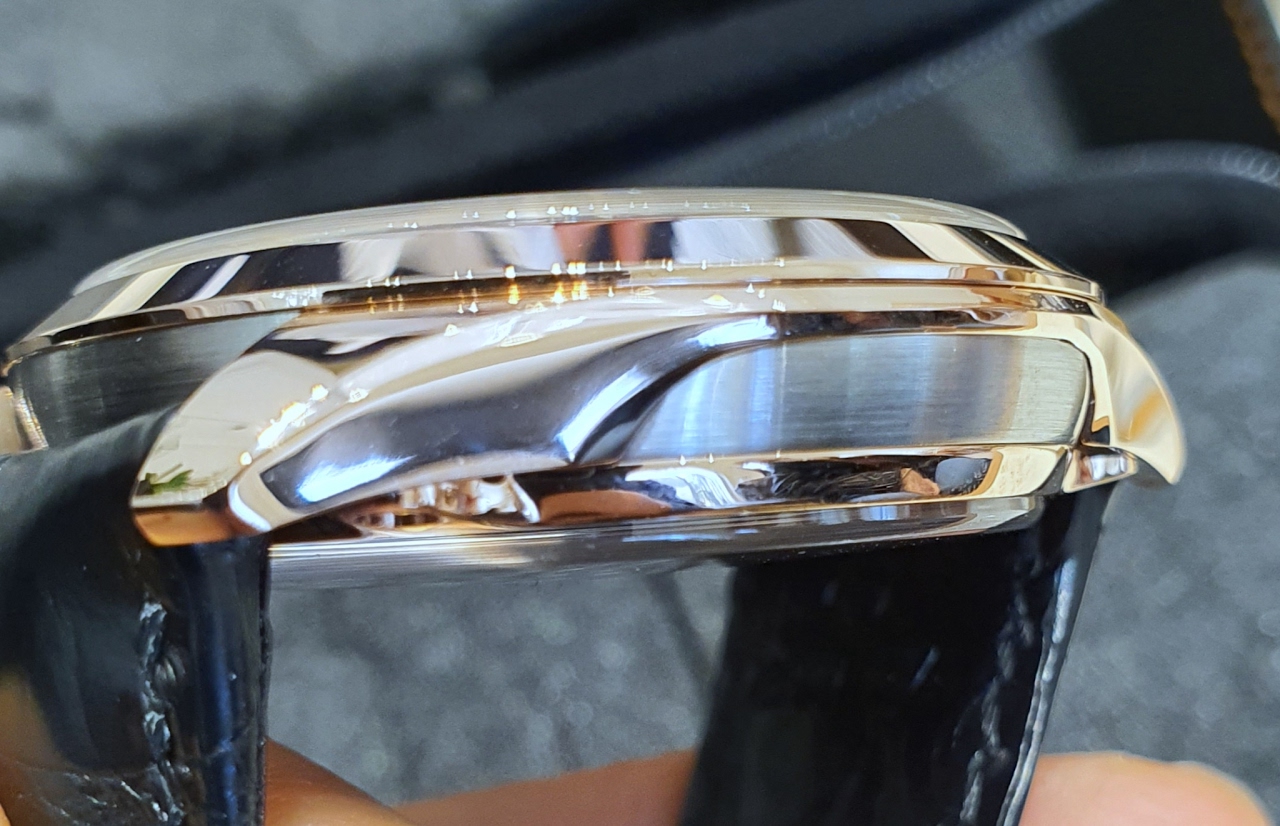 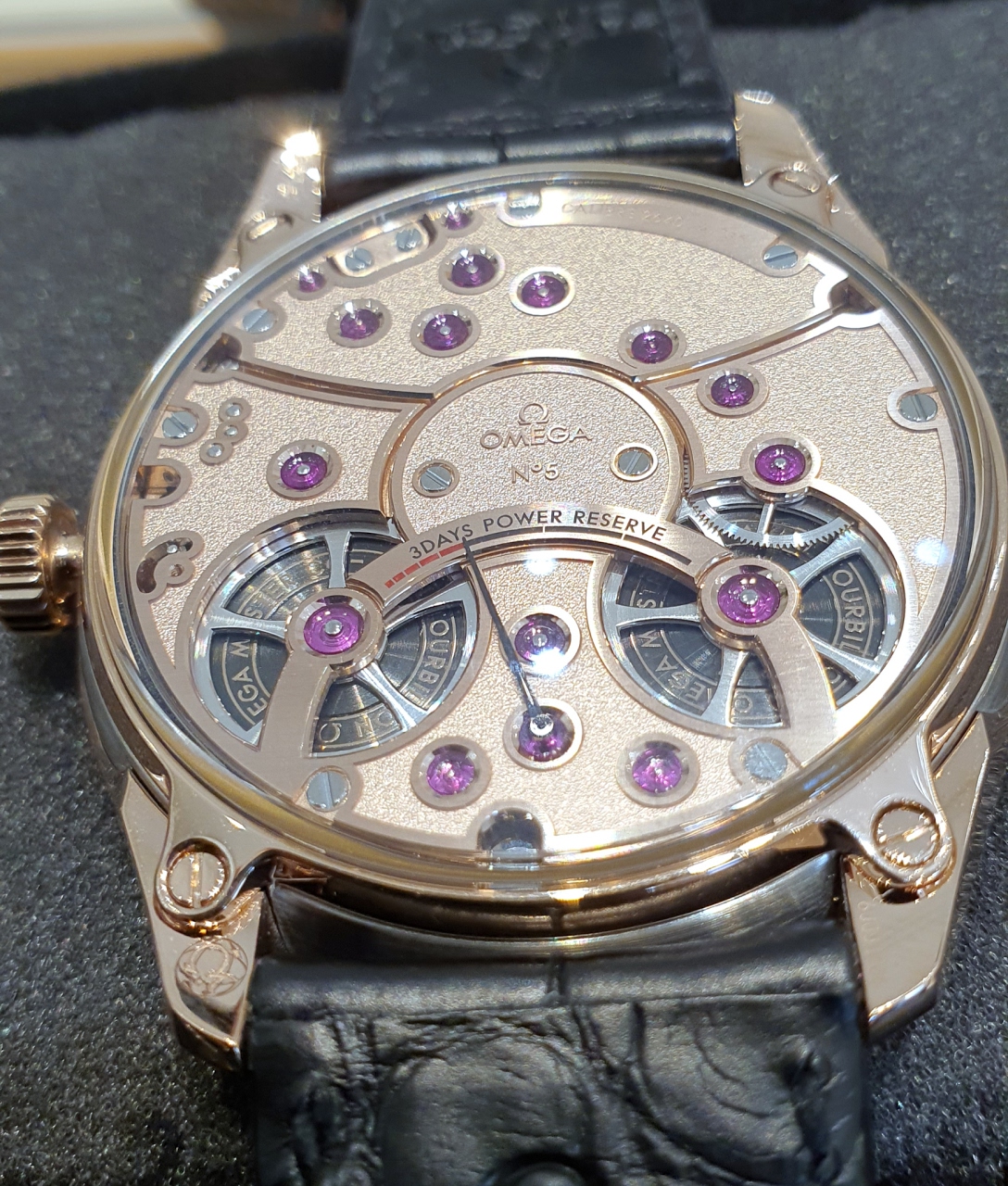 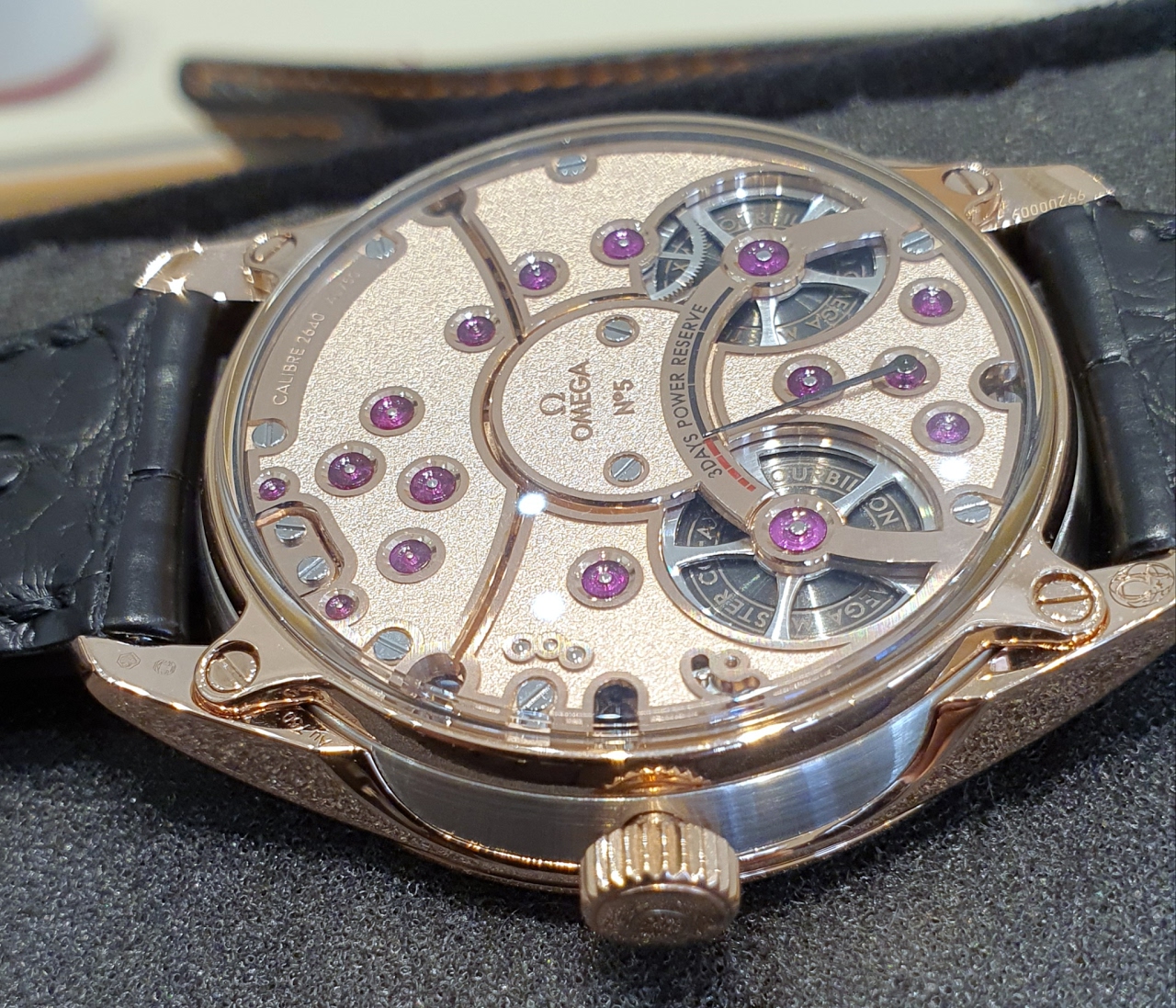 Only 5 have been produced so far and it has the same concept as the new Ed White 321 so ONLY 1 watchmaker from start to finish and in the same department reserved for artisanal products. The movement bridges are in solid gold and hand finished so probably the most artisanal piece Omega has come out with so far. It's an exceptional piece to show Omega's savoir faire and to change it's image of entering into more "haute horlogerie." 🤔🤷🏻‍♂

The case is super complex consisting of 3 parts in rose gold and white gold (exclusively for Omega called Caponus as it is a mixture with palladium). It also has gold chatons around the rubies, similar to Lange. Overall, top quality finishing for Omega. Almost forgot to say that it is also a Master Chronometer so METAS certified 😉

By: holdemchamp1225 : October 16th, 2020-11:21
Check out this NEW Omega Master Chronometer Central Tourbillon in RG. Only 5 have been produced so far and it has the same concept as the new Ed White 321 so ONLY 1 watchmaker from start to finish and in the same department reserved for artisanal products...
login to reply

Stunning pictures. Thanks for the photos...

By: holdemchamp1225 : October 16th, 2020-11:37
I think it is a great piece but for more than 160k € I think I would go with an Independent and/or several pieces. I give Omega a lot of credit for producing this watch to the highest of quality and think it is an amazing project that will pay off in the ...
login to reply

Fantastic case indeed, nice back side, too. Worth the price? I have yet so meet someone who bought this one. [nt]

It is an exceptional piece and ONLY 5 have been produced so far. I think I know of 1 person who purchased one as he is most likely the largest Omega collector in the world...

To be clear, i included the last version, too. Thanks for sharing that knowledge.

Well, if you include the previous versions, as there were several, then I know a handful of people who own them 😉 [nt]

By: Watchonthewrist : October 16th, 2020-13:45
Looks amazing this Omega . Def something rare . Thanks for sharing
login to reply

Half of the pleasure comes from sharing 😉 [nt]

Oh that back! I sometimes wonder if they're not the most prolific manufacture out there (nt)

Can't argue with that esp with the Duometre! (Nt)

Indeed the Duometre movements are exquisite 👌

Thanks for sharing this. It's nice to be reminded that Omega is much more than the Speedmaster and Planet Ocean.

Agree but this is NOT part of their Deville line like the previous central tourbillions. This is a COMPLETELY NEW watch which is made in their artisanal department alongside the EW 321...

By: holdemchamp1225 : October 17th, 2020-13:06
So now Omega has 2 watches in this department which will be made by a single watxhmaker from A to Z. It is a good start for them to inteoduce more artisanal pieces with high quality and standards.
login to reply

Thanks. I'm aware it's not a De Ville. I was merely communicating a preference. [nt]

By: Age_of_Surfaces : October 19th, 2020-00:09
The development you describe is welcome. After all, the company changed its name owing to a movement. It would be nice if it tapped some of that tradition to create new pieces.
login to reply

Been holding off commenting as . . .

By: Dr No : October 19th, 2020-18:24
. . . I'm of two minds. 😕 One the one hand, it's a tour de force both technically and aesthetically. It's reassuring to know that Omega is capable of creating works of horological art. But should they? Fred Astaire was practically peerless as a dancer, an...
login to reply

I would agree with you to a point Art but to say that Omega is peerless is a but of a stretch especially if I think of JLC which IMHO is above and beyond what Omega has ever been...

By: holdemchamp1225 : October 20th, 2020-03:12
in terms of horological competence. I love Omega and their history but comparing them to JLC one can clearly see the difference 🤷‍♂️
login to reply

We're agreed when it comes to complications and exotica, but . . .

By: Dr No : October 20th, 2020-09:31
. . . where the basics are concerned, with ordinary production movements, Omega was practically peerless during the Golden Age of watchmaking objectively, with independent corroboration at timing trials. While the jury may still be out for this century, m...
login to reply

I do agree with you about the Golden age and even modern production of standard movements, especially with Daniel's coaxial escapement BUT when it comes with ANY type of complication...

By: Dr No : October 20th, 2020-10:38
. . . almost fully agreed. I say almost because I consider UN to be JLC's peer when it comes to the cutting edge of horological innovation. Where we might disagree is the relative importance of innovation for innovation's sake. When it comes to practical ...
login to reply

🤝👍 to UN and JLC with JLC having a longer history of innovation but I do agree from the 80s and on...

By: holdemchamp1225 : October 20th, 2020-10:56
As for Omega and practical application, Seiko and GS would have to be slightly ahead due to vertical integration and the fact they do everything themselves 😉 So we are 95% there 😁😜
login to reply

It was even better in person 😉 [nt]