A discovery not really, as I saw some very nice ones, in some window displays of some dealers. 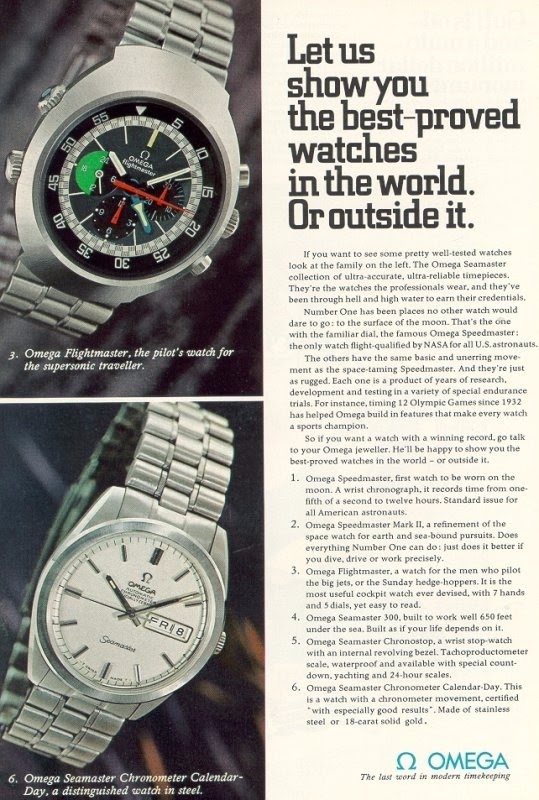 " A watch for the men who pilot the big jets or the Sunday edge hoppers... " 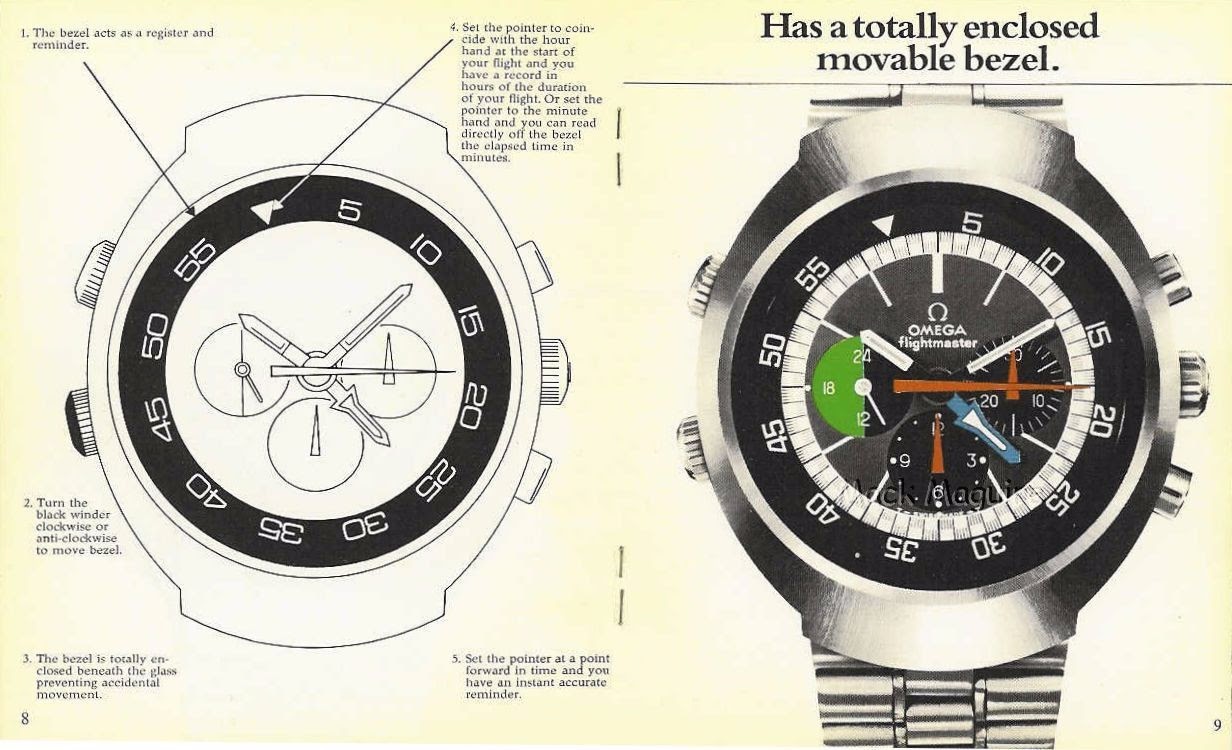 Now why am I so attracted by this reference?
The dials show, quite often, some very nice patina and / or character.
Here are some specimen I found on the net.
145 013. Credit picture Austin Kaye UK: 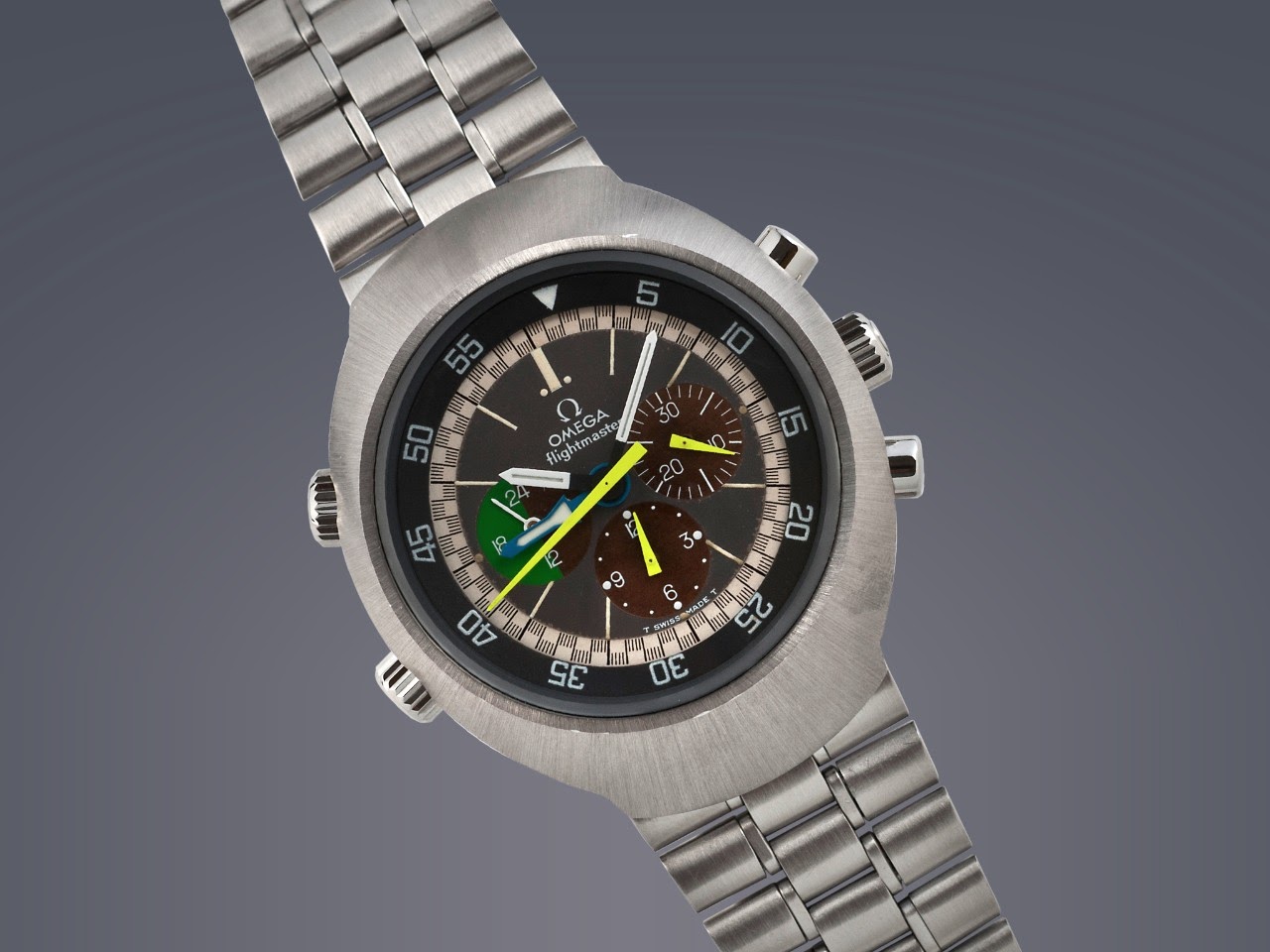 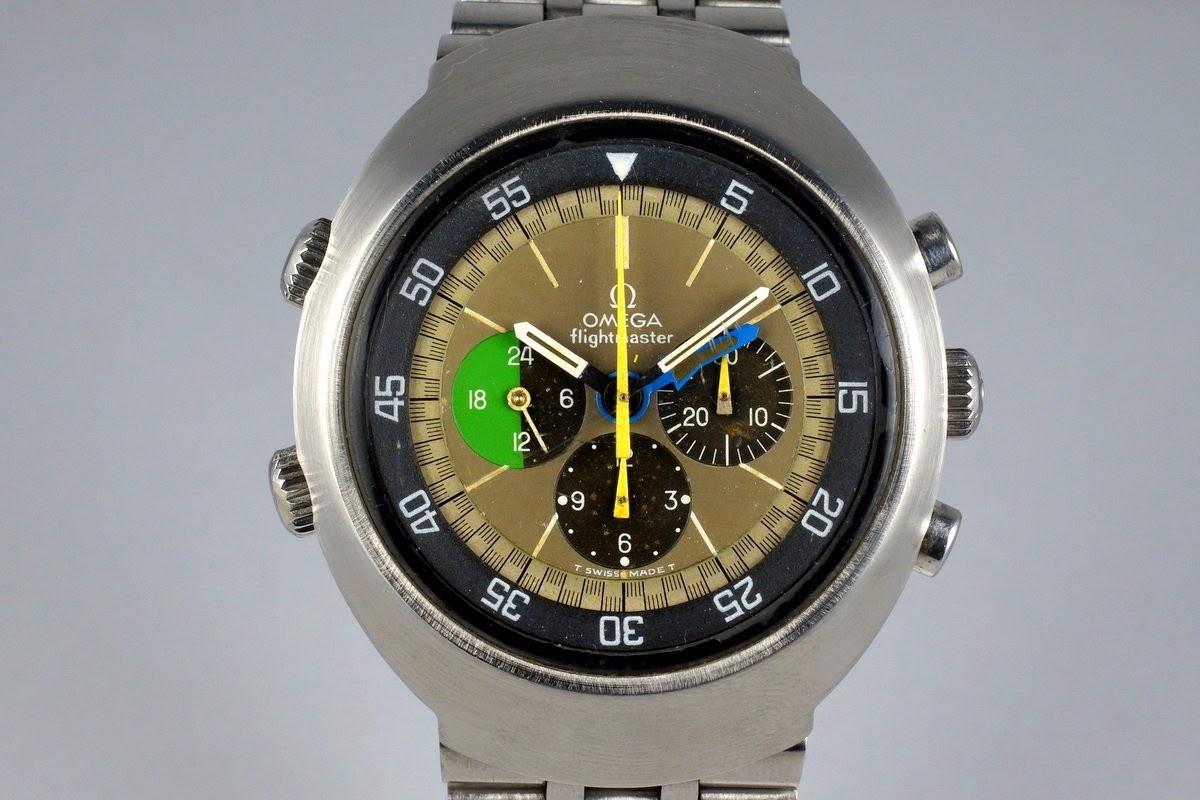 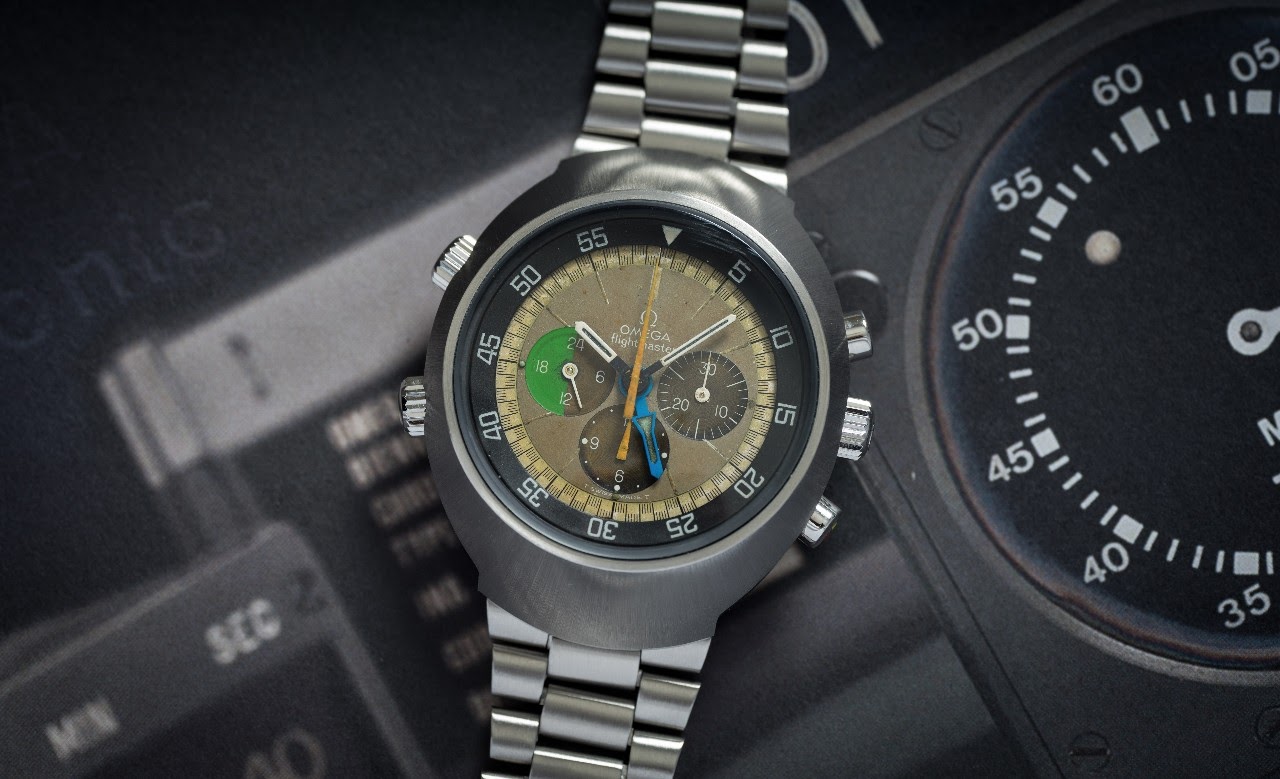 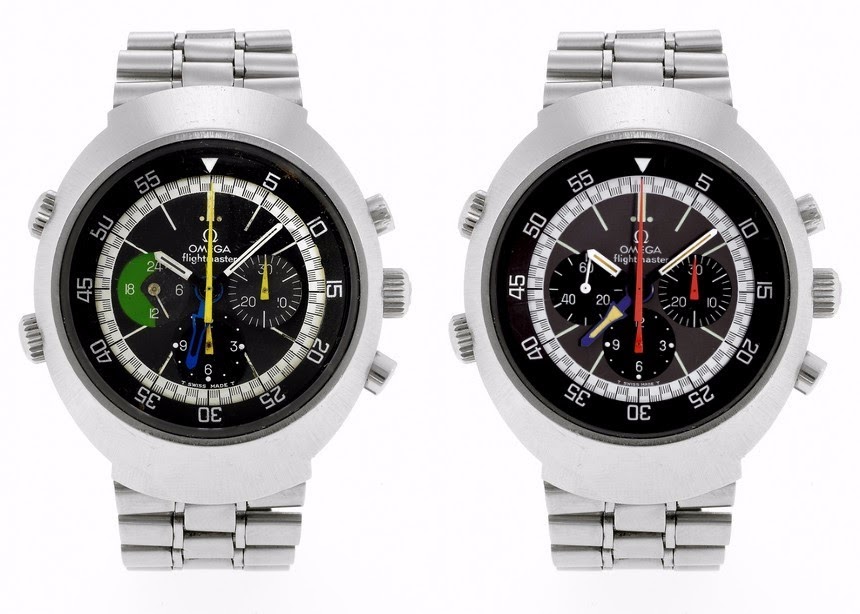 The Flightmaster 145 013 also existed in gold, but they are quite scarce:
Credit picture: Christies. 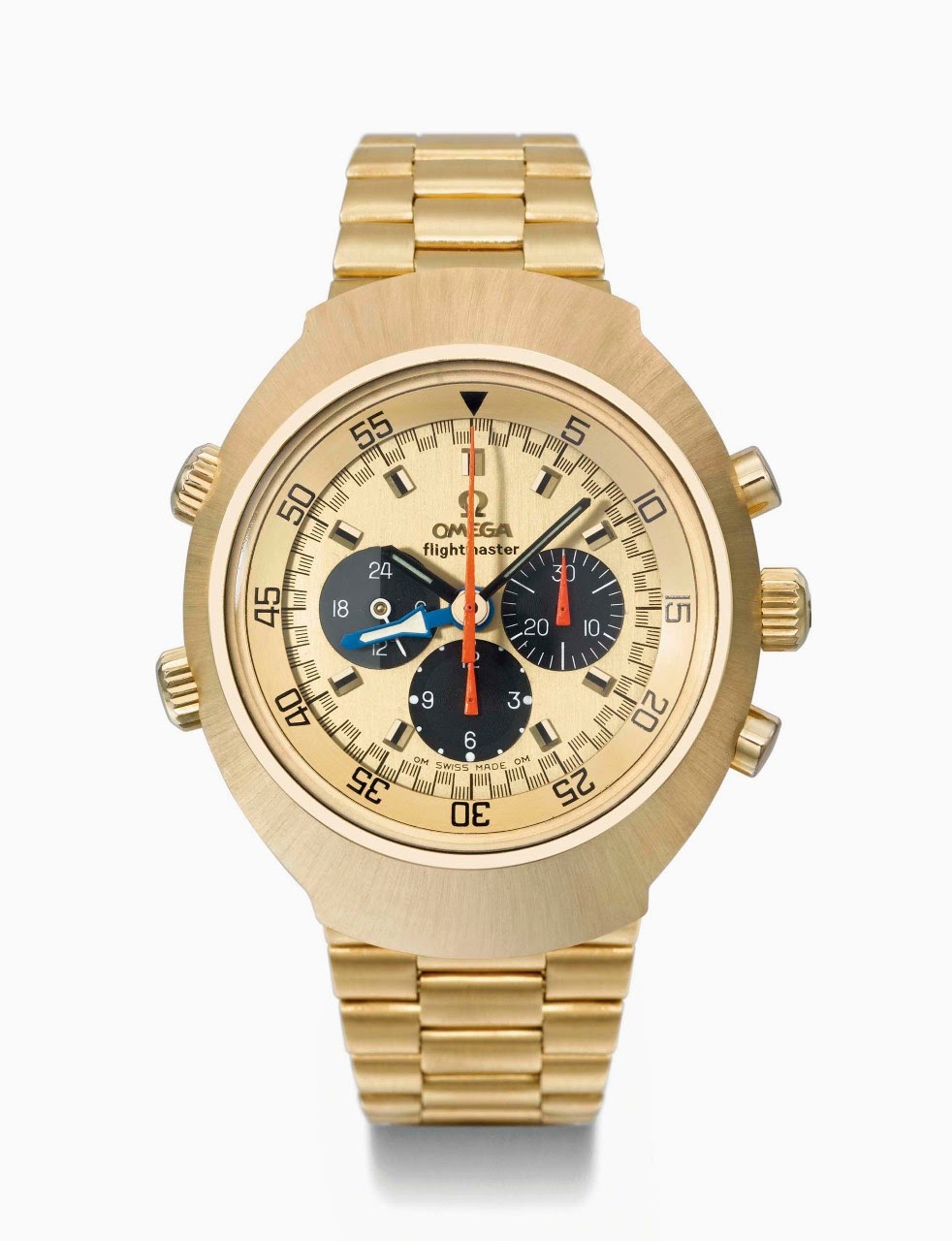 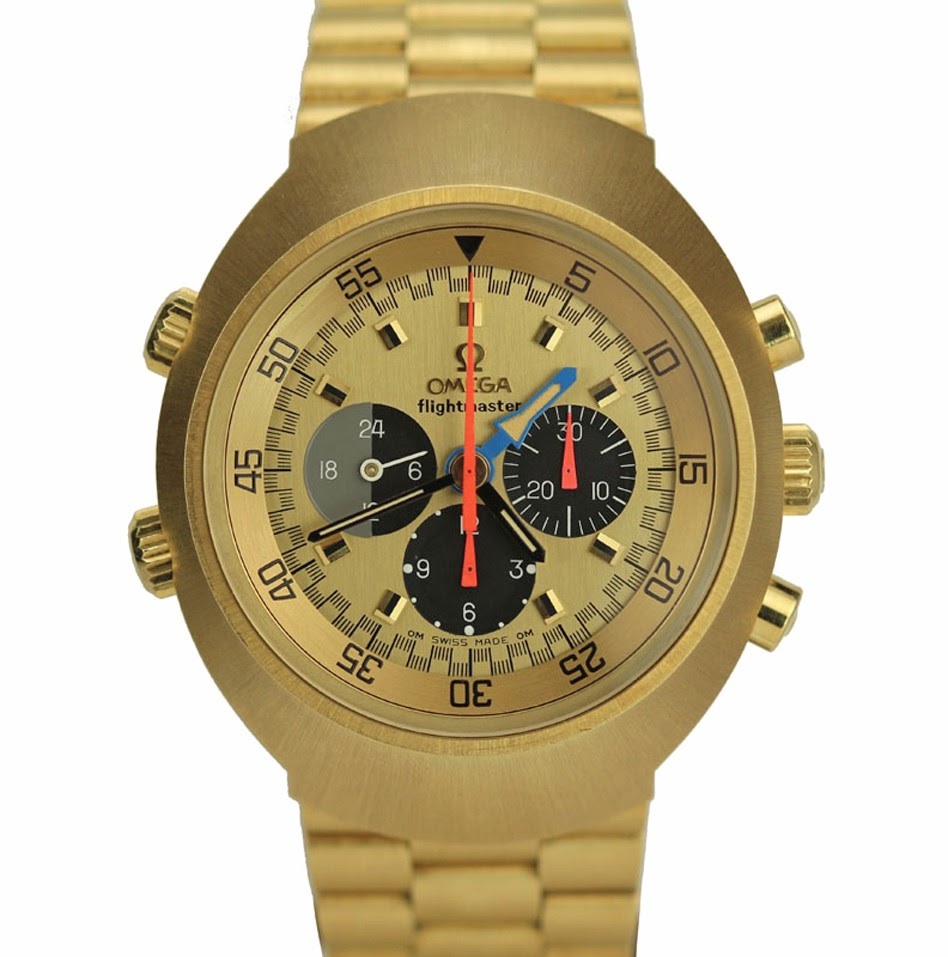 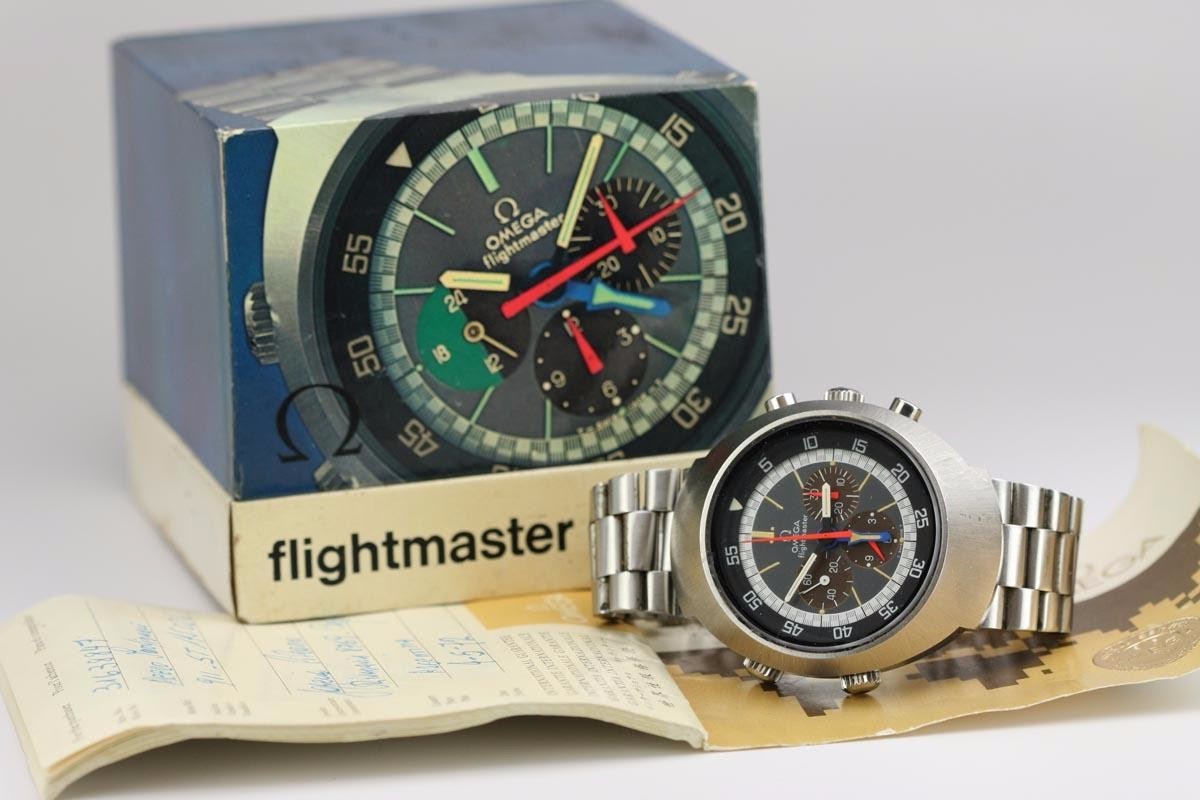 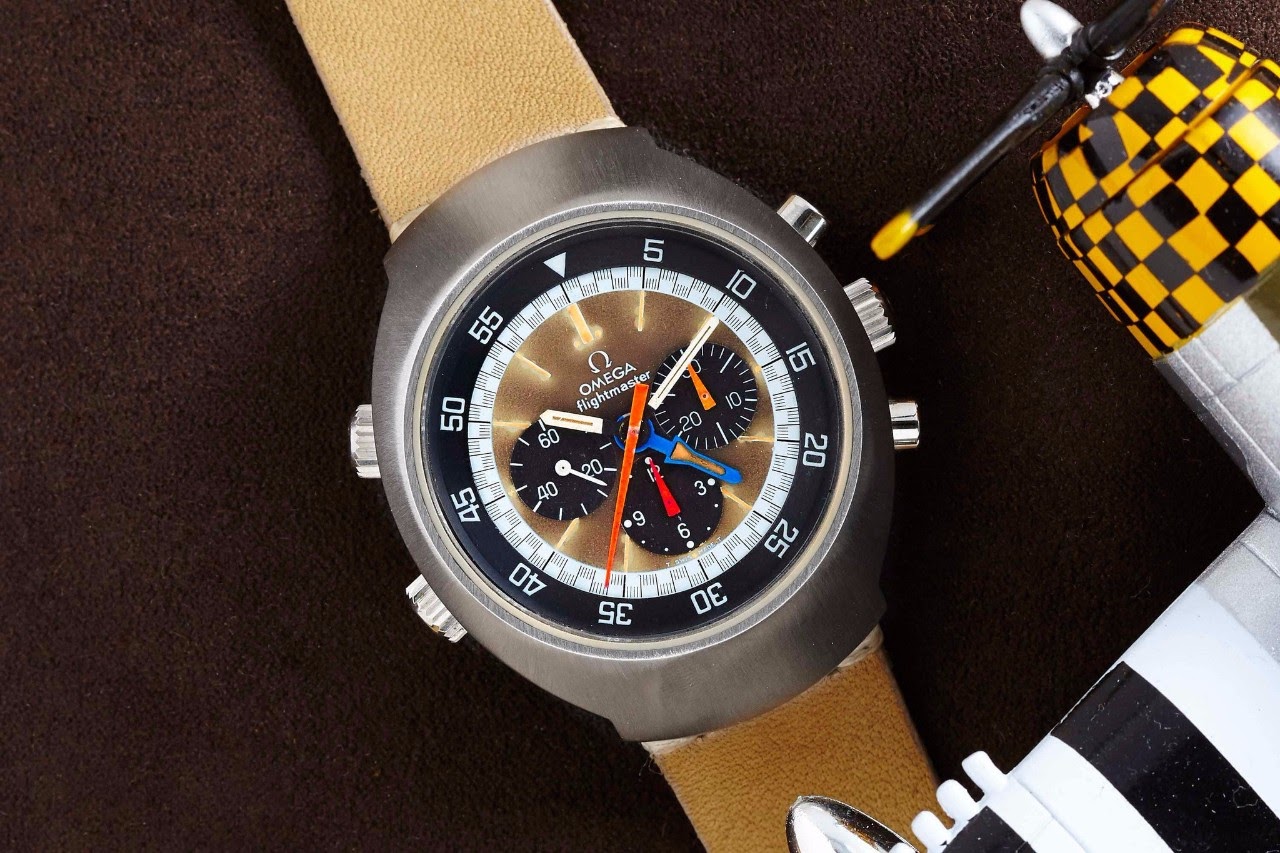 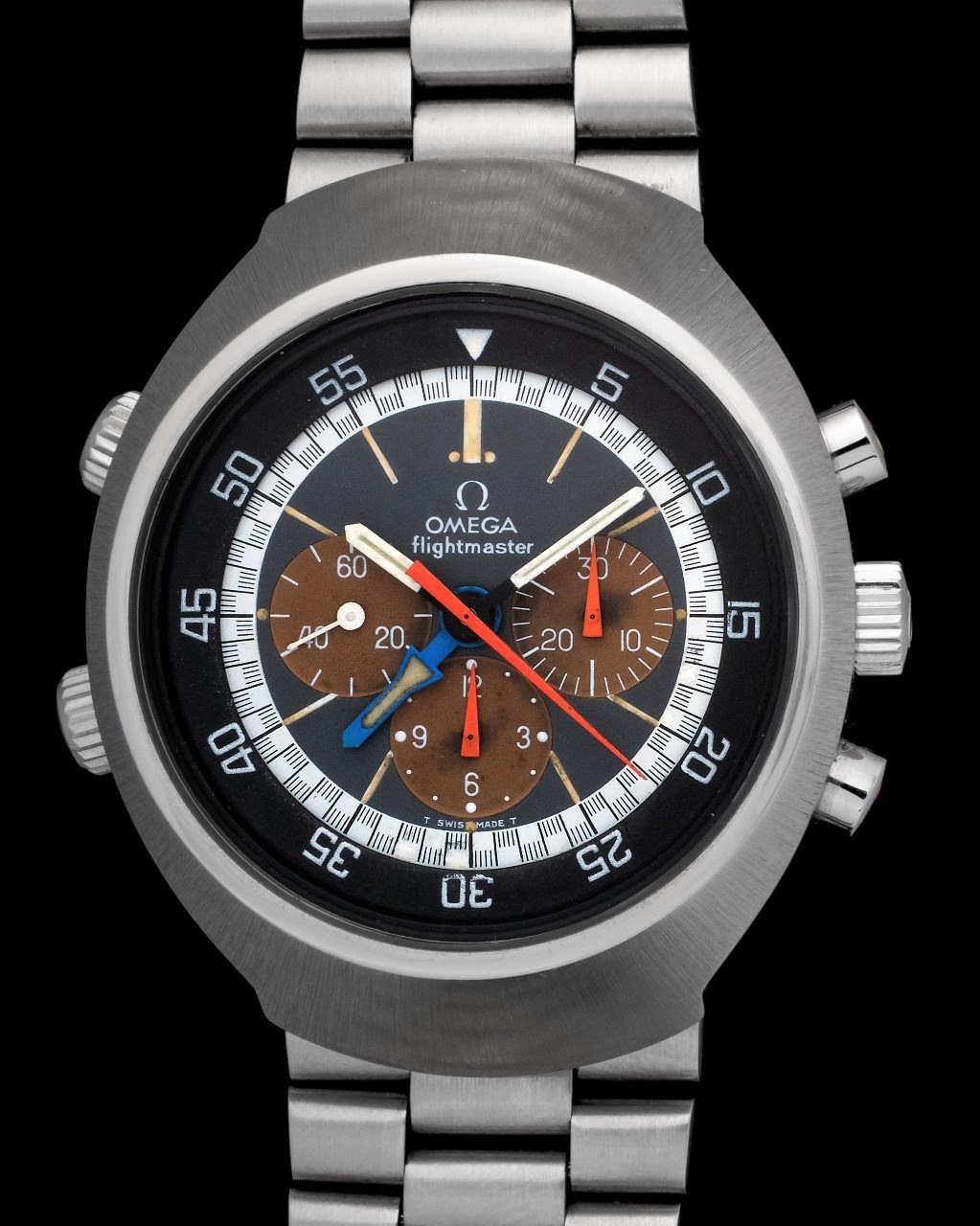 I would favor the 145 013 because of its additional complication, the GMT, but here, if I find a 145 026 / 36 with a patina such as the one from Analog and Shift, well, I may well change my mind.
The good news is that the train didn't leave the station, yet, and this is a watch with a lot of character.
Best,
Nicolas

I owned the one without the green in the early 70s...

You are so right. The Omega dials of this era are quite funky and cool

By: descartes1 : December 2nd, 2018-12:32
And, the patina they seem to develop is wonderful. Here is my Seamaster with a quite similar dial and complications. What’s more, you are right that “the train has not left the station.” ...
login to reply

Superb! Condition, patina, look. Less funky that those I posted, but how appealing! [nt]

Thanks for these explanation and informations, Art. Very useful for me. I will tell you what I find. Thank you so much, Don Turo. [nt]

Just a little late to the party to say what a great post and reply from you and Nico on the topic of Flightmasters. [nt]

I'm glad this thread was revisited because upon re-reading, I'd made an error . . .

By: Dr No : August 12th, 2019-12:05
. . . albeit an understandable one. The 145.013 Nicolas shared that should've been described as not having radial brushing was the Jacek example, and not the Jeroenvink. The error was due to not carefully following the text accompanying the photos. My bad...
login to reply

Very interesting. Thanks for the suggestion I know Anthony Marquié a bit, he's really passionate about Speedies, I didn't know he loved the Flightmaster so much. [nt]