I finally had some time to write down the story of the Flightmaster I bought from the son of the first owner two years ago.

I was lucky enough to spend two hours with him and take pictures of his photo album.
I hope you will enjoy the story.

Jean Pierron had always been fascinated by mechanics and planes. He started to fly as soon as he could, and after graduating as an engineer of the Ecole Nationale des Arts et Métiers, he got his pilot licence.

Here’s a picture of him as a Lieutenant of the French Air Force in 1939 : 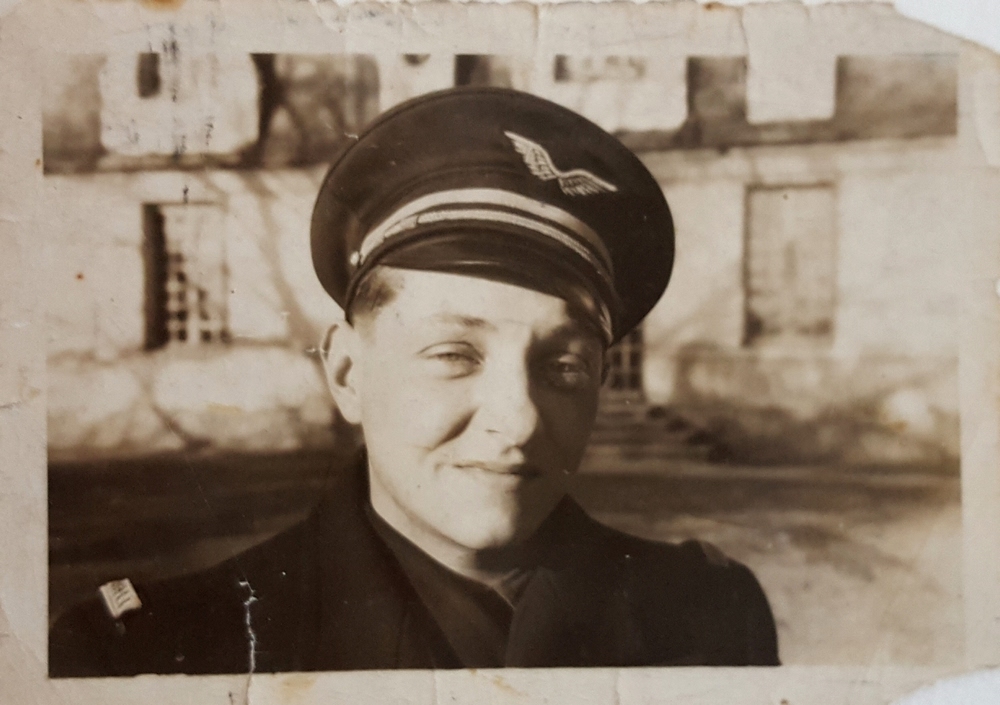 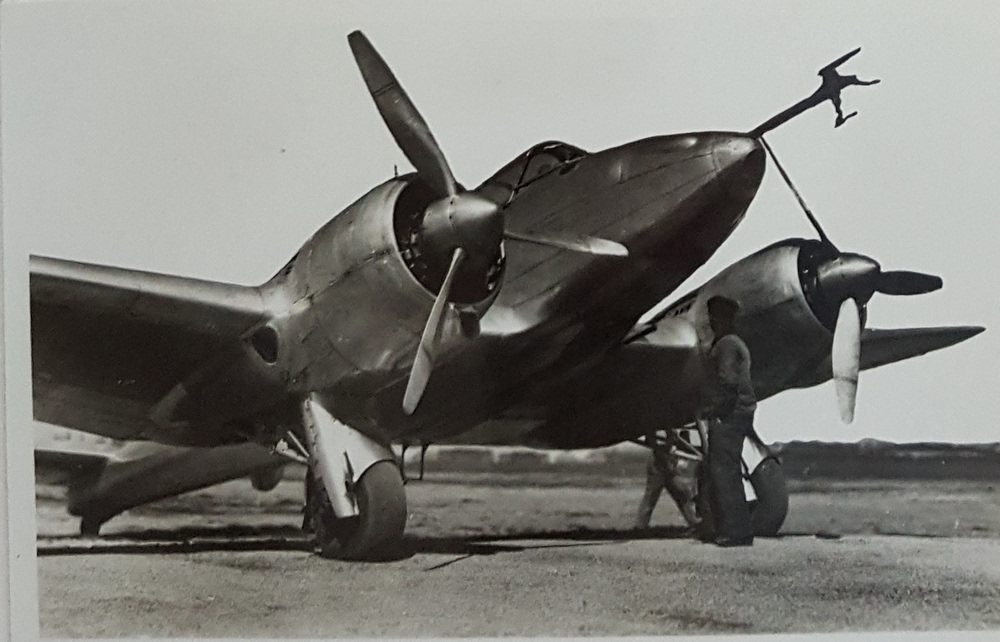 After the war, he started to fly a lot of gliders and even won the Siretta cup in 1947 : 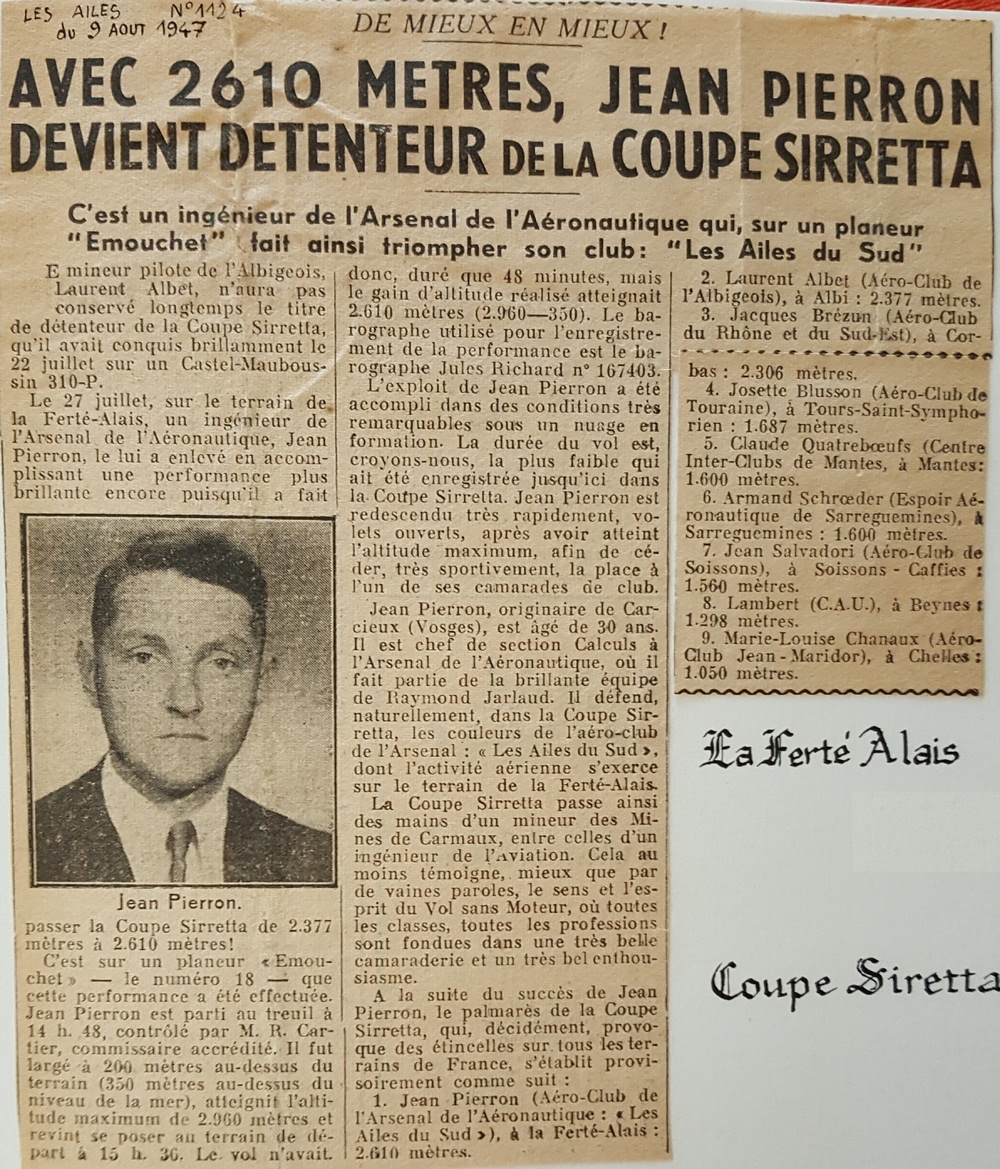 In the 1950’s, Pierron was hired by the SNECMA and worked at the Centre d’Essais en Vol of Melun-Villaroche on the Emouchet SA.104 glider, that needed to be equiped with two groups of three pulso-reactors. 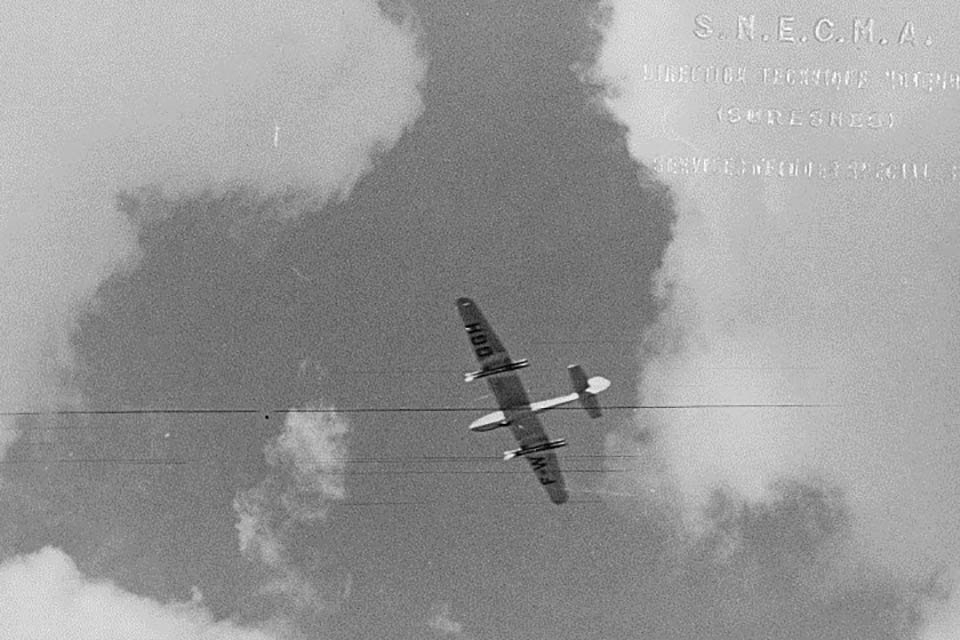 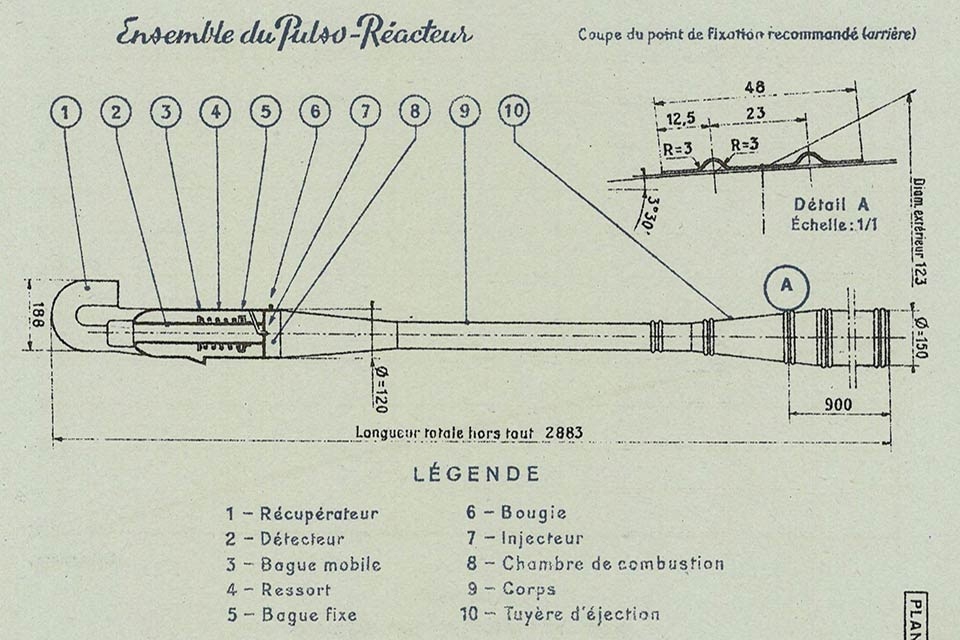 He quickly got a position as a flight test engineer at the CEV in the team of Andre Turcat, the legendary flight test pilot of the Concorde. 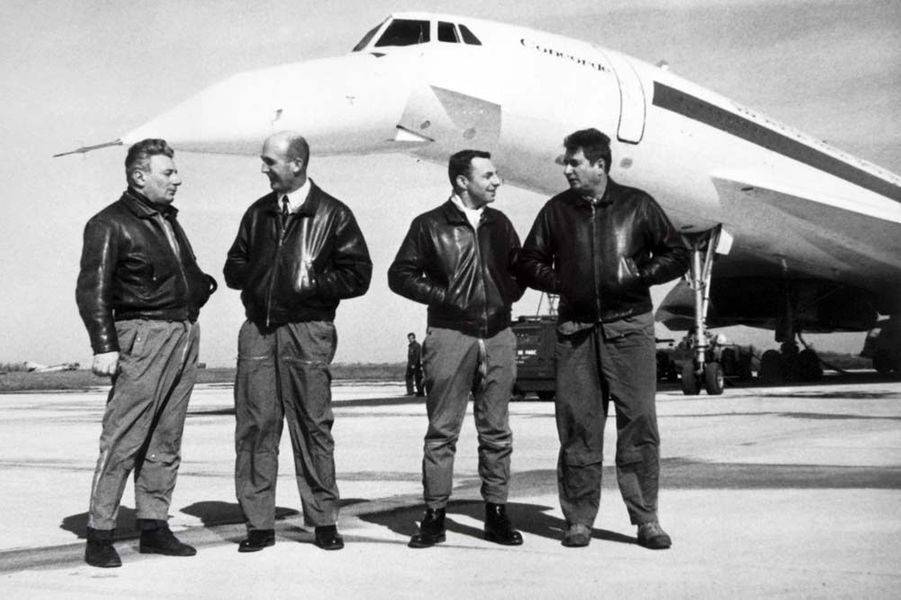 He was working for the french company Nord Aviation and participated to the developement of the Griffon II fighter jet and the N262 transport aircraft. 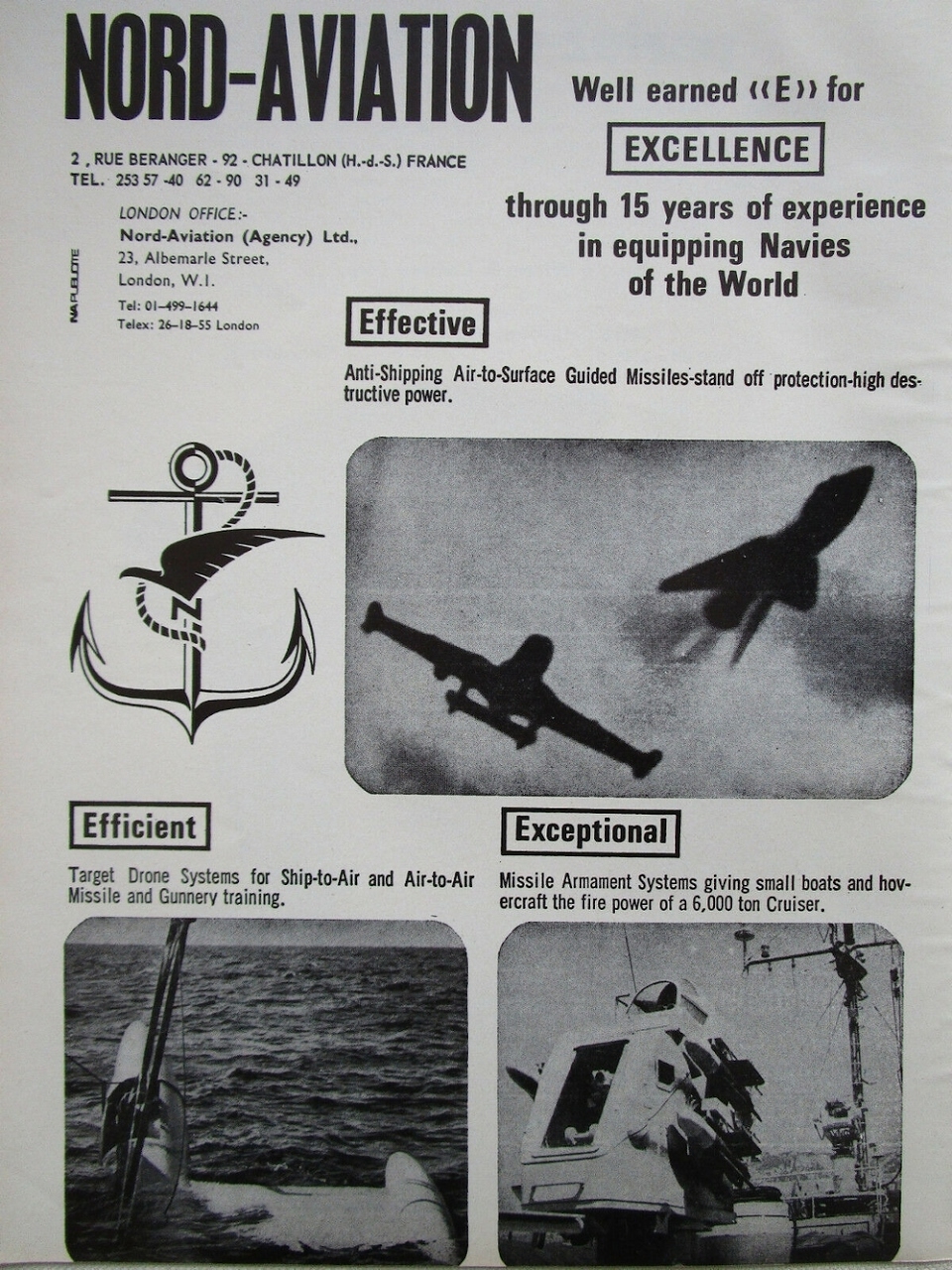 The Nord 1500 Griffon II was a supersonic fighter prototype, developed in the 1950s in order to provide to the French Air Force a fighter capable of Mach 2 by 1960. The Griffon used mixed propulsion by turbojet and statoreactor. The turbojet allowed the aircraft to take off on its own and the stator provided the necessary thrust at high speeds that would not have allowed the weakness of the French turbojets of the time. 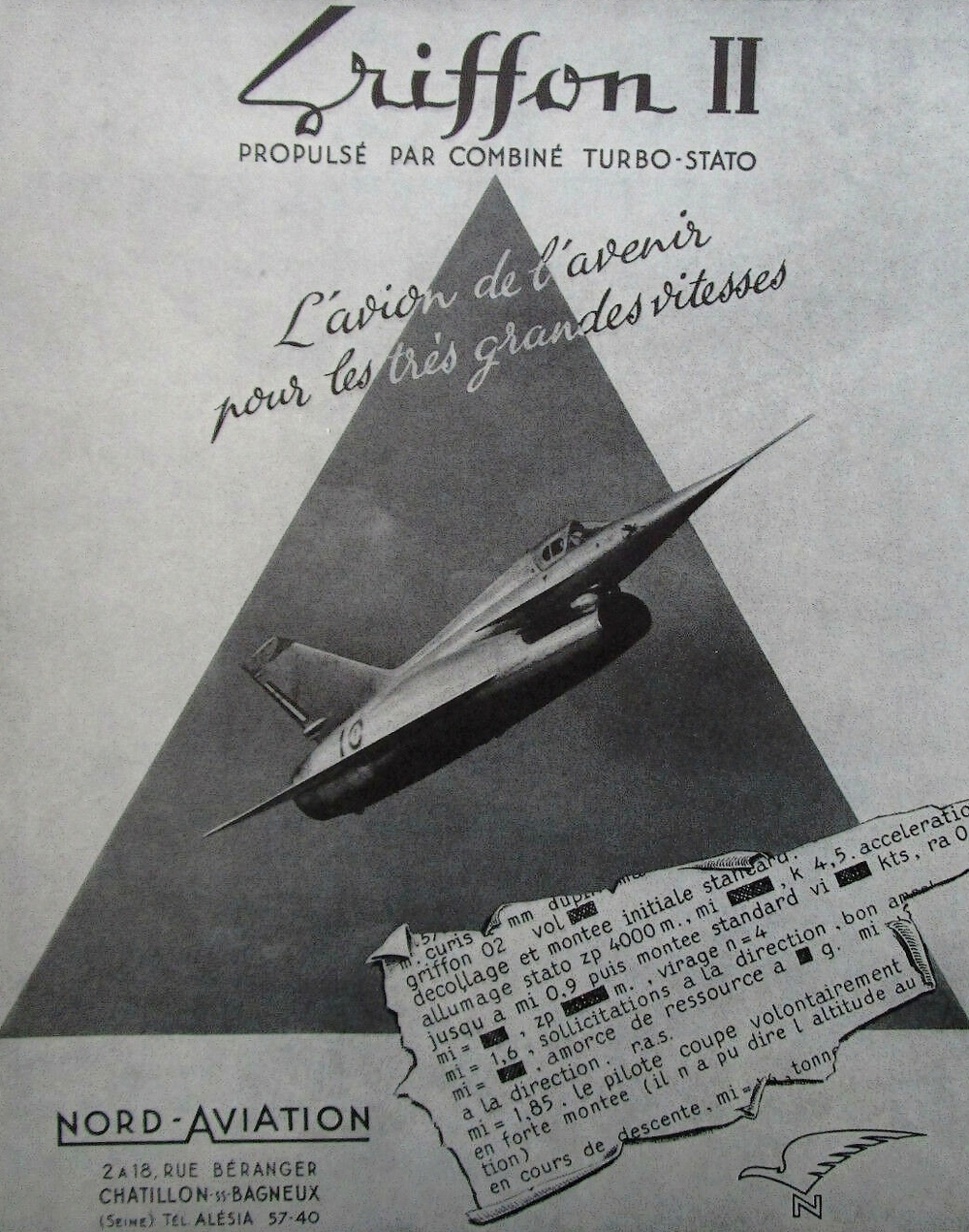 Here are pictures of Turcat test-flying the Griffon in 1952 : 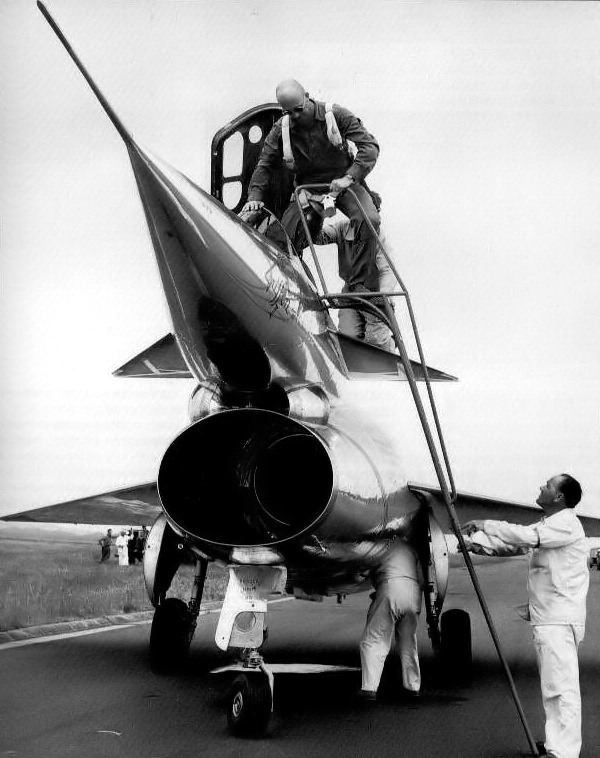 Pierron charging the roll of film on the observation plane: 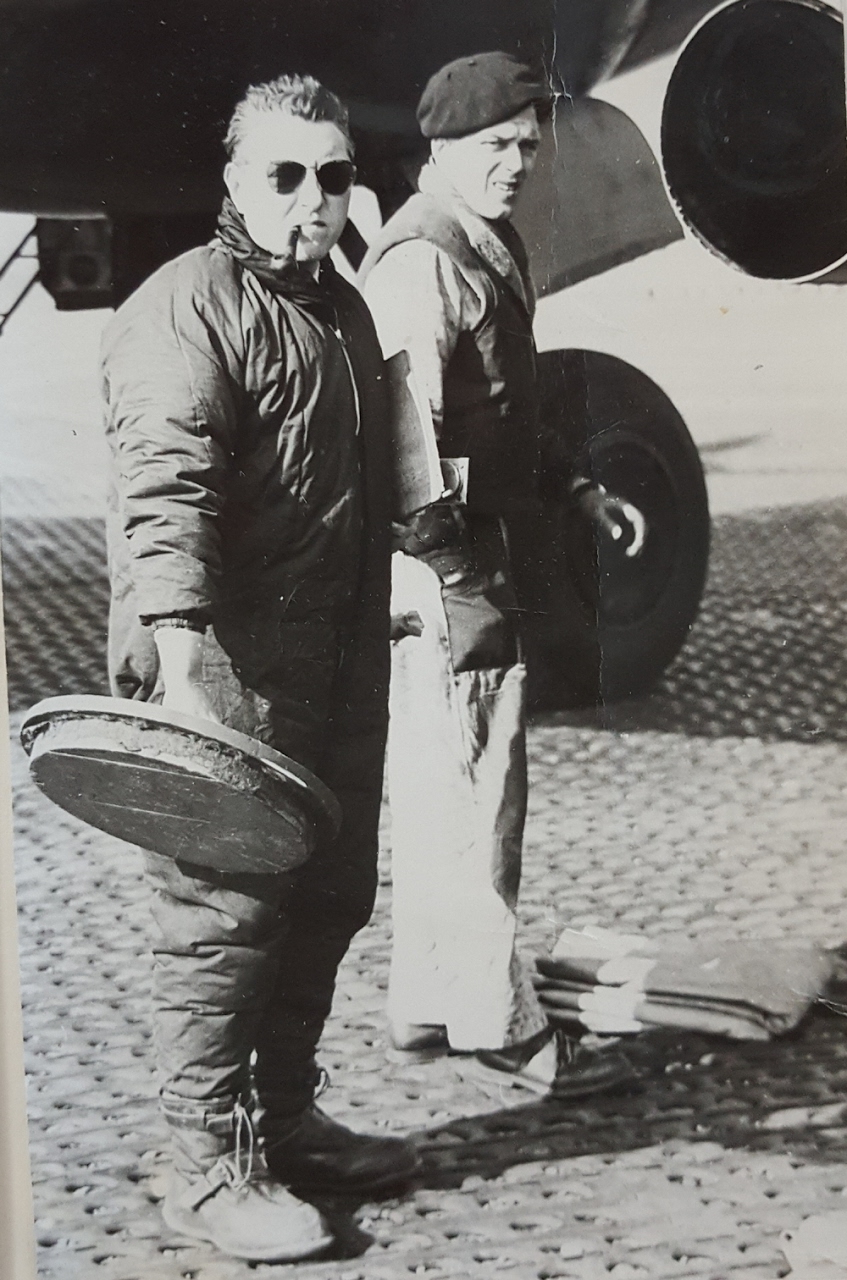 The whole test flight team of the Griffon: 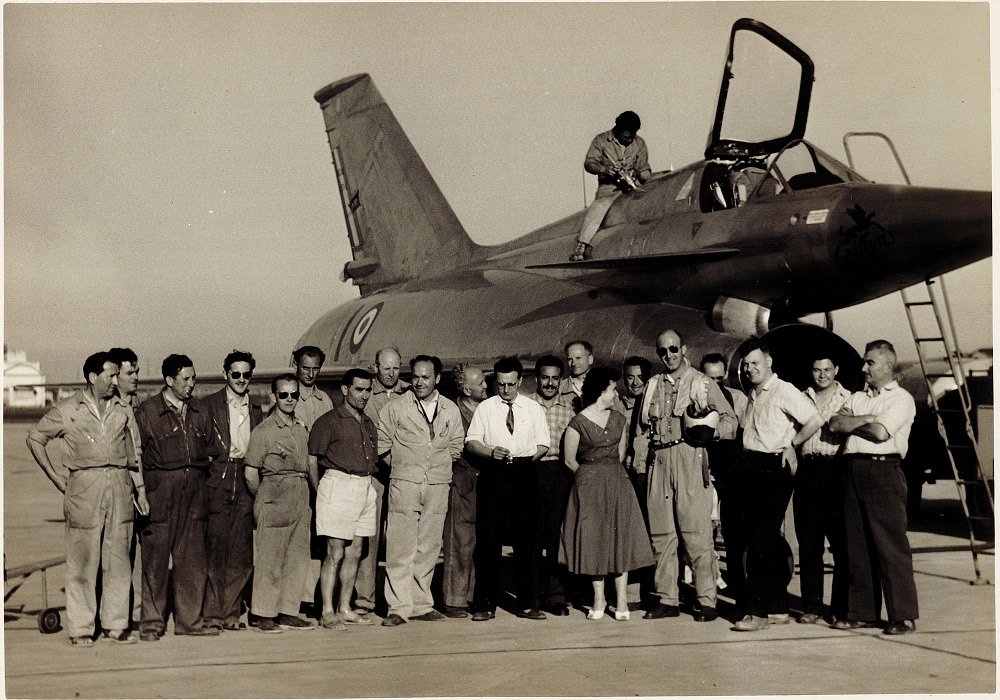 The Nord N262 was a French airliner developed in the early 1960s, which was used as a military aircraft (transport, crew training, maritime surveillance), particularly in the French National Navy.

Pierron was the most recognized expert in the N262 engine. 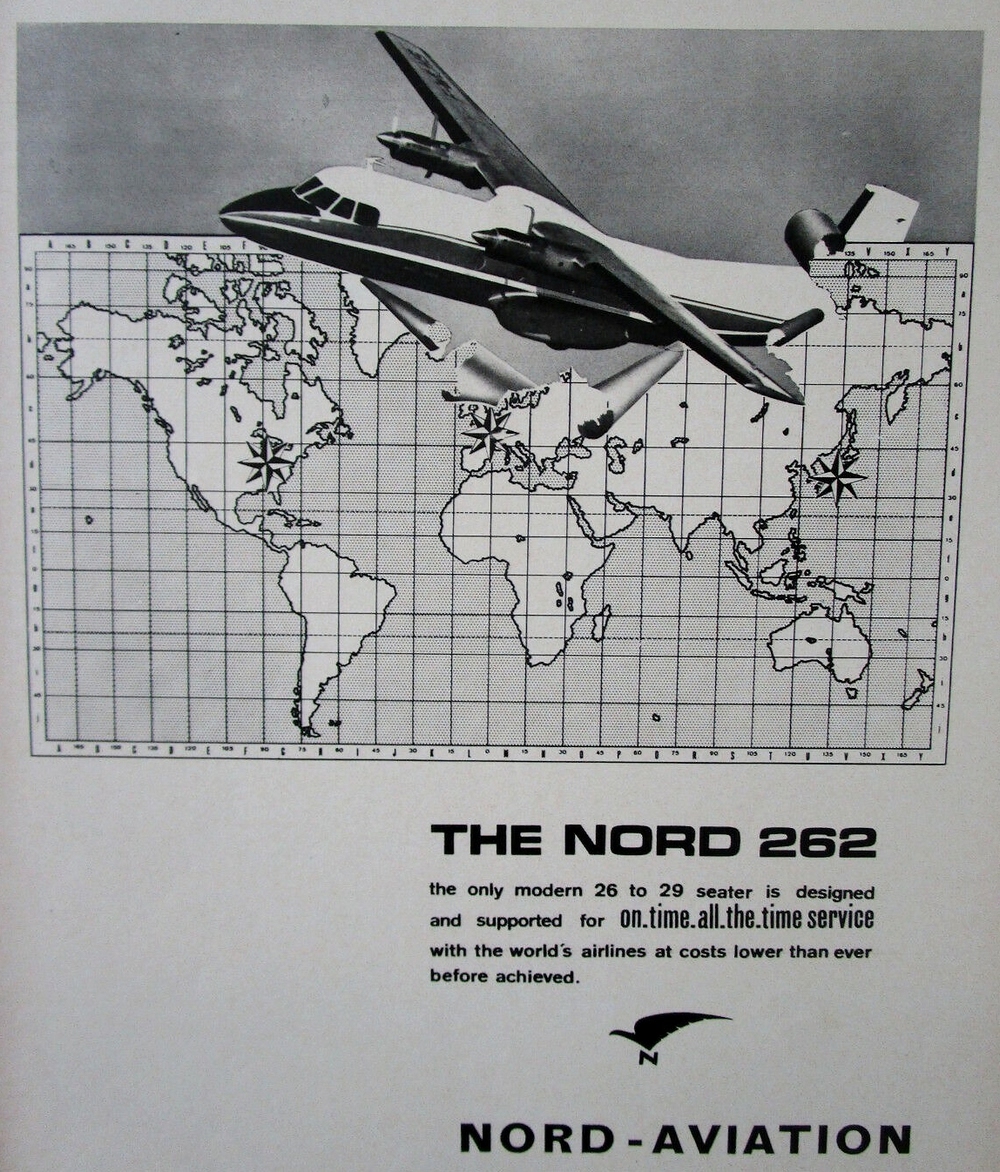 Here’s a picture of the inaugural flight of the N262, Pierron is on the top right wearing a flight jacket : 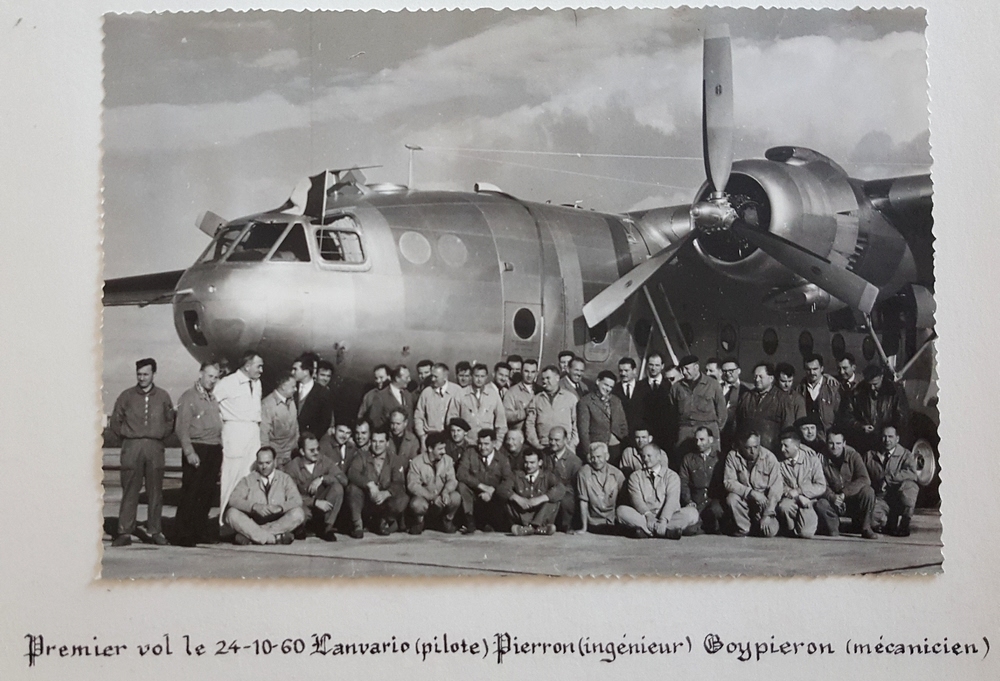 Here’s another picture taken at the Centre d’Essai en Vol in Istres in 1957 in front of the Fuga Makalu (Pierron is the fourth man starting from the left, wearing his flight jacket again) : 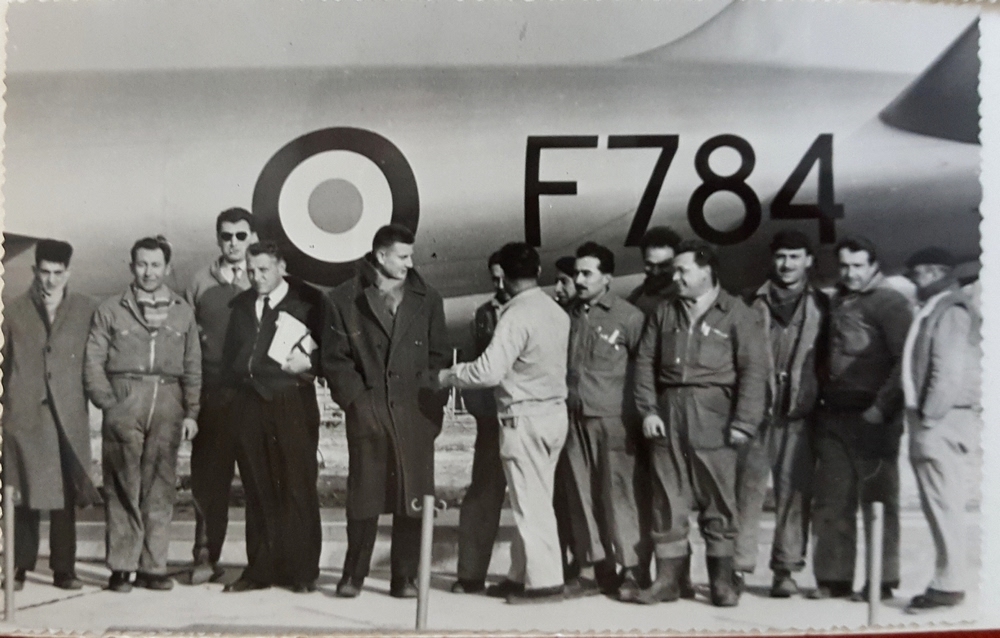 During this period, Pierron travelled to Japan, the USA, Canada, Madagascar,…

In 1969, he was appointed Chevalier de l’Ordre National du Mérite for serving his country: 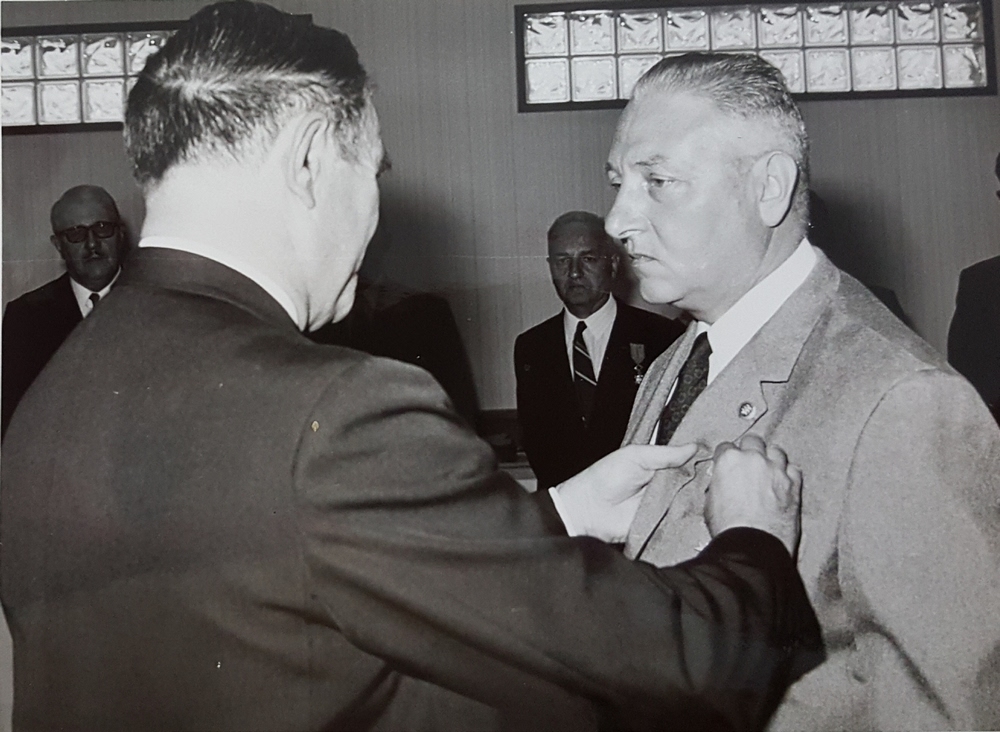 In 1972, the Air Crew Association of the C.E.V offered him an Omega Flightmaster and had the caseback engraved on this occasion : 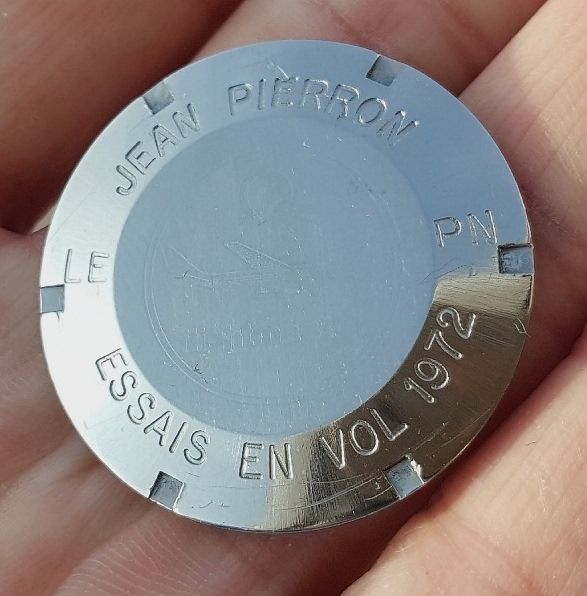 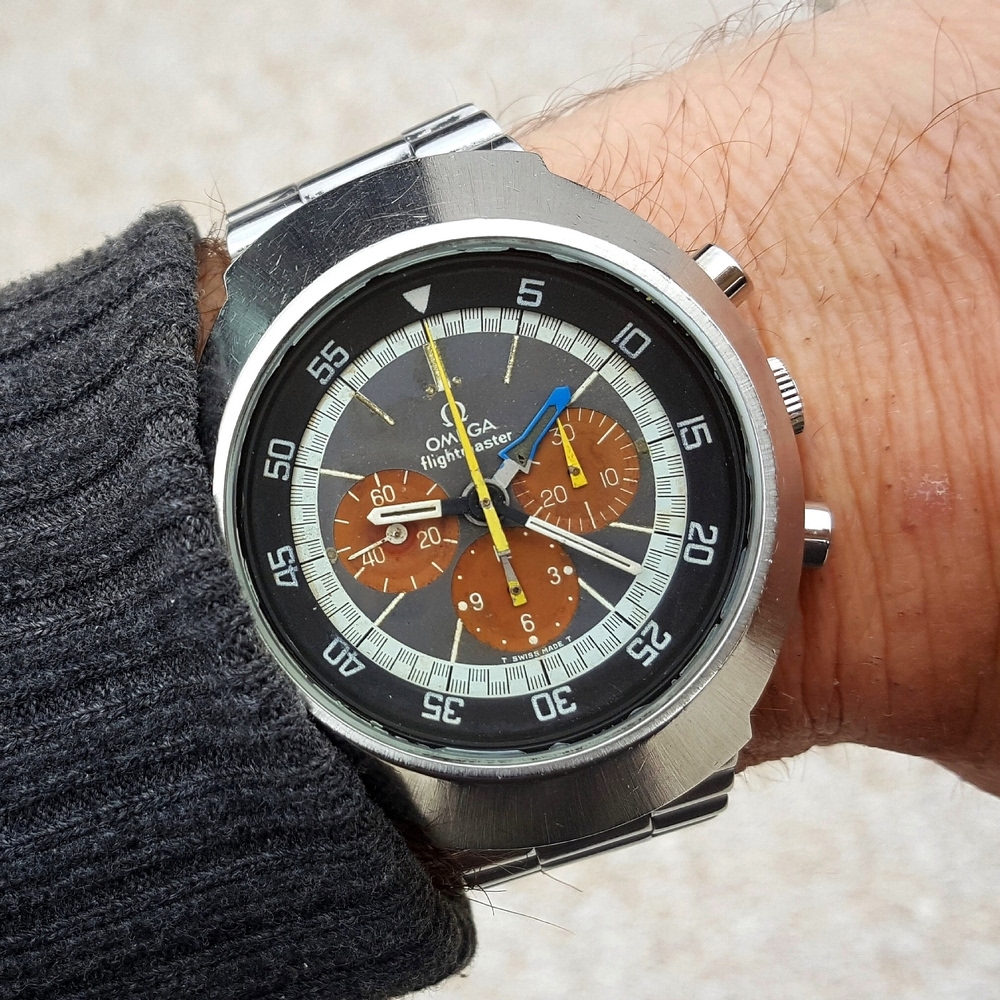 Later during the 1970’s, Pierron became an engineering consultant for the french firm Aérospatiale, in order to work on rotary valve engines. At the time, the Aerospatiale was developping the Concorde and Pierron participated to a test flight of the legendary Concorde n°1 in september 1977 : 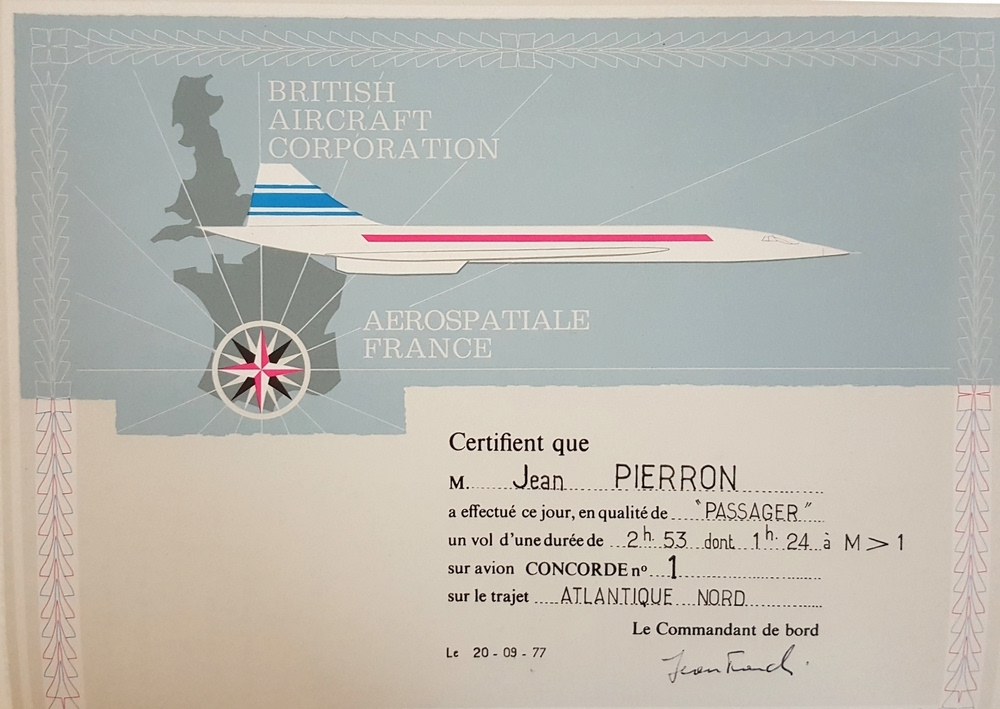 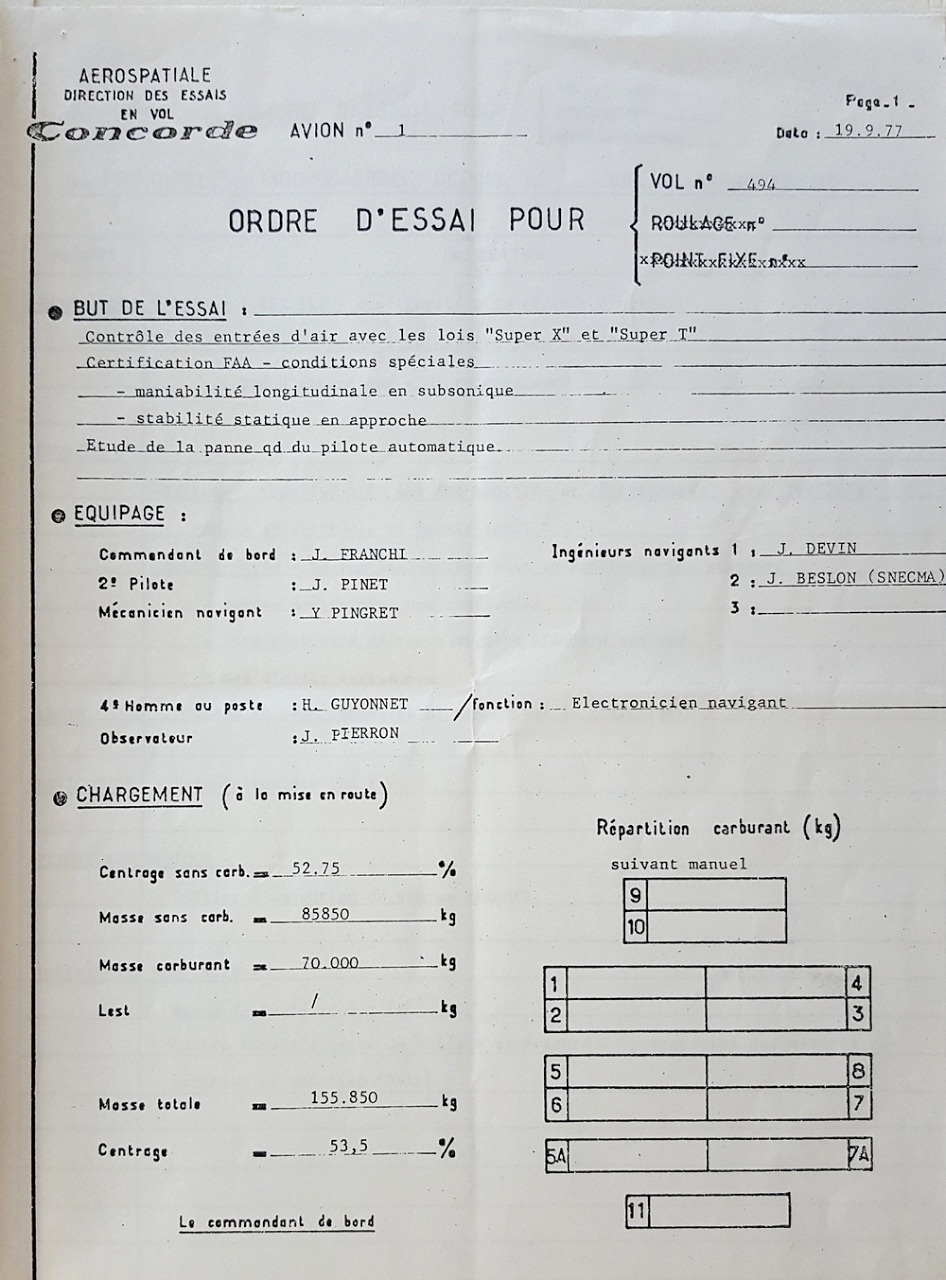 After a lifetime of hard work and more than 5250 hours spent in aircrafts of all sorts, Pierron retired together with his Flightmaster, as shown on this picture taken in Tahiti in the late 1970’s : 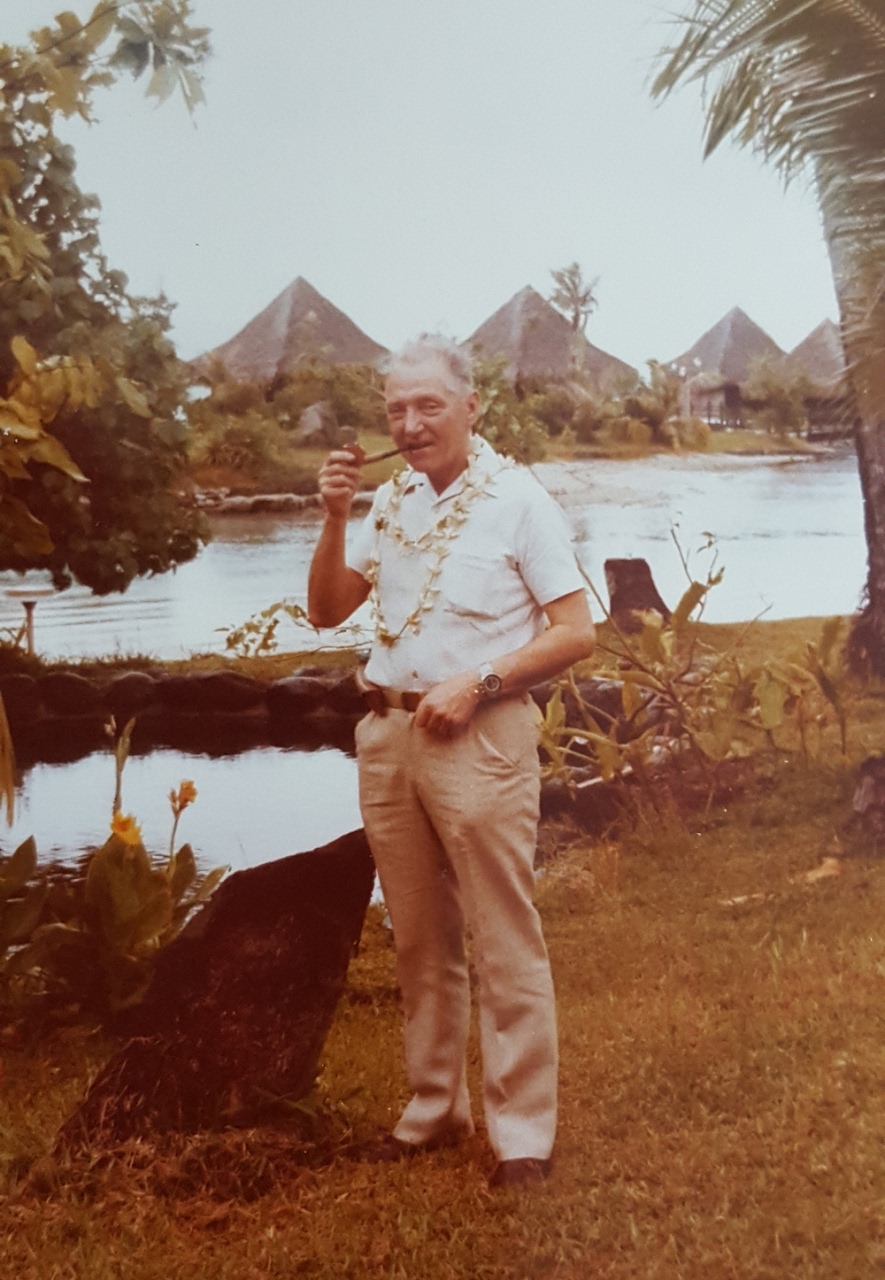 And the watch is still ticking in the south of France, on the wrist of a very proud collector ;-) 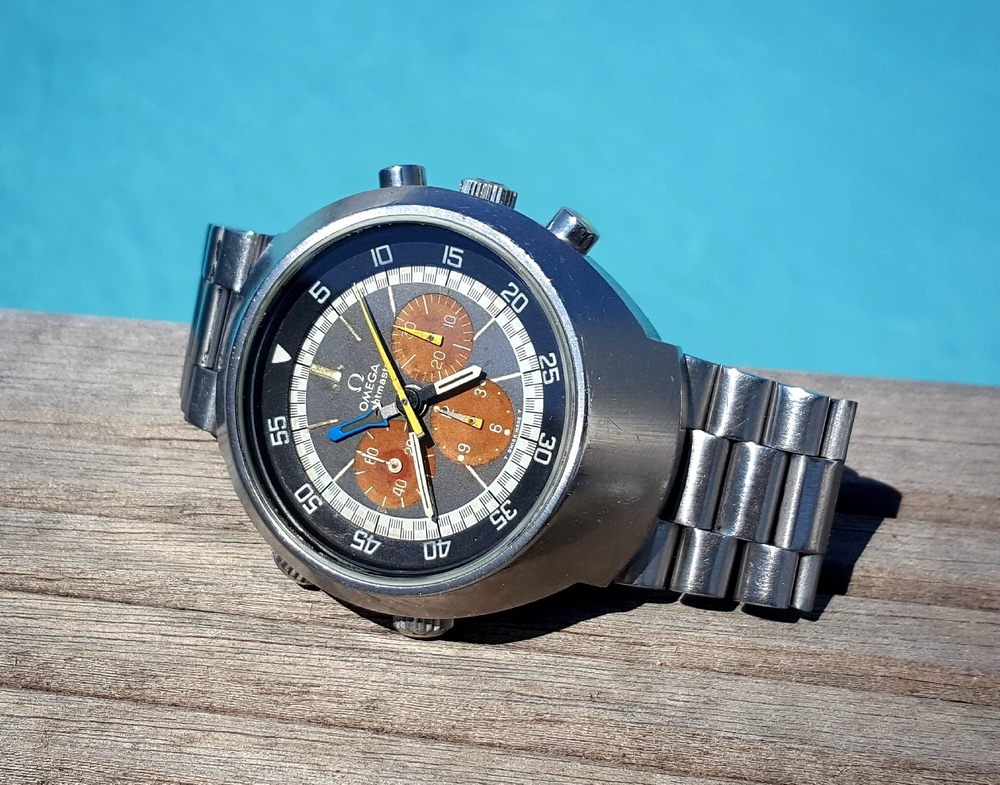 By: DrStrong : November 19th, 2020-06:48
I finally had some time to write down the story of the Flightmaster I bought from the son of the first owner two years ago. I was lucky enough to spend two hours with him and take pictures of his photo album. I hope you will enjoy the story. Jean Pierron ...
login to reply

What a great story

A what a story

By: Jurry : November 19th, 2020-07:18
As a former Air Force F16 pilot with over 7,000 hrs in the cockpit, I can only salute in great respect to the man that was a great aviator. I’ve read your post 3 times over and will probably read it anther 10 times this evening. Thanks for sharing Ps: whe...
login to reply

Thanks for the compliment !

By: only5402 : November 19th, 2020-07:18
... offside the mainstream storys - so much passion - what a story! for me as a vintage watch fan absolutly fascinatying - this watch with this engraving and story behind is a true burner! many years before i did some research about the centre d'essaie en...
login to reply

According to his son, he had no other watch

By: DrStrong : November 19th, 2020-08:29
probably the CEV delivered these watches to Airforce pilots only ?
login to reply

definatly not only, because we know for example, that ...

By: only5402 : November 19th, 2020-08:52
... Loius Bonte, the CEV director had a Breguet that was registered as number 1 😉 (but the number has nothing to do with the issue-sequence). of course it make sence, that they had been given to aircraft pilots, but perhabs there also had beenn given to p...
login to reply

What a fantastic story!

Superb story and History, Jeff. Thanks for sharing this. And enjoy an exceptional watch, my friend.

By: lm6 : November 19th, 2020-11:52
Whith a provenance like that, the value (at least the emotional value) of the watch goes through the roof. Thank you for charing this amazing story! ☺️
login to reply

One of my favorite watches in my collection indeed

Incredible slices of history told thru photos. Outstanding! The photo of him in Tahiti shows pure joy of life. Thank you.

Hello Jeff, long time without reading from you!

By: renerod : November 19th, 2020-15:03
Thanks for the interesting piece of history. Congratulations for such a grail. Best regards. René
login to reply

What an amazing story. That watch has seen things some of us have only dreamed about. Bravo for owning such a gem and sharing it's history with us 👏🙏👍

It was a pleasure to share it with you