With a Luminor 1950 case and the classic Panerai bracelet in ceramics, Tuttonero is made entirely of matt black ceramic: a watch with extraordinary aesthetic impact, which is faithful to the Panerai identity and constructed using the most advanced technologies in the field of materials. 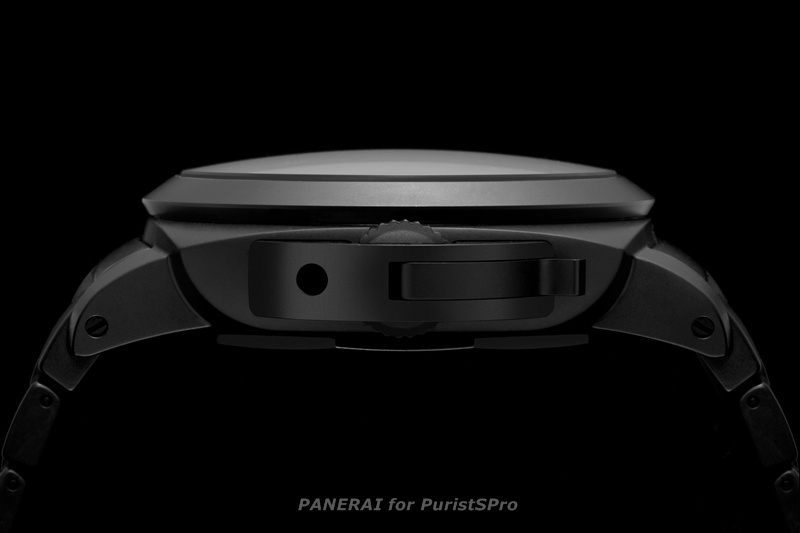 Matt black is evident in every detail of the Tuttonero: the Luminor 1950 case with a diameter of 44mm, the lever device protecting the winding crown which makes every Luminor unmistakable and the dial which is of sandwich construction. Like the numerals and hour markers, the hands (hour, minute, small seconds and second time zone) are covered with ecru Super-LumiNova®  thus ensuring excellent visibility and legibility even in the dark. 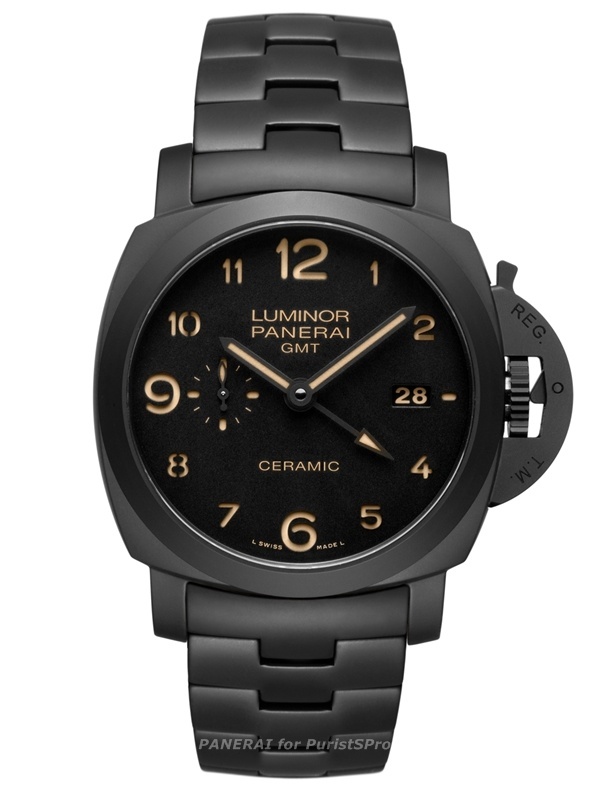 The bracelet too is made entirely of matt black ceramic, the links being formed and finished by the same processes as the case and then attached to a PVD-coated brushed steel buckle. The design of the bracelet is the result of lengthy research aimed at achieving perfect integration with the ceramic case. Each individual link is asymmetrical and has curved surfaces which enhance the soft feel and effective performance of the bracelet. 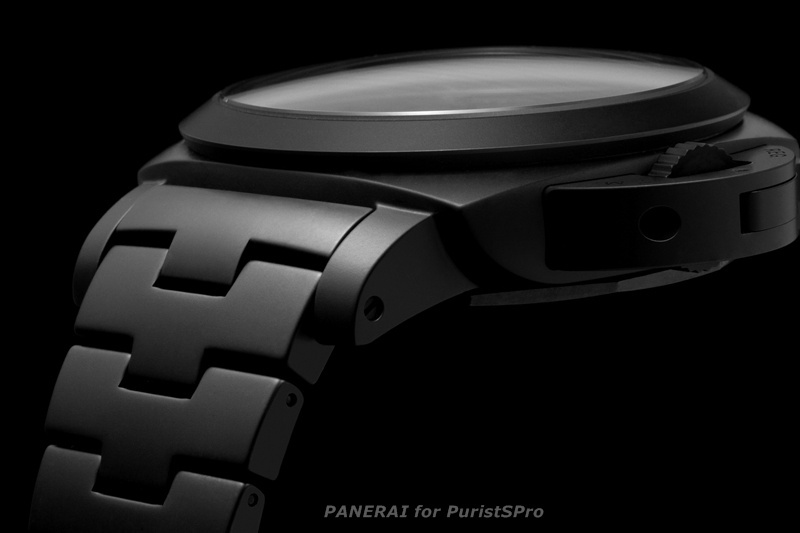 The ceramic used by Officine Panerai is a synthetic material based on zirconium oxide powder.  By means of a complex series of working and finishing processes this acquires a particularly uniform and even appearance combined with a high degree of hardness (up to five times greater than that of stainless steel), as well as being resistant to scratches, corrosive agents and high temperatures. These characteristics have made ceramic one of the materials of choice in the world of haute horlogerie. 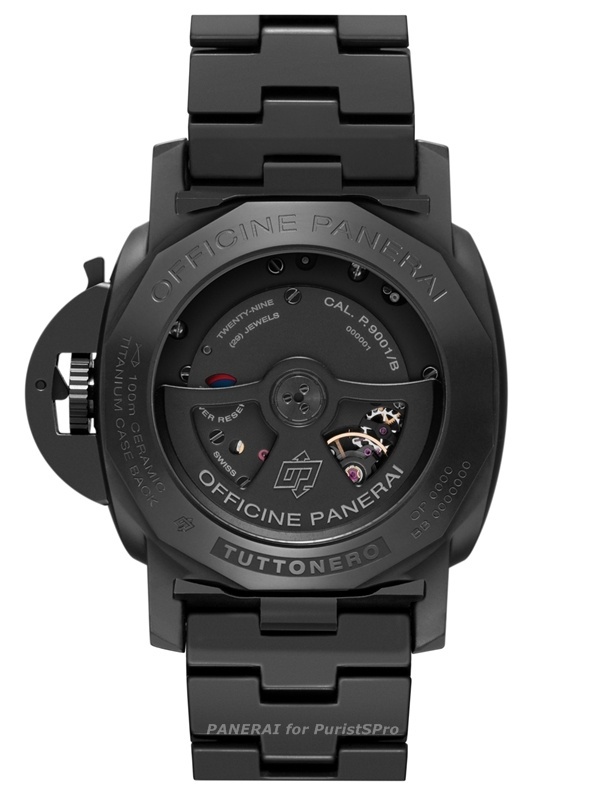 The movement of the Tuttonero is the P.9001/B calibre, completely developed and made in the Officine Panerai manufacture. It is an automatic mechanical movement with a power reserve of three days, date, second time zone, zero reset seconds hand and power reserve indication on the movement, visible through the sapphire crystal on the back. The movement has undergone a blackening process to give the watch a completely black appearance, as indicated by the engraved inscription “TUTTONERO” on the back.

The Tuttonero – Luminor 1950 3 Days GMT Automatic Ceramica (PAM00438) is water resistant to 100 metres and is part of the Contemporary Collection. 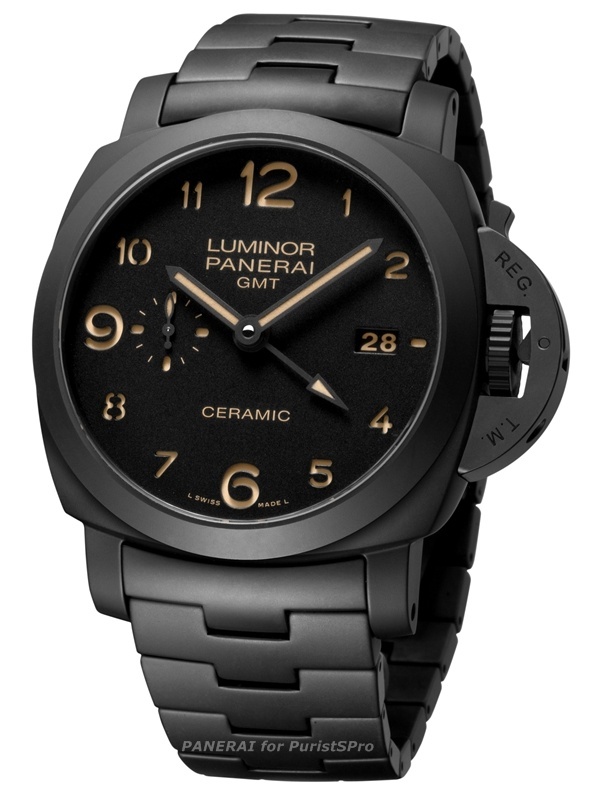 Device protecting the crown: (protected as a trademark) Black ceramic.