The Luminor Marina 1950 3 Days and the Luminor 1950 3 Days Power Reserve express the excellent combination of vintage design and technology which makes Panerai watches unique. The special design of the Luminor 1950 case used by the two models is inspired by a rare, historic watch which is notable for the pronounced rounding of the cusps of the caseband. This detail recalls a stage of transformation, which took place in the 1940s, from the classic Radiomir cushion case to that of the Luminor. 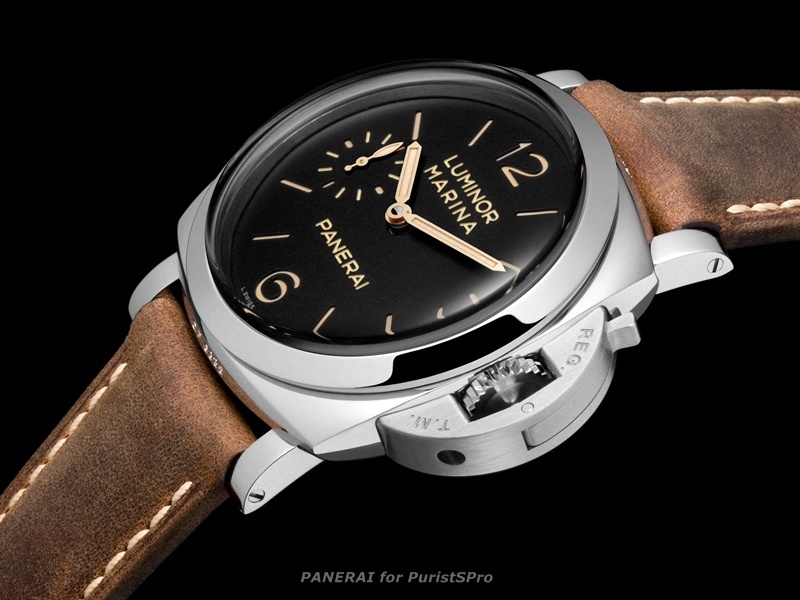 In both models, the case 47 mm in diameter is made of polished AISI 316L stainless steel while the lever device protecting the winding crown is of brushed steel. The black dial, protected by a cambered sapphire crystal, is in the typical Panerai style, with the small seconds dial at 9 o’clock and the alternation of large figures and bar hour markers. The dial is of sandwich construction with a layer of ecru Super-LumiNova® contained between two plates, the luminosity emerging through apertures corresponding to the hour markers and figures, thus ensuring the maximum legibility and intensity of the dial. Completing the design of the dial are the engravings of the logo, executed in period lettering, while the case number and the reference are engraved on the case. 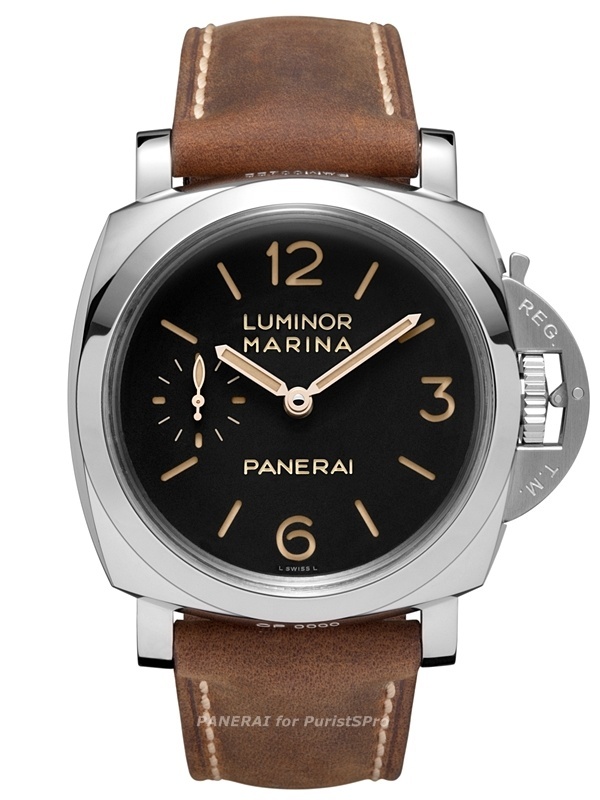 The Luminor Marina 1950 3 Days and the Luminor 1950 3 Days Power Reserve are both fitted with the new P.3001 and P.3002 manufacture calibres, which are distinguished from each other by the different ways in which the power reserves is indicated. In the P.3001 the power reserve indication is located on the bridge of the movement, and is therefore visible through the crystal on the back, while in the P.3002 the indicator appears on the dial. With a diameter of 16½ lignes, the two calibres have in common the typical structure of large bridges, two spring barrels giving a power reserve of three days and a balance wheel 13.2 mm in diameter with variable inertia, enabling the rate of the watch to be adjusted through external screws on the rim. Both also have the seconds zero reset device and a mechanism for the rapid adjustment of the hour, enabling the hour hand to jump one hour at a time, without interfering with the movement of the minute hand or the running of the watch. 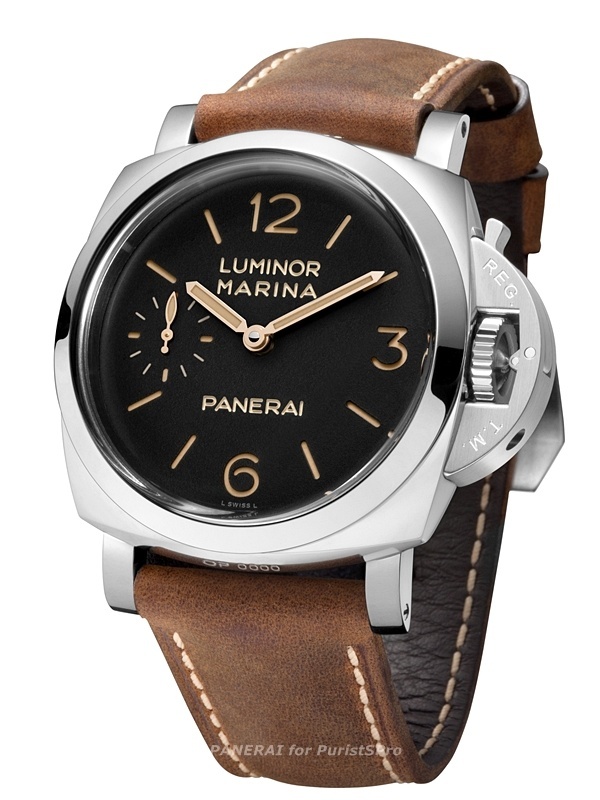 The Luminor Marina 1950 3 Days (PAM00422) and the Luminor 1950 3 Days Power Reserve (PAM00423) are part of the Historic Collection. Both are supplied with a strap of natural, untreated leather, fastened by a brushed steel buckle inspired by period models. 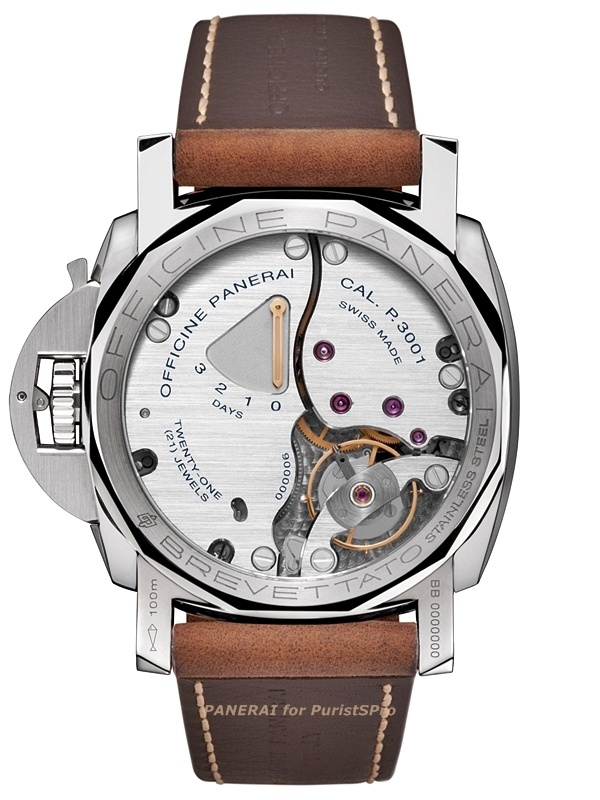 Device protecting the crown: (protected as a trademark) Brushed steel.