A new chapter in the history of the most famous watch designed for underwater military operations lives again in the new Radiomir 1940, two new Special Edition watches which are presented for the first time in a special Panerai case of vintage inspiration. 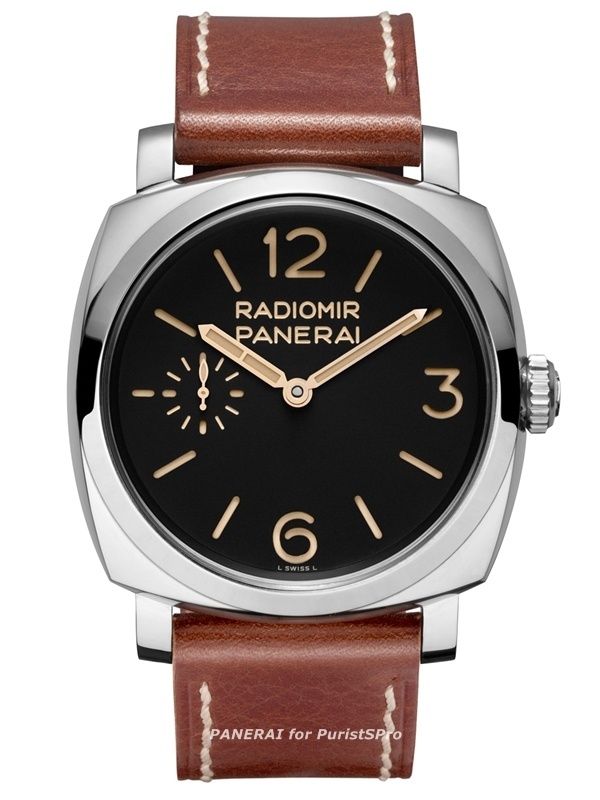 Unlike the prototype and the examples which went into production at the end of the 1930s, some historic Radiomirs made in the 1940s had a distinctive case in which the strap attachments were not made of steel wires welded to the case but were formed out of the same block of steel as the case itself, thus resulting in stronger, more solid lugs. The new Radiomir 1940 watches are offered in this special case in the classic size of 47mm in diameter, and they incorporate other elements inspired by the historic examples: the Plexiglas®  crystal protecting the dial, the round, cambered bezel, the cylindrical crown and the screw back.

The two versions are distinguished by the different materials of the case, each combined with a different dial colour: the Radiomir 1940 (PAM00399) is made of stainless steel (AISI316L) with a polished finish and has a black dial, while the Radiomir 1940 Oro Rosso (PAM00398) with the brown dial is in red gold. The red gold used by Officine Panerai is 5NPt, a special alloy with an unusually high percentage of copper (24.1%), which gives great depth to the colour, together with a quantity of platinum of 0.4%, which helps to prevent any oxidation of the metal.

The simple dial reduced to essentials is of sandwich construction, formed of two thin metal plates between which there is a layer of Super-LumiNova®. The upper plate is perforated with apertures corresponding to the numbers and the markers, give the dial great legibility and intensity. The same luminous material is also used on the hour and minute hands and the small seconds hand, positioned in a small dial at 9 o’clock as in the first examples. Completing the design of the dial are the engraving of the logo, executed in period lettering, while the case number and the reference are engraved between the strap attachments. 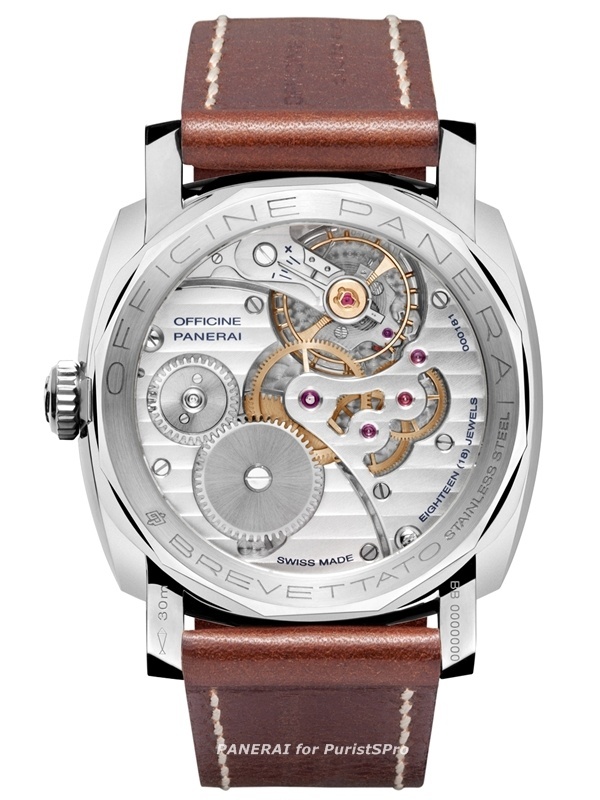 Both the Radiomir 1940 models are produced in limited editions of 100 units each. Officine Panerai has created 50 sets which consist of the two watches in an exclusive box containing the two models with the same millesime numbering (from 1 to 50). 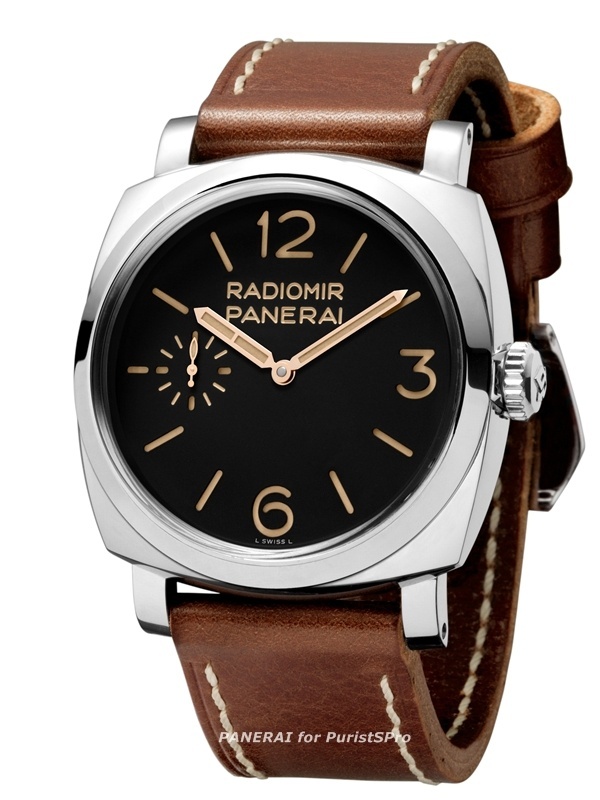 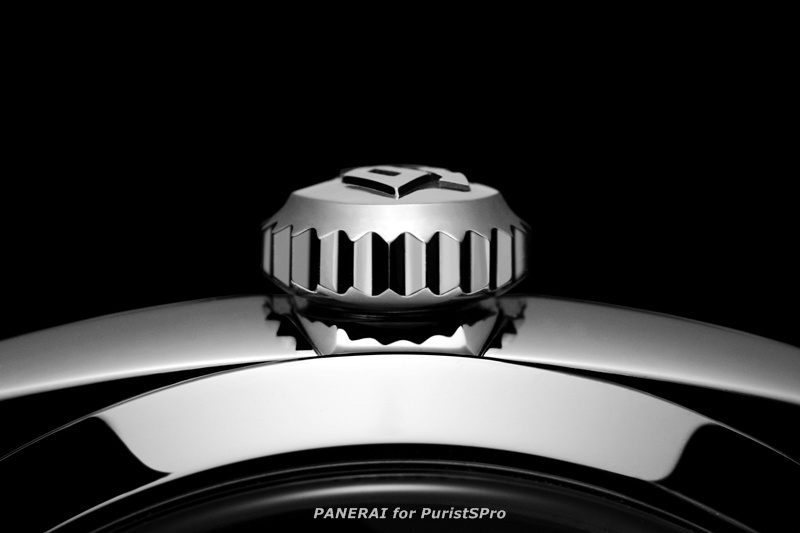