Jan 16, 2012,04:25 AM
A great speciality of haute horlogerie, the tourbillon regulator has been reinterpreted in a sophisticated and innovative manner in the new Luminor 1950 Tourbillon GMT Ceramica. The Luminor 1950 Tourbillon GMT Ceramica is a watch of great character, offering not only the complex, sophisticated tourbillon regulator mechanism patented by Officine Panerai – with a balance which rotates on its own axis in a period of 30 seconds, thus correcting any possible errors due to the force of gravity – but also the indication of a second time zone and the visual display of the power reserve of six days, achieved by three spring barrels connected in series. 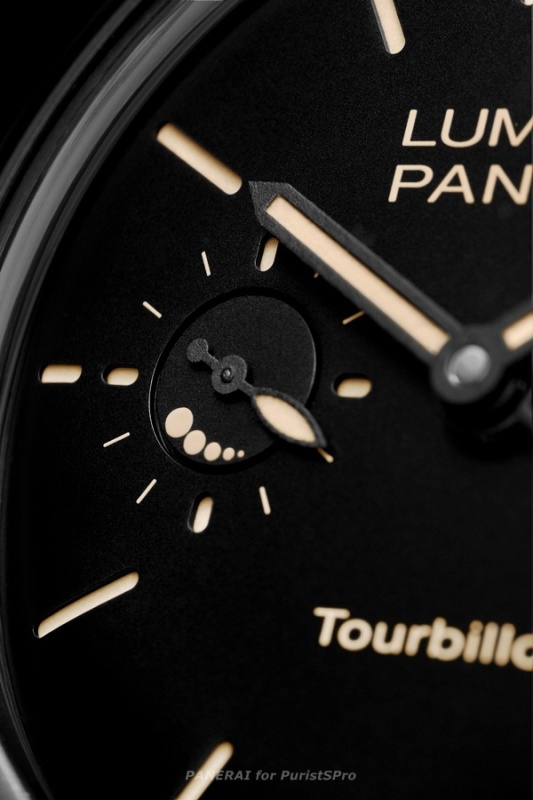 The material of which the Luminor 1950 case (48mm in diameter) has been made also expresses the technical mastery of the Officine Panerai manufacture: it is a synthetic ceramic based on zirconium powder which, by means of a complex series of working and finishing processes, acquires a particularly uniform and even matt black appearance, as well as ensuring excellent performance in terms of hardness, resistance to scratches, corrosive agents and high temperatures. 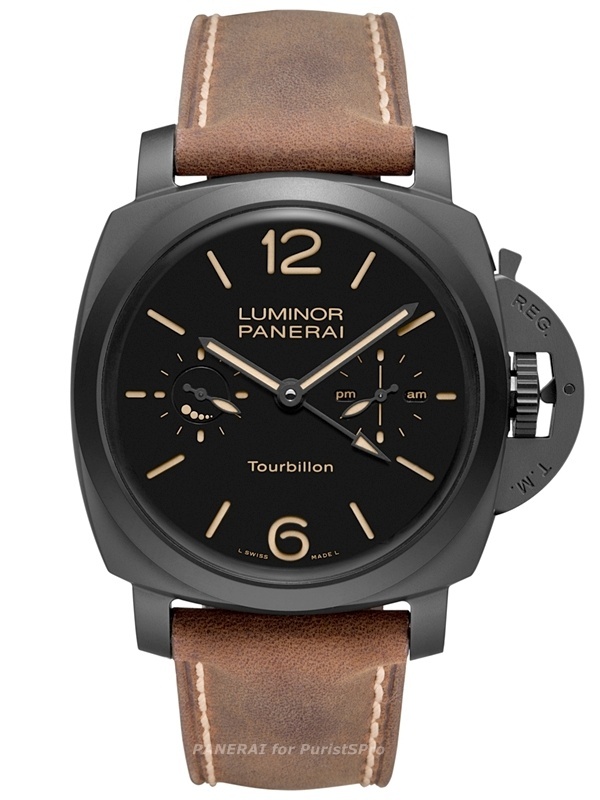 The black dial has a simple graphic appearance reduced to essentials and is of the classic sandwich structure created in the 1930s by Officine Panerai to achieve the maximum legibility even in conditions of very low light. The small dial at 3 o’clock provides am/pm indication over 24 hours. The small seconds dial, at 9 o’clock, also contains an original indicator, consisting of a series of dot markers, which is connected to the tourbillon and therefore moves at twice the speed of the seconds hand, completing one revolution in 30 seconds.

The 12-sided back with 12 sides in titanium (coated with PVD) has a sapphire crystal window in the centre which enables the P.2005 manufacture movement to be seen. Here Officine Panerai is presenting it for the first time in the P.2005/B version, which has undergone a blackening treatment to create an aesthetic continuity with the matt black of the case. The sapphire crystal also enables the remaining power reserve to be seen, thanks to a golden indicator within an arc-shaped dial. 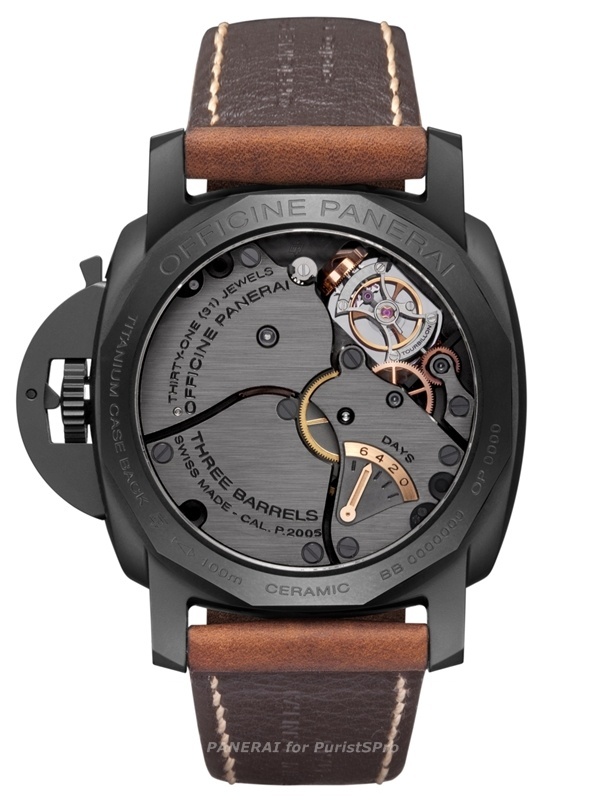 The Luminor 1950 Tourbillon GMT Ceramica (PAM00396) is supplied with strap of natural untreated leather, closed by an adjustable steel buckle, coated in PVD. 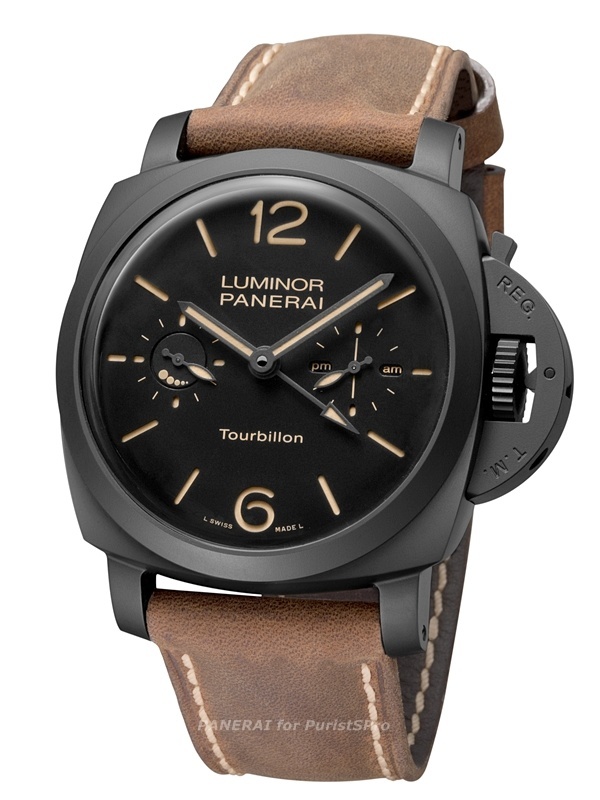 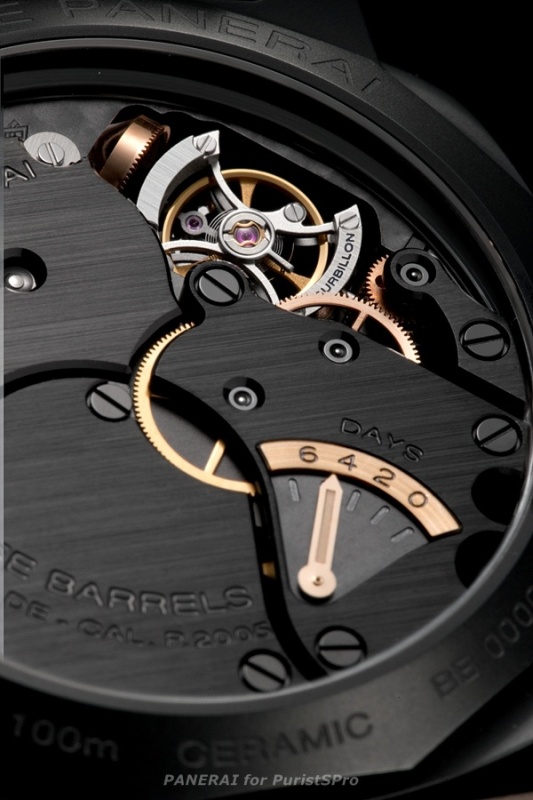