Seiko Technologies on the Track (and Field)

Sep 09, 2019,08:25 AM
The all-new 'Seiko Starting Block Cam' adds a new dimension to the TV coverage of sprint races in Doha as Seiko provides new technologies for faster, more accurate results and for an enhanced spectator experience. 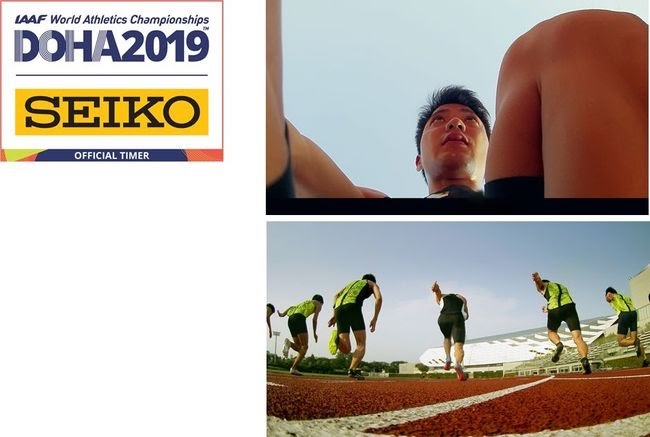 As well as being a full sponsor of the IAAF, Seiko is the official supplier of timekeeping and measurement services to the IAAF World Athletics Championships in Doha where it will deliver a full package of equipment, expertise and technologies that may well be the most complete and most innovative ever deployed at any athletics event in history.
The 17th IAAF World Athletics Championships will take place at the Khalifa International Stadium, Doha, Quatar from Friday 27th September until Sunday 6th October. Doha will welcome the best track and field athletes in the world. Seiko's team of over 70 sports timing specialists will time and measure each of their performances on the track, in the field and on the marathons and race-walking events.
For every World Championships since its first, Rome 1987, Seiko has introduced new equipment and systems designed to enhance the precision and speed of its timing and measurement and to enhance the spectator experience, both in the stadium and on TV. For Doha 2019, the enhancements to the Seiko service are greater than ever, with significant advances being made in the judging system and the TV coverage of sprint starts, in the measurement of the shot put and the information boards on the field of play.
1) The all-new Seiko Block Cam (100m, 100m/110m hurdles)

The Seiko starting blocks used for these events now incorporate miniature cameras that will take the TV viewer closer than ever to the action.Thanks to these two cameras in each block, the audience will see the expressions on the athletes' faces as they prepare for the gun and the explosive way that they propel themselves forward from the blocks. This state-of-the-art innovation has been developed in collaboration with IAAF Productions over the course of the past year since the idea was first conceived.
https://youtu.be/mOyBzWOu7Lc
For the first time, the TV audience will see the start of the race from the athletes' perspective; the drama of the start as the sprinters leave their blocks will be shown to the world. 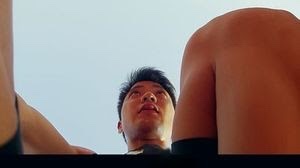 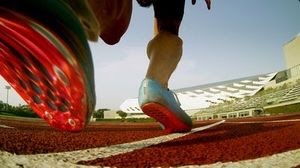 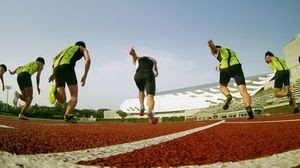 Seiko's Start Video System assists the officials who make the crucial decisions on false starts. In Doha, they will have more information than ever to help them, with two HD video cameras capturing every split second of the start of every athlete from two angles pre-determined to show even the slightest movement . Furthermore, this video footage is presented virtually instantaneously to the trackside officials on the same console as the wave form data that shows the pressure applied to each block throughout the start process. With this new fully integrated system, the officials in Doha will be able to better apply the false start rules and deliver faster decisions that are completely verifiable.
https://youtu.be/agS6KHtshgE
3) Seiko Video Distance Measurement for the Shot Put 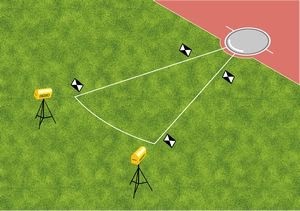 Seiko has long been the pioneer in applying video distance measurement to athletics and, in Doha for the first time at a major Championships, this advanced technology will be used to measure the Shot Put in addition to the Long Jump and Triple Jump. This stereoscopic camera technology allows a series of images to be taken that can be used to determine the exact distances of jumps and, now, throws.In the Seiko Control Center, high up in the stadium, the images are displayed on high definition screens and the VDM system calculates the distances with pinpoint precision. Official judges oversee the whole process; only when they have approved the results are they published. The possibility of error when a marker is placed by an official is eliminated, the results are delivered faster and a permanent record of each performance is available in the event of a protest. Once again, Seiko's technology brings real and important advances to athletes, officials and spectators alike.
4) Seiko Sand Pit Event Board 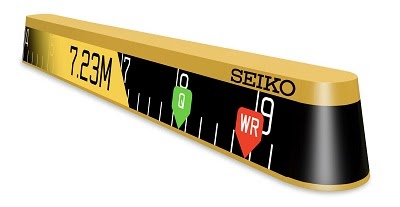 To help the spectators follow the exact status of the Long and Triple Jump competitions, a set of all-new, full-color LED displays will be placed next to the jumping pits, showing everything they need to know to follow and enjoy these events to the maximum. Before the events, the boards will display the event pictogram and starting time. Once an event begins, the boards show not only each jump's distance in metres but also in relation to the distances required for qualifying and the championship or world record.They will also show, of course, the athlete's name, nationality, position in the competition and attempt number.
In addition, the seven main field event displays have all been upgraded to show more data with more clarity. The screen resolution has been increased thus allowing the IAAF to display a wider than ever variety of information and video.
Before a competition, the boards show the event name and start time

Seiko and the IAAF, partners for 34 years and counting
Seiko's partnership with the IAAF started at the 1985 World Indoor Games in Paris when Seiko was chosen to provide the timing and distance measurement services. Over the subsequent 34 years, Seiko has served at 185 IAAF events, including 15 World Championships. In May 2019, the IAAF and Seiko announced the extension of their partnership for a further ten years, until 2029. Seiko is proud to assist the IAAF in promoting the global sport of athletics through its technological and financial support.In the coming ten years, Seiko will continue to develop the new equipment and systems that will ensure that athletics is at the forefront of sports technology.
Seiko gratefully acknowledges the expertise and support of the IAAF's technical team, without whom the creation of this new state-of-the art system would not have been possible. Seiko looks forward with excitement, determination and strong commitment to working in the long term with the IAAF to grow the sport of athletics worldwide.
Seiko, the measure of greatness.

Seiko Technologies on the Track (and Field)

By: cazalea : September 9th, 2019-08:25
The all-new 'Seiko Starting Block Cam' adds a new dimension to the TV coverage of sprint races in Doha as Seiko provides new technologies for faster, more accurate results and for an enhanced spectator experience. As well as being a full sponsor of the IA...
login to reply