How can it be spectacular?
If I show you these 2 pictures, you will tell me that it is understated, hyper sober, austere, for some of us, serious... But spectacular? 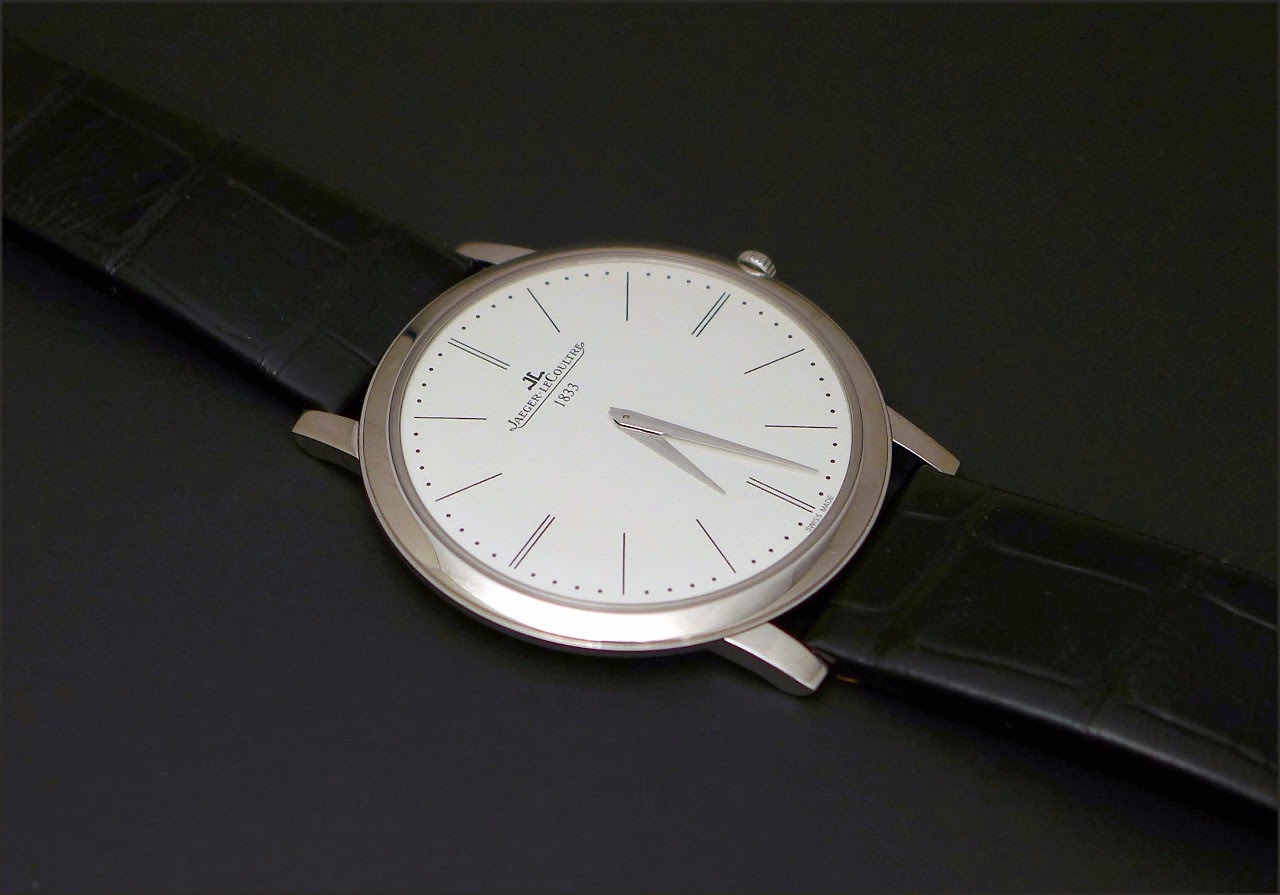 The case back is not spectacular, as well. It has the good taste to not show the movement, the Cal 849, which is totally lost in such a " big " case. 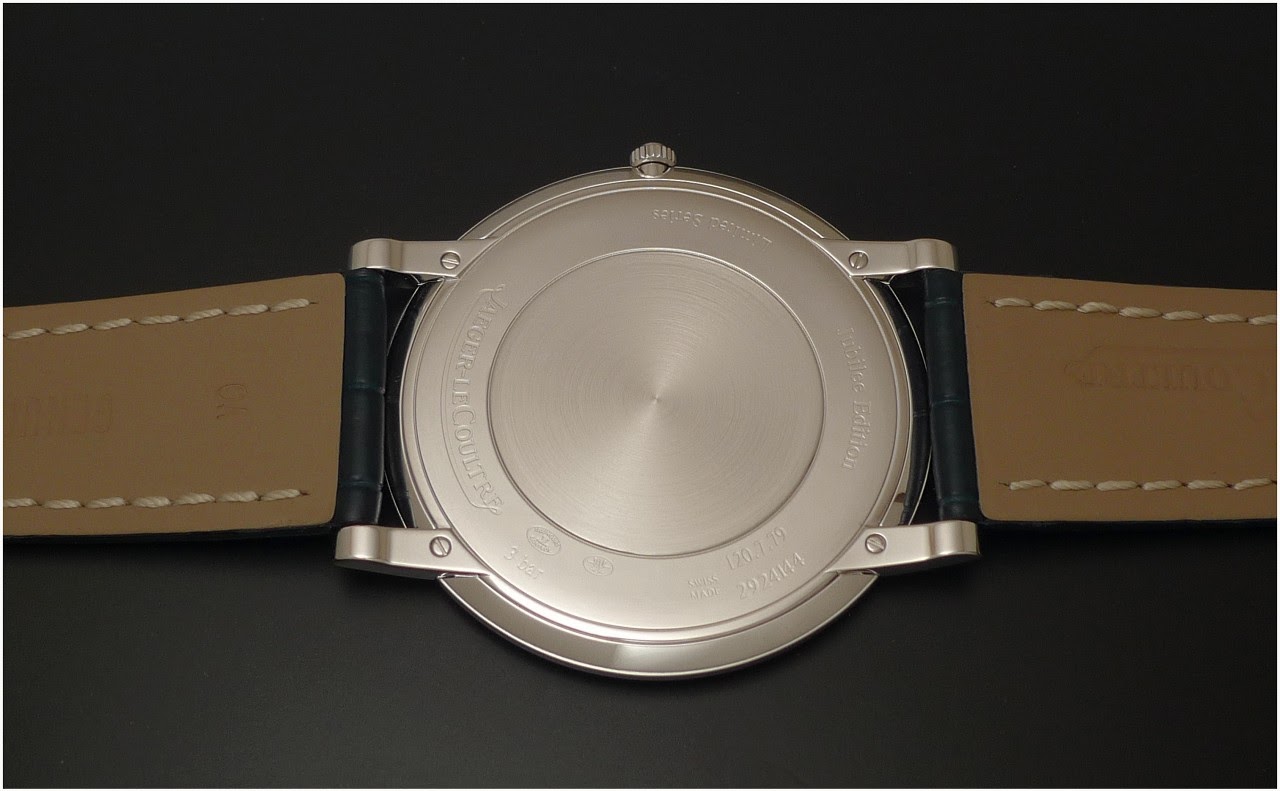 But now, if I show you this picture... 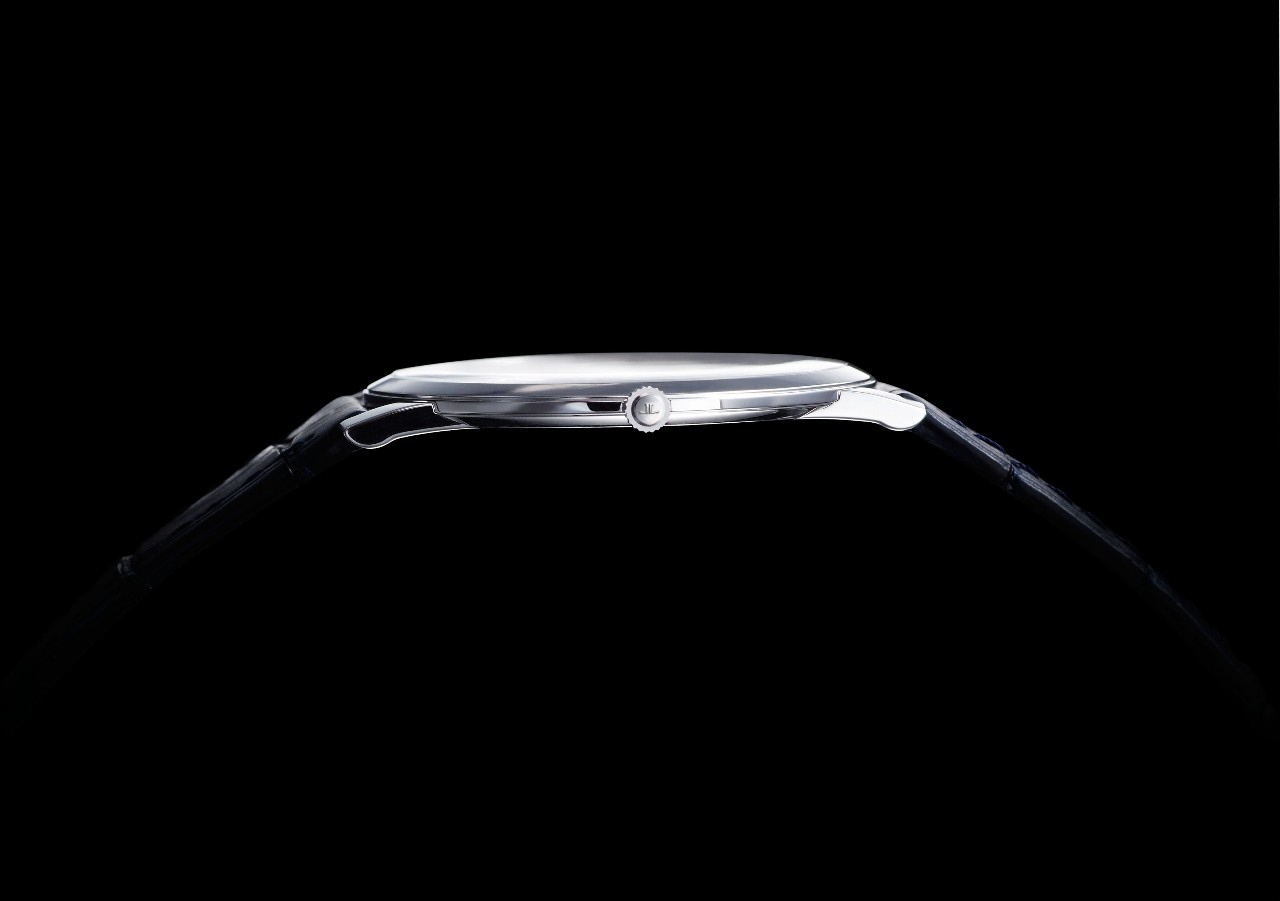 Now we can say it is spectacular.
This profile is just breathtaking.
And the density of the platinum gives some pleasant consistence to the case.
To me, this " MUT 39 Jubilée " is one of the stars of our modern times. Surprisingly, we don't often discuss it. Forgotten?
Best,
Nicolas

I have to admit nowadays people seem to be more attracted to big and heavy watches...

By: Watch_kha_wen : July 12th, 2018-14:12
Which is a shame in my opinion but also a generation thing I appears. My dad always told me that a sophisticated watch is a small and thin one - also more complicated to make I guess. Having a small wrist myself I have a huge preference for smaller and th...
login to reply

I went for the reverso tribute at the end.

Which ones are the few others amongst your favorites ? [nt]

By: Alex25 : July 12th, 2018-14:16
I think the problem is not with the model that is gorgeous but with the brand. Unfortunately JLC fails to score hype points. The same picture remains with duometers and their other magnificent watches. As for 1907... One of the problems is that the moveme...
login to reply

I will come back to the MUT... I am working on something... Highly desirable watches, not to say remarkable. JLC should defend them more, or better, indeed. [nt]

Great watch & brings back many memories and has been a safe queen for a while now ..pictorial for you

Gorgeous pictures, my friend. At the exception of the broken glass, quite frightening... [nt]

Solo una palabra, SENORIAL ! A cristall on the bottom is not posible, first it cost higth. Second, the need the stability of the closed bottom. I love ultraplat!

You are correct on all points. [nt]

It's fantastic Nico! I also love it's rose gold sister. On my JLC wishlist for sure! The profile is hard to believe and seductive [nt]

Yes, the rose gold, as often, is much warmer and less understated. Nice choice. [nt]

It's hard to go wrong with either here, but rg really captivated me [nt]

Yep. In that case, and it is just the reflect of my own taste, I would go for platinum. I find it even slimmer in white metal, though. But you can't go wrong. [nt]

By: jml_watches : July 12th, 2018-23:55
As others have said - thinness is a complication too. Of the series I have a particular liking for the 34mm. Probably most to do with when I first got to appreciate JLC. Cheers JML
login to reply

Stay tuned, I am preparing an article on that one... [nt]

By: HaWei : July 13th, 2018-04:58
I absolutely dont't understand why JLC neglects the marvelous calibre 849. In the product range of JLC on their website you justfind one watch (!) anymore with a squelette-version of caliber 849. For me this is nearly a shame, because JLC has been a speci...
login to reply

You can be proud if it. The MUT 34 is a forgotten icon. I cannot disagree with you on that matter. [nt]

Yes it is a delicious watch!

By: eklektik : July 13th, 2018-09:19
What a lovely profile! I think the MUT34 with its see-through back is more interesting as the movement is really an important part of the watch! You have to like under-the-radar watches and technical achievement to really appreciate this piece. I do Thank...
login to reply

I think the MUT 39 Jubilée has an even more spectacular profile. But having the possibility of looking at this movement is important. The MUT 34 came with a see through OR a solid case back, too. [nt]

And I am lucky to have a see-through back version! :)

By: eklektik : July 13th, 2018-11:08
The platinium is an even more refined version, which makes sense seen the exclusivity and the material. Would you get one Nico? Best, É.
login to reply

I have the Duometres priority, but I think I will get one, after I manage to realize my Duometre dreams. [nt]

Thank-you, Nico, for reminding us of this reference!

By: Petr : July 13th, 2018-10:10
It is indeed a very special design, of course from the purely technical point-of-view (new solution of the case, caseback fitted at the lugs), and because of its special aesthetics: - not only the unique profile, also - sharply cut curves and edges of the...
login to reply