The Sistem 51 - An Important Watch of the Last Decade 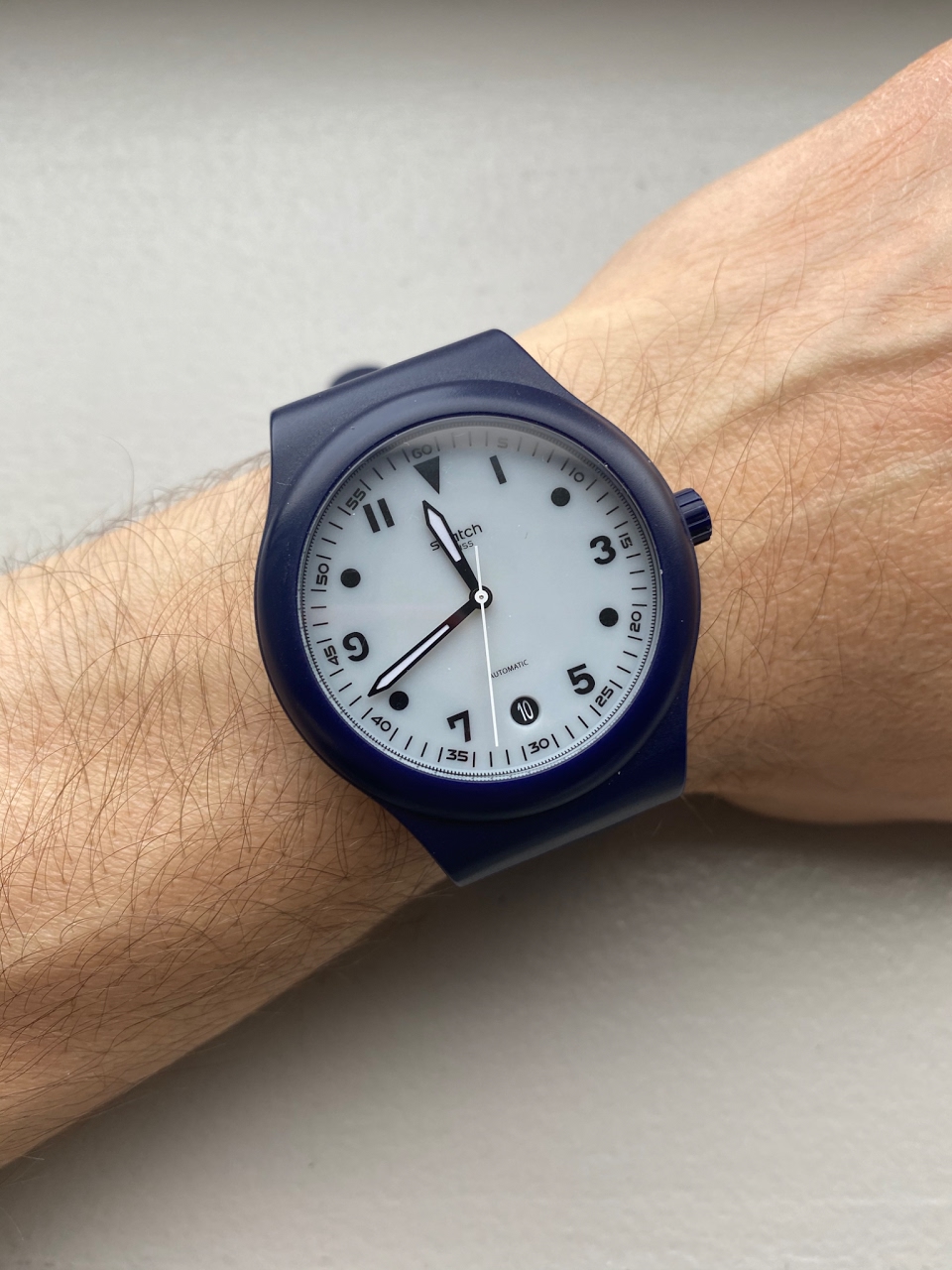 Since it’s introduction in 2013 the Sistem 51 has been a watch (or collection) that captured my attention. I cajoled a friend at the time to mule one from Switzerland as they were not yet available elsewhere (that’s the white one you see below).

Most of you will know the development of the watch and the process of manufacturing it led to the application of 17 patents for Swatch.  Manufacturing is entirely automatic.

The movement is one of simplicity, something which is appealing to many of us and something which drove much of the success of Ochs und Junior, the MIH watch and others.  The Sistem 51 has only 51 components, pretty cool. And a single central screw that holds the whole thing together.

The downside is as the movement is hermetically sealed, it was never intended to be serviced.  It’s a disposable good essentially, although having had my first one for almost 7 years it seems to be doing OK and product life seems reasonable (based on my sample size!).

For me it’s a collection within a collection, of which some of you know is a feature of my collecting.

Anyone else own a Sistem 51? More than one?

Here’s the rest of the bunch. 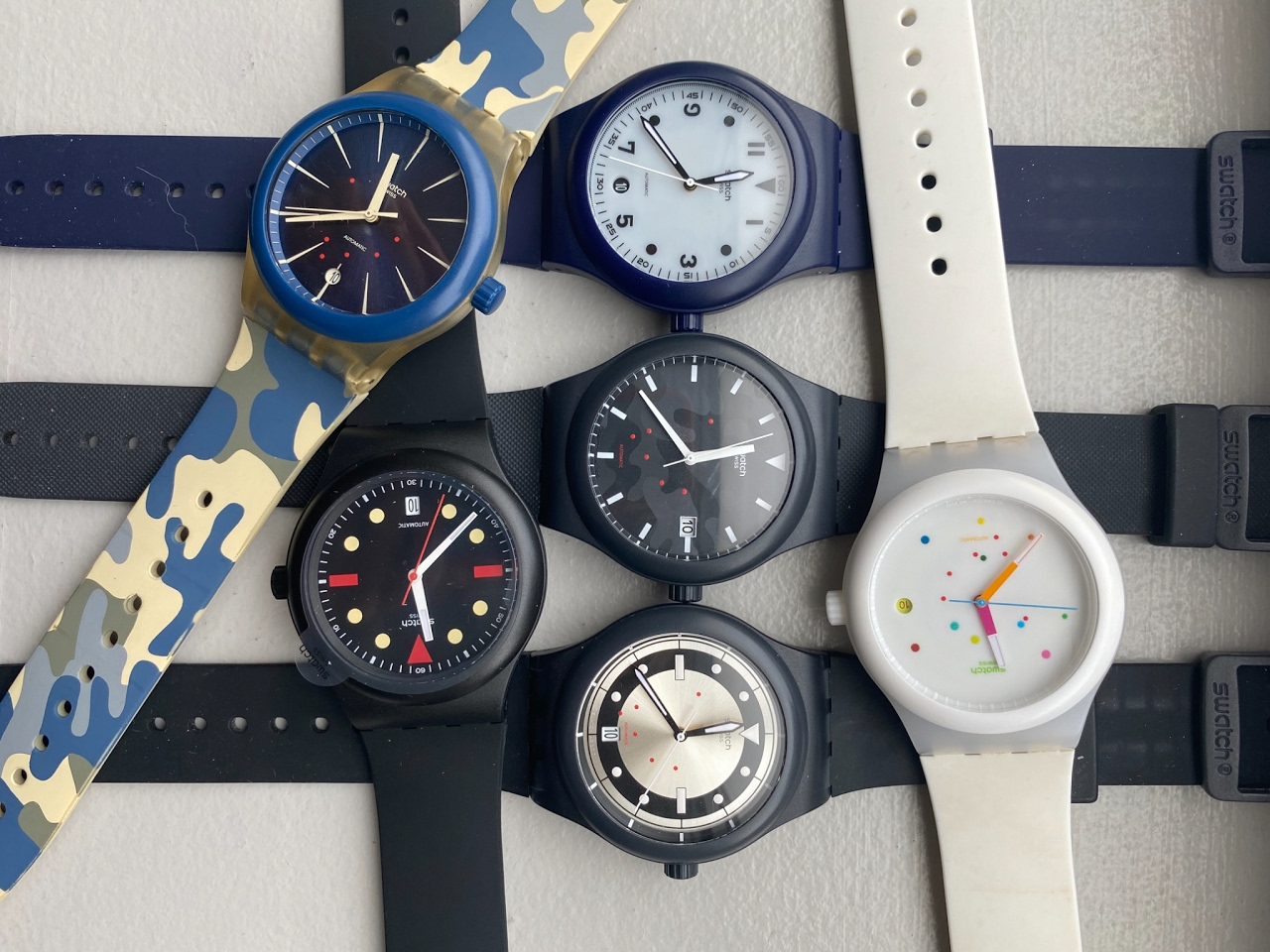 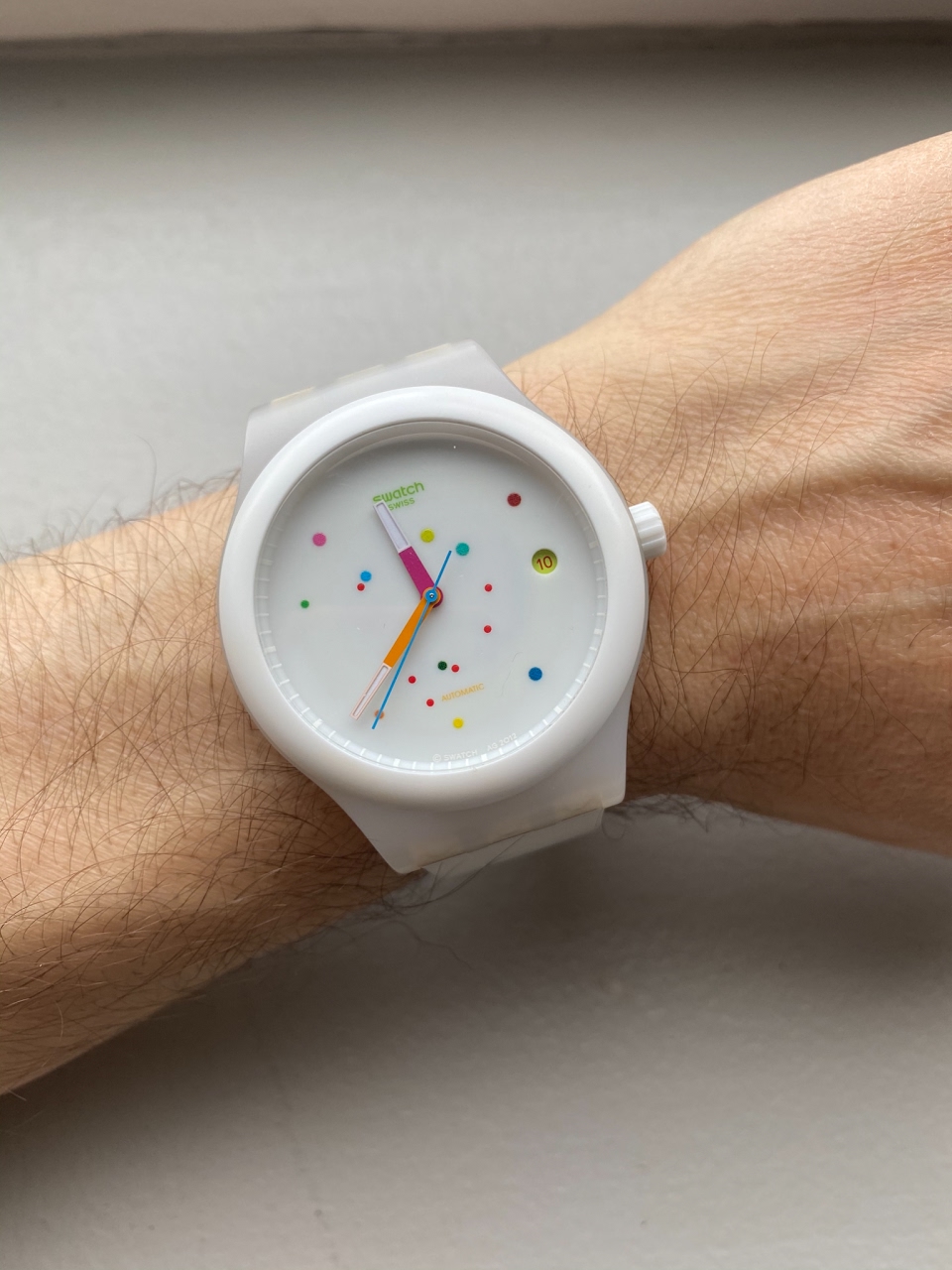 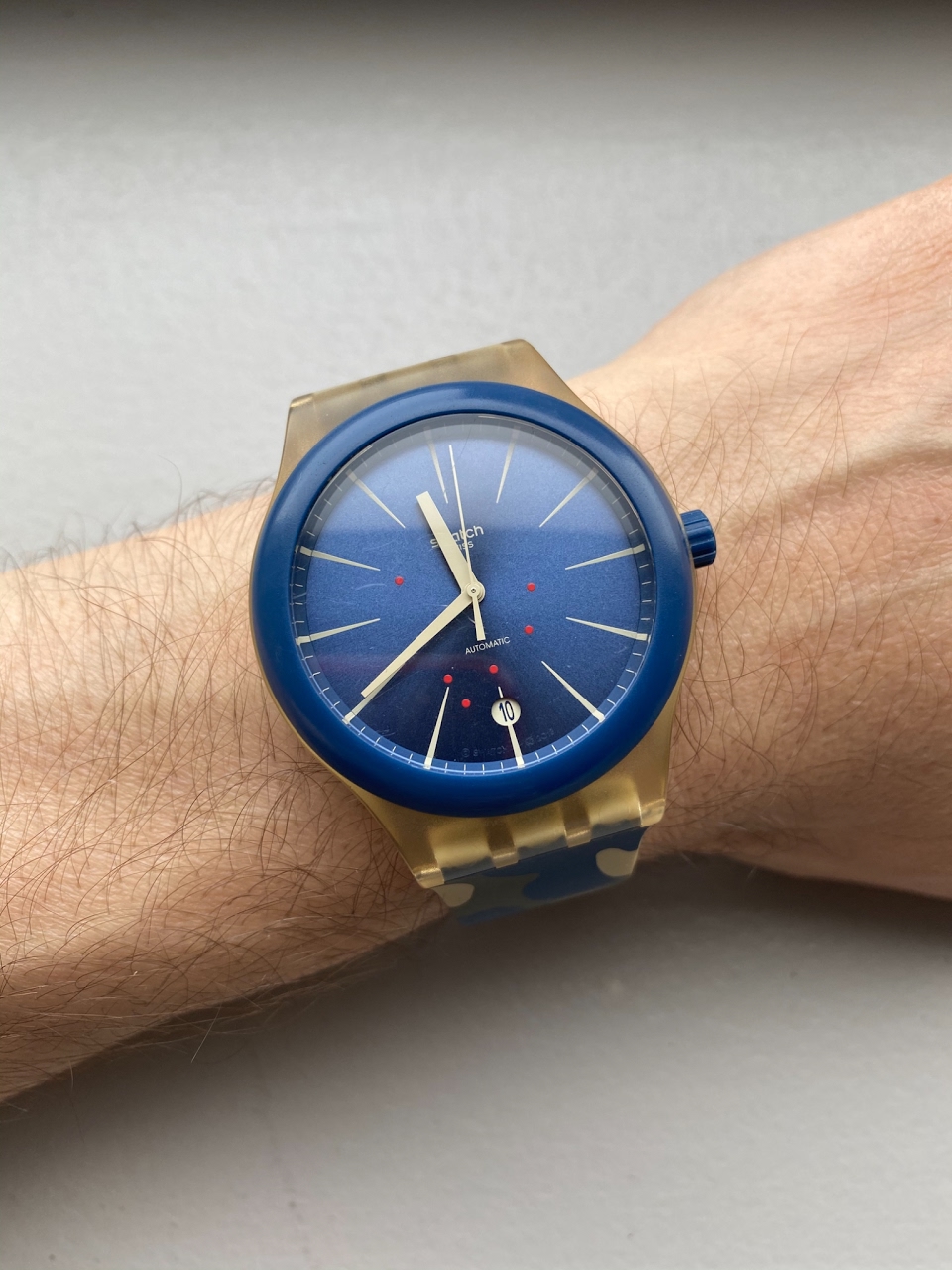 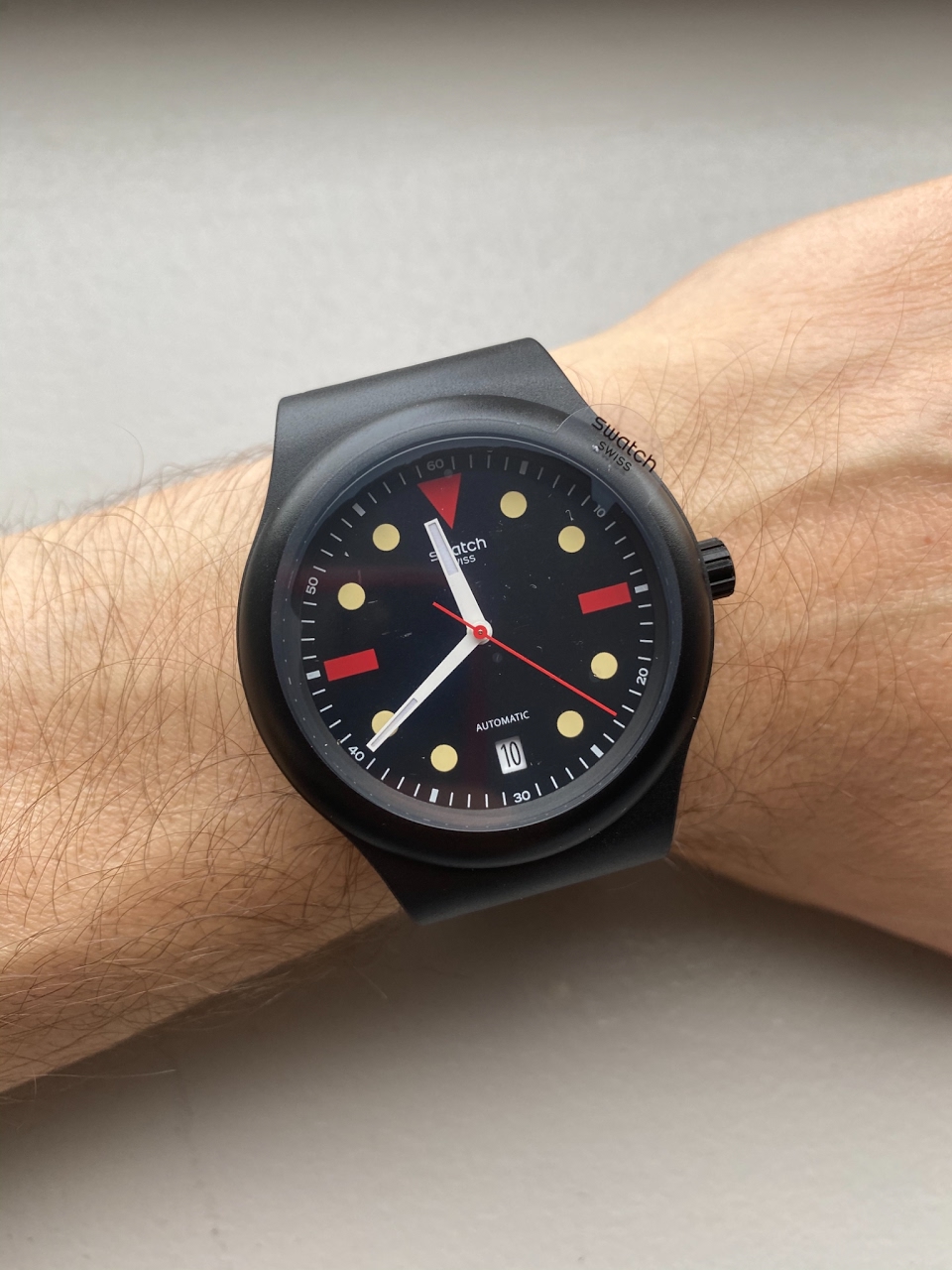 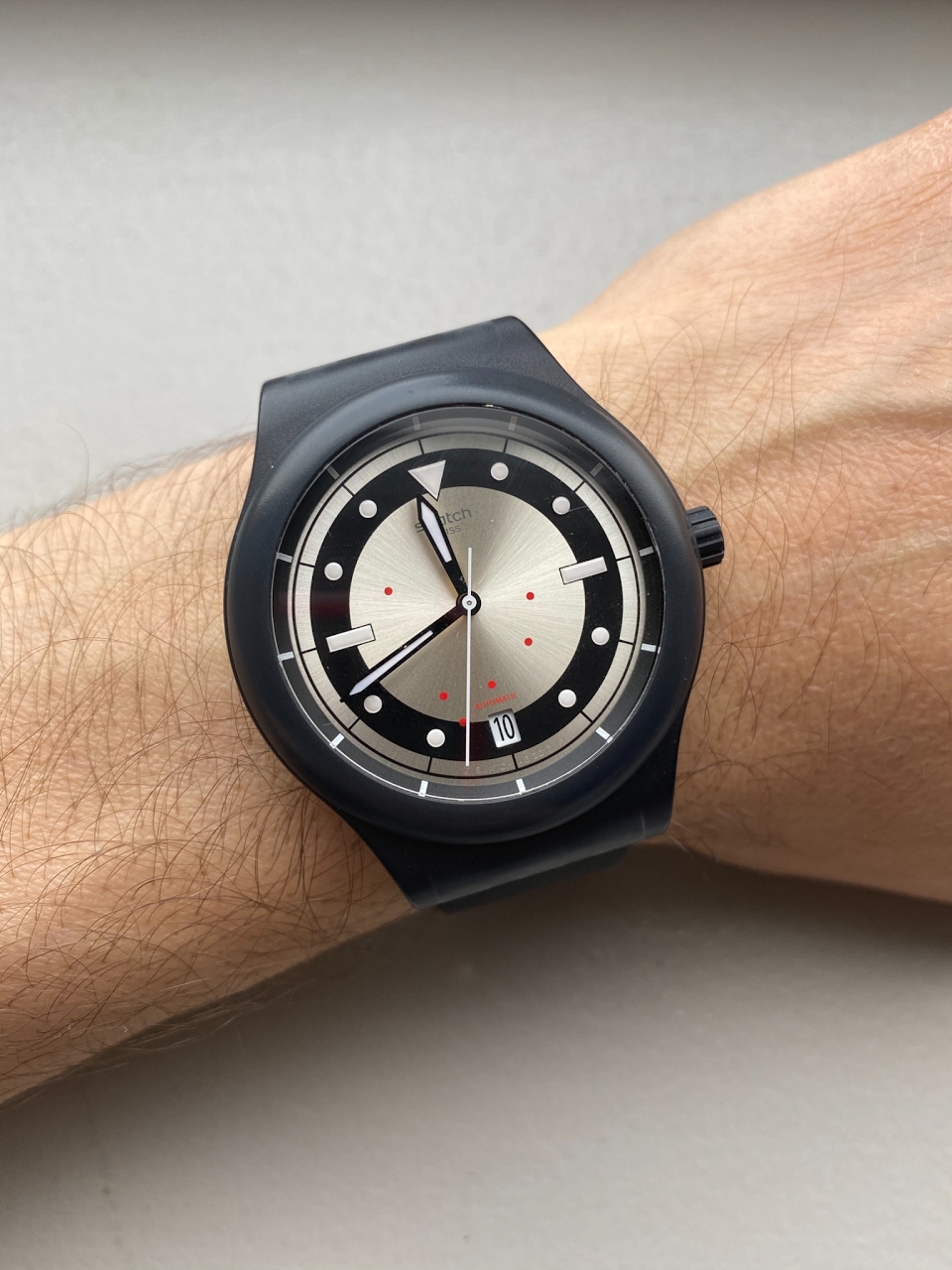 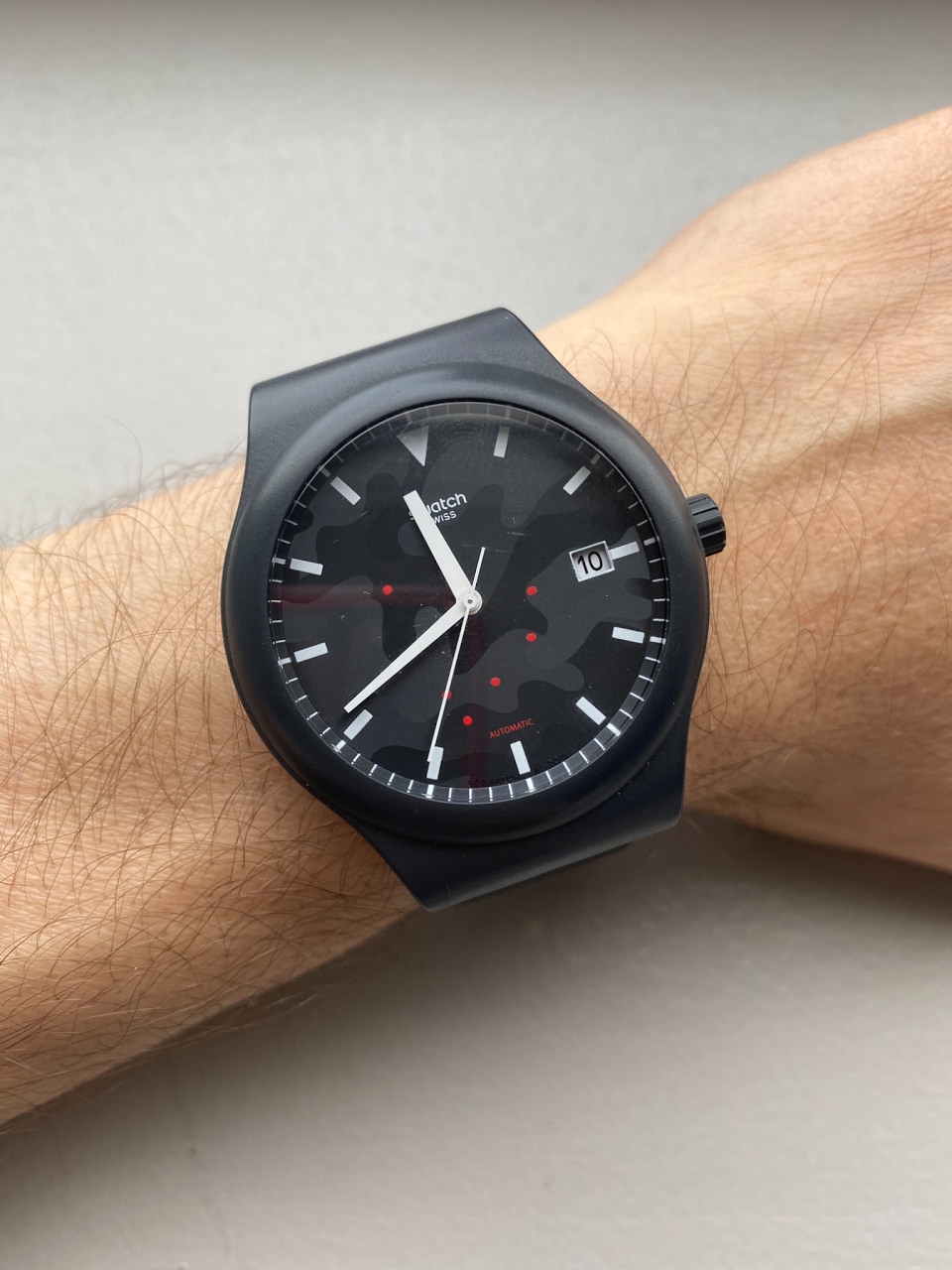 The Sistem 51 - An Important Watch of the Last Decade

By: Jay (Eire) : February 10th, 2020-10:09
Since it’s introduction in 2013 the Sistem 51 has been a watch (or collection) that captured my attention. I cajoled a friend at the time to mule one from Switzerland as they were not yet available elsewhere (that’s the white one you see below). Most of y...
login to reply

Very interesting line... Can we see the case-back please? Thanks for posting this one. [nt]

Will do, but it take a little while. [nt]

They all have slightly different designs...

The white is probably the least legible of the bunch so I can understand.

What is it with people giving these away? You too Ronald? [nt]

I thought that I was doing a needy friend a favor. Swatch..

You are a good friend.

BBJ ticks too louldly, or I would have bought it last week. (nt)

Looked at the Sistem 51 lineup, but saw no dials with Arabic numbers. (nt)

You sure; I think there are a few Sistem 51 currently with Arabic numbers. Google Sistem Bau. [nt]

Likely but wasn't displayed in my Swatch store...

They do not have every Search. I looked again at the Sistem watches...

Prefer this one except for the small date, and the radial Arabics. (nt)

Thanks for some interesting information, the watches are cute!👍 [nt]

Most definitely both!😉 [nt]

I have the blue one

By: Mark : February 10th, 2020-12:46
I can’t get into it. It was an impulse buy and made me resolute not to buy from HODINKEE ever again. By the way, why do you keep the screen plastic on?
login to reply

The newest one, the Hodinkee Generation 1986 I’ve just not worn yet hence the plastic.

By: Jay (Eire) : February 10th, 2020-14:33
The white, which is 7 years old, the blue camo and the black camo get most wear and are the oldest of the 6. I have to say the Hodinkee Blue with the unusual typeface / numerals and the grey blue dial is my favourite of the bunch, it’s one I wear on workd...
login to reply

That’s one of the first releases too, like my white one.

I loved this one from day one and had to have it.

By: Watchonthewrist : February 11th, 2020-01:03
First year you couldn,t get them outside of Swiss so a friend of mine who lives in Geneva bought one for me
login to reply

I have exactly this same model,part of the first set of four.

By: halkcb : February 10th, 2020-18:58
Unfortunately,mine has stopped functioning despite all attempts to run it,although the other three seems to work well. There's apparently no way to repair it.
login to reply

Do you mean there are other watches using the same movement? [nt]

By: Weems@8 : February 11th, 2020-13:29
Some other brands from the Swatch group. Swissmatic is on some Swatch automatics.
login to reply

Nice post! I have a few and enjoy the concept

By: waitlisted : February 10th, 2020-16:19
I have all three of the hodinkee editions, as well as the "cream" which was one of the earlier models. I also have the flymagic from last year, which uses a modified and reversed sistem51 movement. I have to admit that I wear them rarely because they're a...
login to reply

A little bulky for sure, but because they are so light and can be worn very snug due to the strap material I don’t notice the bulk so much.

By: Jay (Eire) : February 10th, 2020-18:04
The Flymagic is an interesting derivative. Which version do you have? You should post it when you have time, I’d bet it may be the only one (or at least in very limited company) here.
login to reply

Definitely! I have the rose gold (plated) flymagic.

By: waitlisted : February 11th, 2020-09:15
I’ve always thought about shooting it properly but never got around to it. It’s actually quite a visually interesting watch (albeit completely unwearable for me, as it’s a large 45mm).
login to reply

You need to take some pictures of it. It’s a relatively rare watch and as you said visually interesting. [nt]

Very nice, another of the originals. Does it get much wear?

Oh, yes, I wear it multiple times a week..

By: rdenney : February 12th, 2020-22:58
It’s my standard workout watch. I must have a thousand running miles on it this year, and it has been bathed in sweat dozens of times. Once I learned that the stem turns backwards to wind it, it has worked fine. And, yes, a mechanical watch is much better...
login to reply