Carl F. Bucherer & John Wick Chapter 2: Coming to a theater near you! 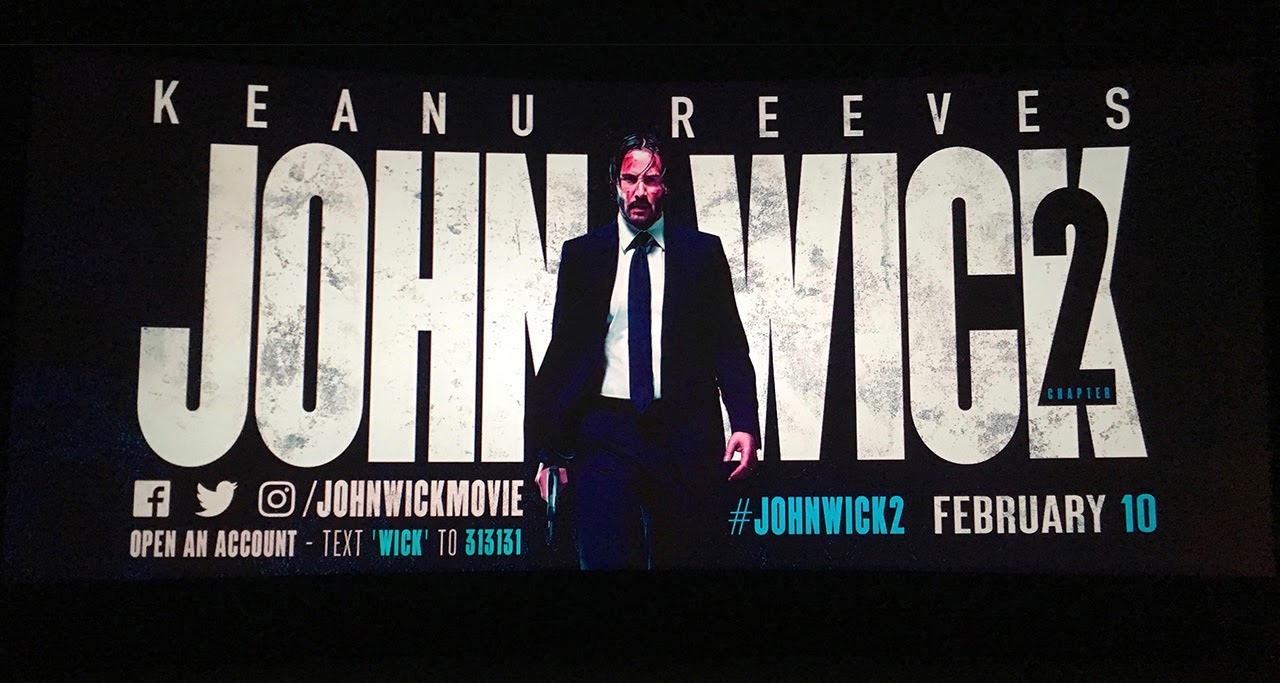 On Friday, neo-noir action flick John Wick Chapter 2 will explode into theaters around the globe with a string of appearances by the watches of Carl F. Bucherer.

A follow up to 2014’s blockbuster, John Wick Chapter 2 is the seamless continuation of the story of hit man John Wick (Keanu Reeves) pulled from retirement by an unfortunate string of events. 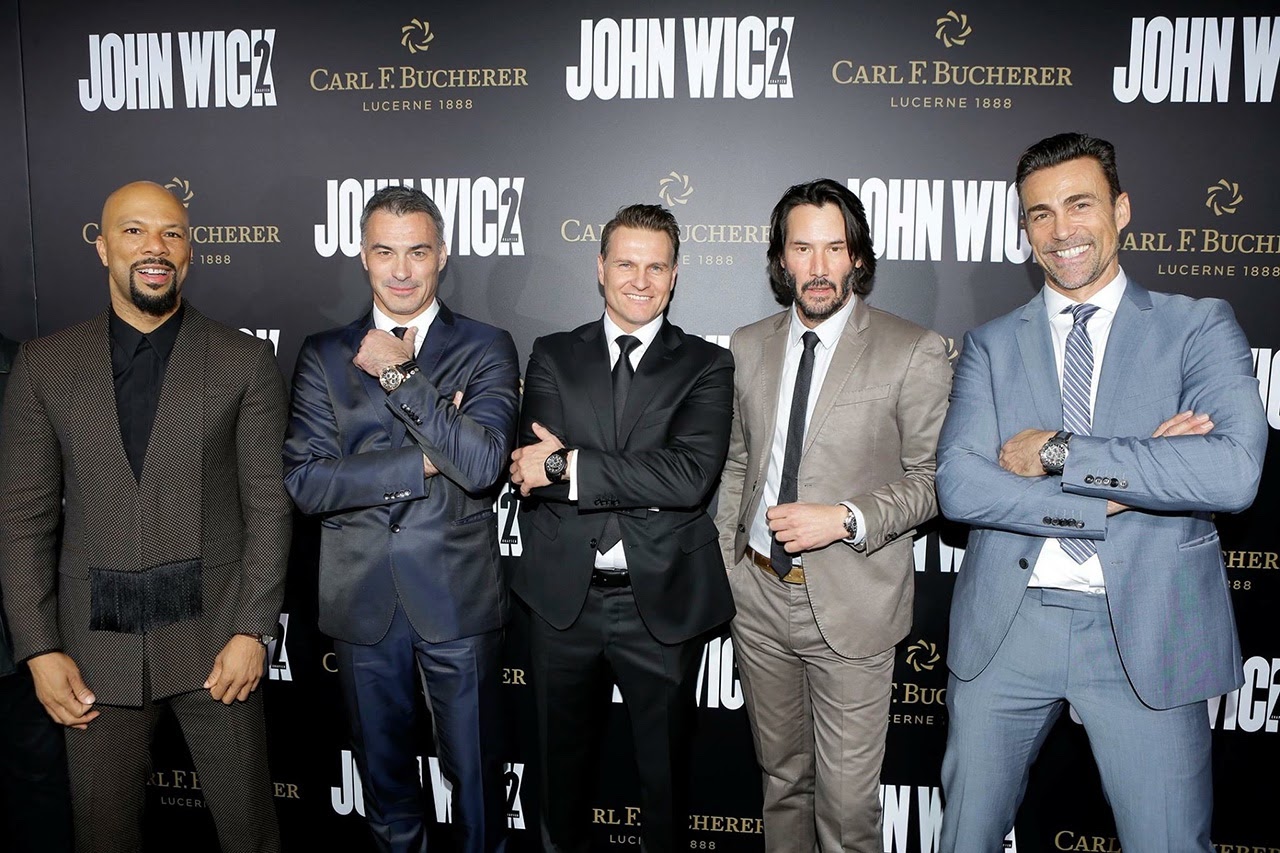 In anticipation of the sequel, the folks at Carl F. Bucherer graciously extended an invitation for my lovely fiancé to attend the world premiere of John Wick Chapter 2 in Hollywood, followed by an exclusive after party with the cast and other friends of the brand. 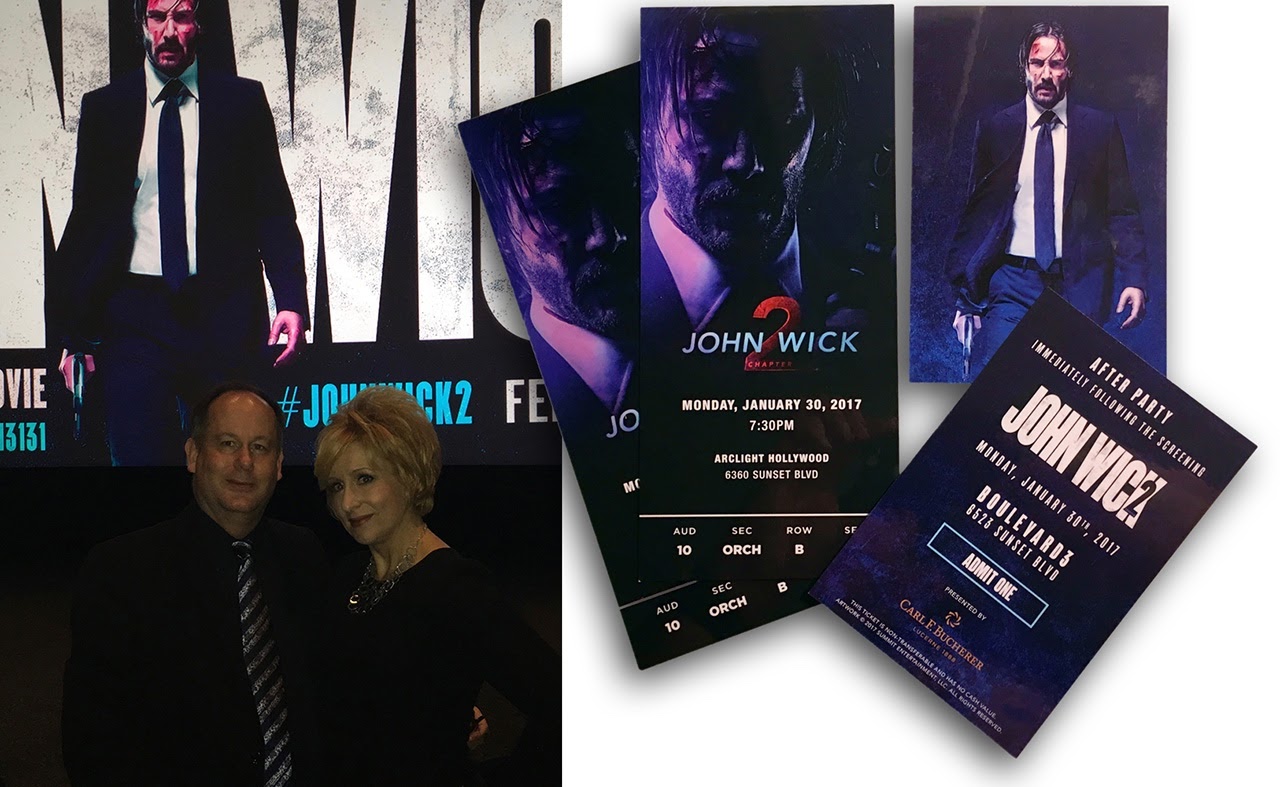 If you saw the first John Wick, no doubt you noticed the watches of Carl F. Bucherer artfully displayed throughout the movie. Not just props, these pieces actually contributed to the story line.

In the sequel, the producers not only amped up the action, they made the watches and the brand even more prominent. A sharp eye will even notice the Carl F. Bucherer brand represented beyond just wrist presence (I’ll stop short of a spoiler, here!) 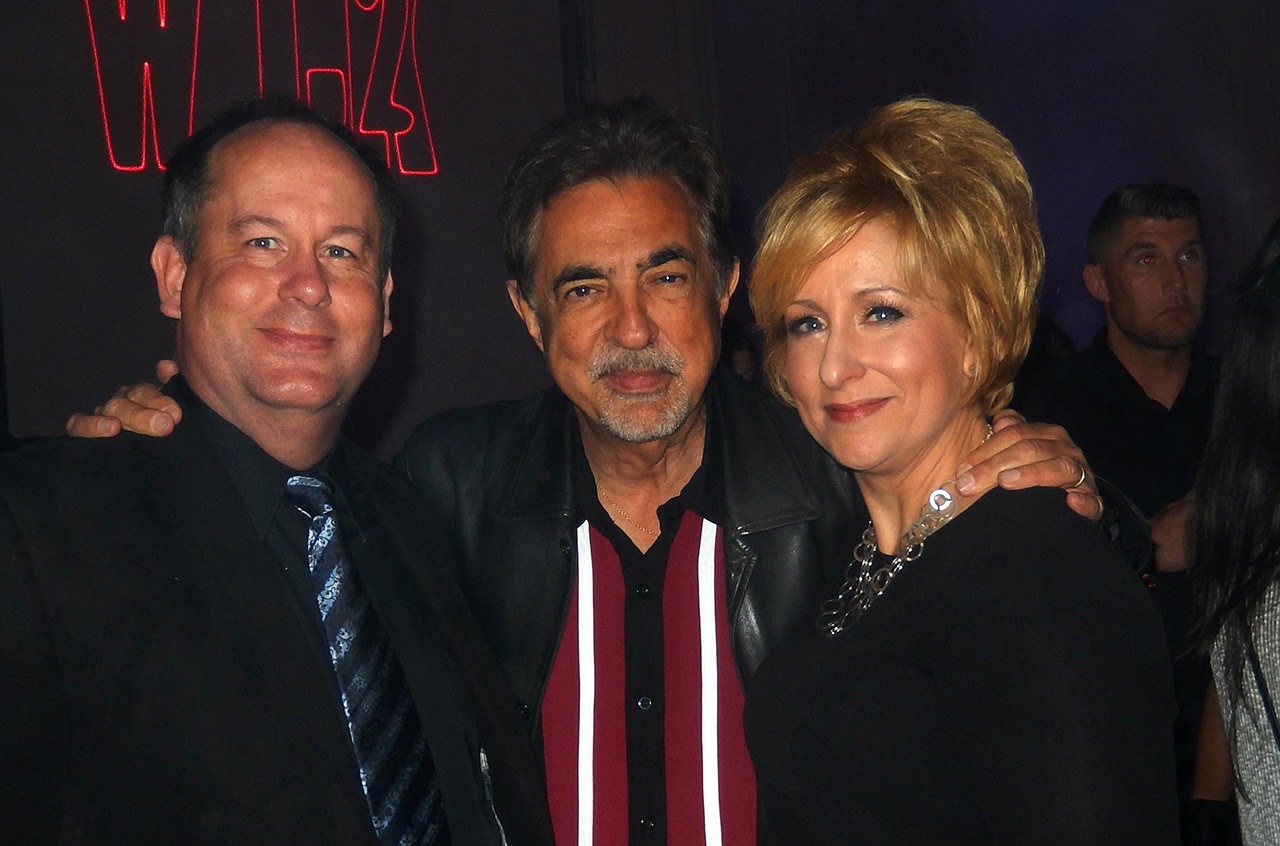 The evening started early with a relaxed cocktail mixer hosted by Carl F. Bucherer CEO Sascha Moeri and some of the brand’s ambassadors, including veteran actor Joe Mantegna.  We then headed off to Hollywood’s Arclight Theater for the premiere. 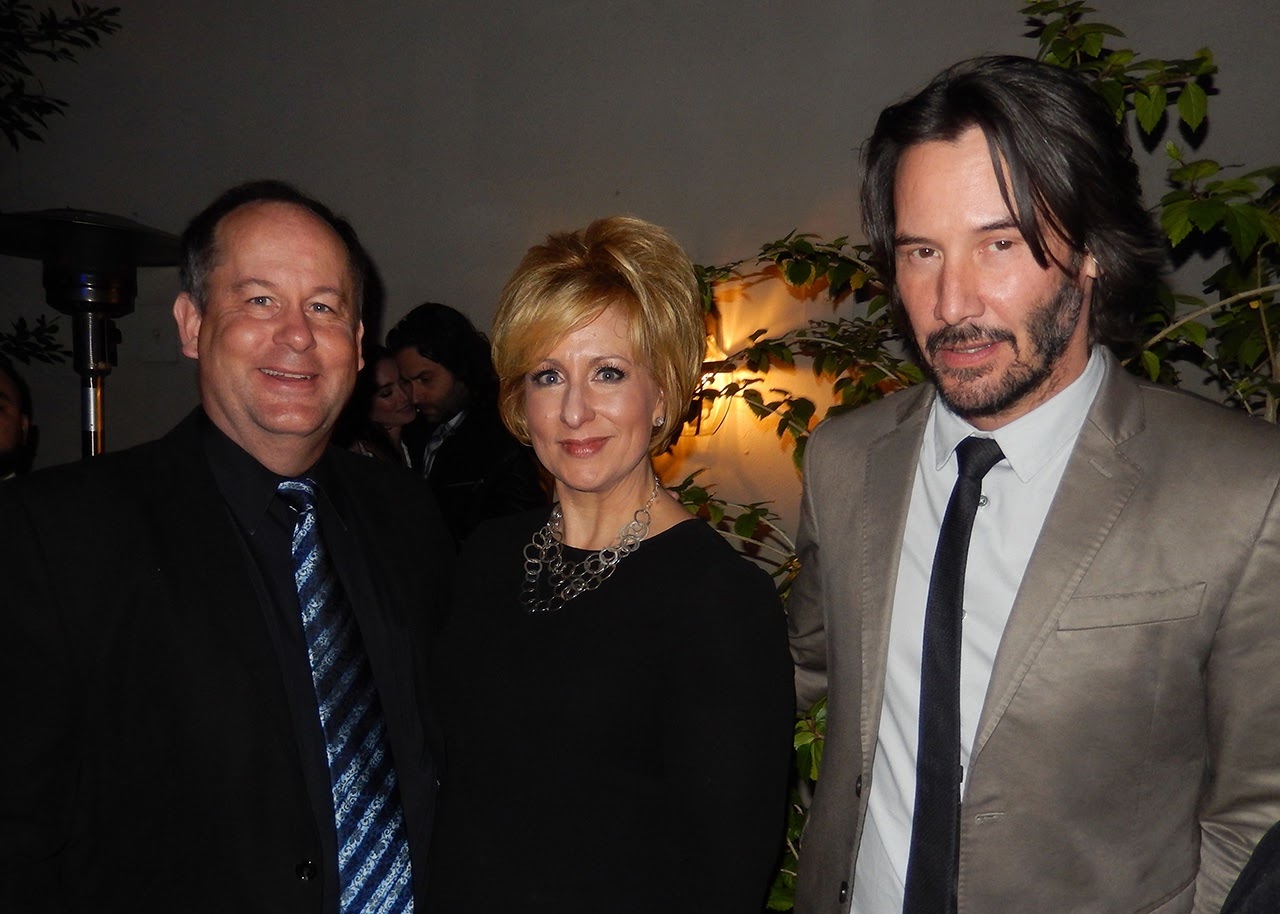 Popcorn and drinks in hand, we settled into our seats. Director Chad Stahelski took to the stage for a quick intro, then John Wick himself, Keanu Reeves took to the mic to introduce the very first showing of John Wick Chapter 2.  I have to admit, it was pretty cool watching a movie knowing the entire cast was scattered amongst the audience.

Again avoiding spoilers, I can only say that if you enjoyed the first John Wick, you’ll absolutely love the sequel.  100% action-packed, it’s fast, dark and violent; the perfect escape from the mundane every-day life. I will also advise that if you’re squeamish, well, you just might provide entertainment for those watching you squirm on the edge of your seat (Emily!) Let’s just say Mr. Wick can get rather creative in his trade.

Following our brush with the red carpet, we all headed to the trendy Boulevard3 nightclub for a party with several familiar faces from the movie.  Even former NBA star and brand ambassador Jim Jackson joined in the celebration.

As things began to wind down, I finally had time to enjoy some of the watches on display before sitting down to some pleasant discussion about watches with Sascha. Not your typical CEO, he was excited and energetic, treating the movies’ exposure of the brand like a proud parent.

So what does it cost for product placement in such a movie? In this case, zero. Though the brand did provide the watches used in both movies, producers chose Carl F. Bucherer based solely on the brand’s style and ruggedness.

The creators of the John Wick franchise could have easily selected watches from the highest bidder. Instead, they chose the quality and craftsmanship of Carl F. Bucherer, foregoing any placement fee. Zero, none, nadda.

Producing only about 25,000 watches per year, Carl F. Bucherer manages to retain exclusivity with pricing that may pleasantly surprise you. If you’re serious about quality and uniqueness, you owe it to yourself and your collection to check out the brand…and the movie!

Below are the watches of John Wick Chapter 2. See how many you can spot and the other refrence to Carl F. Bucherer in the movie. Enjoy! 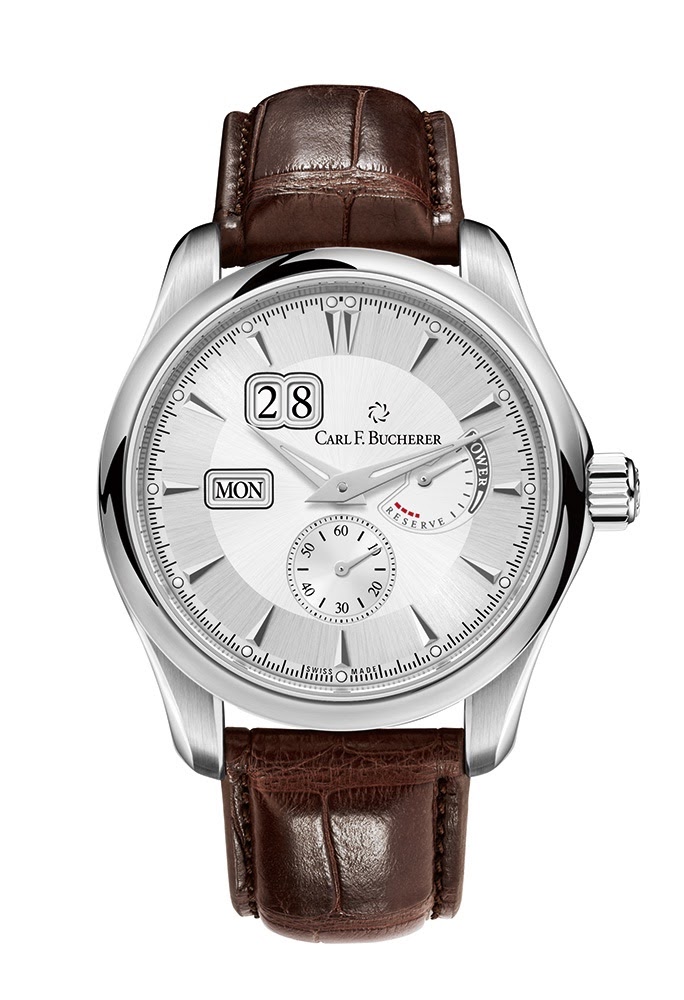 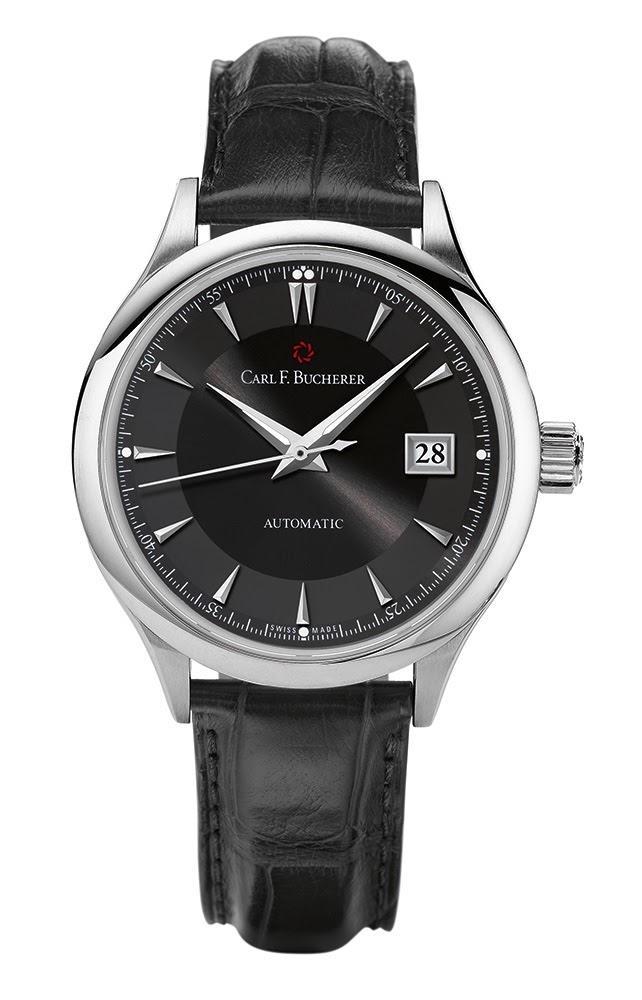 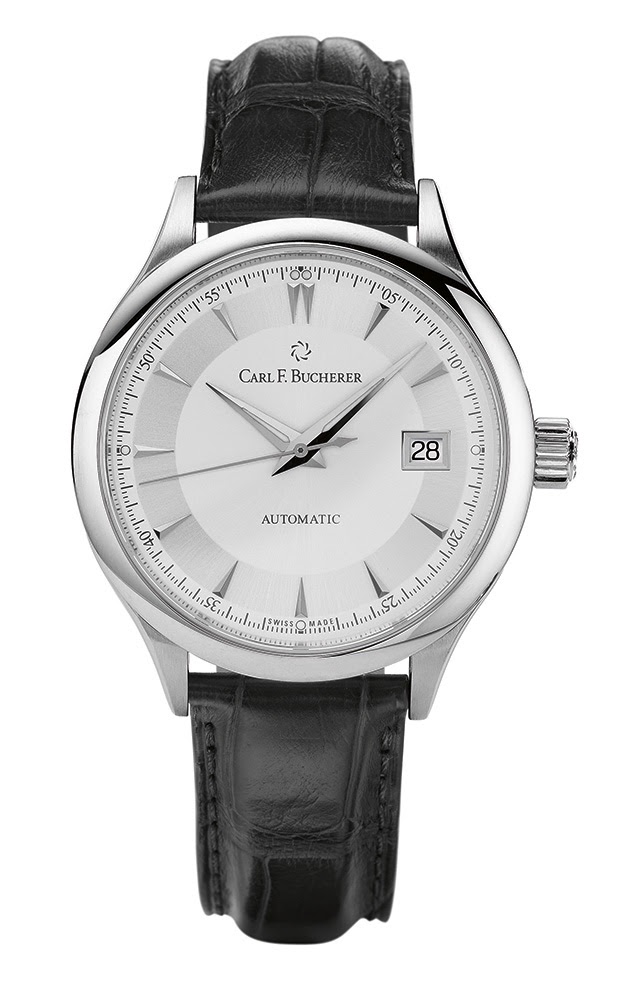 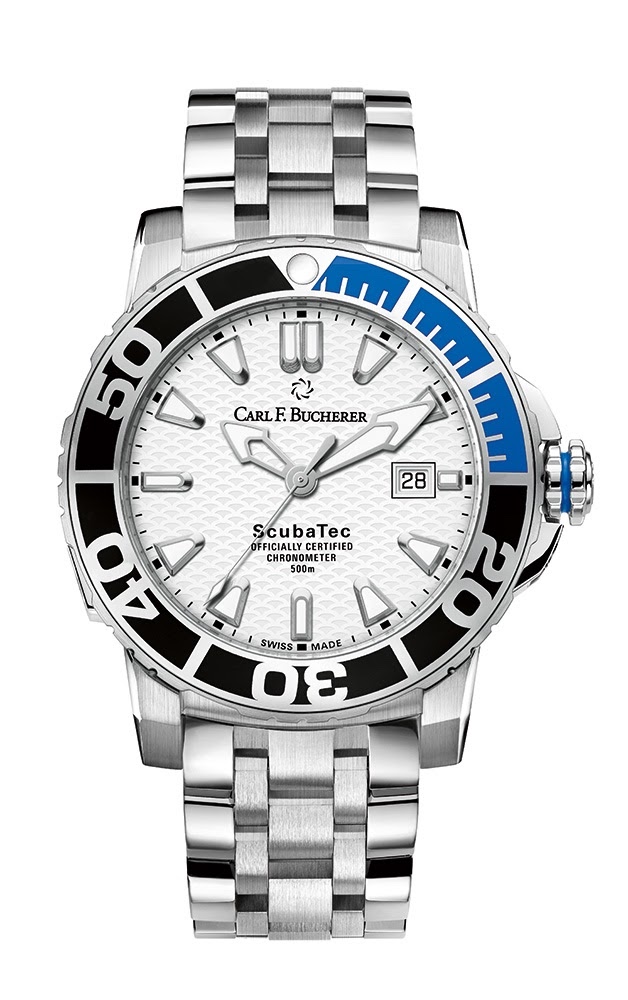 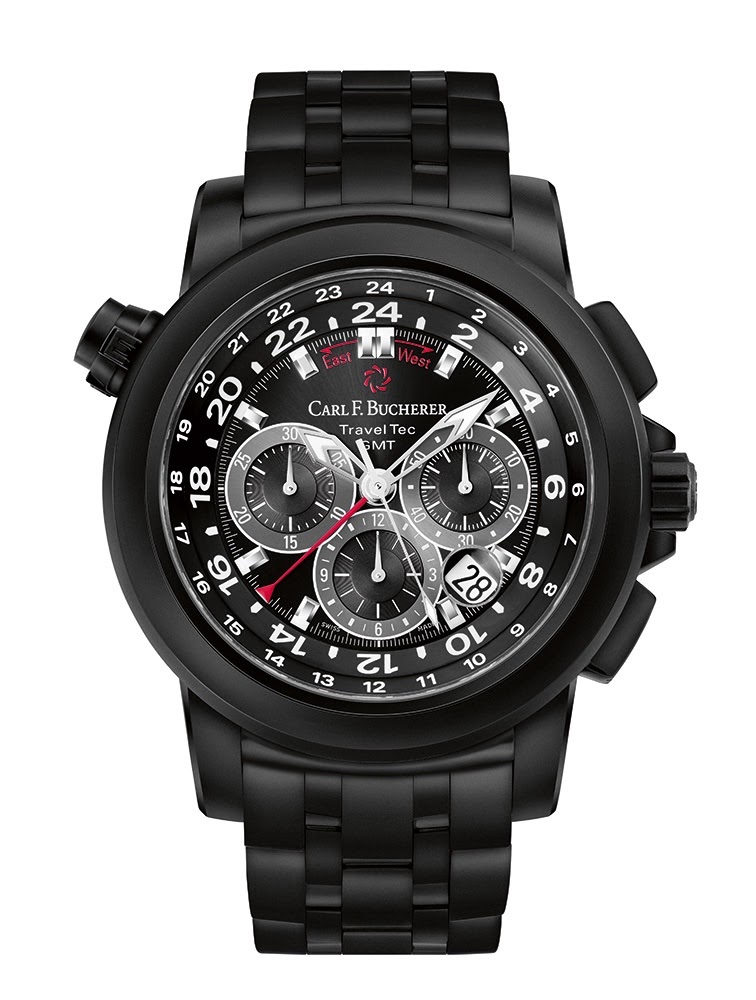 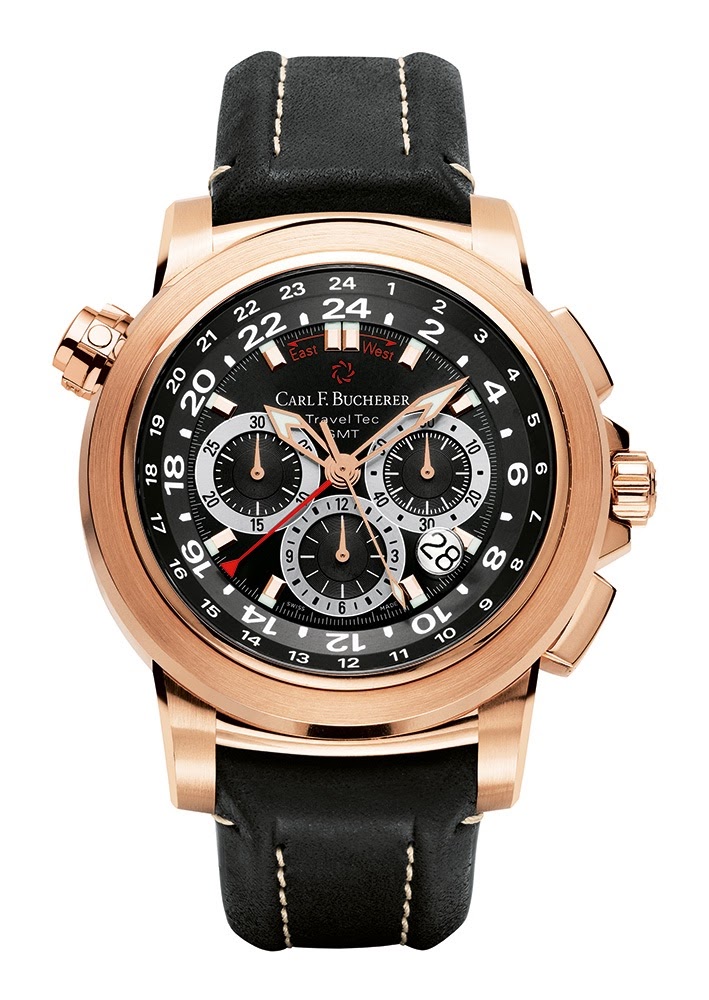 Carl F. Bucherer & John Wick Chapter 2: Coming to a theater near you!

By: JToddH : February 9th, 2017-18:36
On Friday, neo-noir action flick John Wick Chapter 2 will explode into theaters around the globe with a string of appearances by the watches of Carl F. Bucherer. A follow up to 2014’s blockbuster, John Wick Chapter 2 is the seamless continuation of the st...
login to reply

I have been wearing CFB a lot longer than Keanu Reeves

By: MichaelC : February 9th, 2017-18:48
Can't speak about his acting, but the watches have always been outstanding, even if not so popular among PuristS. ...
login to reply

By: JToddH : February 10th, 2017-03:50
Yeah, I think because they are a smaller brand, they focus more on design and production and less on hyping the brand. I too have worn Bucherer for years and I\'m in awe of the fit, finish and overall quality.
login to reply

I just got home after seeing this movie

Glad you enjoyed it!

By: JToddH : February 14th, 2017-11:59
Wearing a Bucherer today, in fact. It's one you won't see in the movie or even the CFB catalog. Finishing up my photos and post to debut here on PuristSPro. Another world premiere! ; ) ...
login to reply

I saw this movie yesterday.

By: TheMadDruid : February 14th, 2017-12:13
I don't think it was as good as the first one, but it was still enjoyable. The body-count was awfully impressive!
login to reply

By: allenwalker009 : September 12th, 2020-22:26
Hello there, I know this was quite awhile ago so I don't know if you'll respond but I wanted to ask if you still had the premiere ticket. If you do would you be willing to sell it?
login to reply

By: JToddH : September 16th, 2020-05:08
All the premiere SWAG is part of my collection from the three Premieres. Stay in touch, and should I be invited to the John Wick IV Premiere, I can make it a point to score you some SWAG. Just out of curiosity, why the interest in JW Tickets? Best, Todd
login to reply

By: allenwalker009 : September 16th, 2020-13:39
John Wick 2 is one of my favorite movies particularly because it was one of the last movies I saw with my father before he passed. So I just thought it would be nice to have memorabilia of that movie because of those memories. But I can understand not wan...
login to reply

By: Dr No : September 19th, 2020-10:51
. . . who's the nephew of the late owner of The Rainbow Bar and Grill. One evening Mantegna was a guest on a talk show, and Mario was practically bursting at the seams with pride letting us know he was Joe's uncle. So having met both you and the future Mr...
login to reply