Octo Finissimo got a new movement and Bulgari forgot to tell anyone? 🧐 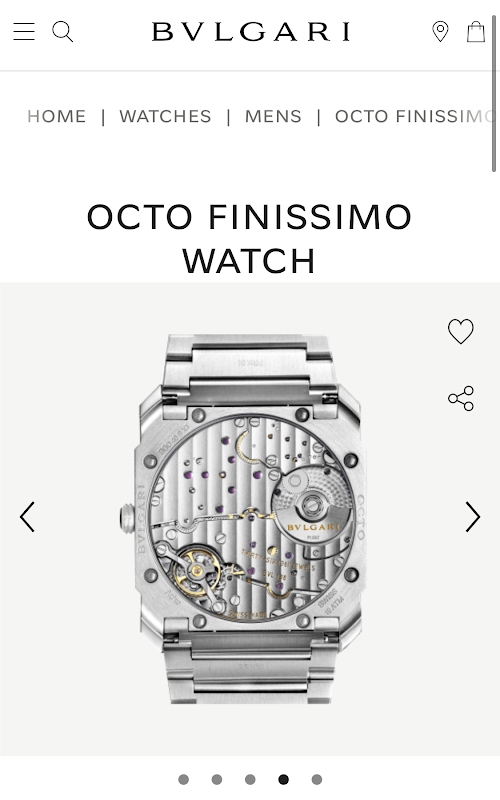 Screenshot from bulgari.com shows the old calibre 138 movement with 36 jewels. 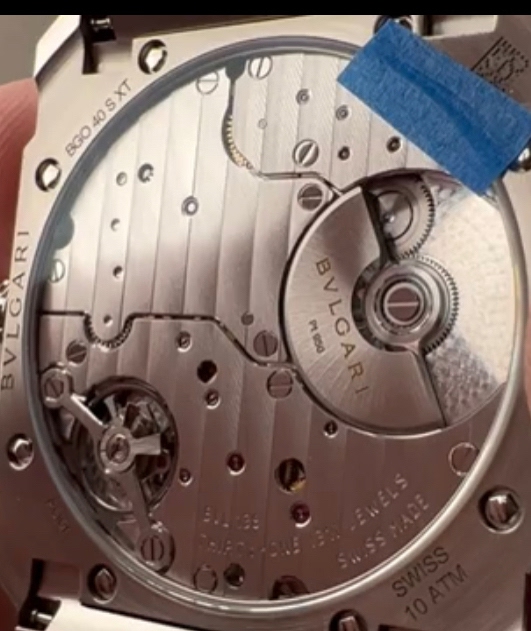 Screenshot of the new 138 movement with 31 jewels. 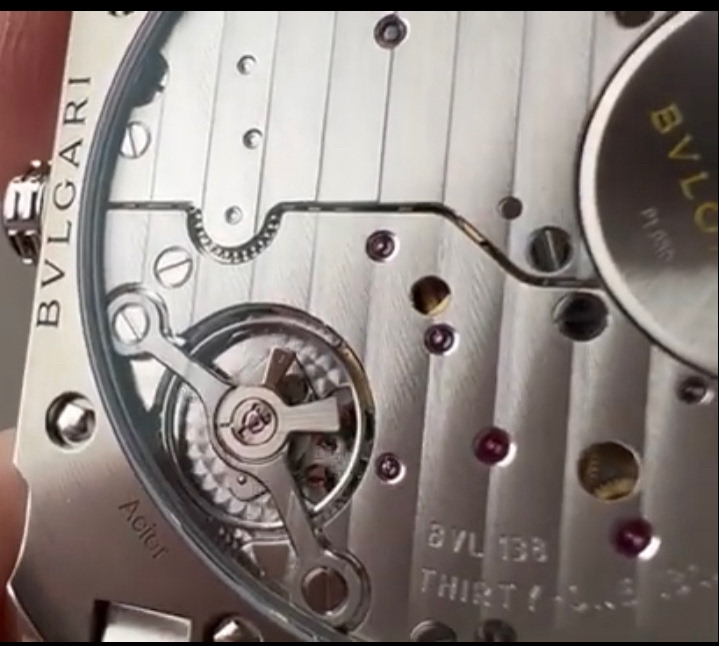 The bridges aren’t separated in the same places and the bevels and movement interior are less visible.
Both new movement screenshots taken from watch box reviews YouTube March 20 2022 https://youtu.be/ehzUheWaeDE
Bulgari made seemingly substantial changes to their movement, didn’t mention it (to my knowledge), didn’t change the calibre number and continue to advertise the old version as the movement various Octo Finissimos come with.
Interesting 🧐

Octo Finissimo got a new movement and Bulgari forgot to tell anyone? 🧐

By: oyster case : April 12th, 2022-01:37
Screenshot from shows the old calibre 138 movement with 36 jewels. Screenshot of the new 138 movement with 31 jewels. The bridges aren’t separated in the same places and the bevels and movement interior are less visible. Both new movement screenshots tak...
login to reply

Looks like you and I posted the same thing!

I beat you to it

Maybe the Tim Mosso version is a fake?

I looked into that

By: oyster case : April 12th, 2022-01:44
Don’t think so. Other micro rotor replicas look much different. Also, he said the finish is on par with other top brands.
login to reply

I believe the architecture was changed for reasons including durability and cost-cutting.

By: JoshTheCanadian : April 12th, 2022-02:09
Did you find the finishing on the new movement to be of a lower quality? Visually, it seems less arresting, and the bridges are far less ornate. The old movements were a cut above JLC, in my opinion.
login to reply

Definitely not a fake. But I'm glad you considered this!

By: patrick_y : April 12th, 2022-06:14
Because one day there probably will be a fake! Once the Octo Finissimo bandwagon takes off!
login to reply

So, since I am already working, I'm going to keep my lawyer hat on...

By: JoshTheCanadian : April 12th, 2022-02:07
Caveat - it is entirely possible that Tim Mosso's version is a fake. In this day and age, this is nothing short of shocking to me. It would be one thing to roll this movement out in a new watch - however, to put a "new" movement into existing lines withou...
login to reply

Agree completely Josh! It really is outrageous that they continue to show the nicer old version on their website...

Here’s a better pic of the original calibre 138

Am glad to have the 'old' version. Has been solid and reliable.

By: enjoythemusic : April 12th, 2022-02:56
Have taken her swimming to the beach many times, and our pool, plus there's the on/off road bicycling. So far she has been incredibly durable and keeps excellent time. Winding is fine too, stay active my friends. If the new movements turns out to be true,...
login to reply

The 10th Anniversary OF has kept the old version…

This is absolutely perplexing.

By: oyster case : April 12th, 2022-03:35
but I've watched that review a couple times. The watch is as real looking as it gets. Tim has already commented in the thread with some additional info.
login to reply

The “new” movement appears to be similar…

Sad to see how some brands are taking advantage of a hot market but glad the community is keeping an eye out!

By: oyster case : April 12th, 2022-06:16
Just checked the Bulgari website they show the new version on the anniversary model. ...
login to reply

So it looks like the anniversary had both movements?

Hmm. Bulgari is probably trying to address some of the little quirks of the old movement...

By: patrick_y : April 12th, 2022-06:03
The old movement, the one with more jewels, didn't wind perfectly, as almost all automatic winding micro rotors suffer. It's not a problem unique to Buglari. A lot of micro rotors have winding issues. Thus, some clients would complain the movement would s...
login to reply

Those are reasonable and valid points. But to keep the same calibre number...

By: oyster case : April 12th, 2022-06:20
show the old version in website descriptions and even, seemingly, put both into the anniversary model without any mention? It's hard to understand.
login to reply

Agreed. It was definitely a very covert move...

By: oyster case : April 12th, 2022-16:36
Contrary to your thread where you thank him for initially pointing out the changes, he made no mention whatsoever. Just to clarify. Whether he was aware of the alterations at the time of the review is not known.
login to reply

Oh. I thought he identified the changes.

By: patrick_y : April 12th, 2022-16:45
The other threads cited they found out through Tim’s video and I must have made the incorrect assumption that Tim mentioned it. Oops. Sorry! Thanks for straightening out the record there!
login to reply

By: oyster case : April 12th, 2022-17:20
So, thought it important to clarify that instead of praise perhaps some criticism is more appropriate, assuming he was aware of the changes.
login to reply

By: patrick_y : April 13th, 2022-02:50
And especially on Watchbox, a platform with the intention of selling a watch, one has to assume they will naturally never be critical of their own product in a video. It's neither the place nor the time, and the questions it raises wouldn't be able to be ...
login to reply

By: oyster case : April 13th, 2022-17:58
I’m guessing he wasn’t aware it was new. As for the rest, the issue with this, as has been repeatedly stated by many, is that major changes were made, without mention, without any numerical or alphabetical alterations and that the Bulgari website pictures...
login to reply

By: patrick_y : April 14th, 2022-02:31
Patek Philippe had made a modification from the 315 to the 324 movements. They were relatively minor. But enough for them to make a new caliber number for it. The two movements look physically the same to my eyes. These Bulgari movements to me looks somew...
login to reply

It was easy to see, but I'm not sure there's a functional change here.

By: Tim_M : April 20th, 2022-01:36
In videos, I try to focus on functional changes that alter how the product works or ages during use time. Also, it's not clear to me when this running change was made, and I like to link changes to identifiable model years or production periods. The chang...
login to reply

It does appear that the micro-rotor is substantially larger in the newer model.

By: MiguelFlash : April 12th, 2022-11:31
I am very happy with the original movement on mine. Beautiful. If Bvlgari made changes to improve the movement it should be transparent. But in my opinion the original is much nicer looking.
login to reply

By: Tim_M : April 21st, 2022-02:19
Particularly with the larger winding rotor, I get the feeling that some of these changes might be driven by the desire to use the BVL138 as a tractor movement for complications. With the perpetual calendar launched and more complications likely, it is pos...
login to reply