Aug 22, 2014,16:20 PM
Paris, the City of Light is known for its architecture, the food, the shopping, museums, culture, and even for being a romantic destination.  It is one of the top destinations for romantic getaways and honeymoons.
It's also a place for car lovers.  The French capital has no shortage of expensive cars; from the standard-of-the-world Mercedes-Benz S-Class, to all of the famous exotics.
Right off the Champs Elysees on George V in the 8th Arrondissement, The George V Hotel is currently managed by the Four Seasons Hotel Group and is probably one of the swankiest hotels in Paris.  Adjacent to the George V Hotel is the Prince De Gaulle, another 5-star hotel.
It is also a hotel that is a favorite of not only wealthy travelers, but also of well-heeled locals. 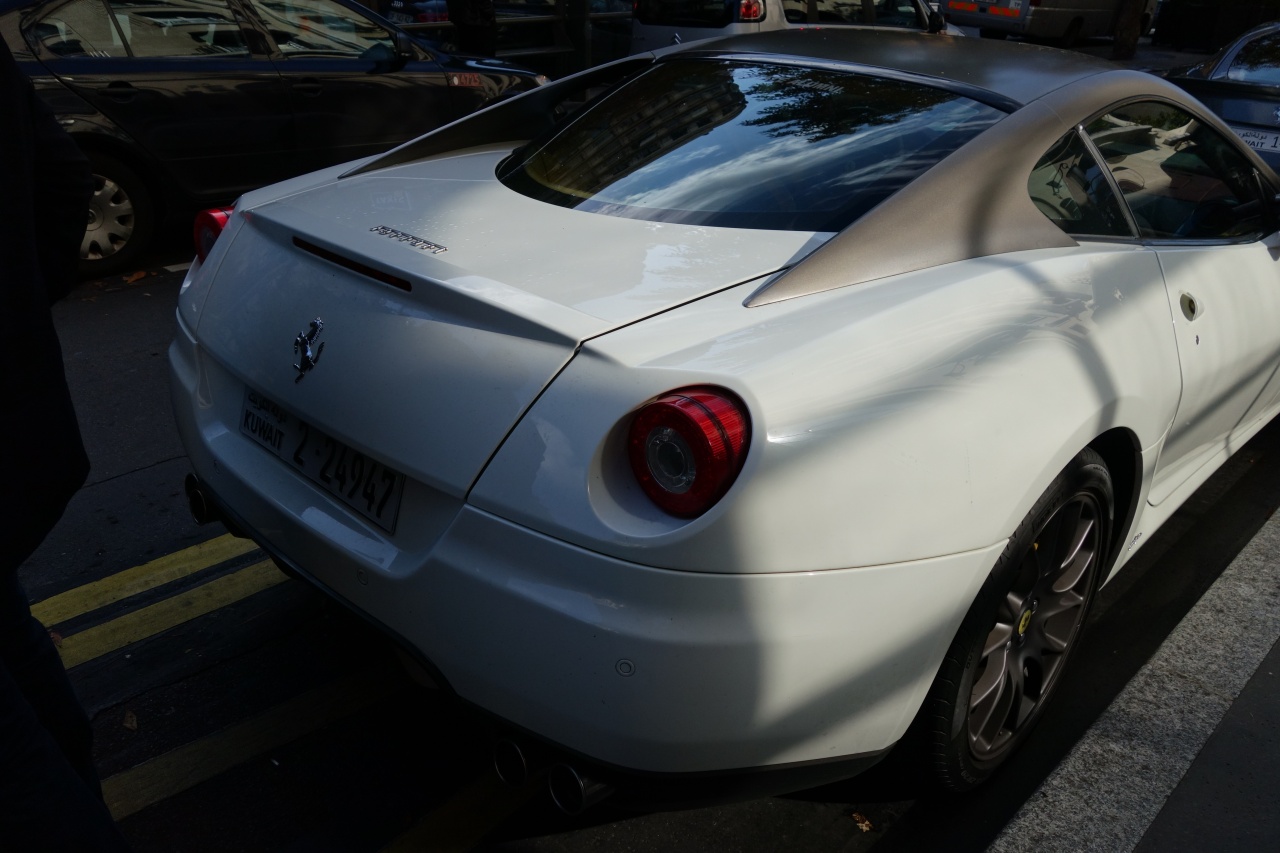 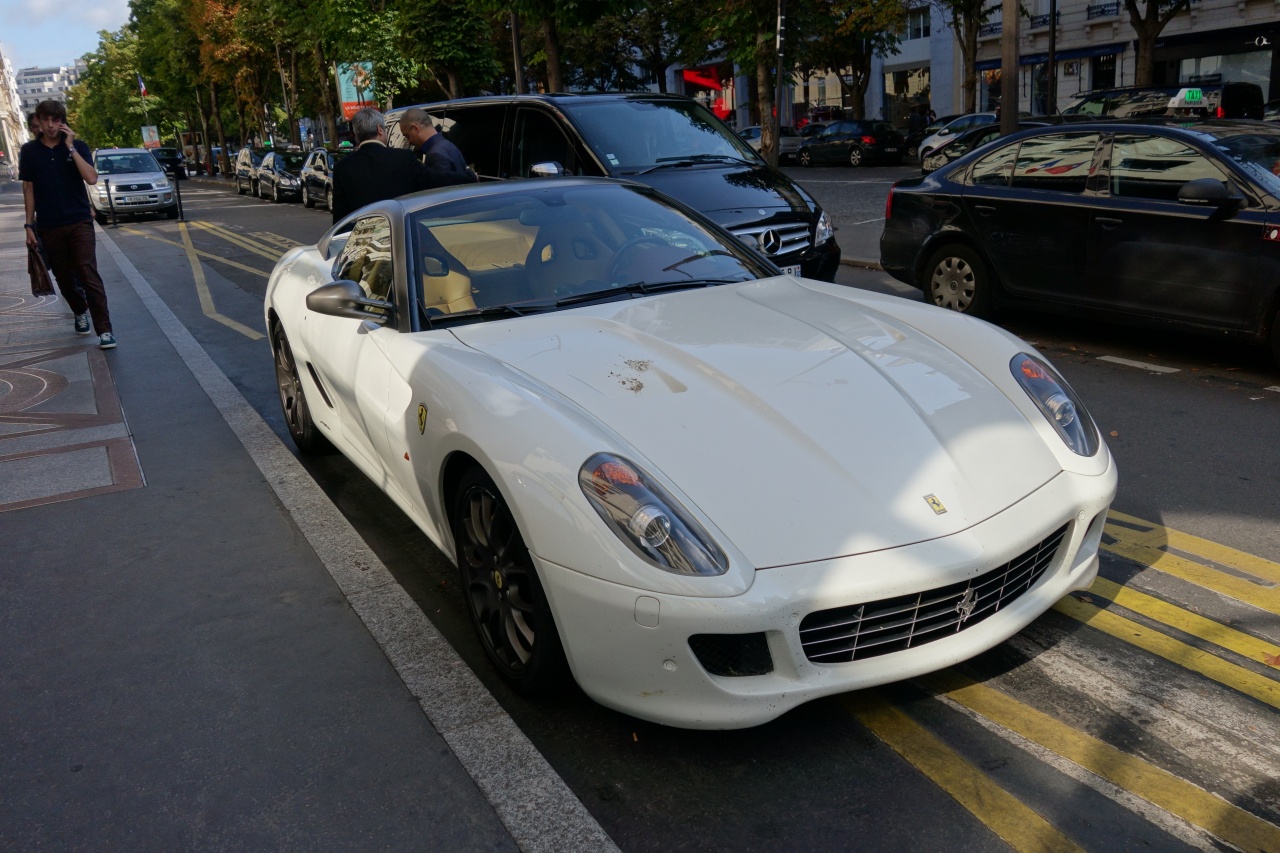 We may think Ferrari cars are special cars.  But birds don't think so...  Just another car to the bird, hence the indiscriminate bird droppings... 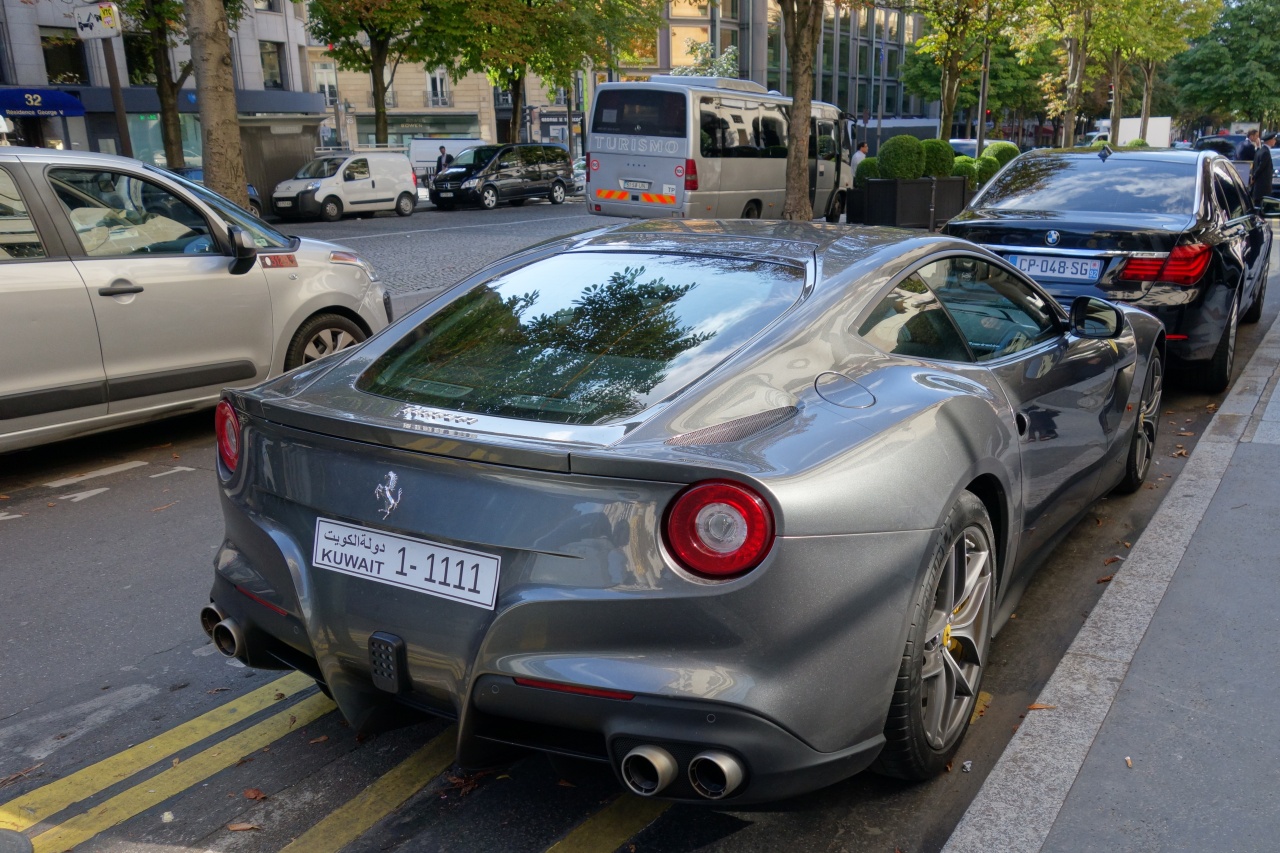 This is the new Ferrari F12!  Also a Penn State University alumni (maybe same person or classmates?) with Kuwait plates.  Notice the number on the plates.  This vehicle's owner is certainly someone special to have such a number. 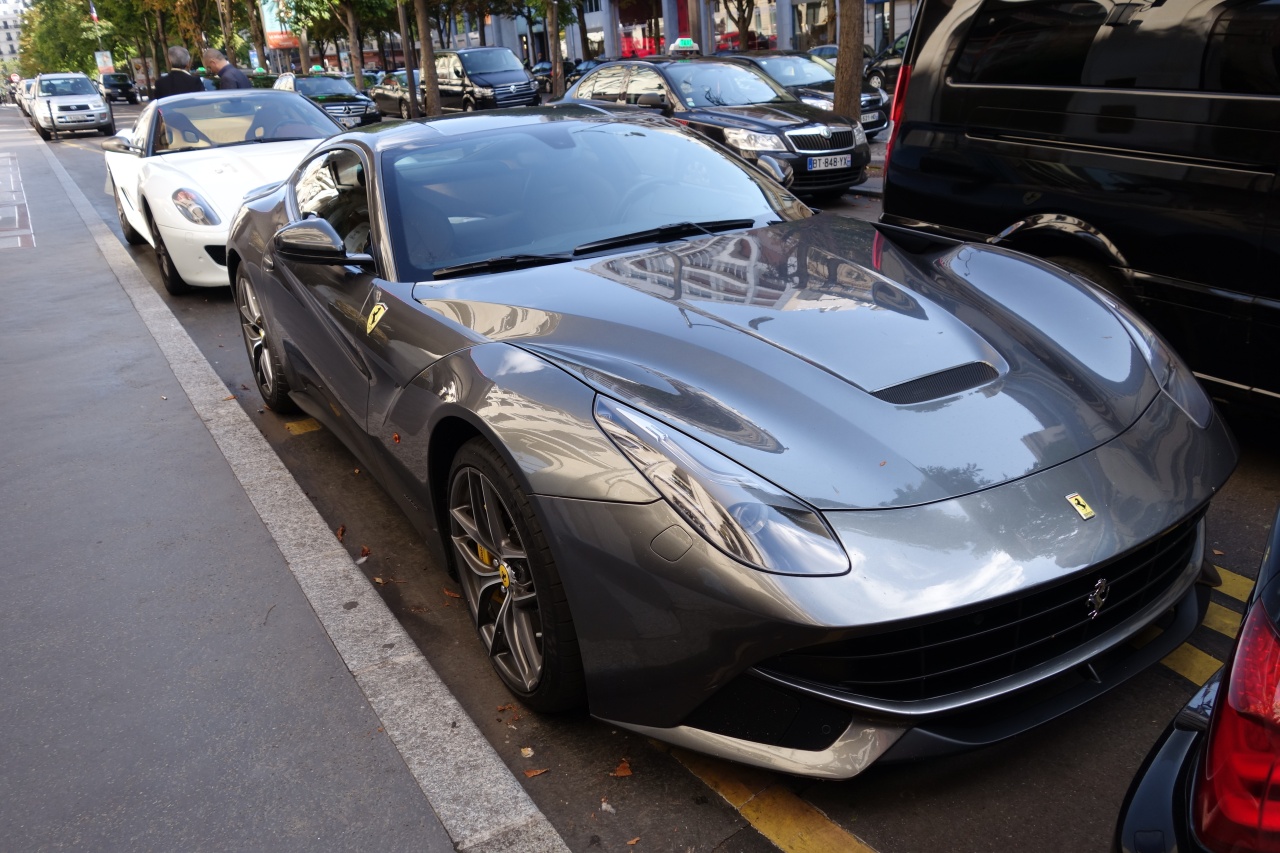 For more information about the Ferrari F12 and how it compares with the Ferrari 599, please visit this page...
automotive.watchprosite.com 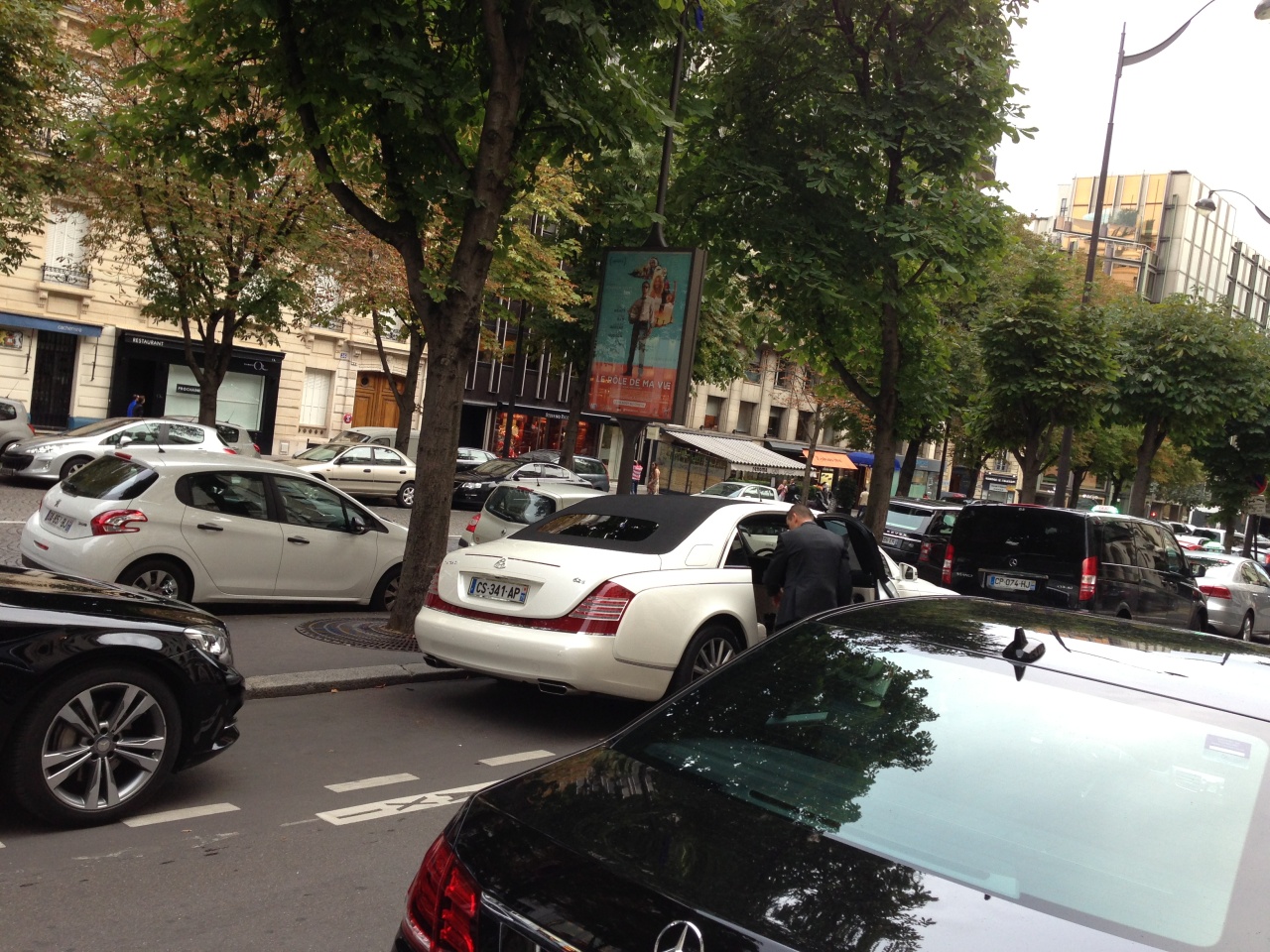 Finally!  One with a French number plate!  This is the Maybach Landaulet 62S.  The rear section of the car is a convertible!  A very very rare car.  I think this is the first time I've seen one. 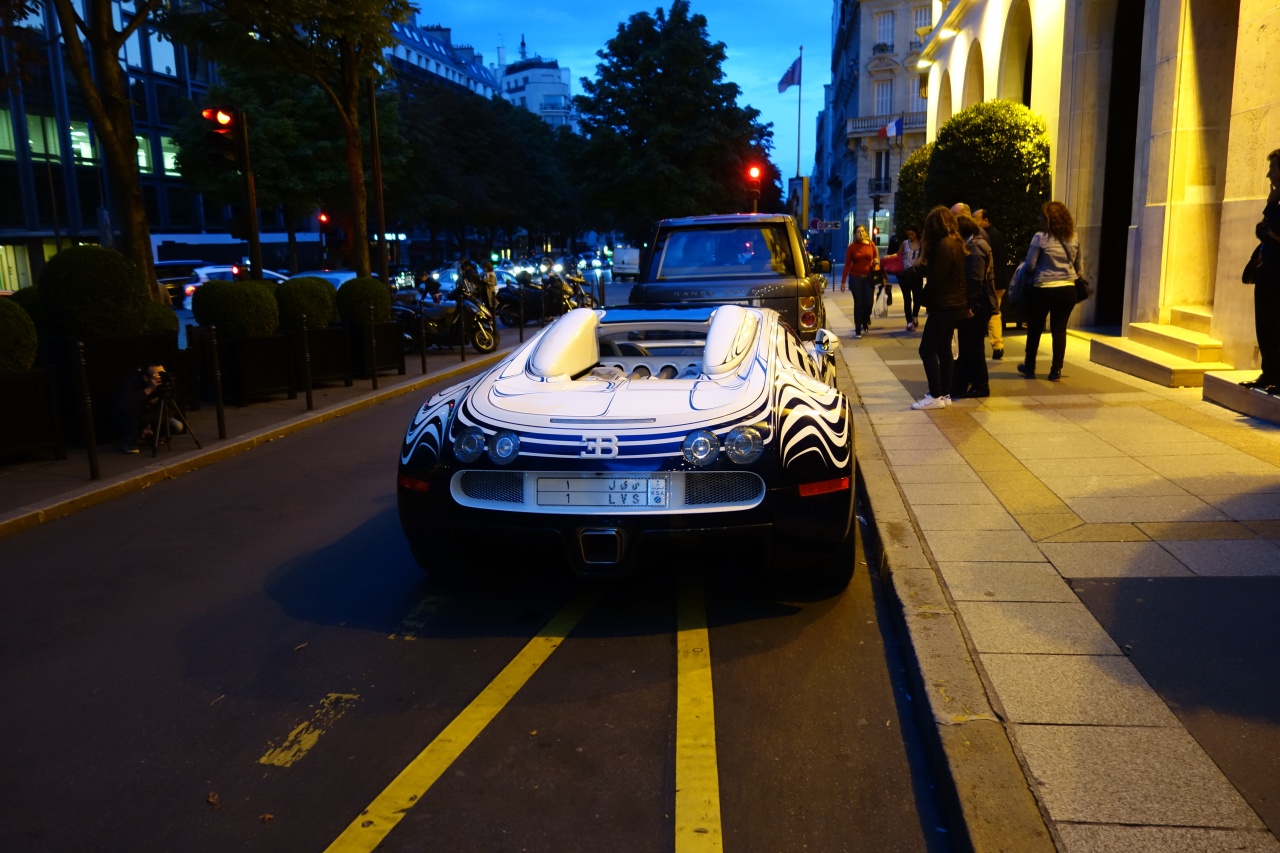 I unfortunately didn't get a photo of the Ferrari La-Ferrari that was parked in front of the hotel.  It also had a KSA plate and the number 1 on the plate, like the plate above. 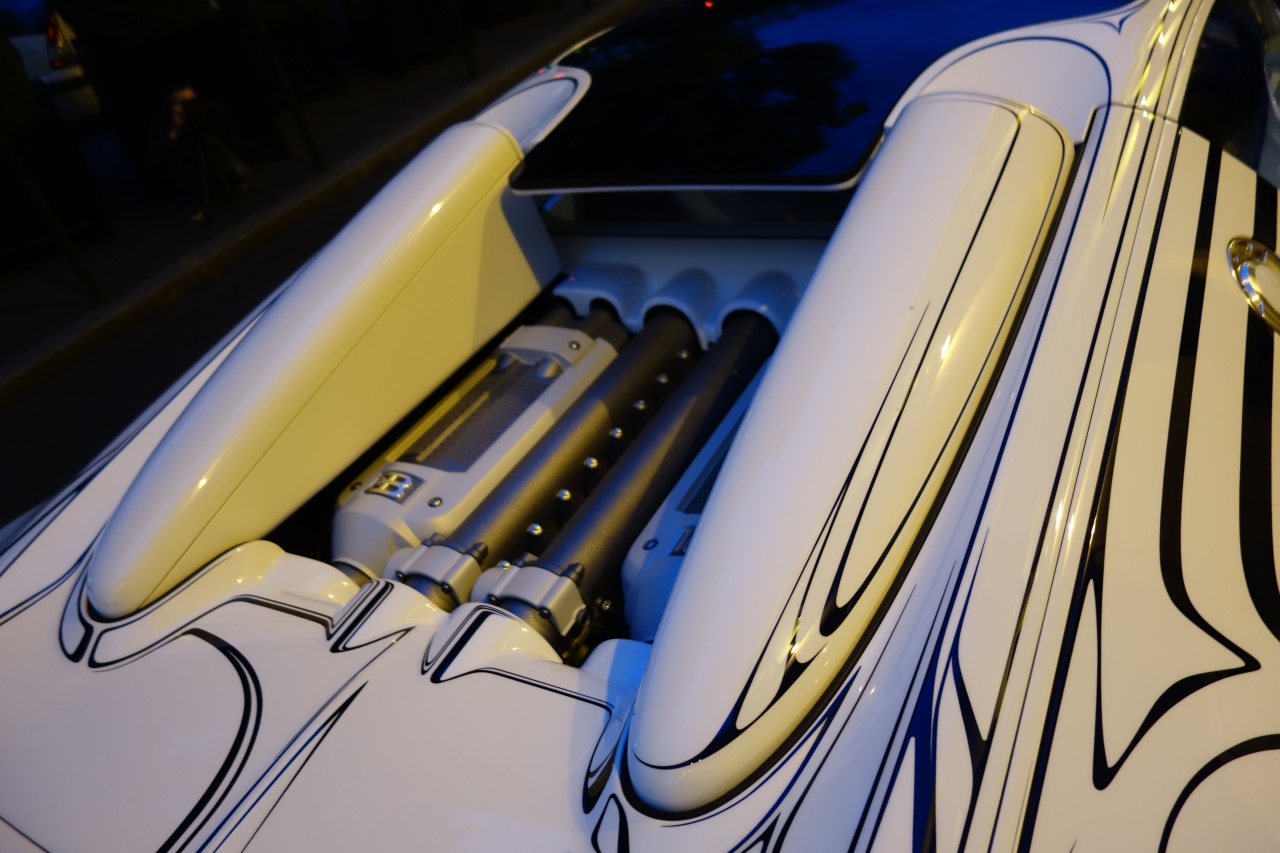 But I did get a photo of the Bugatti Veyron L'Or Blanc Limited Edition...  This car has a paint scheme designed by KPM (Konigliche Porcelain Manufactory, a German porcelain company currently headed by former A. Lange & Soehne Japan President, Dr. Peter Kessellmann).  It's designed to resemble a vase. 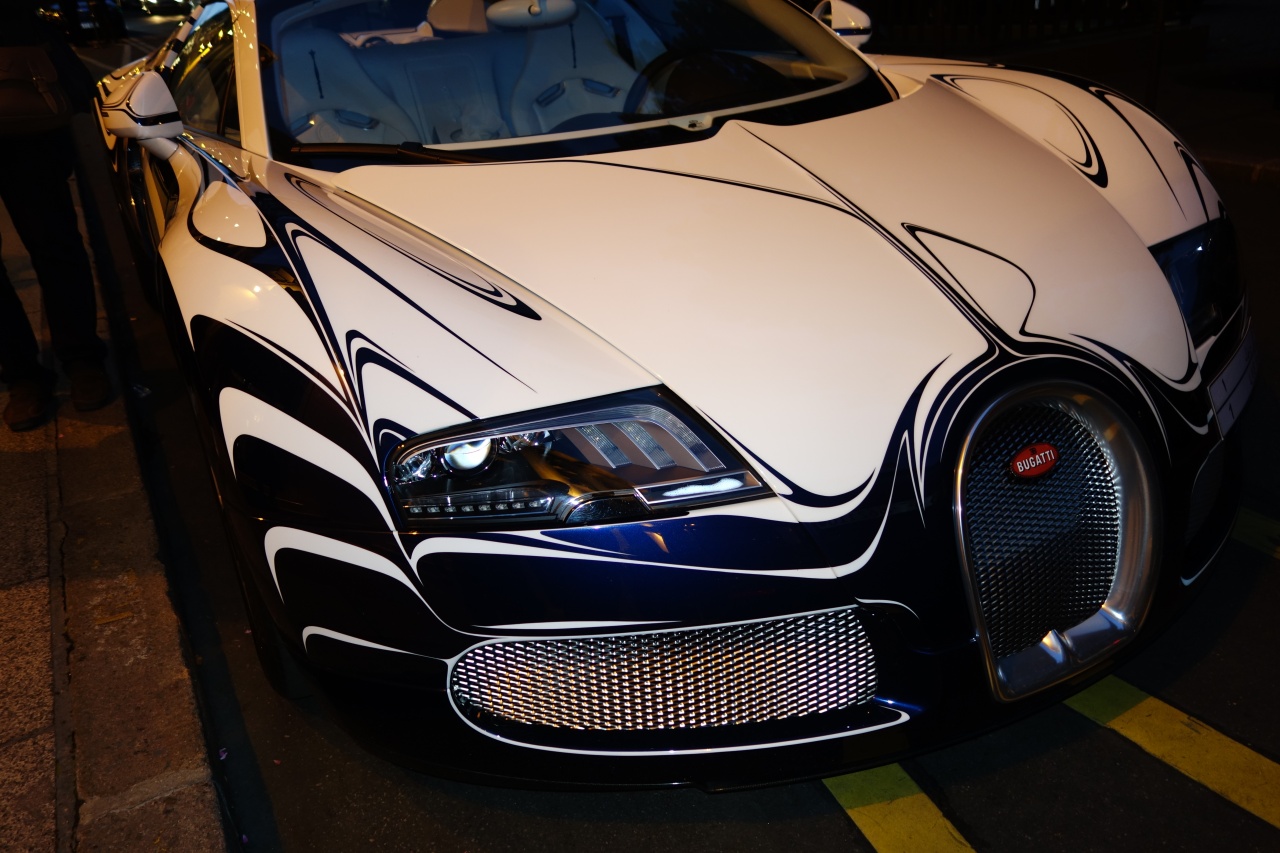 The car's exterior paint design may not be to everyone's taste, but in reality, it's beautiful and a work of art.  And if you have multiple cars in your garage, you'd probably want a work of art. 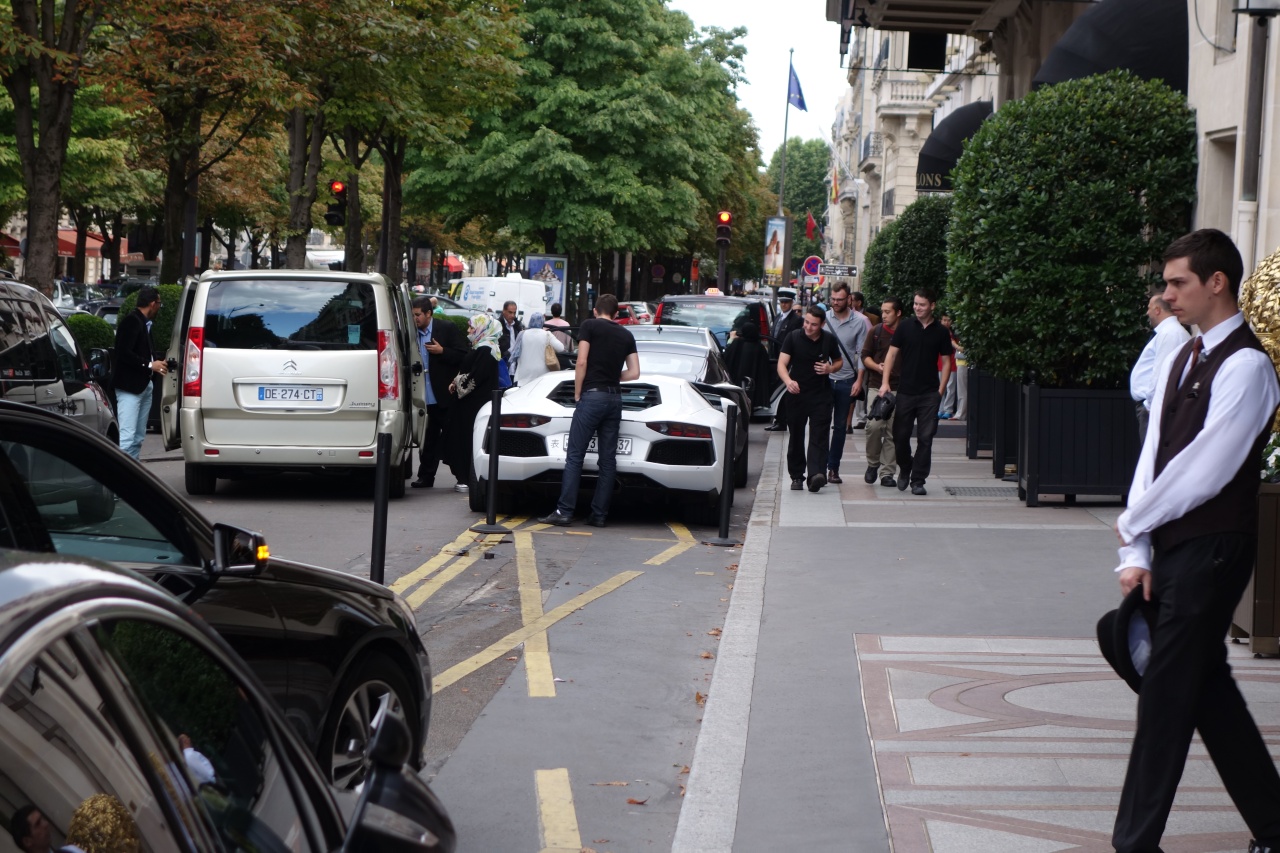 Lamborghini and Lamborghini, and there was an Audi R8 that you cant see in the photo.  The porter at the Prince De Gaulle hotel (pictured) probably sees more exotic sports cars than anyone else in all of France.  In fact, the only person who beats him may very likely be the employees at the car factory!
For a review on the Lamborghini, please visit:
automotive.watchprosite.com
Visit the BMW showroom on George V as well!
automotive.watchprosite.com
Thank you for viewing what the street looks like on the George V in Paris.

By: patrick_y : August 22nd, 2014-16:20
Paris, the City of Light is known for its architecture, the food, the shopping, museums, culture, and even for being a romantic destination. It is one of the top destinations for romantic getaways and honeymoons. It's also a place for car lovers. The Fren...
login to reply

Yes, there are some great gathering of somptuous cars in Paris.

By: amanico : August 22nd, 2014-23:18
But there was one place which was the epitome of Automotive Museum: The Place Vendôme Parking. Before it burnt.. All the nice cars were there! Best, Nicolas
login to reply