Another car which made me dream: Alfa Romeo Montréal.

A nice body, an interesting engine, I almost pull the trigger several times... 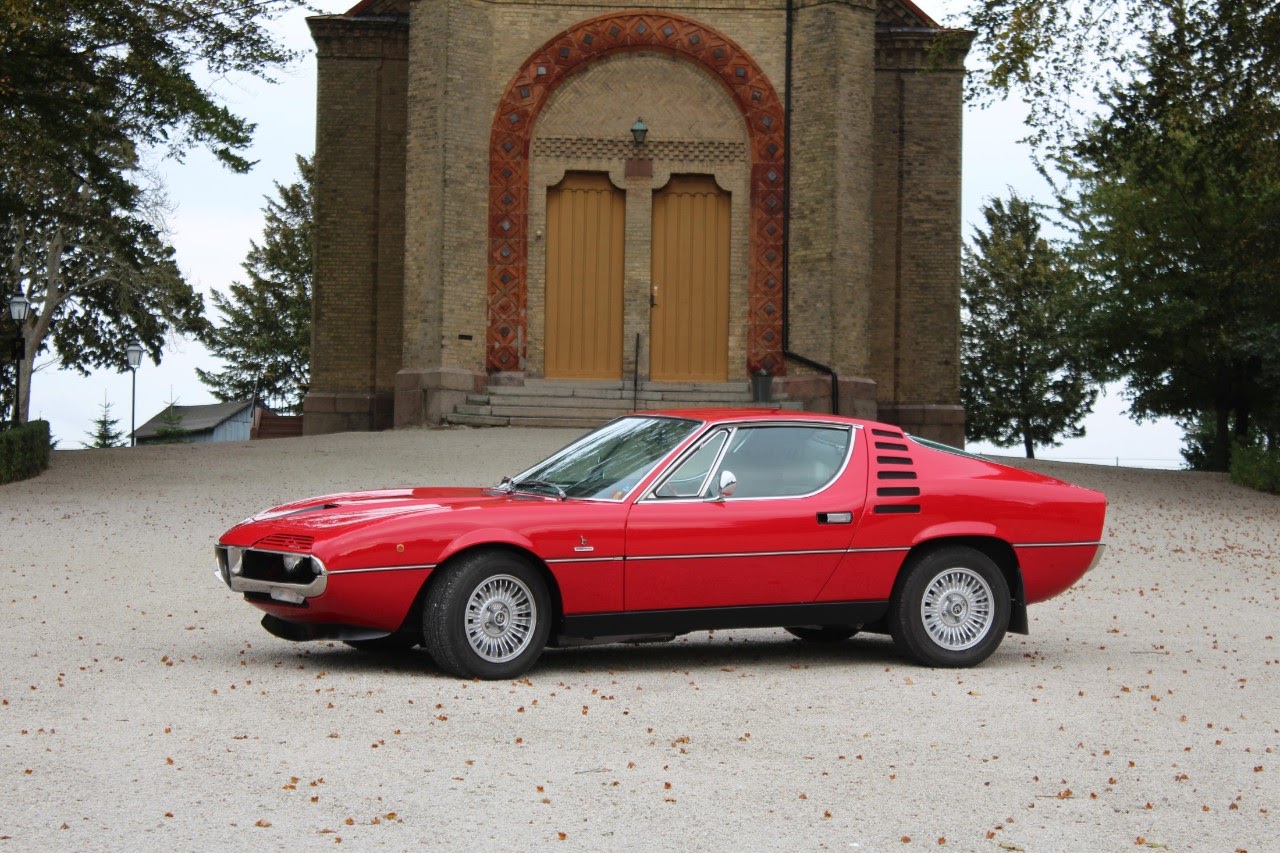 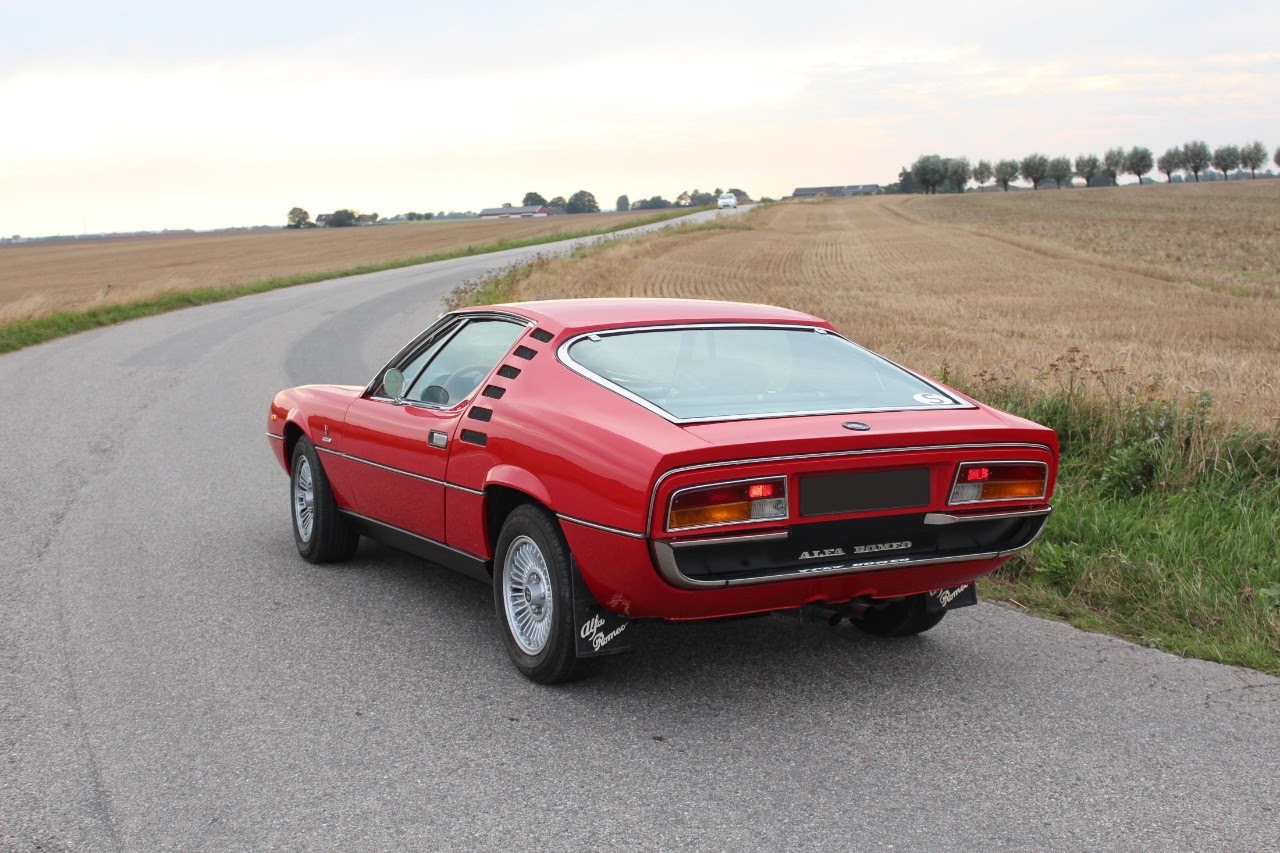 Another car which made me dream: Alfa Romeo Montréal.

The prices have taken off seriously these last years. From the affordable some 6 / 7 years ago, it is now quite an expensive car. And I had some hesitations about the reliability of the engine...

By: Cpt Scarlet : August 15th, 2019-00:51
The only problem with owning one is, it uses a mechanical fuel injection system made by SPICA an Italian company and it’s notoriously complicated to maintain. Many cars have had it replaced with carburettors. In my opinion this spoils the originality and ...
login to reply

I heard something like that. And saw several with carbs... Instead of their injection, but this is not the only car to have that... [nt]

Yes, but it’s this one in particular...

By: Cpt Scarlet : August 15th, 2019-01:05
You need someone that has a deep knowledge of these old systems. Mechanical fuel injection is prone to fuel leaks and needs regular use to keep all the seals supple. Very few people understand this.
login to reply

By: berlin90 : August 29th, 2019-11:48
Wes Ingram in Washington state is THE AUTHORITY on Spica systems....give him a shout should you decide to purchase one of these
login to reply

There exists a SPICA specialist...

By: JLCman : September 12th, 2019-01:37
...in Switzerland. A true master of art who is able to bring your Montreal Spica injection back to a better than new state ;-)
login to reply

My Favorite Alfa Romeo design, I love the interior and instrumentation on it....

Owning classic cars can be a bitter sweet experience [nt]

That's why for me, reliability is a major point. [nt]

Never saw one of these

Saw this at a local gas station in New Jersey, USA not long ago .....

Cool! Thanks for posting. [nt]

By: tactictac : August 15th, 2019-08:24
Originally it was intended to receive a rear central engine to compete , Ferrari, Maserati, Lamborghini ecc then for budgetary reasons it ended up with a front engine... too bad.
login to reply

A rare car in North America...

By: kkochheiser : August 15th, 2019-15:40
Never officially imported. Back in SoCal, my mechanic had one and cared for others and knew where to source parts. His was quite reliable. More of a cruiser than a sports car without some suspension work but quite nice. The SPICA injection is well support...
login to reply

Thanks for your feedback. Yes, it more more a GT than a sports car. [nt]

By: Wojo : August 15th, 2019-18:51
If you have the means, I suggest you go for it. Once the fuel injection is set up correctly, the Montreal is a dream. I always fantasized about putting that V8 into a GTV6 body. Here is one from a recent Alfa show I was at ...
login to reply

By: berlin90 : August 29th, 2019-11:50
Wes Ingram in Washington state is THE AUTHORITY on Spica systems....give him a shout should you decide to purchase one of these...I have owned many GTV cars with SPICA and Carbs...when running correctly the SPICA is a joy.....I love these but prefer other...
login to reply

Thanks for your feedback, Berlin. [nt]

Sadly the prices for this car have taken off... [nt]

They have become too expensive these days

By: VinnieD : September 11th, 2019-13:54
The interior is seriously funky! Give me an orange or gold one with velours interior (not a fan of the green), just for one sunny day. I can imagine owning one is mostly frustrating, expecting a repair to be completed.
login to reply

Yes, I was very tempted at a moment they were really affordable, but the problem of reliability made me stay away... [nt]

saw one years ago

My friend owned one for a couple of years

By: everso : October 17th, 2019-08:37
The Montreal is easily one of my favourite Alfas along with the Junior Zagato. He said it was a really good car to own and drive but that after you get past the glorious design; the driving experience was like a cross between a V8 muscle car and other Alf...
login to reply

I think you summed it well. Not a sports car, but a good GT. [nt]