Achates Opposed Piston engine (a bit like a resonance watch?)

Today I read about a company based here in San Diego (and Detroit) which is developing 1-3 cylinder engines to work in hybrid vehicles and military or commercial applications (like Auxiliary Power Units, compressors, generators, etc). Earlier in the 20th century these engines were common in aircraft and large marine vessels, but have disappeared like many other alternative powerplants.

Achates design improvements are in multiple areas -- 2 stroke (no valves), compression ignition (no spark plugs; able to run on many different fuels) and boxer pistons (no cylinder head). Both supercharging and turbocharging are used to maximize efficiency, and the engine already exceeds global standards for low emissions. 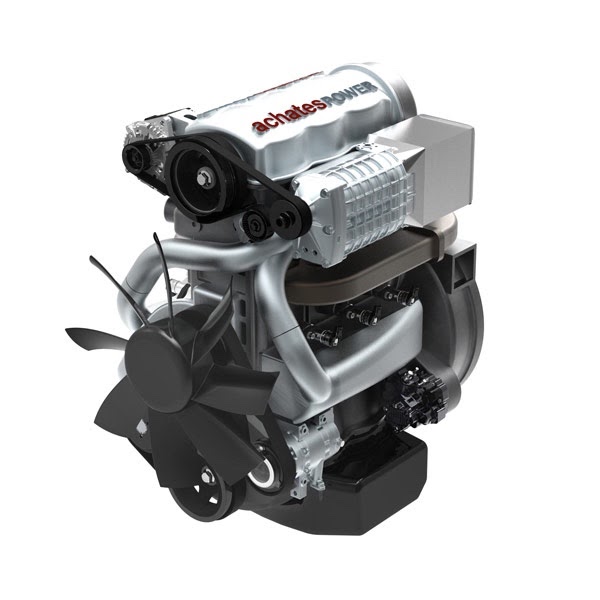 I can see some of you scratching your heads -- is this like a mechanical watch with no escapement? No, the combustion chamber is "in the middle" of a long cylinder where two pistons meet (there is a crankshaft at either end). Fuel is sprayed in from the sides of the cylinder.

Here's a video that shows a lot more about the engine's operation.

Is there still some life in the internal combustion engine? I am afraid so - having had hybrids, full electric and investigated hydrogen ... I think we still need vehicles that are affordable and fueled through conventional carbon fuels. There's not enough charging capacity in the world to convert everyone to clean energy in the next few decades (my opinion).
What do you think?
Cazalea

Achates Opposed Piston engine (a bit like a resonance watch?)

By: cazalea : April 15th, 2019-09:37
Today I read about a company based here in San Diego (and Detroit) which is developing 1-3 cylinder engines to work in hybrid vehicles and military or commercial applications (like Auxiliary Power Units, compressors, generators, etc). Earlier in the 20th ...
login to reply

By: VMM : April 15th, 2019-12:22
I really would like to see present and future applications for that kind of engine. Thanks for sharing. Vte
login to reply

Almost like an inverted flat 6 ?? If you make it a `flat` one you can put a driveshaft on either side of the block, each to its own cam, for 4 wheel drive. Smart motor ;-) [nt]

But the oil would fill the chamber

By: cazalea : April 16th, 2019-22:17
They’d have to re-engineer a horizontal configuration. Cheers Cazalea
login to reply

This reminds me a bit of the old Detroit...

By: xtype : April 30th, 2019-13:32
...diesel engines. 2-stroke compression ignition and you guessed it, supercharged AND turbocharged. powerful four cylinder. Lovely sound too: https://m. There were also some aircraft engines like this.
login to reply

If you do not link both crankshafts together, don't you end up with some sort of duomètre? 6 cylinders and two strokes does not sound very economical... best, É. [nt]

By: cazalea : May 2nd, 2019-14:51
The added economy comes from efficiency of combustion. Remember a typical internal combustion engine is only about 25% energy efficient. Achates can achieve 40% due to much higher compression (like a diesel), less energy lost to valve train, etc. better m...
login to reply