NOT fashionably retro, but gracefully aged...

My rectangular AP Royal Oak Ref. 6005ST from 1977 was a rare and lucky find earlier this year, clearly forgotten by most and hence not much talked about - but not without its charm and merits trying to diversify a design that was set to become a beacon of the steel sports watch.
There were only a handful of rectangular versions of the Royal Oak line, all produced between 1977-1985, many of them in the then-fashionable bi-color steel/gold, but all of them equipped with different Quartz movements...
While the octagonal 5402 was diversified into several lines making it either more sporty, more complicated or somehow more sophisticated, all of the rectangular versions show a distinctive elegant signature, being very slim and rather dressy.

A few interesting aspects of this first generation AP Quartz Calibre 2511, produced 1977-1980:
- high energy requirements of the movement
- after the ban of mercury-based batteries for ecological reasons, the electrical capacity has been halved and modern batteries' lifespan won't exceed 12months operation (they say)
- pulling out and turning the crown only operates the hour hand; in order to move the minutes, a toothpick has to be used to press an inverted button hidden in the center of the crown, essentially electrically moving the minute hand forward, synced with the hour hands!
- no date (meaning: beautiful!)

A few months after dropping this piece off at the seemingly surprised AP Service Centre here in Singapore, I received it back last week - it went through a thorough refurbishing in LeBrassus. And it was well worth their efforts, in my humble opinion... Thank you very much AP SC!
Hope you enjoy the photos! 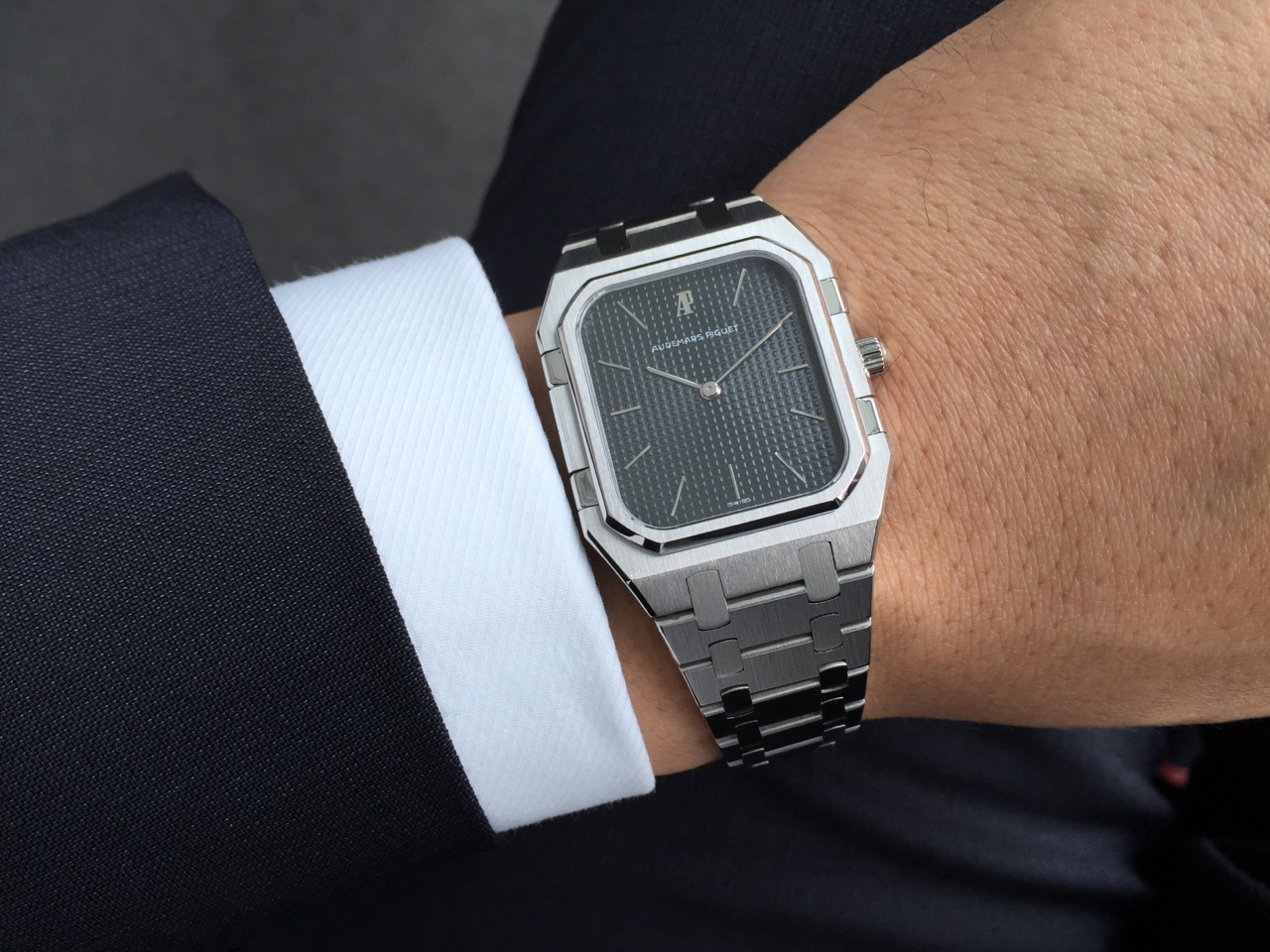 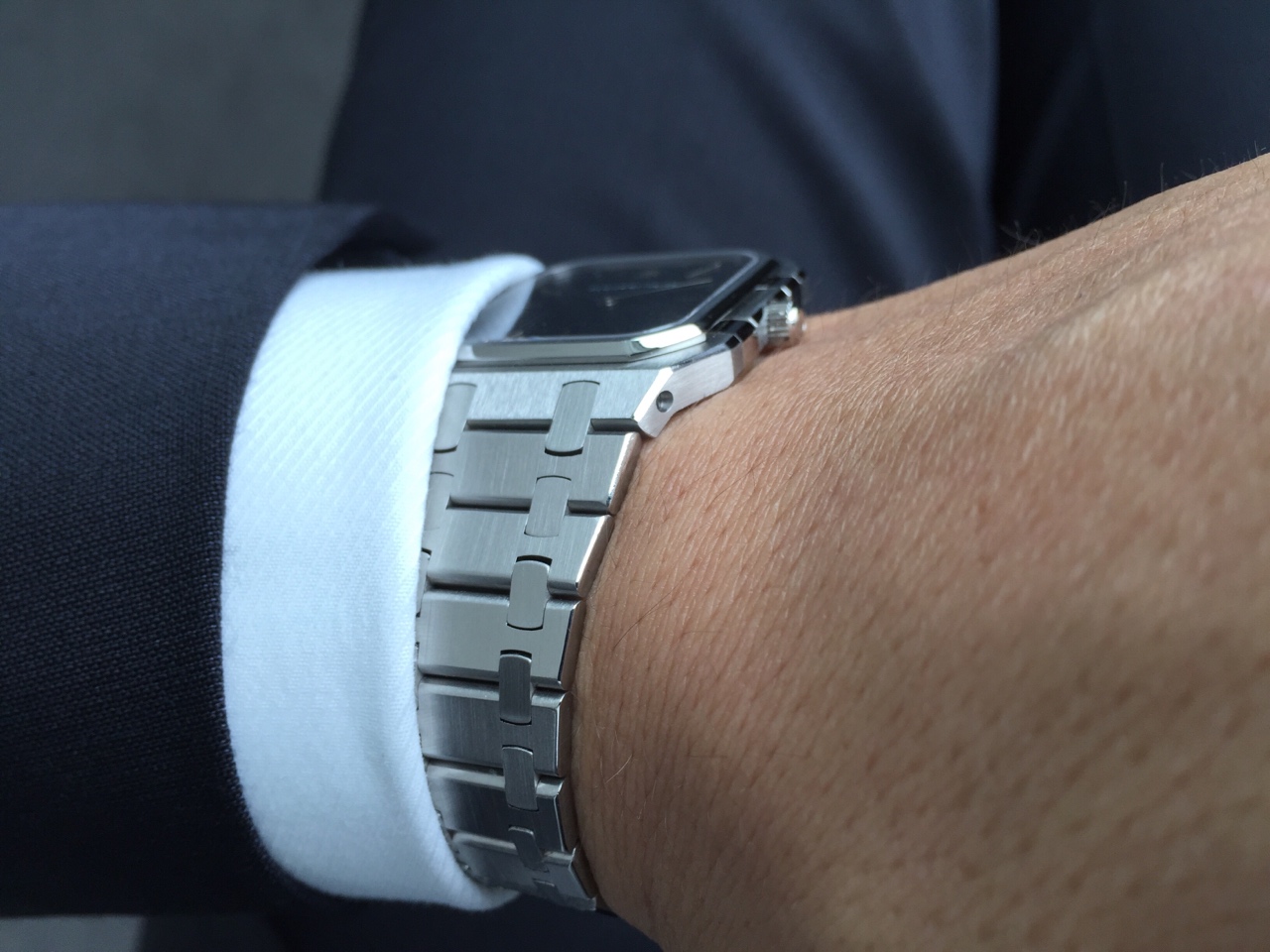 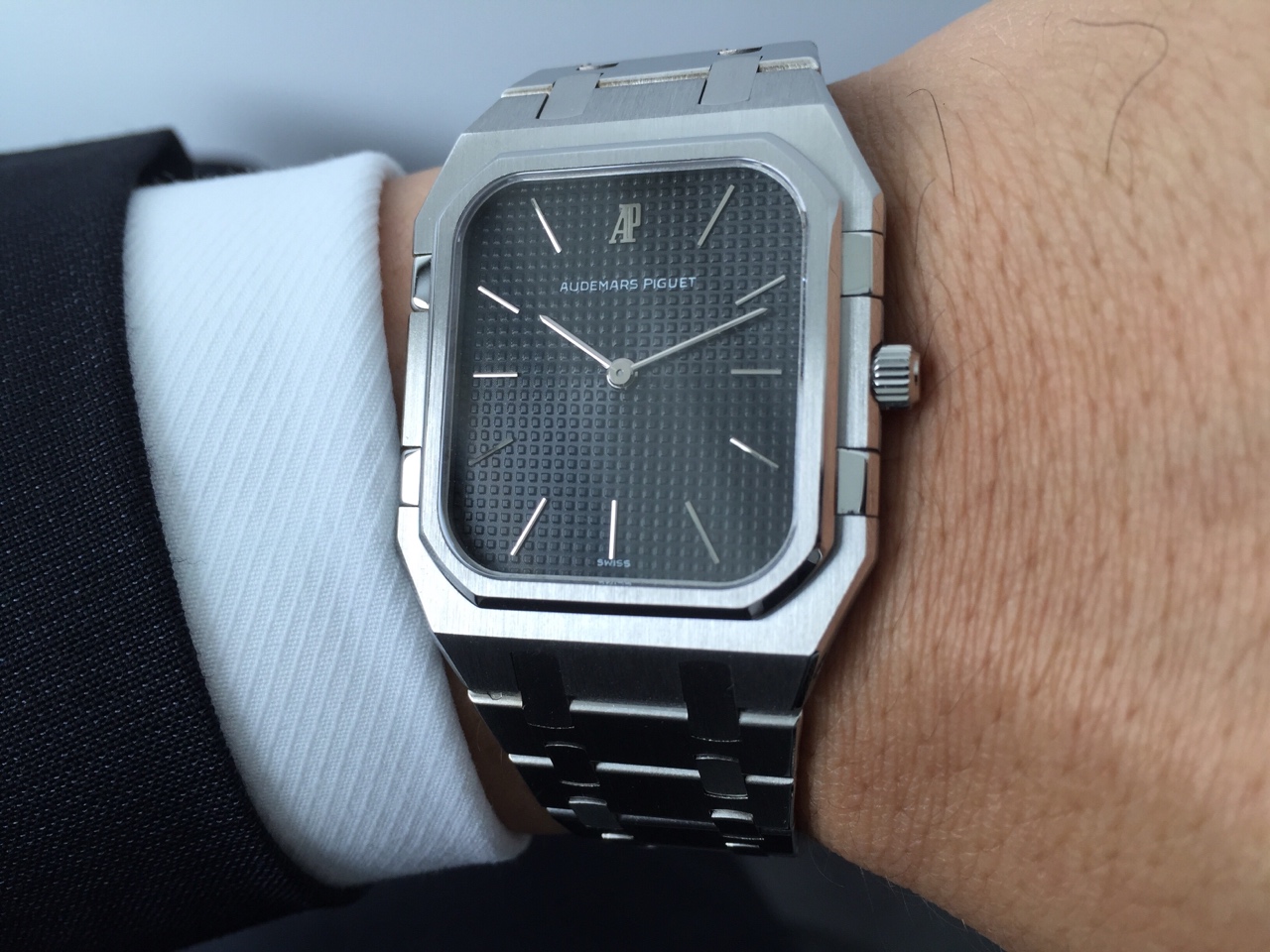 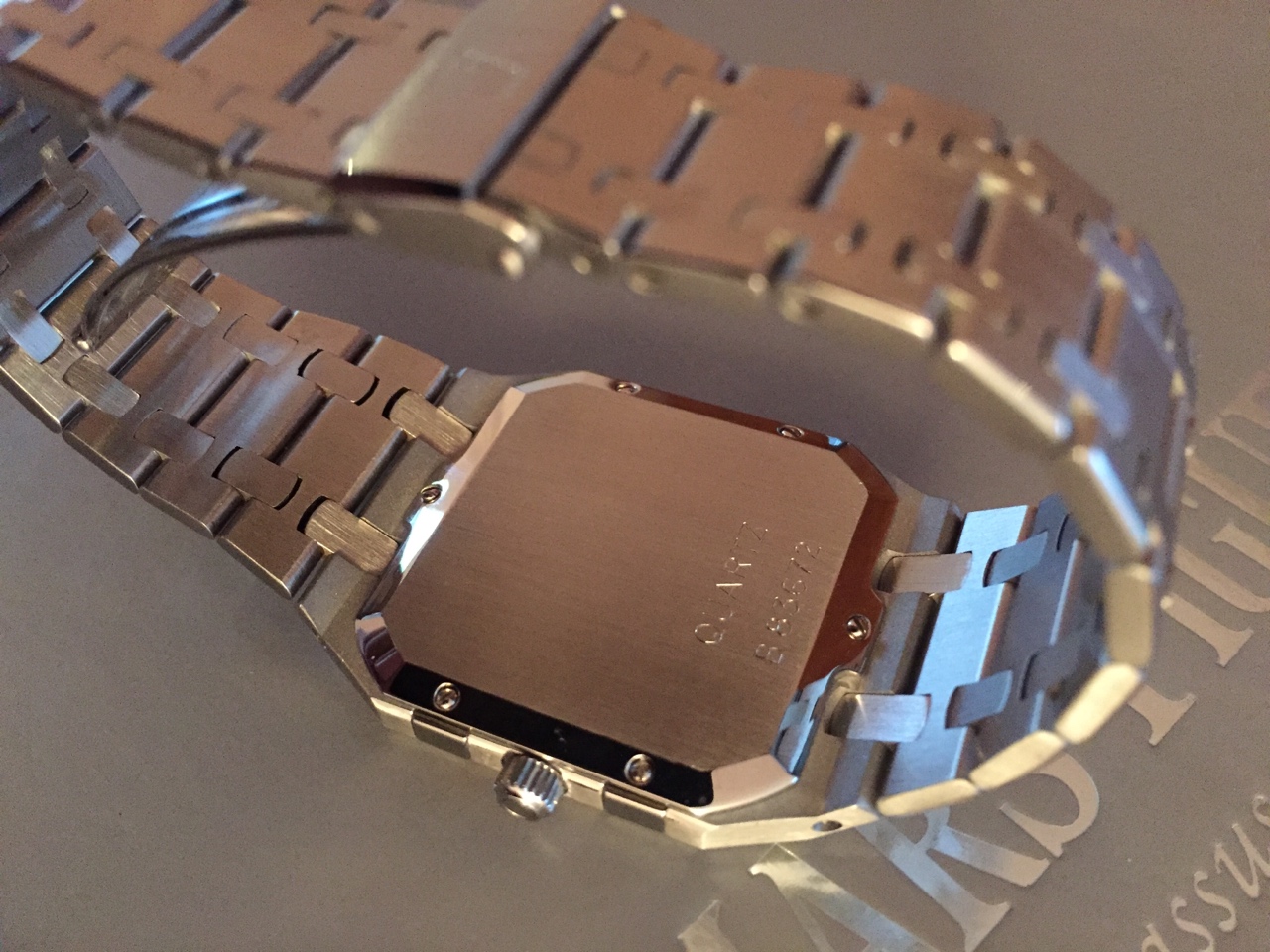 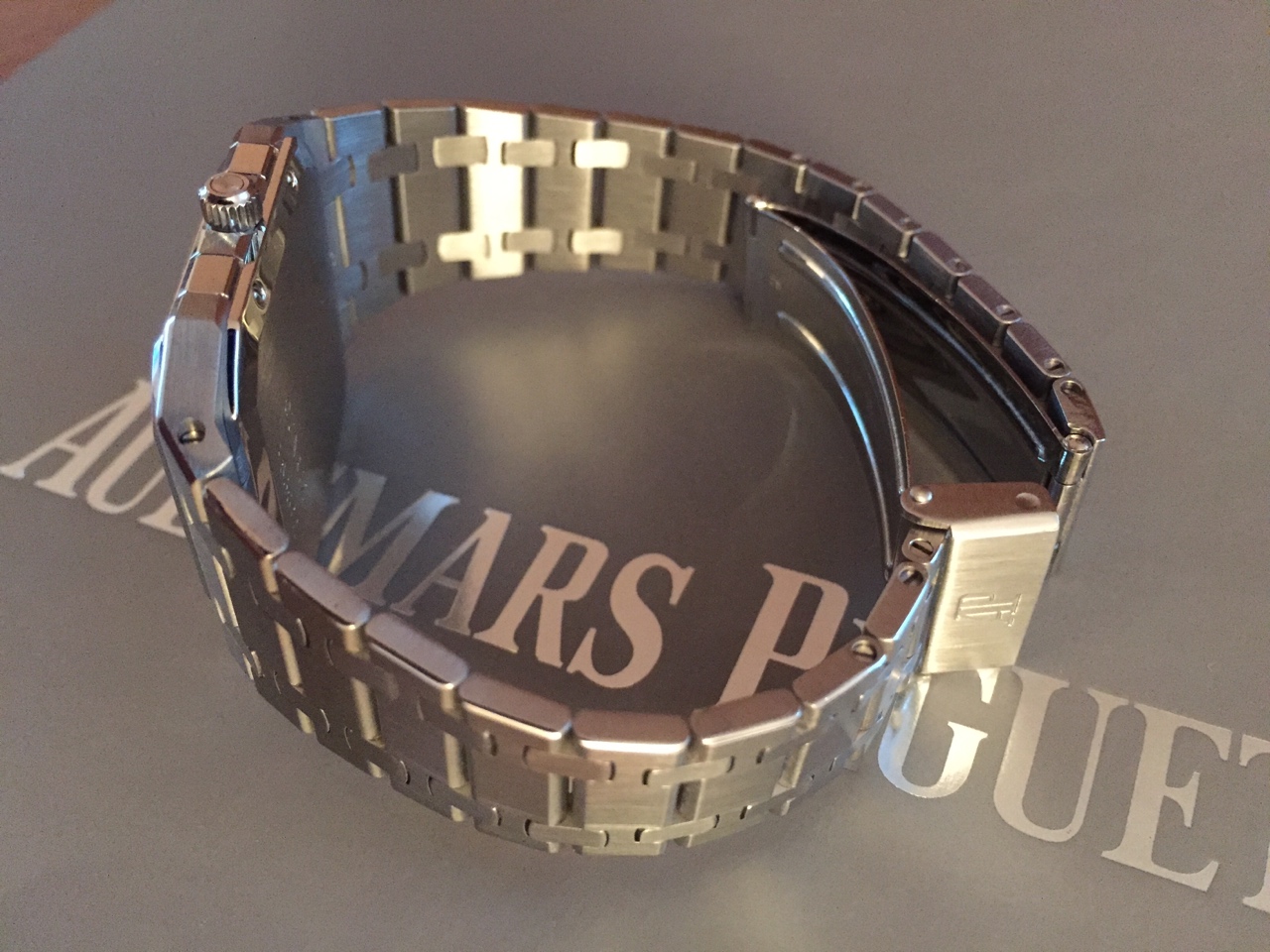 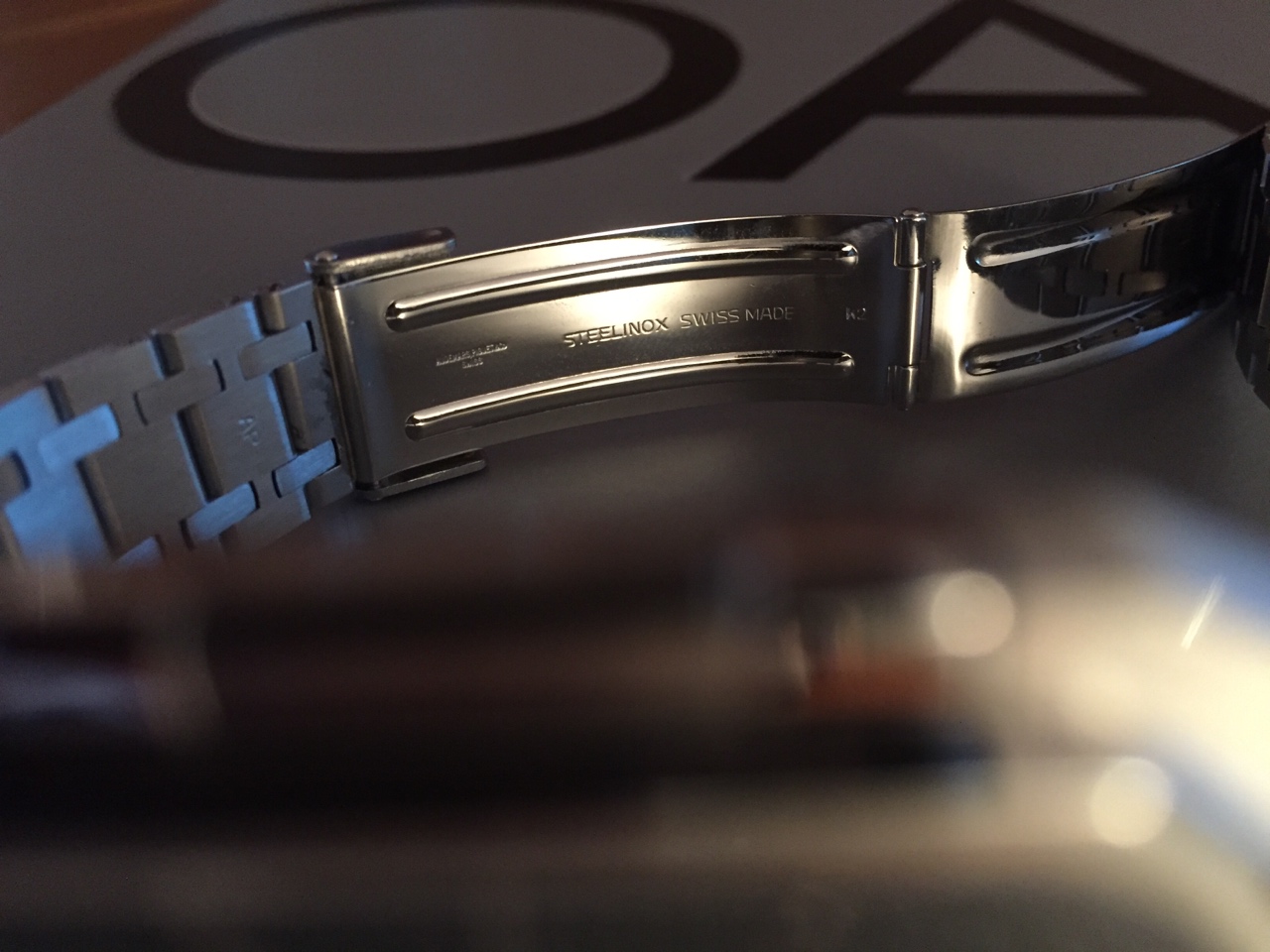 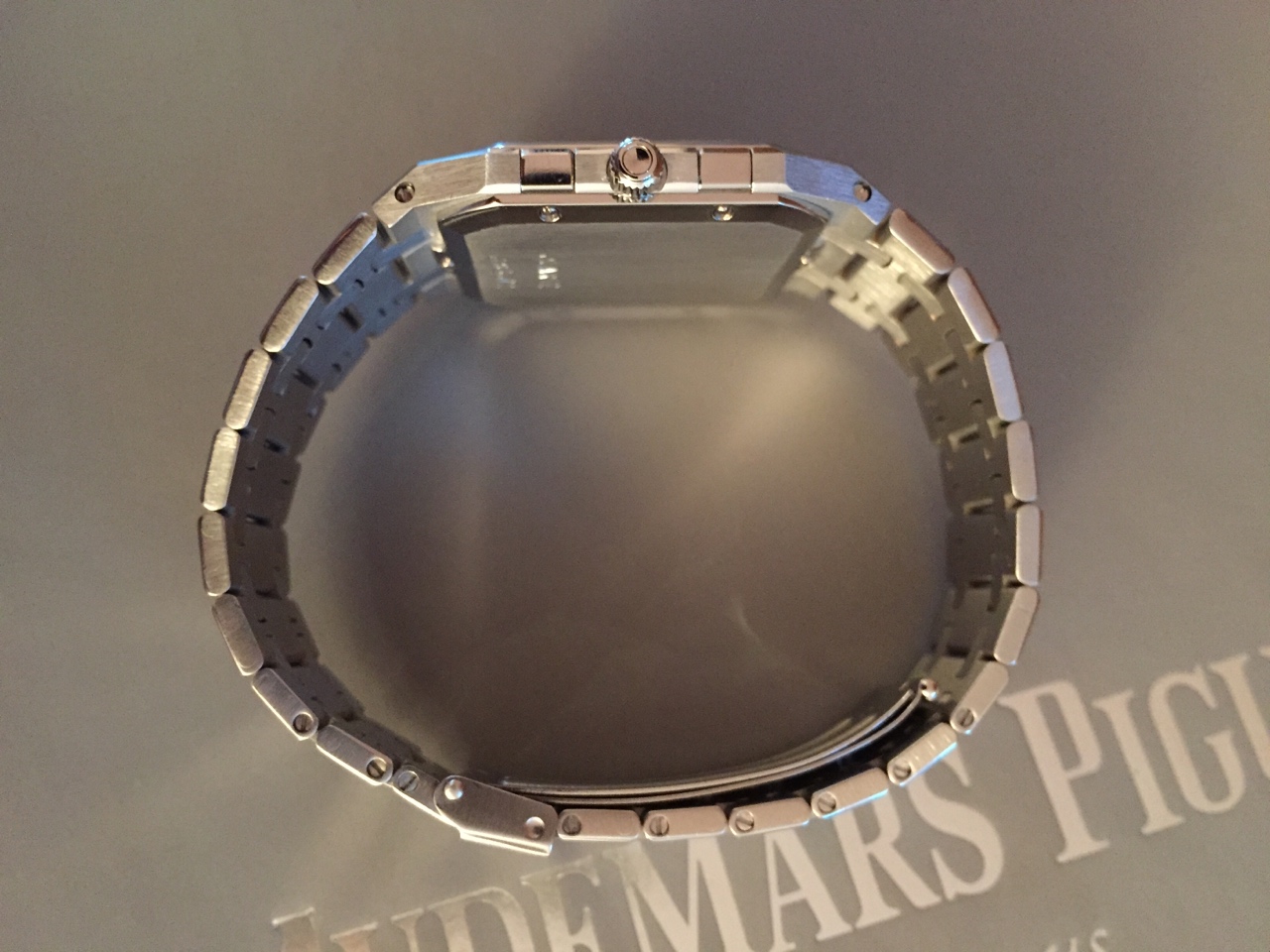 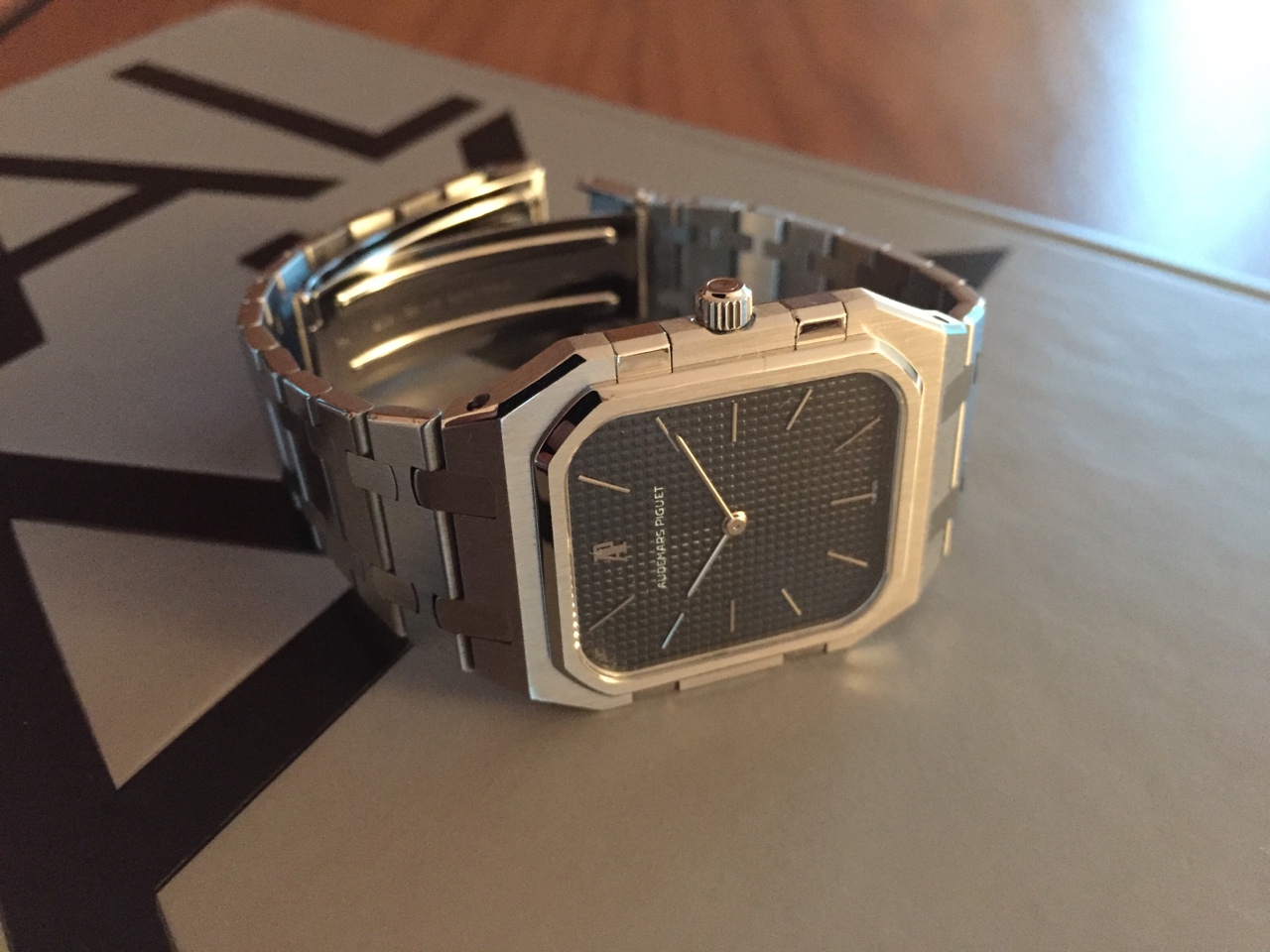 NOT fashionably retro, but gracefully aged...

By: Semper Fidelis : October 11th, 2015-05:59
My rectangular AP Royal Oak Ref. 6005ST from 1977 was a rare and lucky find earlier this year, clearly forgotten by most and hence not much talked about - but not without its charm and merits trying to diversify a design that was set to become a beacon of...
login to reply

Congratulations on this really elegant piece!

By: KMII : October 11th, 2015-06:31
I was tempted repeatedly but somehow never went for it. Looks very elegant on you. Seems that AP and VC both tried for a rectangular extension of their signature sports watch, VC with an automatic, though...
login to reply

I didn't even know a rectangular version existed. Thanks for the education. [nt]

By: Mark in Paris : October 11th, 2015-09:03
I guess it is also due to the fact that nowadays these shapes are back in fashion, however, this one, the thinness, the RO style and the case are very appealing. Congratulations for you purchase and thanks for sharing, I didn't know such a version existed...
login to reply

Thanks KMII, Nicolas and Mark

By: Semper Fidelis : October 11th, 2015-09:22
Appreciate your kind comments - I believe the case and design of this timepiece are indeed very special and am glad to see knowledgable and passionate watch aficionados such as yourselves share my view... Cheers!
login to reply

By: Mizur9999 : October 11th, 2015-10:42
Wow, what a stunning watch. Never have seen it before, in some ways I like it more than regular RO. The designs back then were truly special. I am waiting for a new Gerald Genta to appear one of these days. No watch designer come even close to him today. ...
login to reply

By: Semper Fidelis : October 18th, 2015-22:17
Genta surely had his great moments a few decades ago, tremendously productive 70\'s for him... Let me find out how much he had a hand in this rectangular version!
login to reply

By: Richard C : October 11th, 2015-18:29
That's quite a find. I also had no idea a square Royal oak existed. Very classy indeed. The super-flat, square design goes particularly well with the integrated bracelet. Maybe better than the original.
login to reply

By: Semper Fidelis : October 18th, 2015-22:21
Very unexpectedly, my dear wife actually saw it in an online second-hand forum and gave me a heads-up - the rest is history ;o)
login to reply

Goes so well together!!

By: Semper Fidelis : October 18th, 2015-22:23
It was exactly that which made me not even consider the prejudices against its modest Quartz movement - the sum of it all was just irresistible...
login to reply

By: APROchrono : October 12th, 2015-05:46
That is beyootiful! Top of my Christmas list I love the way the rectangular dial is complemented by the tapisserie.
login to reply

By: orangedial : October 13th, 2015-09:04
Congratulations on this rare find. You have a very nice collection of AP watches
login to reply

By: Kayman Bond : February 2nd, 2020-11:19
A very timeless design. Looks great in all stainless steel rather than two-tone.
login to reply

I love it! I've been looking for an all stainless version like yours for a couple years but have only found the two-tone version. I've always liked the style of this model in stainless. [nt]

Congrats brother ! Always wanted to get this ! [nt]

Not familiar with this piece at all!

Wow, I never knew a rectangular version of the RO existed

By: drmoney : February 23rd, 2020-06:08
Still looks octagonal to me. Looks really great. So, are you saying the battery has to be replaced in less than 12 months?
login to reply

Congratulations! Ap service is top notch..I love this reference and waiting for the right piece .. [nt]