I tried to review one a few years back

But was unable to get a piece in hand.

I wish it were a model we discussed more.  The Tradition Minute Repeater Tourbillon Chronograph from 2013 is a top 5 AP for me. 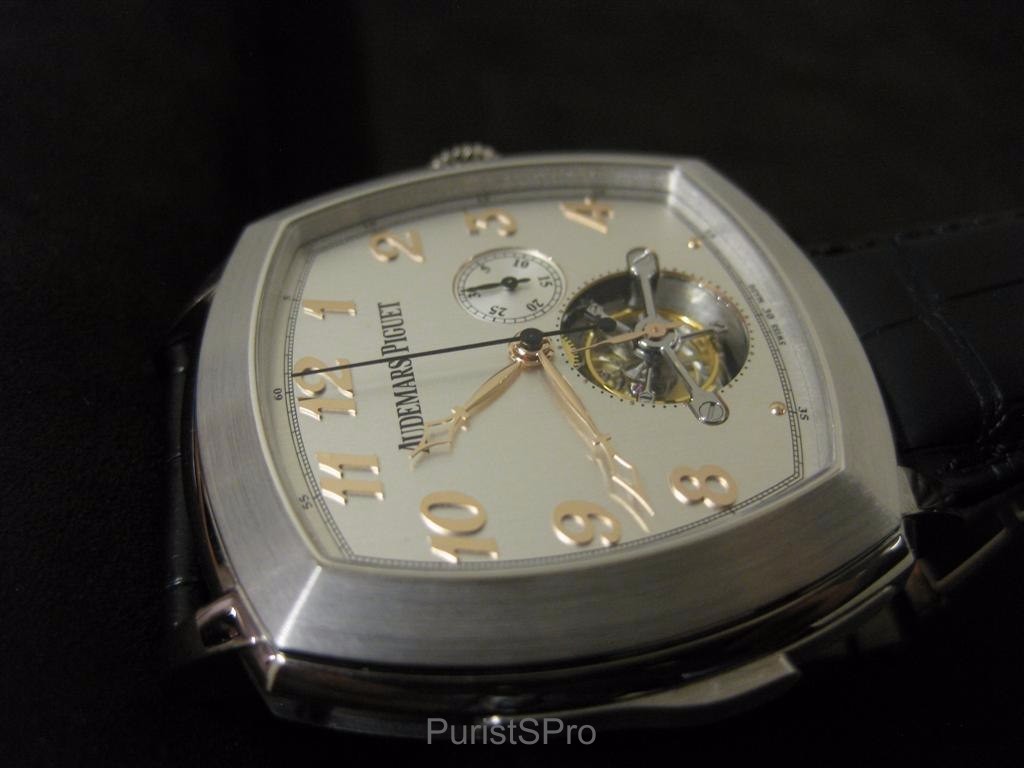 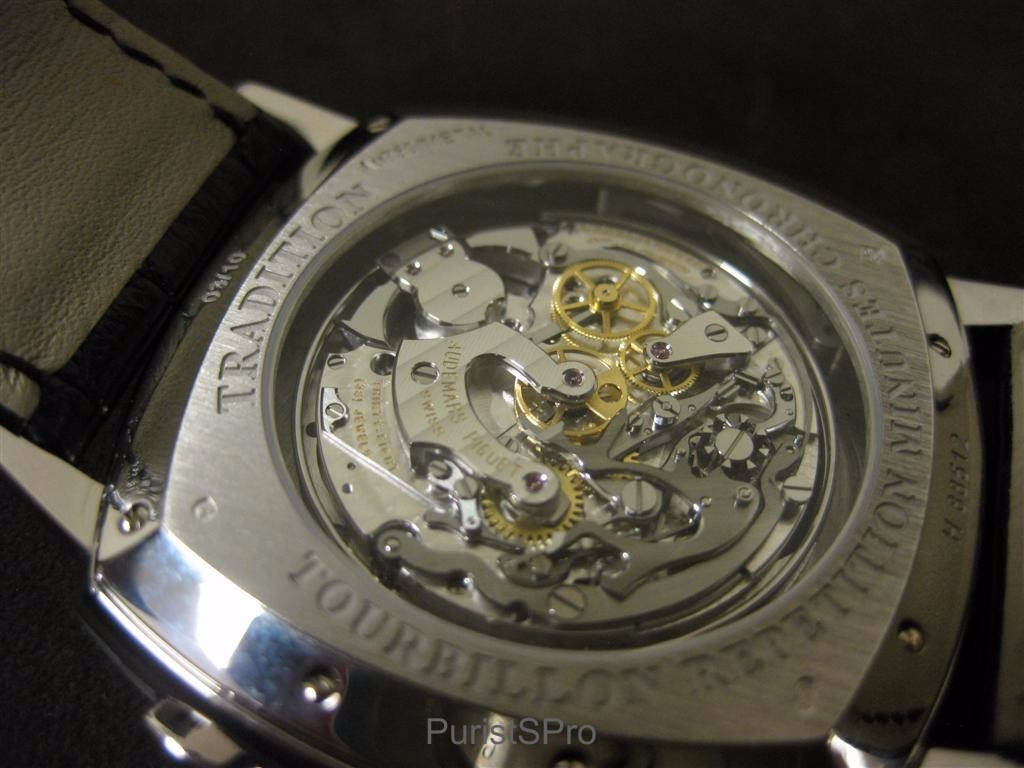 By: blomman Mr Blue : July 1st, 2015-15:00
Friends, I just wanted to share three shots of the AP Traditional Extra-Thin. Not one of the most exposed lines from AP. The cushion shaped case, the skeleton hands and the applied numerals… Thin tapered lugs… Not really what we are used to see from AP! T...
login to reply

Not really to my taste, personally

By: vitalsigns : July 1st, 2015-15:44
Not really to my taste, personally The cushion case at 41mm will look enormous on the wrist And that broad, flat, brushed bezel seems tremendously inelegant, in apparent contrast to the detailed hands and almost-Breguet numerals And that tiny crown? Excep...
login to reply

Your feelings may be why....

By: blomman Mr Blue : July 1st, 2015-23:20
We don't read much about this line here? My biggest concern about the bezel is that it probably is a scratch magnet! Regarding the crown, it didn't feel small when winding/settning the watch. But compated to the bezel it do look small. Thank you for your ...
login to reply

AP has so many great non-Royal Oak pieces

By: vitalsigns : July 2nd, 2015-09:42
AP has so many great non-Royal Oak pieces. I'm not sure how well AP sells non-RO pieces, but ever since the late 90s, I've sensed that AP hasn't been able to get much traction with its non-RO lines. Conjecture on my part. A shame, really, as AP has, IMO, ...
login to reply

You are probably correct....

By: blomman Mr Blue : July 2nd, 2015-12:22
And I can only agree with you that they should get more attention to their none OR lines! Best Blomman
login to reply

By: gworchell : July 1st, 2015-18:09
Blomman, I have always felt that the Tradition series is a beautiful line of dress watches. My tastes tend to favor luxury sport watches,,which is why the Royal Oak and Offshore references form the bilk of my collection. But as far as dress watches go, I ...
login to reply

By: Speedie74 aka Mr. Torquise : July 2nd, 2015-00:04
not this version! If I remember well, there was also a platin perpetual calender version of this watch, but with a handwounded Frederique Piquet pocket watch movement! That version is even more thinner than this gold, because of the movement. I was luckil...
login to reply

There is one with PP calendar, Moon phases and....

By: Speedie74 aka Mr. Torquise : July 2nd, 2015-13:13
on my hand: courtesy from the Net. It hasn't got a minute repeater, but you are right, there is a minute repeater-version as well. On that version the moonphase is at 9. Yours, Adam ...
login to reply

That one looks great!

I tried to review one a few years back

the longer I look at it

By: Arie - Mr Orange : July 8th, 2015-17:21
the stronger it's design becomes! Never saw one live tho. I will be on the look out for a live viewing. Is this model made to compete the Nautilus in some (shape?) weird way? When was it produced for the first time? How many are made per year? Can't reall...
login to reply

By: blomman Mr Blue : July 9th, 2015-00:18
If my memory doesn't fail me, the shape is picked up from a old pocket watch made by Audemars Piguet. About rarity, etc - maybe Michael can help us out! Best Blomman
login to reply