The world is changing and Lange & Söhne confirms it.

The recent release of the new version of the Lange One Time Zone is really interesting to analyze. I will not speak about  the watch ifself because I have not had the opportunity to see it yet. It falls into the category of watches which seem to be very close to their original versions but which in fact change a lot. We will see! On the other hand, what is fascinating is the message contained in a sentence of the official presentation:

"The new Lange One Time Zone now connects the world more closely than ever before. It is designed for people who work and communicate in a globally networked world."

And besides, the brand insists on the legend of one of the pictures published on Instagram:

"A best friend, younger sister or an important business partner - most people today are in regular contact with someone who lives in a different time zone. The further away that time zone is, the more important it is to know what time it is there , so as not to wake the other person up with a phone call, for example. "

If in 2005, watchmakers of the manufacture went to several cities of the world to concomitantly unveil this watch which displays in two separate dials the local time and the reference time, such a plan was absolutely not possible in 2020. The health crisis has passed through this and a mere travel, even for short distances, is becoming more and more complicated. At the same time, work from home has developed and teleconferences bringing together colleagues from different continents are increasing. It is true that the increasingly frequent organization of such meetings requires perfect mastery of time zones to avoid a call to a colleague at 5 a.m. 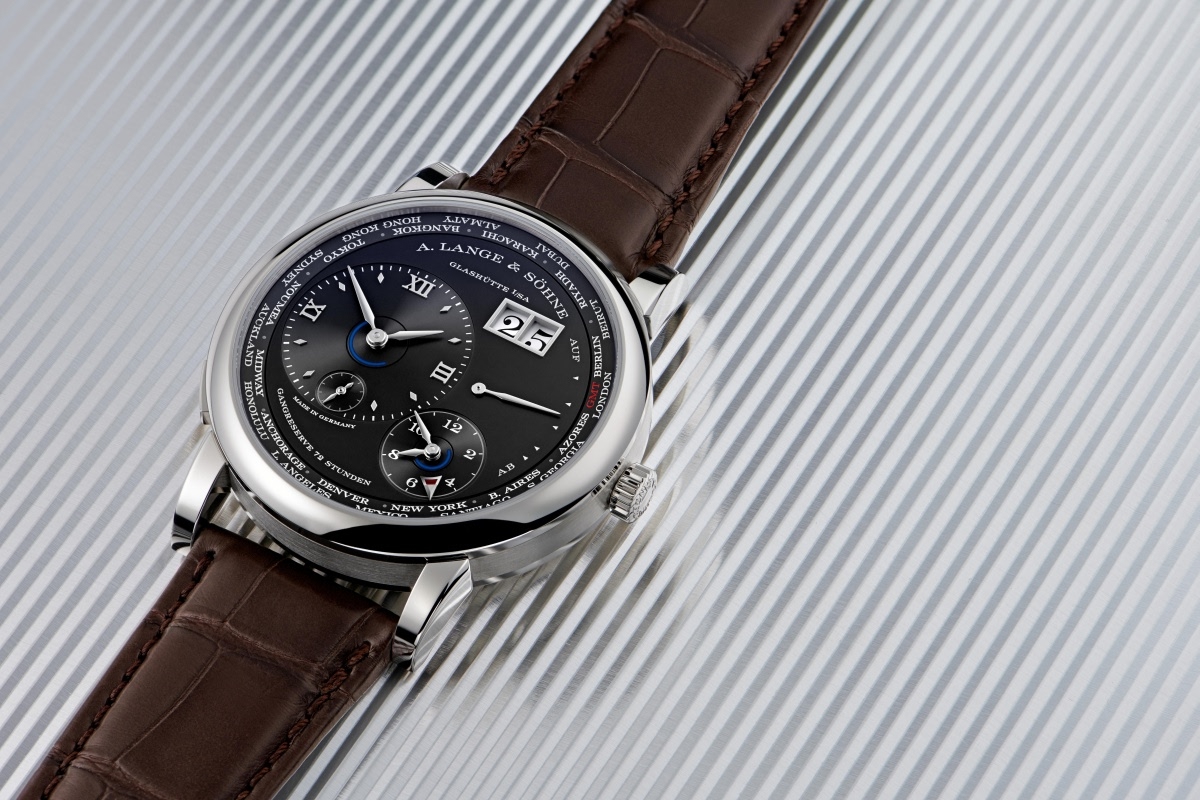 This is unfortunately the fate of the travel watch: it previously encouraged adventure, distant travel, the wildest destinations, just for at least once in its life to find a use for this bloody UTC-10 time zone. And even if we weren't traveling, we still managed to imagine improbable exotic lands by looking at the dial of a World Timer or a complex Dual Time which includes the reference cities disk like the Lange One Time Zone. Well, it's 9 p.m. in Los Angeles ... it was useless but at least our mind wandered.

And now the travel watch has become a business watch, a purely useful watch, a watch that primarily connects people located in different time zones ... but each at home or at the office. The planes are nailed to the ground and in any case corporate travel policies are becoming more and more restrictive, to control the expenses or for safety reasons. Our imagination too remains tied to the shore since the hope of being able to undertake long trips at short notice is very dim.


So Lange & Söhne's way of communicating is very symptomatic of the context of the times we live in. German pragmatism is at work. The use of the Lange One Time Zone has changed and the manufacture understands this. The travel watch is no longer: let's welcome the connection watch. All I hope is that one day, these watches, which I have always loved, precisely because of their complications which encouraged as well real as spiritual escapades, find again their initial vocation. Because the small manipulation to change the reference of the local time zone  is one of the pleasures that we experience when getting off the plane.
Fr.Xavier

The world is changing and Lange & Söhne confirms it.

By: foversta : June 28th, 2020-02:27
The recent release of the new version of the Lange One Time Zone is really interesting to analyze. I will not speak about the watch ifself because I have not had the opportunity to see it yet. It falls into the category of watches which seem to be very cl...
login to reply

Nicely put, Fx, even if I refuse this reality, and that I strongly hope AND believe we'll travel, again and again. Still, I always used my world time ( Patek 5110 ) as a connection watch

By: amanico : June 28th, 2020-02:33
With all my friends around the world. As well as a Travel Watch when I am moving from a time zone to another. There is some place for both uses, of course! Best, Nicolas
login to reply

The world is going through great change ...

By: Cpt Scarlet : June 28th, 2020-03:22
And this mechanical watch remains very relevant. We haven’t mentioned the fact that this watch will also have less impact on the environment over its lifetime. Thank you for posting this FX. Kind regards The Captain
login to reply

By: Reuven Malter : June 28th, 2020-04:25
The reason that we shouldnt travel as much as in 2000 in more the climate crisis than Corona. I personally think that travel watches could help us imagine a travel the we once really made.
login to reply

My use of my world time is a bit more forlorn...

All that fancy mumbo jumbo aside, I love the white gold version :-)

The message is certainly muddled and less romantic...