I have often wondered about thick vs thin case but as with all Rolex research there are always twists and turns. This point of  view is based on some limited research. We can clearly see the difference between a 1675 GMT'S and a Submariner as it is quite obvious. However when we compare the 5513 cases it is a little less obvious. So I think a few pictures will help to shed some light. 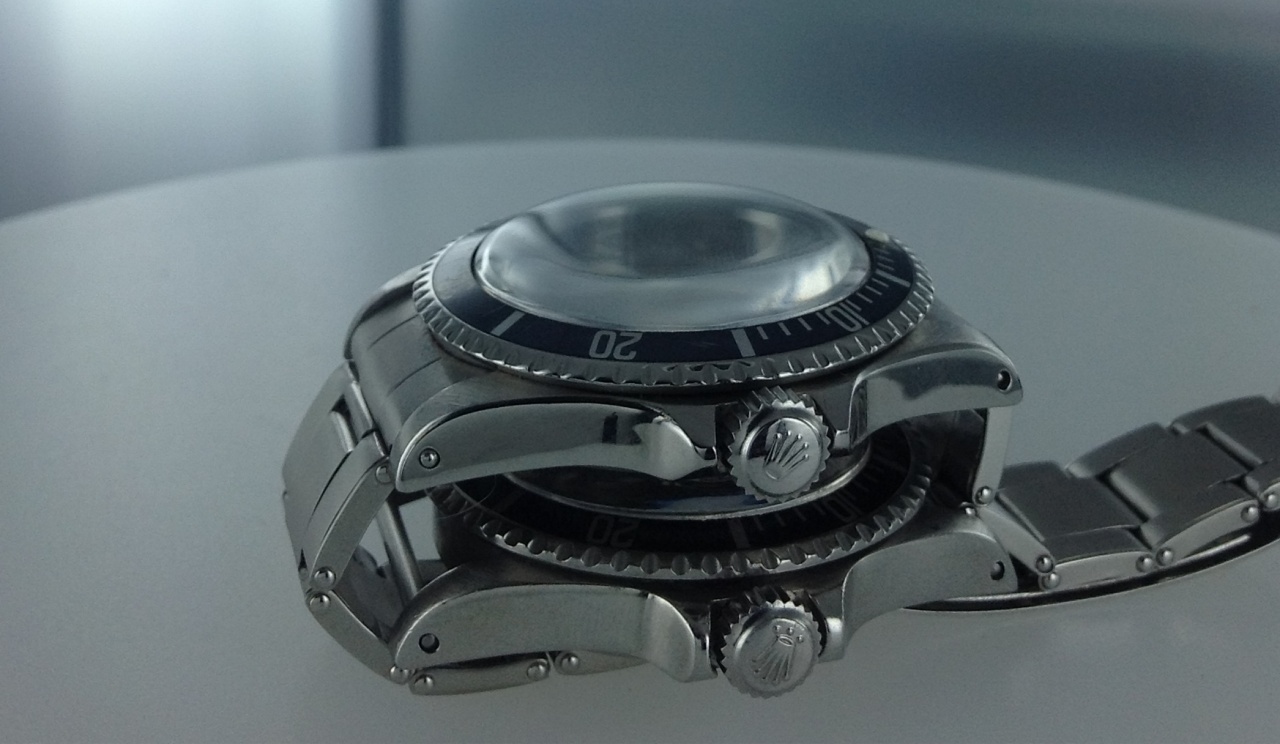 At first glance there is no "aha" I see as we really don't see much other than our eye that may be playing tricks or getting old. 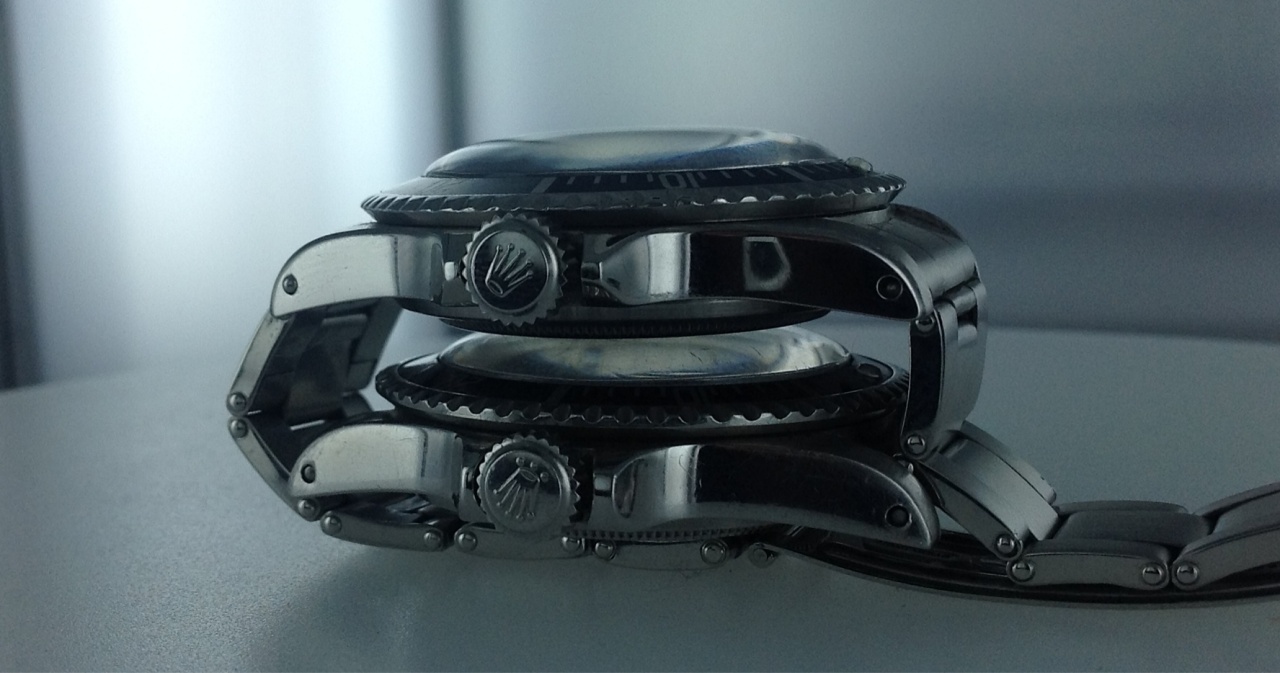 So to put some context we have two case designs which are apparent; the pointed crown guard and the rounded crown guard. Still nothing definitive except the pointed is earlier from the gilt period ending not sure but most agree by about 1966 but with overlap for sure. The serial range again is never a certain thing but I have heard as high as 1.8 mil for the subs, a little high for me. This pcg is 1,02x,xxx putting around 1963. The other sub is young also but rounded guard. 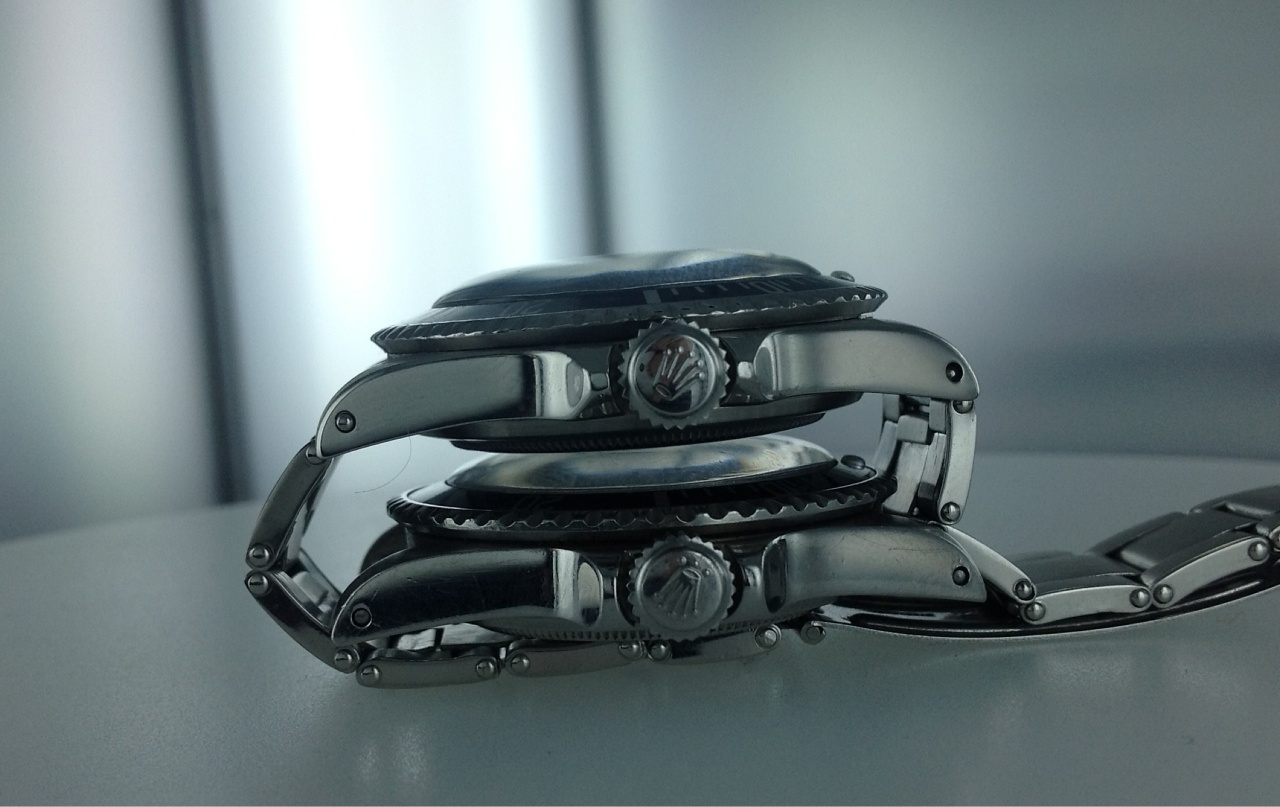 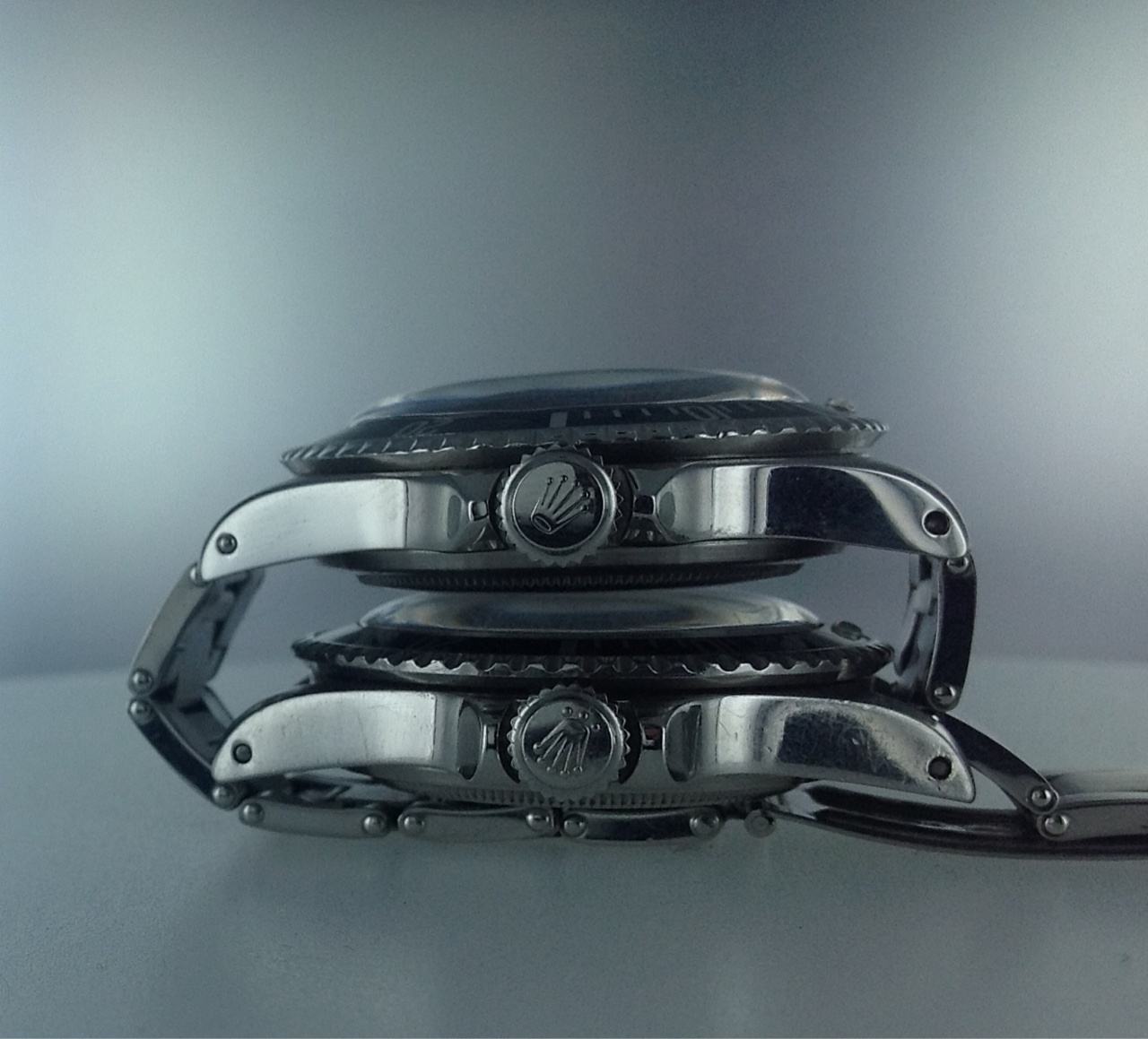 So now for the meat of the article. As you can see from this set of pictures you can clearly see the difference between a thin case and the later standard case. How, simply look at the crown itself, they are both the same size despite the second being a triplock. Now focus on the surrounding metal, even considering the pointed crown guard, you can clearly see how the thin case reveals itself with crown overlapping the case top and bottom.   Some have said this is simply an over polished case.  I don't think you can really take off that much meat as revealed above to justify that train of thought.

Conclusion, many I guess this is just one configuration with supporting picture. We know there is the DRSD with a thin and thick case as well as the Comex 5513 with the escape valve which looks thin when compared to the sea dweller. So with one question explored other facts remain.

This may not have been a question on your mind but one more bit of Rolex trivia to discuss.

By: Bill : August 15th, 2012-18:36
I have often wondered about thick vs thin case but as with all Rolex research there are always twists and turns. This point of view is based on some limited research. We can clearly see the difference between a 1675 GMT'S and a Submariner as it is quite o...
login to reply

By: Bill : August 16th, 2012-15:47
The endless discovers we can make with this brands adds some much to the experience. Thanks Bill
login to reply

This is a surprise for me, Bill.

By: amanico : August 16th, 2012-22:53
Please do one thing for us, Bill. Go to your watchmaker and ask him to precisely measure the two case in height. I would be very curious to know the how, exactly these two cases are different. As you said, everything ( or almost ) is possible in the vinta...
login to reply

I will get a set of calipers and check

By: DivingT : August 16th, 2012-23:06
Thats quite an amazing illusion effect!! And it wasn't until you pointed out the crown in relation that I really noticed it, very good !! Cheers tony
login to reply

We are talking a small diffrence

By: Bill : August 16th, 2012-23:34
But not one that can be attributed to polishing. The difference is really there not an illusion. Bill
login to reply