Is anyone familiar with the rebirthed Henri Duvoisin brand? I have been searching for vintage examples of their watches following Anders recent thread on his acquisition of the beautiful triple calendar, but they seem rare indeed and I cannot currently find one example for sale. Instead I visited the Henri Duvoisin website and found some extremely appealing watches. It appears they have very few distribution centers so it may be a while before I can actually see one, but if any of you have dabbled in the new company watches, I would appreciate your views. 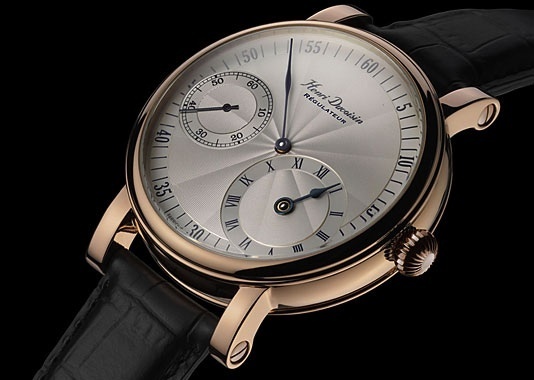 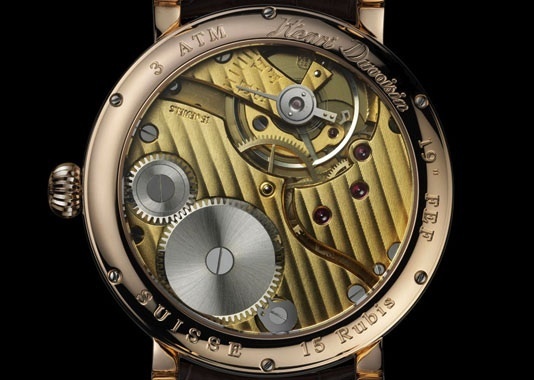 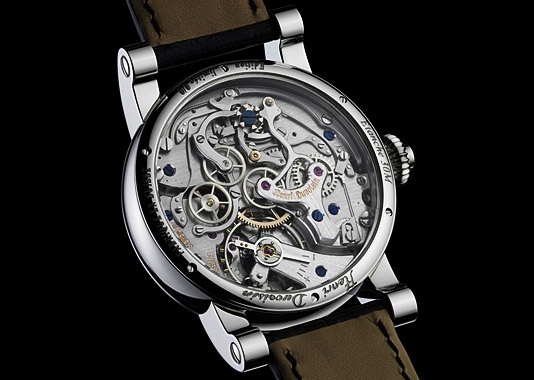 By: Spellbound : February 18th, 2014-20:47
Is anyone familiar with the rebirthed Henri Duvoisin brand? I have been searching for vintage examples of their watches following Anders recent thread on his acquisition of the beautiful triple calendar, but they seem rare indeed and I cannot currently fi...
login to reply

By: Esharp : February 19th, 2014-07:03
I don't know anything about them but the example you posted looks very nice (apart from the unnecessary 'regulateur' on the dial! Argh!). Do you know how they're positioning the brand?
login to reply

By: Spellbound : February 19th, 2014-18:51
All I know is what is on their hardly functional website. The movement finishing looks good. If the price is right, I might certainly dabble. Dean
login to reply

Much can be found buried

By: . Anders : February 19th, 2014-13:37
. This brand, too many unknown, same for me. When I bought mine, it was a gamble, but I suspected that it could be something special. Thats why I bought mine. It's an old watchmaker who are still out there, I appreciate that. Thanks for showing the new wa...
login to reply

I think you certain picked up a bargain

By: Spellbound : February 19th, 2014-19:00
Given the rarity of your watch, and the stunningly beautiful dial. It is certainly on a par with the other triple calendars of that era, and at a mighty attractive price. What a find! I am close to considering buying two very fine examples of triple calen...
login to reply

very nice looking. i like the regulateur. unususl position of dials is good.

By: Spellbound : February 21st, 2014-06:22
A great layout, and nice sunburst dial. The only issue perhaps is that from a distance, the logo looks like Harley Davidson ! Dean
login to reply