Jul 22, 2013,10:38 AM
Recently Azimuth Watch launched their Round-1 White Jade watch, jointly developed with Jade Culture.  Azimuth is no stranger in the watch industry, started their  venture in 2004, by Christopher Long and Alvin Lye.  Jade Culture, though a young company founded in 2011, both the founders, Linbert Lim and Tong Ping Heng, are well-versed in the jade design and trade with access to raw jade material, processing factory and craftsmen in China.

How both these local Singapore companies come together is interesting.

Jade has a long history since the early Chinese dynasties.  During ancient China, jades were only worn by the royalty and high-ranking officers.  The measure of wealth was jades in possession and not gold.  Even the medals of 2008 Beijing Olympics were of jadeites and nephites, the first time alternate materials were used for medals in the Olympic, that explains the prestigious symbolism of jade.

However, for generations, jade has a notion of only worn by elderly as adornments and amulets.  The couple at Jade Culture was thinking of ways to appeal to the younger and more fashion-savvy segment and to shift the perception that jade could be contemporary and fashionable through design.  And one of the approaches is combining jade with timepiece.  After some discussions, both the Singapore companies began the collaboration.

After one and half year of work, the Azimuth Round-1 White Jade watch comes to fruition with limited production of twenty pieces. 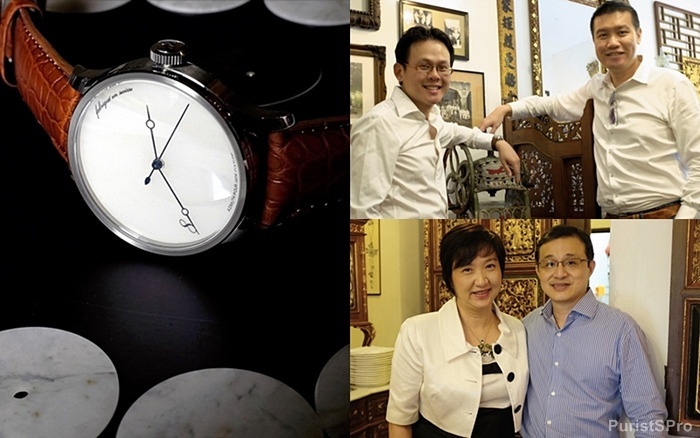 Why does it take over one and half year to launch the watch?

According to both parties, many challenges were encountered during the development.

For Jade Culture, the first challenge is to process the thickness of the jade disc-block to ultra-thin jade wafer of precision 0.60 to 0.80mm in their China factory. Almost all the time, jades craftswork are on chunkier (thicker) blocks and carved into figurines. The whole control is with the machinist's judgement and it is not any CNC machines. 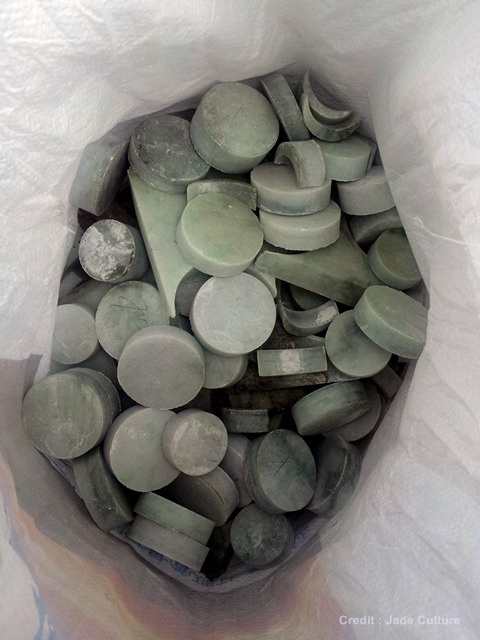 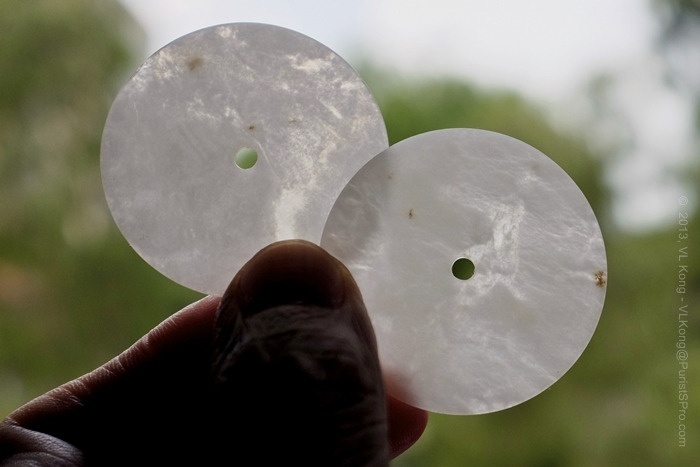 Rejected dials due to inclusions and 'cloudiness'.

After getting to the required thickness, a centre hole is drilled, and rejects occurred too as some pieces cracked!

That's not the end of the process.  To be accepted as a usable dial,  the dial must not have inclusions as shown in the above and below pictures.

The challenging part, these inclusions are not conspicuous during the jade-block stage, and they can only be detected after being grind down to the thickness required.
It is more of a game of probability.  You only know if you get a perfect (no inclusion) piece at the end of the grinding process and after that, hopefully,  the perfect pieces survive the centre-hole drilling process. 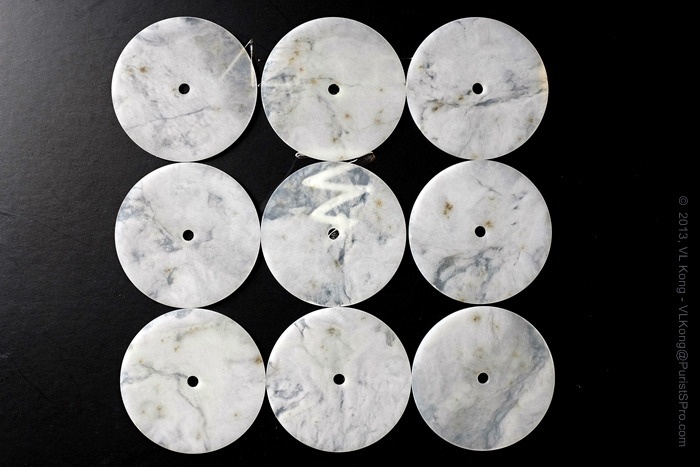 Rejected due to inclusions. 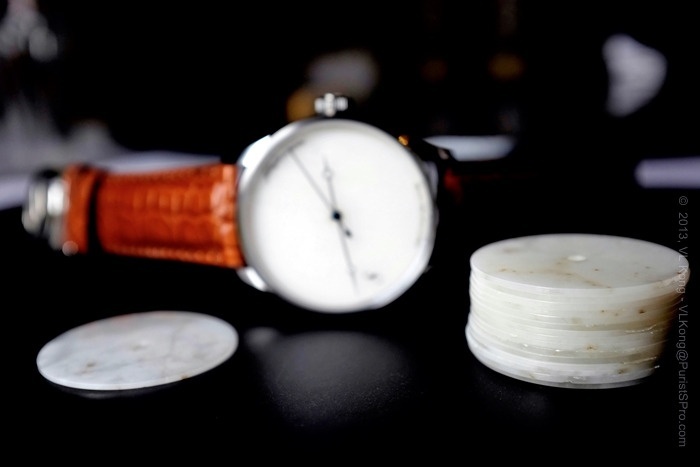 According to Jade Culture, their hit ratio is extremely low ... to get a perfect piece, at least 20 pieces were scrapped. 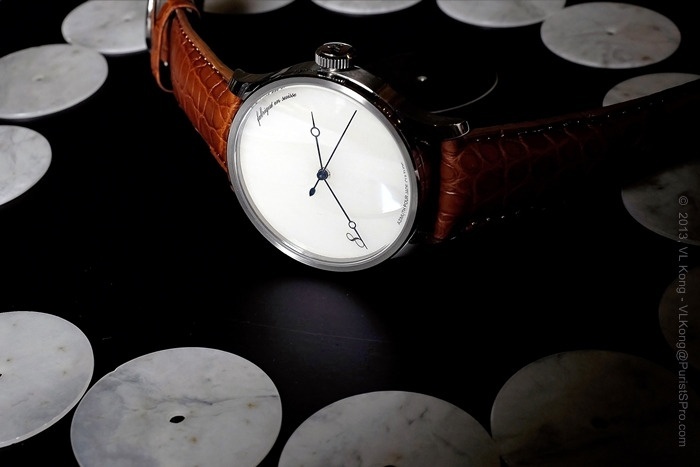 As for the Azimuth, their hurdle is the thickness consistency across the entire nephrite-dial surface (flatness) after mounting the white-jade onto the brass dial-plate.

The initial few batches of nephrite-dials were unusable as the irregular flatness caused the minute-hand to be stucked. 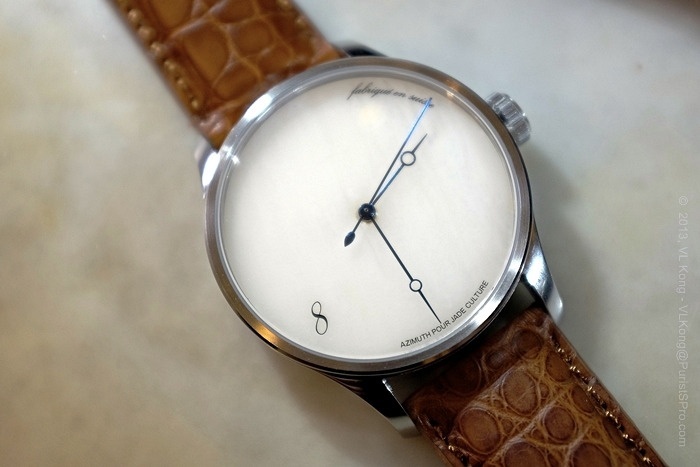 Above is one of the twenty pieces for the Round-1 White ... note the beautiful short-listed nephrite-dial.

A quick brief about Jade.
Jade is a generic word for two group of stones.  The above white is called the nephrite, which also known as soft jade, mostly found in Xinjang area in China, with hardness of 6.0 to 6.5 Mohs.
While the green type is called the jadeite or hard jade, hardness is 6.5 to 7.0 Mohs, mainly found in Myanmar. 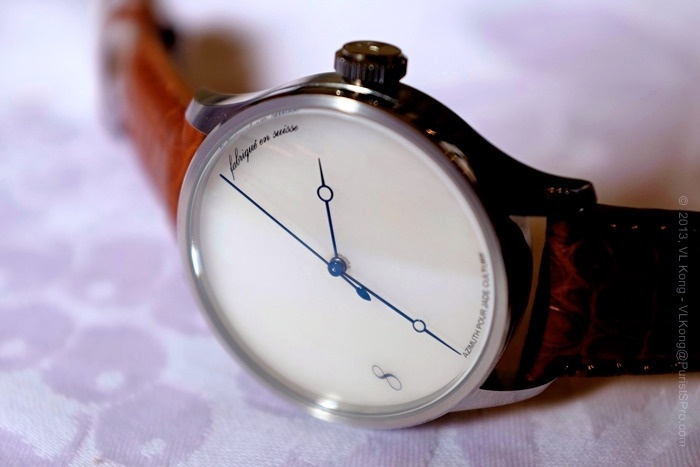 Housed in 42mm stainless steel case.
The Breguet-hands are traditionally blued as a single batch for same colour consistency. 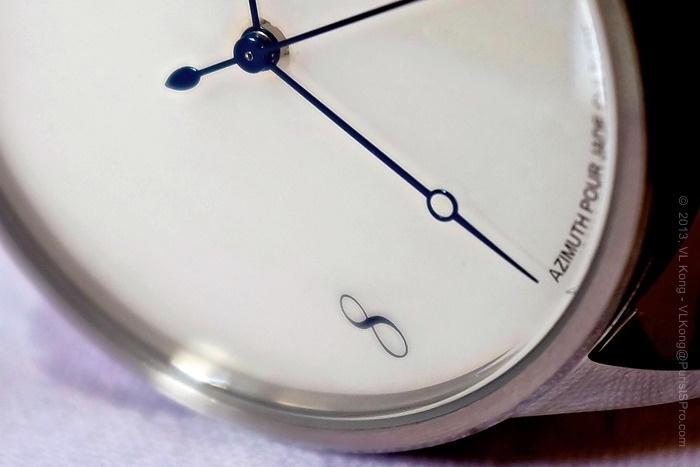 Dome sapphire crystal with anti-reflective coating on the second-surface(underside) of the crystal. 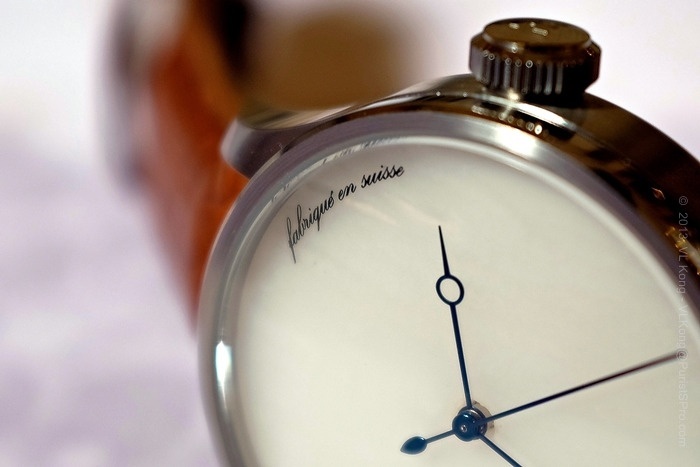 Wonder what is the warranty coverage for the nephrite dial, in case issue occurs. 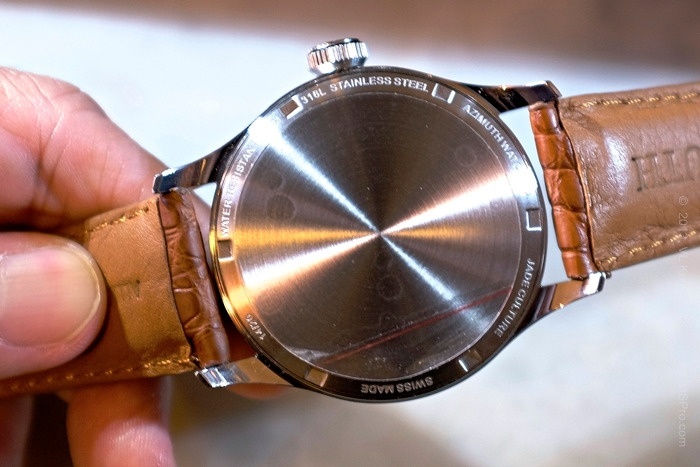 Solid caseback with the serial number engraved.  Within is the robust automatic ETA 2824 with 40 hours power reserve. 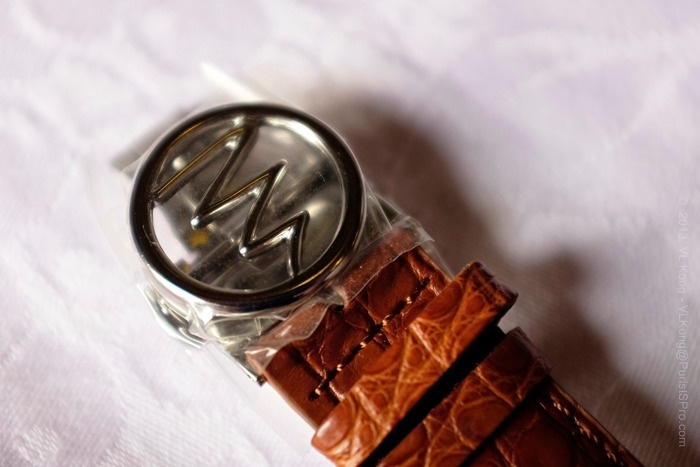 Perhaps an option for ardillion buckle for the slim wrists. 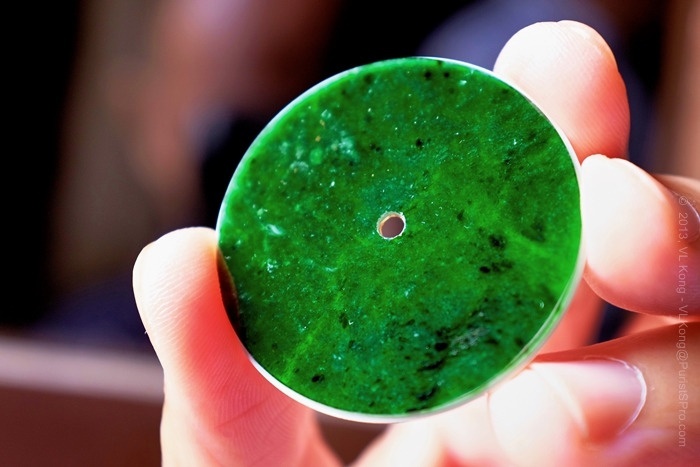 A Jadedite dial  ... perhaps for the Round-2 Watch.


The Round-1 White should appeal to those who know about jade and appreciate the difficult  process to obtain clear nephrite dials.  Also to those who like understated pieces.

What are your thoughts about this White Jade Watch?

By: Kong : July 22nd, 2013-10:38
Recently Azimuth Watch launched their Round-1 White Jade watch, jointly developed with Jade Culture. Azimuth is no stranger in the watch industry, started their venture in 2004, by Christopher Long and Alvin Lye. Jade Culture, though a young company found...
login to reply

Just a nomal watch with a jade dial. IMHO, nothing special...

By: Kong : July 23rd, 2013-10:09
according to Jade Culture people, some westerners are ardent buyers of jade. Thanks for your candid comment, Rei. Kong
login to reply

Yes, that I noticed too.

enamel dials watches are difficult to make too, and highly collectable.

By: Hororgasm : July 25th, 2013-08:59
what Azimuth has done is to create something unique, focus on the jade dial, and its production techniques. collectors, and precious stone and jade connoisseurs should appreciate it. there are watches outthere with more pretigious brands spotting same mov...
login to reply

By: patrickmaniac : July 22nd, 2013-20:40
But why a solid back? does not allow the viewer to see the jade in it's "transparent" form and appreciate the hard work done to get the correct dial. Good to see Azimuth back as a SG folk. cheers PAt
login to reply

By: Kong : July 28th, 2013-22:08
quickly check it out...and select the dial she may prefer. I think the price varies with the clarity of the nephite-dial too. Please ask what's the warranty coverage for the dial in case something arises later. Kong
login to reply