Longines Marine Nationale. Why I fell in love with this watch.

Nov 15, 2015,00:11 AM
The Longines M.N is a very underated watch.
Some find it too small, when its size is far from being a problem.
Some find it too discrete, when it is all about distinction.
This watch is not only a nice watch, it has a lot of charm, presence despite its small size, and, cherry on the cake, it has history.
I wanted to know more about this time keeper, and wrote to Longines.
As usual, they came back to me very quickly, with the following informations:
" Reference 5774. Cal 12.68N, delivered to Longines France on the 8th of November 1947. "
So, the schema is quite simple, here: The French Marine ( Marine Nationale ) directly bought the watches in question to Longines France.
The M.N is very close to its american sister, the Buships.
Here, the Buships: ( Credit picture, Steve G ) 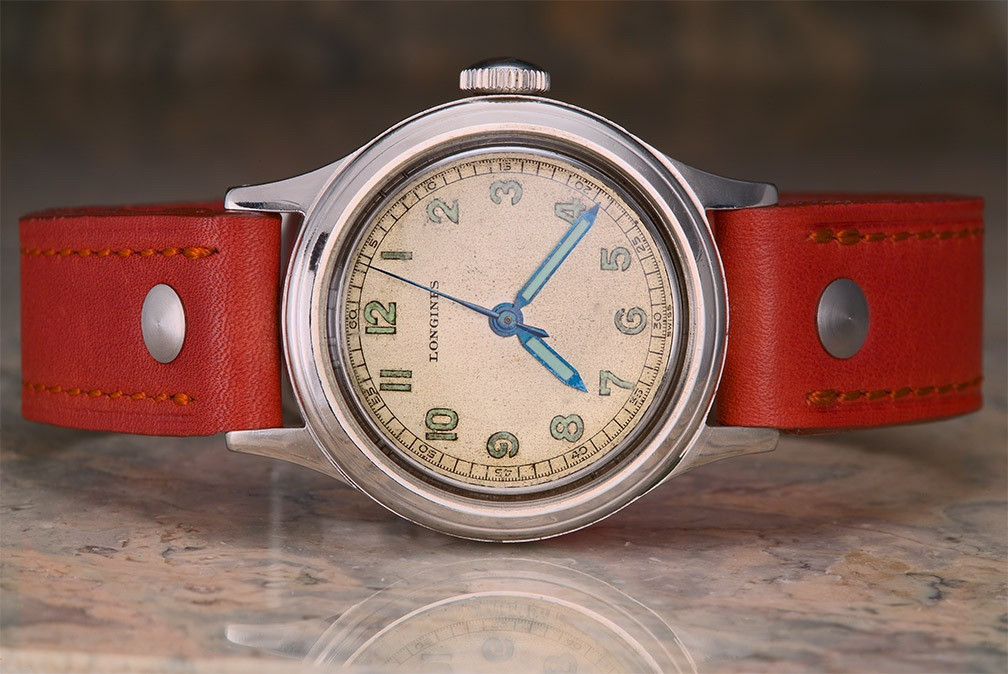 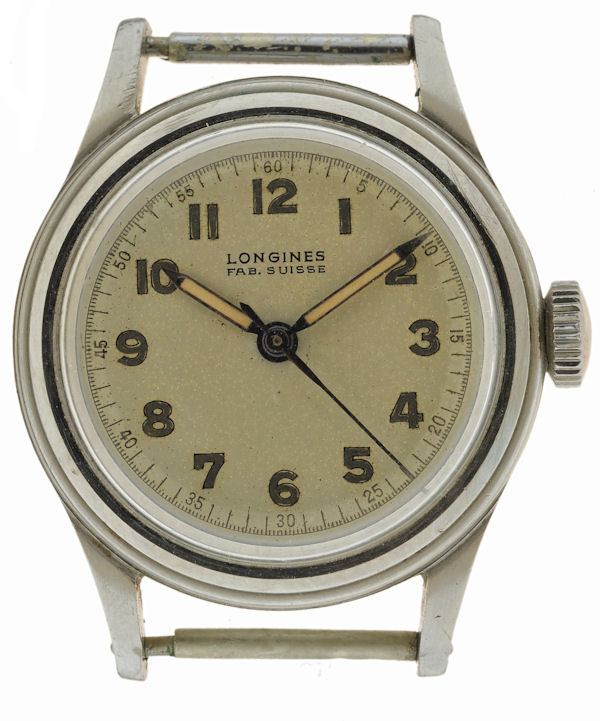 The minute indexes are not totally the same, but we are here in presence of very close watches, almost twins, here.
There is another small detail which has its importance, which has been observed on all the M.N I saw in the real or in pictures:
" Fab Suisse "...
A mandatory mention, required by the import rules, which had to be written on the dials of the watches.
Here is a brilliant answer from our friend Marv, explaining that reglementation:
http://home.watchprosite.com/show-forumpost/fi-17/pi-4690498/ti-718203/s--12/
So, as these watches were bought by the French Marine, in France, the dial should mention that... If they don't, they are not true Marine Nationale watches.
Which also explains why you don't have this mention on the Buships dials...The US being not concerned by this rule.
After the story, let's go back to the watch...
1/ The dial:
The main problem, when you're on the hunt for a M.N, is to find a dial  which is not too ruined by the time passing.
The original white dial can turn into beige or orange, nothing to worry about. At the contrary, this is part of the charm of this watch!
The luminous index numbers are filled with radium, as well as the hands.
Sober, elegant, and legible, despite its modest size... These are the cardinal virtues of the Longines M.N, undisputably. 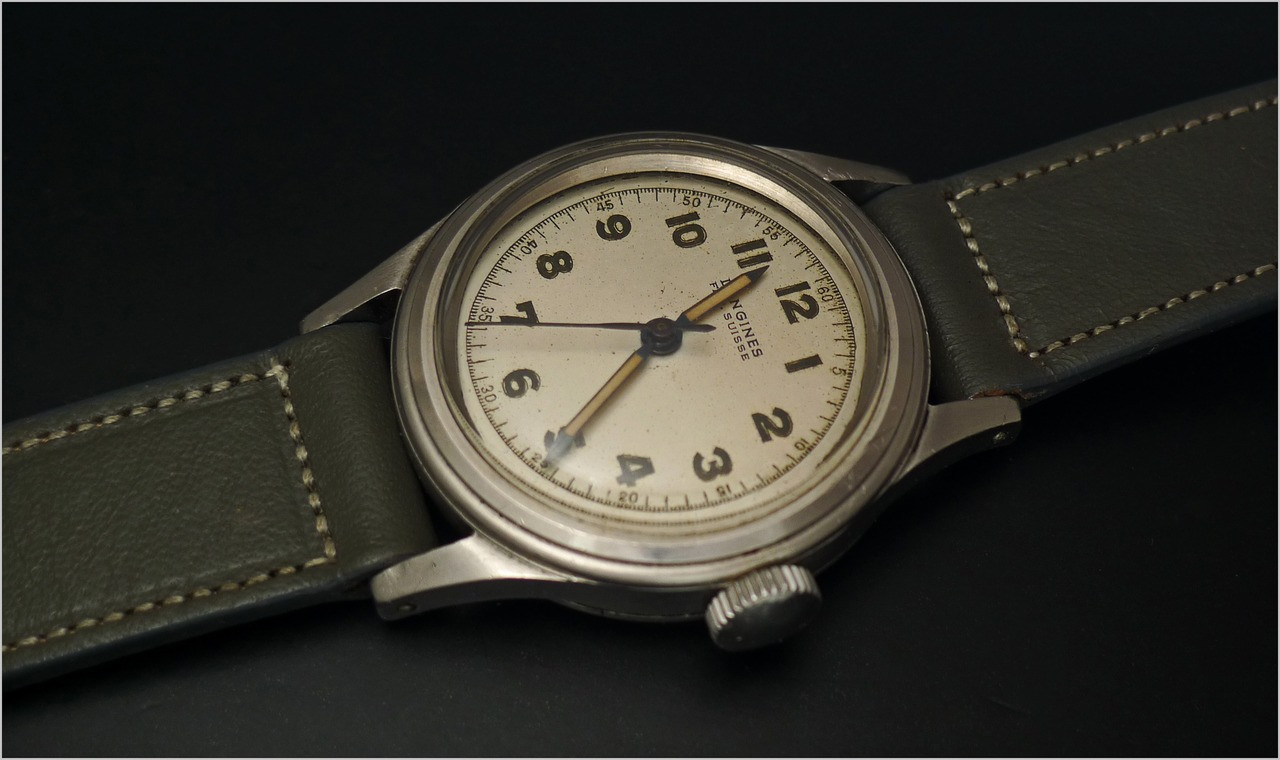 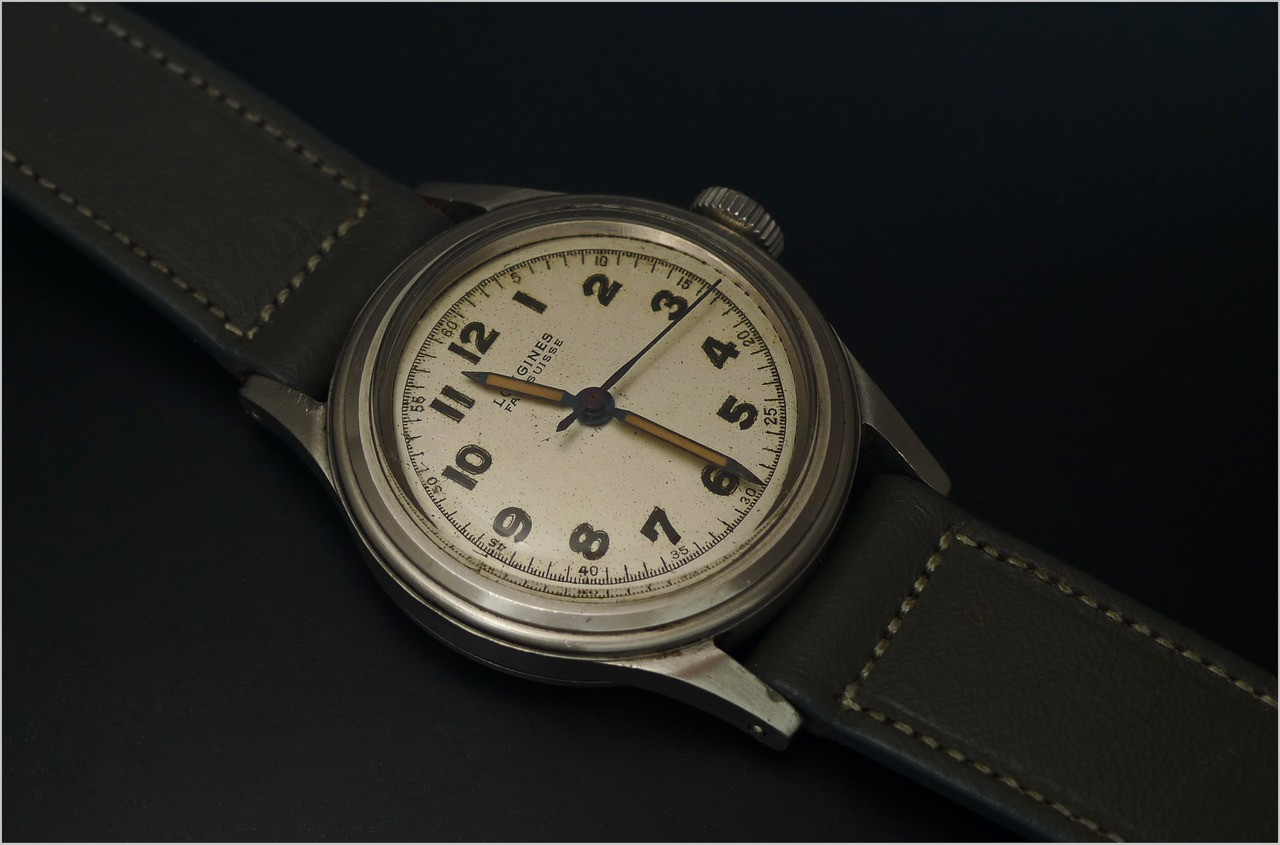 Nice detail, the heated blue hands...( Hour / Minute and Seconds ), which give the small touch of life to the dial.
2/ The case:
Here nothing original... The proportions are usual,The bezel, which gives a stepped profile to the case. Very nice. 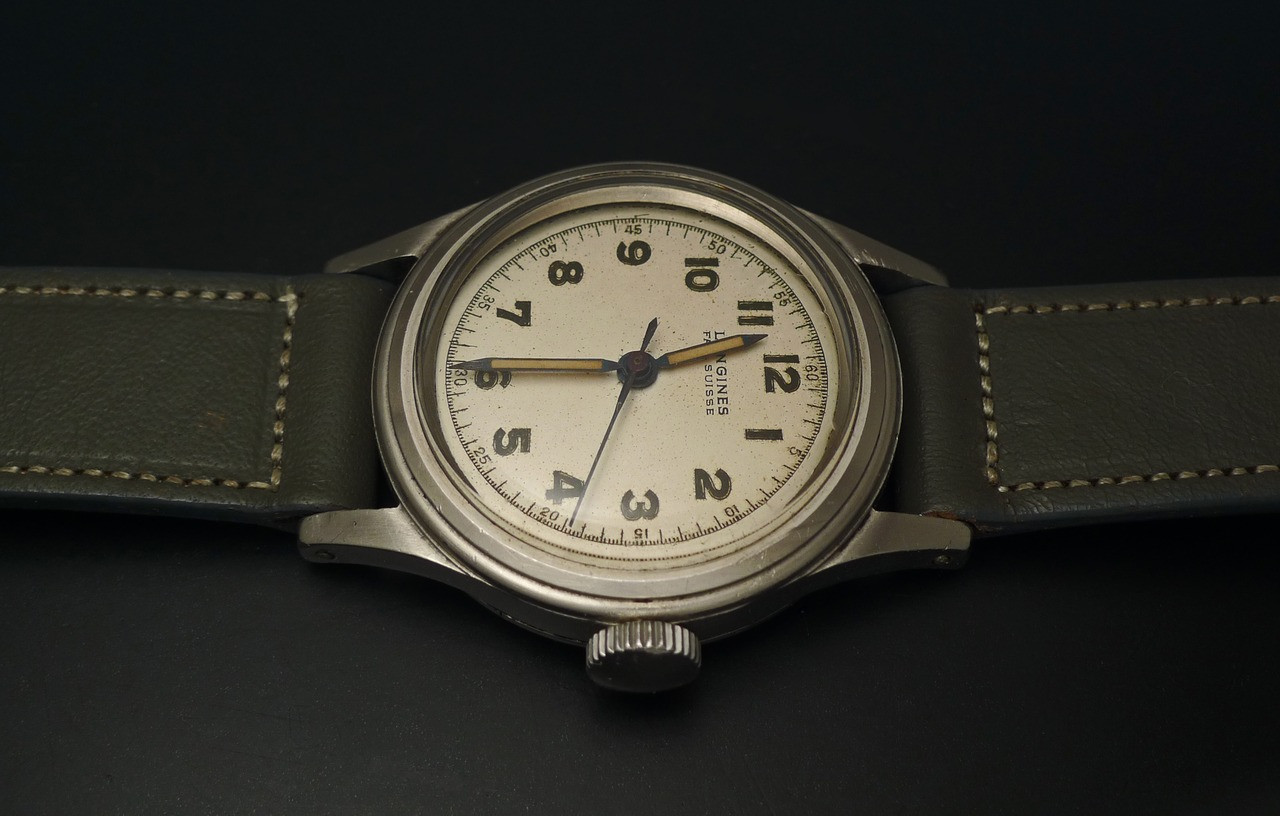 The screw in case back tells the story of the watch, through two letters, M.N, and one number. You will notice that the same number is also engraved on one lug, and also inside the case back.
3/ The movement:
Open the screw in case back, and you will admire the Cal 12.68N. 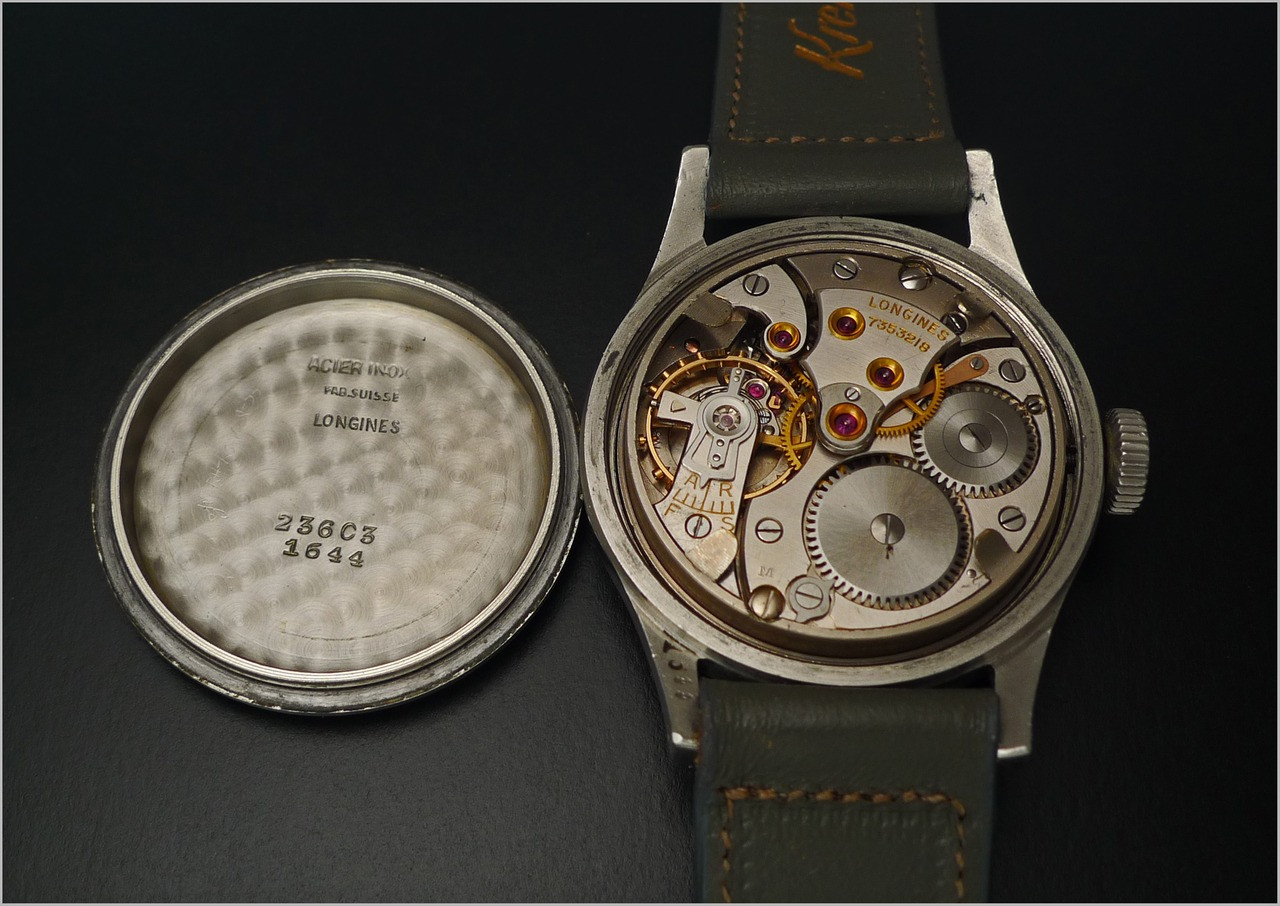 The Cal 12.68 is a 12'" movement, which corresponds to a diameter of 27 mm, and 5, 45 mm high.
It beats at 18 000 vibrations per hour and offers an autonomy of 40 hours.
Released in 1939, this movement has been massively produced.
The finish is not outstanding, but the movement receives some nice anglages which seem to belong to another era, compared to the modern production 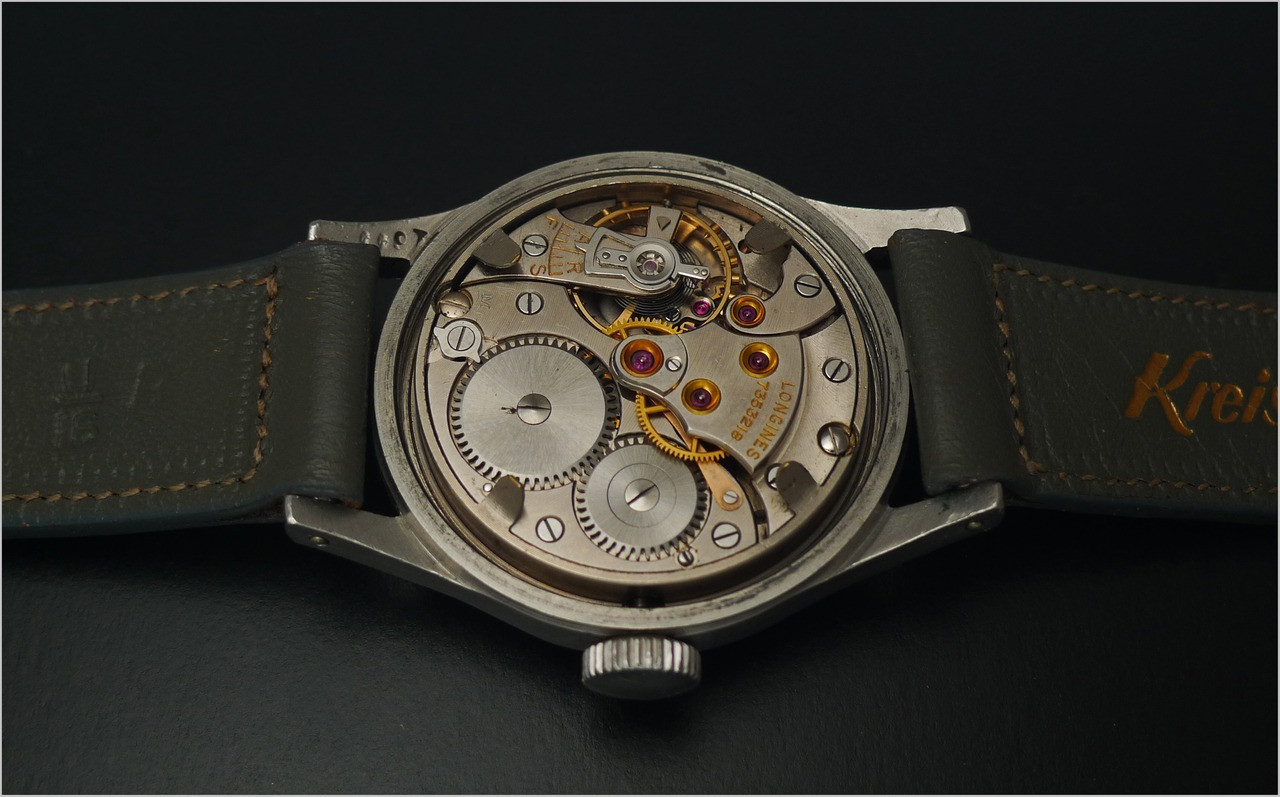 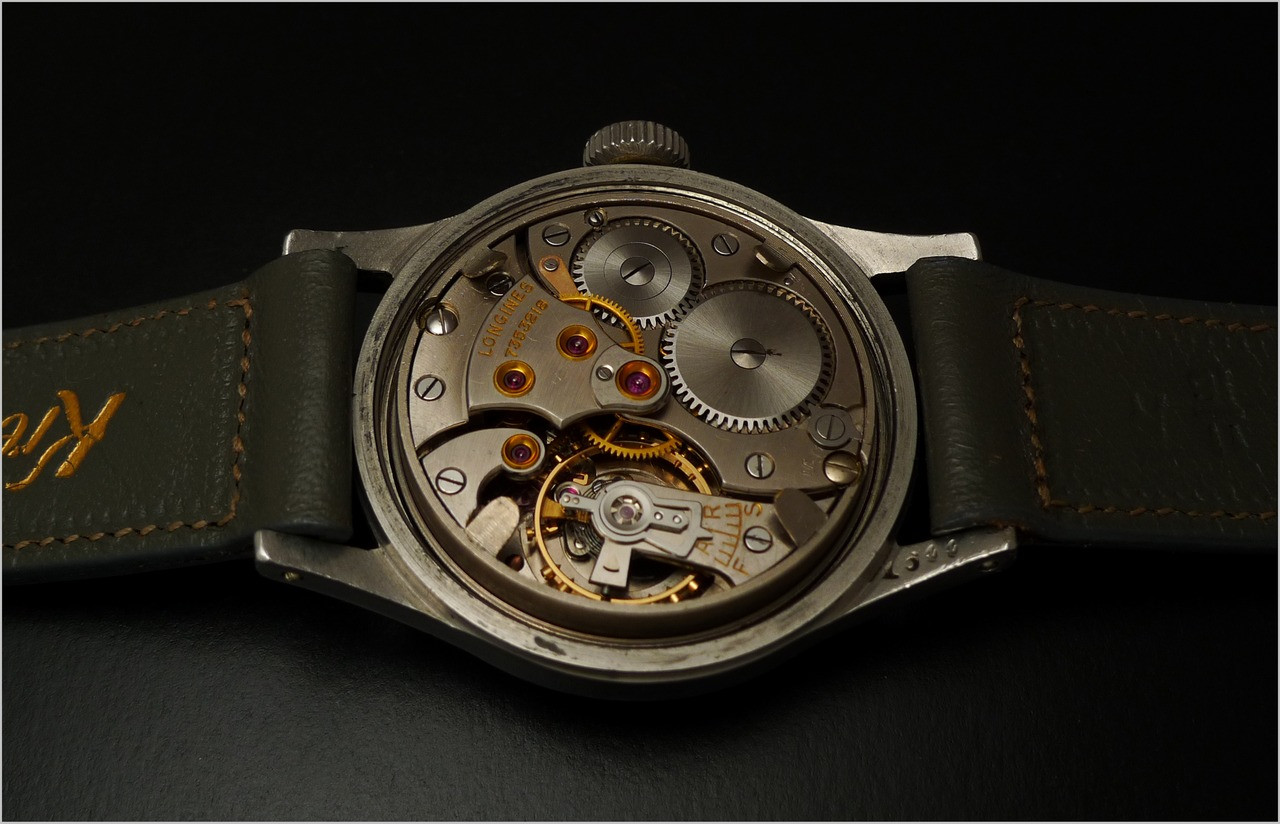 4/ Another good reason to love this watch: It is, in a certain way, close to another time keeper housed by another french service...
Here is the other reason which made me hunt the Longines M.N.
The Jaeger-Lecoultre SHOM, which is much rarer than the Longines.
Indeed, when the Longines was made in several hundreds of pieces, the JLC didn't reach the number of one hundred. 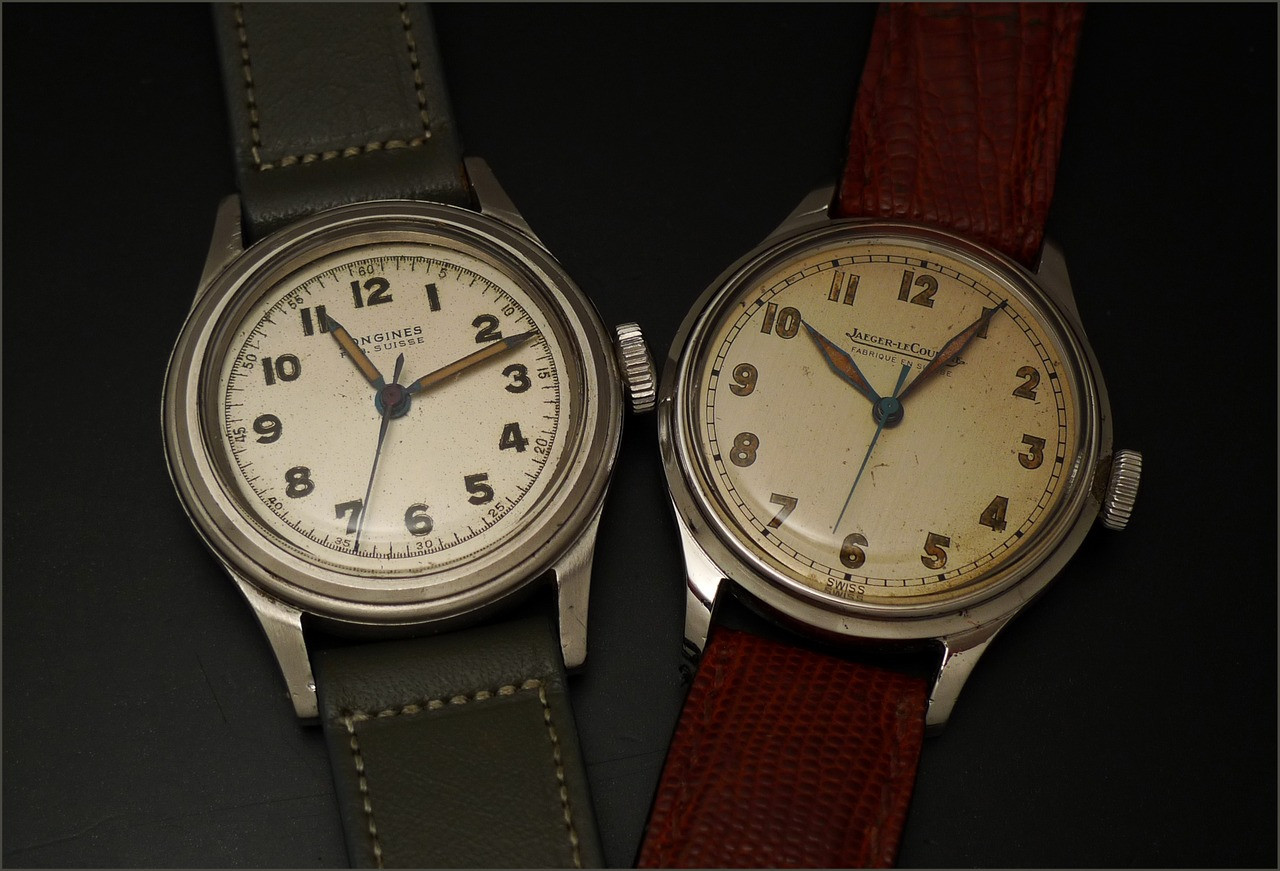 Both borrowed their cases from the production, and the movements, too ( Ref 159 for the JLC case / Cal P 478 for the JLC movement ),  opted for heated blue hands and  for dials which are aesthetically very close.
Now, the JLC has a 1mm bigger case, maybe a bit more elegant,  while the Longines is more designed as a tool.
The Longines has two points over the JLC: A screw in case back, and, undisputably, a nicer movement.
An interesting comparison picture of these 2 case backs: 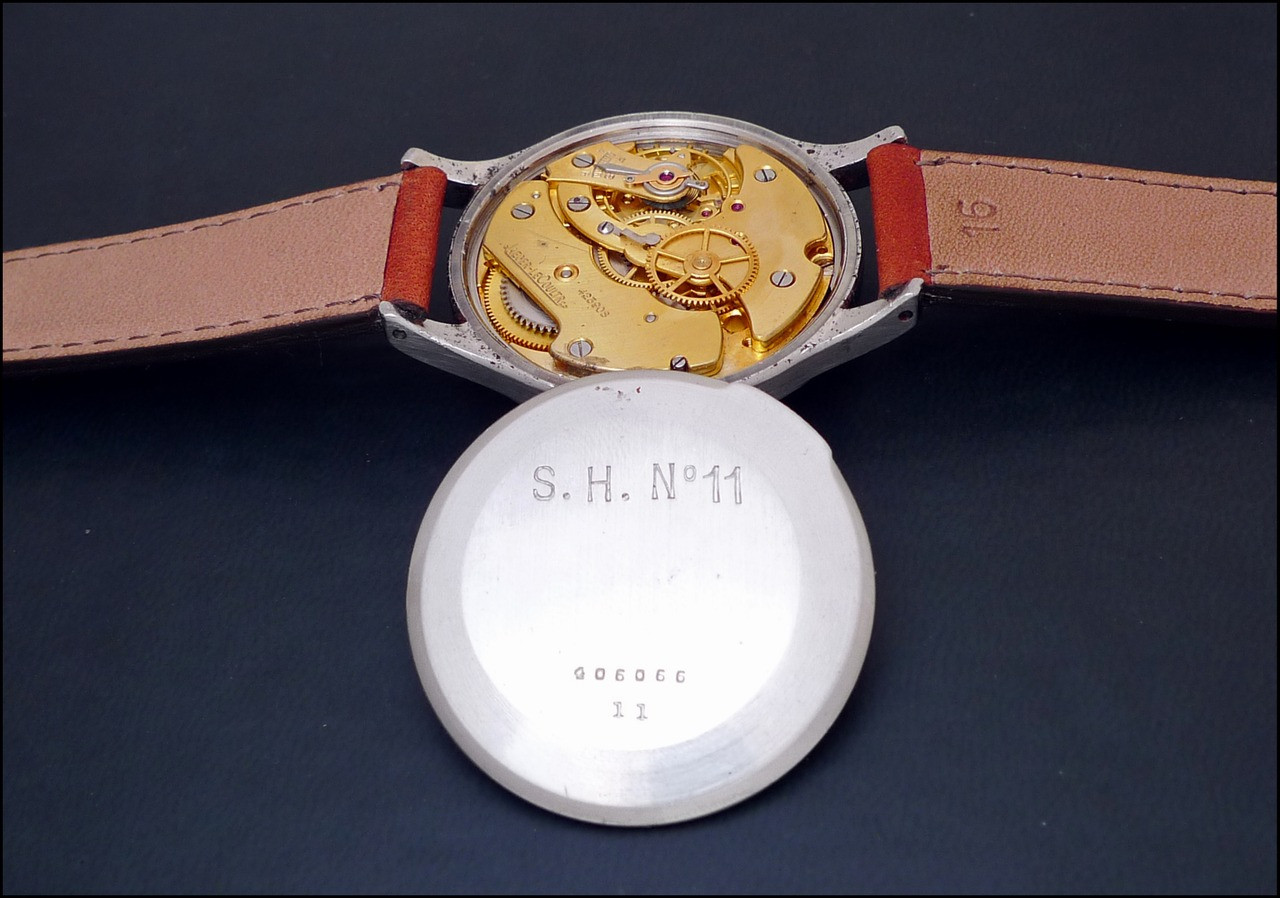 Isn't it a superb pair?
Aaah, and for those who still doubt that 33 mm is wearable, here is a picture of this lovely Longines on my 17 cm wrist: 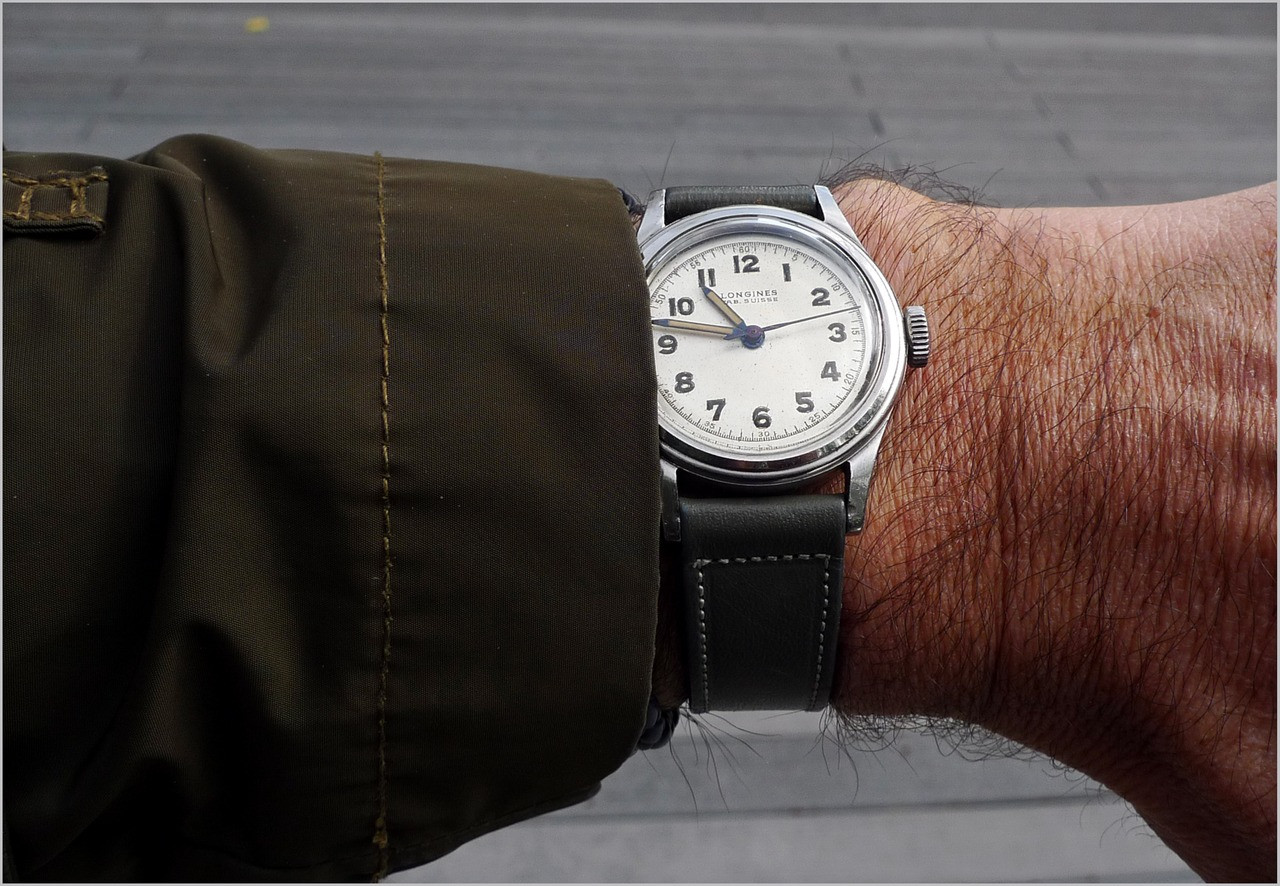 Longines Marine Nationale. Why I fell in love with this watch.

By: amanico : November 15th, 2015-00:11
The Longines M.N is a very underated watch. Some find it too small, when its size is far from being a problem. Some find it too discrete, when it is all about distinction. This watch is not only a nice watch, it has a lot of charm, presence despite its sm...
login to reply

By: KMII : November 15th, 2015-01:09
You are just priming us all to dive deeper into vintage and a good thing it is, too Really like the Longines MN and as I have found that I actually enjoy smaller sized watches (the 37/38 mm Grand Seikos are to blame) more and more. So many nice Longines w...
login to reply

These oldies are pure treasures. And the good thing is that you won't have to sell the house to get one. To find one is another thing... [nt]

By: KMII : November 15th, 2015-02:14
But luckily there is time and lots and lots of options And friends who give good advice
login to reply

Great watch in a small package!

Yes, please do so! These are such marvels. [nt]

Simply love these pieces !.. These MNs are cool tools, the Longines more than JLC.. But these 159s are splendid juwels !

Yes, I think so. This watch gives a lot of pleasure and satisfaction. Thanks, my friend. [nt]

Wow! Being over 300 years old I guess Vlad misplaced this...

Thanks, Richard. I do enjoy this one a lot. [nt]