Jan 06, 2014,02:21 AM
?Few places in the world can pride themselves on a history and a? ?richness comparable to Florence. Emblematic of the Italian Renaissance? ?and birthplace of some of the greatest geniuses of all time, Tuscany’s? ?great city has inspired generations of thinkers and artists who over the? ?centuries have given the world many works of extraordinary beauty. The? ?excellence of Florence, like that of Italy in general, is always at its best in? ?the meeting between genius and craftsmanship, between creativity and? ?technical expertise, in all forms of artistic expression as well as in the? ?applied arts. The Panerai Bottega in Florence, the first watch shop in the? ?city, is still nourished by this culture, reinterpreting its mission of? ?balancing tradition and innovation.

The excellence of craftsmanship and Italian know-how is linked with? ?Chinese culture in the Luminor Sealand dedicated to the Year of the? ?Horse, the new Special Edition limited to just 100 units which is part of? ?the series created by Officine Panerai in honour of the signs of the? ?Chinese Zodiac. The watch is the sixth of the exclusive series, which? ?began in 2009 with the Special Edition created for the year of the Ox,? ?followed by watches made in the year of the Tiger, the Rabbit, the? ?Dragon and the Snake. 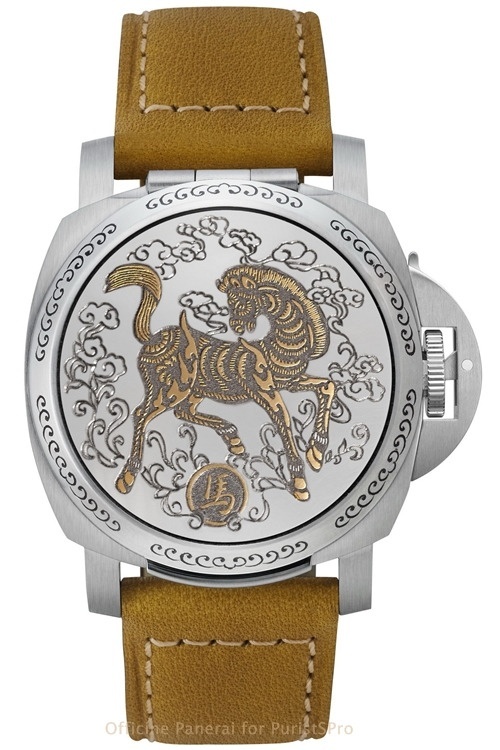 The Horse is the symbol of vigour, perseverance, positiveness and? ?success, and its distinguished, elegant appearance appears on the? ?hinged cover protecting the dial of the new Luminor Sealand in the form? ?of sophisticated engraving, carried out entirely by hand by Italian master? ?craftsmen. The technique of engraving used is particularly sophisticated:? ?the grooves made in the steel by a special tool called a sparsello are? ?then inlaid with threads of gold. These are inserted in repeated parallel? ?layers and hammered until they completely fill the engraved outlines,? ?thus defining and filling out the form of the horse. 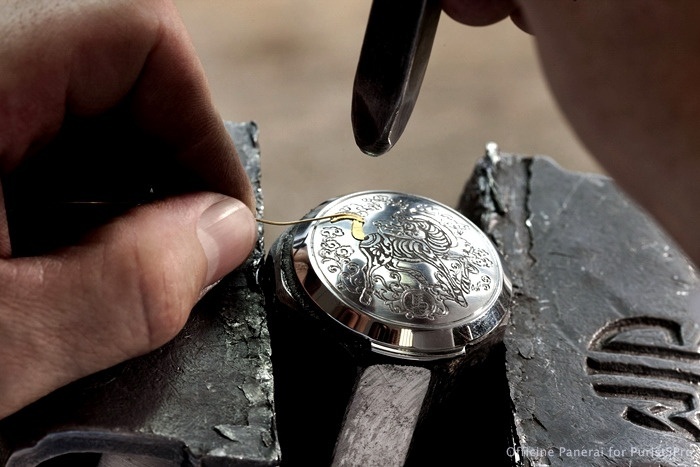 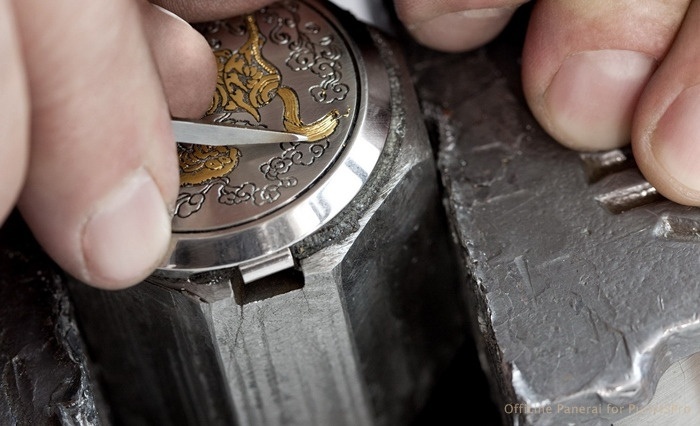 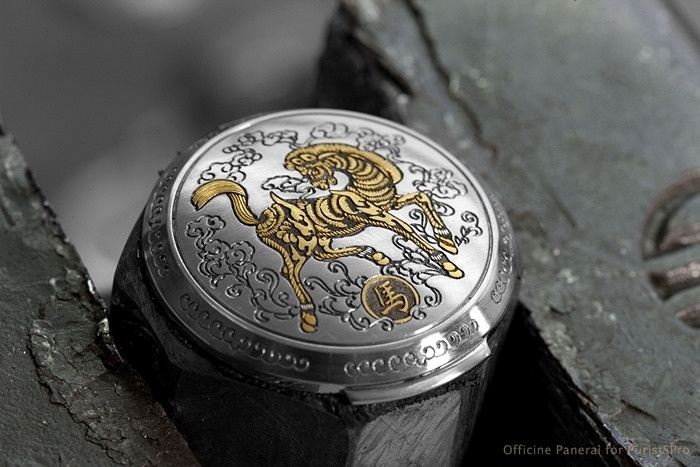 The work demands? ?remarkable skill on the part of the craftsmen, because the process of? ?inlaying the gold is carried out only after the cover has been engraved? ?and polished, when even the smallest error could damage the work? ?carried out earlier.

The protective cover with the engraving of the horse has a? ?mirror inside? ?it, and it conceals the minimalist grey dial which is in the classic Panerai? ?style with a small seconds dial and date. This is fitted in a Luminor case? ?44 mm in diameter, which is entirely made of brushed AISI 316L stainless? ?steel, as is the lever device protecting the winding crown. The? ?movement is the OP III calibre, automatic with a power reserve of 42? ?hours and C.O.S.C. certified. 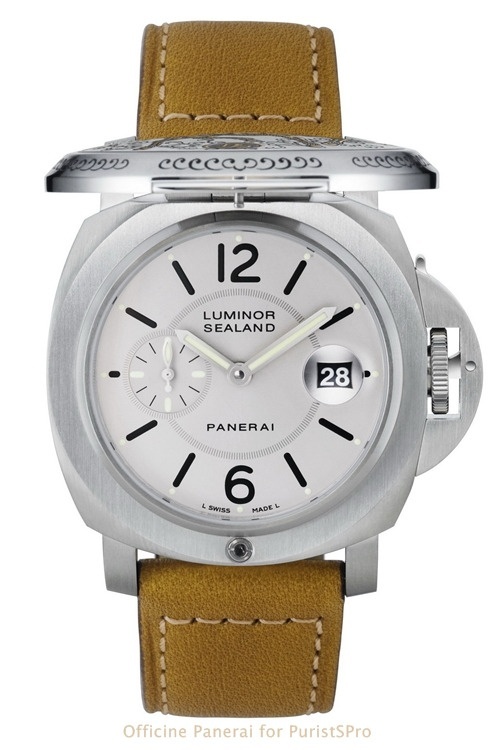 Available exclusively in Panerai boutiques throughout the world, the? ?Luminor Sealand (PAM00847) is water-resistant to a depth of 50 metres? ?and it is supplied with a strap of soft brown leather, a second spare? ?strap and a screwdriver.

Device protecting the crown: (protected as a trademark) Brushed? ??steel.

Dial: Grey with hour markers and Arabic numerals at 6 and? ?12 o’clock. Seconds at 9 o’clock, date at 3 o’clock.? ?Crystal: Sapphire, formed of corundum, 1.5 mm thick.? ?Magnifying lens over the date at 3 o’clock, anti-reflective? ?coating.


* Officine Panerai is not the owner of the Glucydur® and Incabloc® trademarks.

By: Kong : January 6th, 2014-02:21
?Few places in the world can pride themselves on a history and a? ?richness comparable to Florence. Emblematic of the Italian Renaissance? ?and birthplace of some of the greatest geniuses of all time, Tuscanys? ?great city has inspired generations of thi...