SINGAPORE - Leading Swiss watchmaker RAYMOND WEIL commemorates its 35th anniversary with the unveiling of its new Singapore boutique at Marina Square. The opening also witnessed the launch of the boutique exclusive freelancer Crazy Time collection, and saw the brand affirm its commitment to the development of the arts in Singapore.

Over 100 guests turned up for the opening – a glitzy affair fuelled by exquiste champange, canapes, and enchanting live performances hosted by media celebrity and theatre stalwart Adrian Pang. 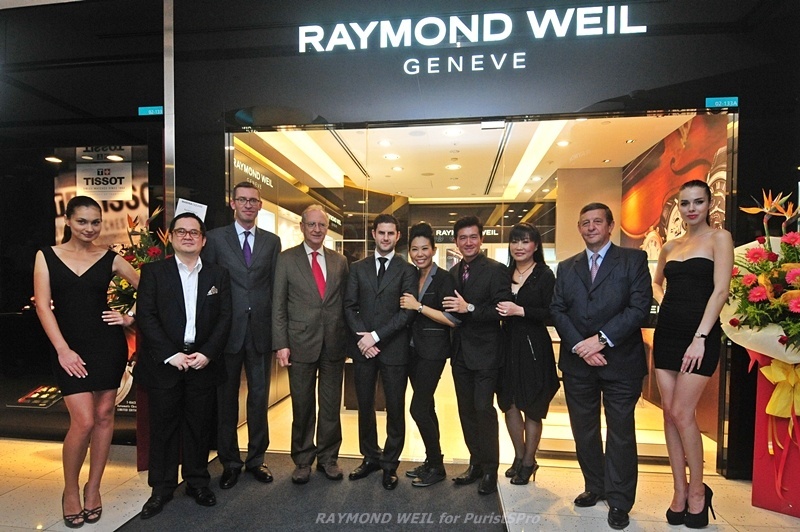 As guests mingled in the lead up to the boutique’s opening, they were treated to exclusive live performances by Nathan Hartono and Rachel Marley. The duo are part of the cast of Spring Awakening, a local production of the award-winning Broadway musical staged by local theatre company Pangdemonium Productions. 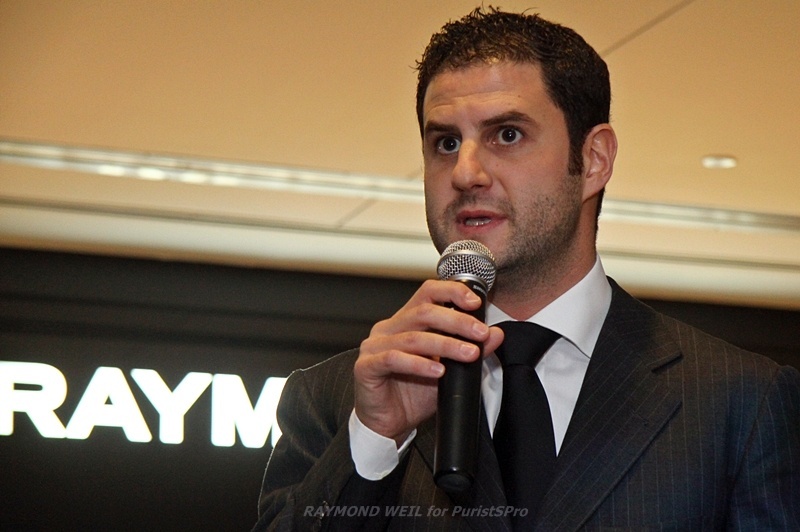 In a special announcement, Mr Bernheim revealed that RAYMOND WEIL is partnering Pangdemonium Productions to help develop theatre arts in Singapore in 2011 and 2012. This collaboration is the latest in a long line of RAYMOND WEIL’s global initiatives to enrich the arts community through exclusive partnerships. 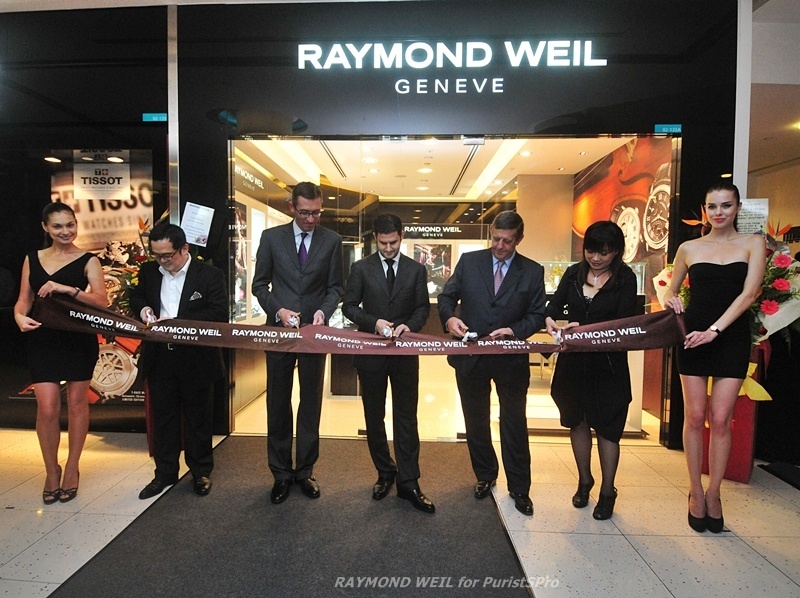 
The evening’s biggest star, however, was the new 300-sq ft RAYMOND WEIL flagship boutique. After the ribbon cutting ceremony, eager guests were ushered into the store’s luxurious and lavish realm. Awash in cream and dark chocolate tones, and accentuated by mood lighting and plush armchairs, the boutique enticed guests with a comprehensive selection of RAYMOND WEIL timepieces, including the Parsifal, Shine, Nabucco, and Maestro collections. 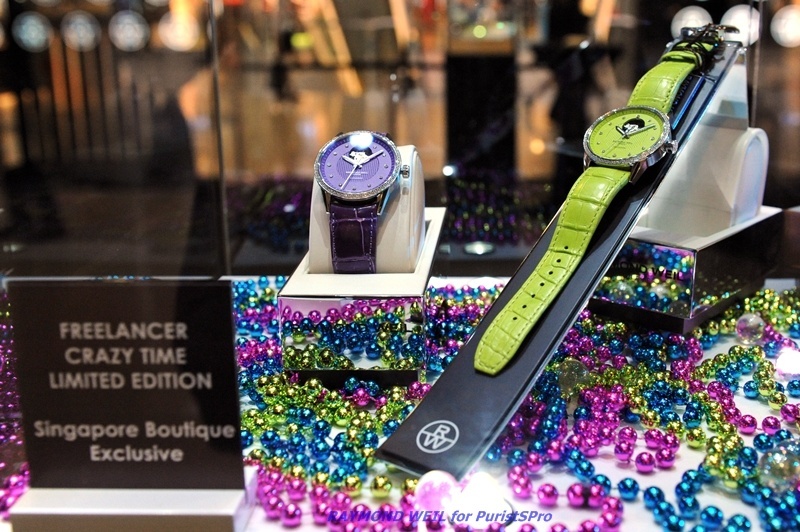 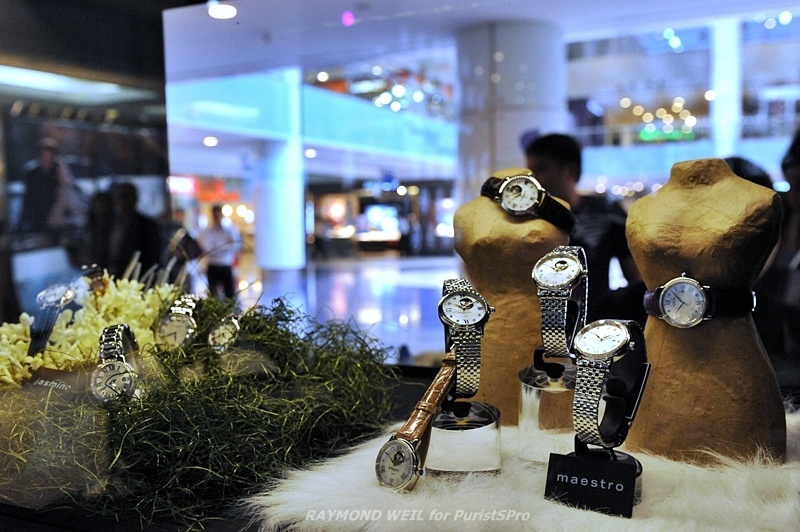 Display of the RAYMOND WEIL Maestro Ladies and Jasmine collections

Guests with a keen eye for exclusivity were undoubtedly thrilled by the freelancer Crazy Time for ladies, a limited edition collection exclusive to the flagship boutique. The chic selection comes in four boldly coloured models with matching dials and straps in poppy, lilac, emerald and orangeade. Each watch is a sparkling wonder that features 66 diamonds on the case and 12 diamonds on the dial. Powered by a Swissmade automatic movement visible through a window on the dial, the model is a gem of a watch – and a fitting timepiece to crown the lively unveiling of RAYMOND WEIL’s latest retail milestone.

Additional Pictures of the Evening ... 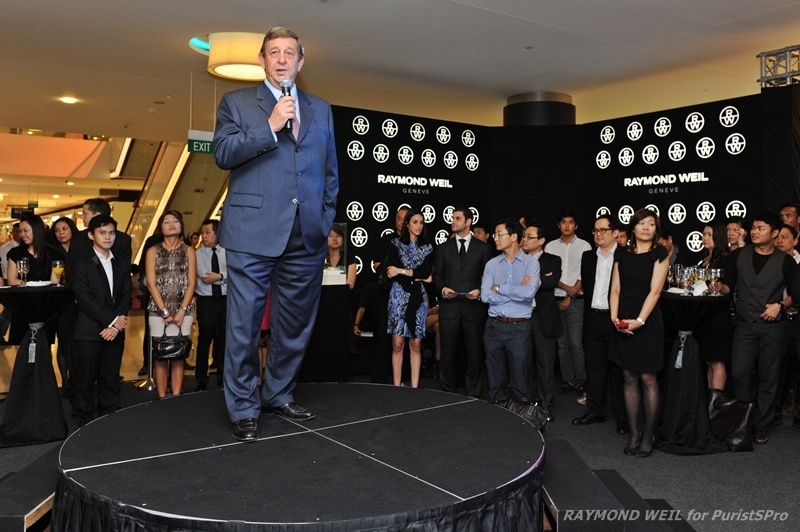 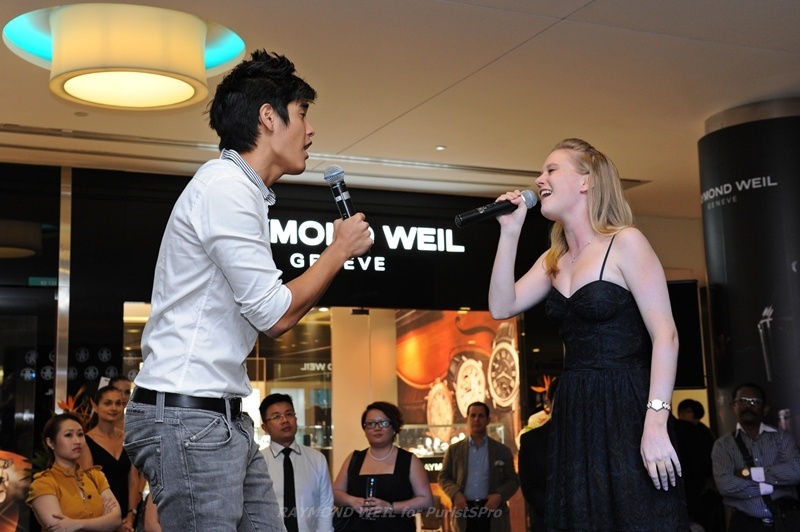 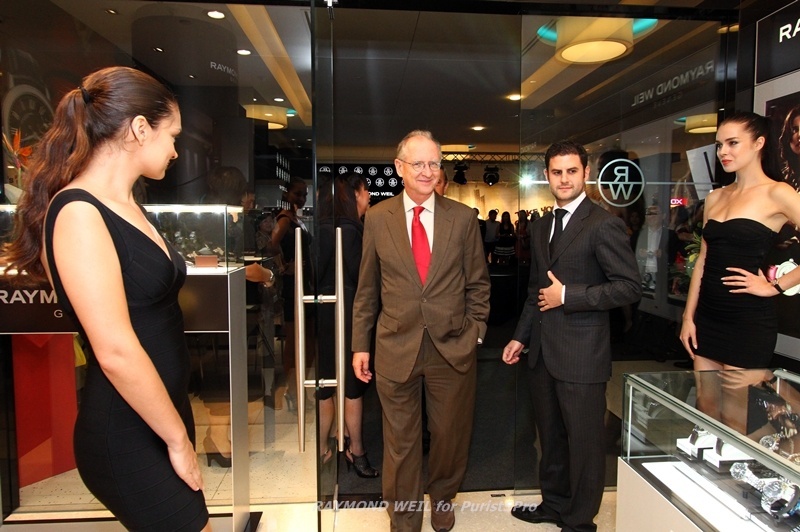 Welcoming the VIPs into the boutique ... 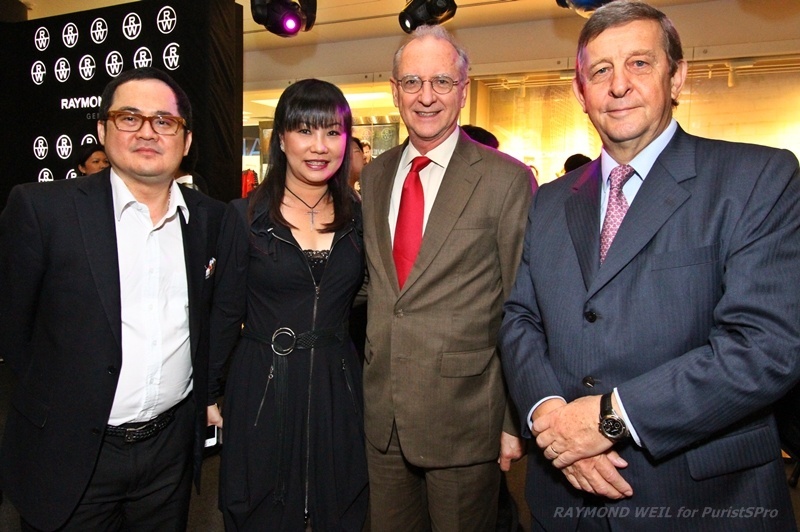 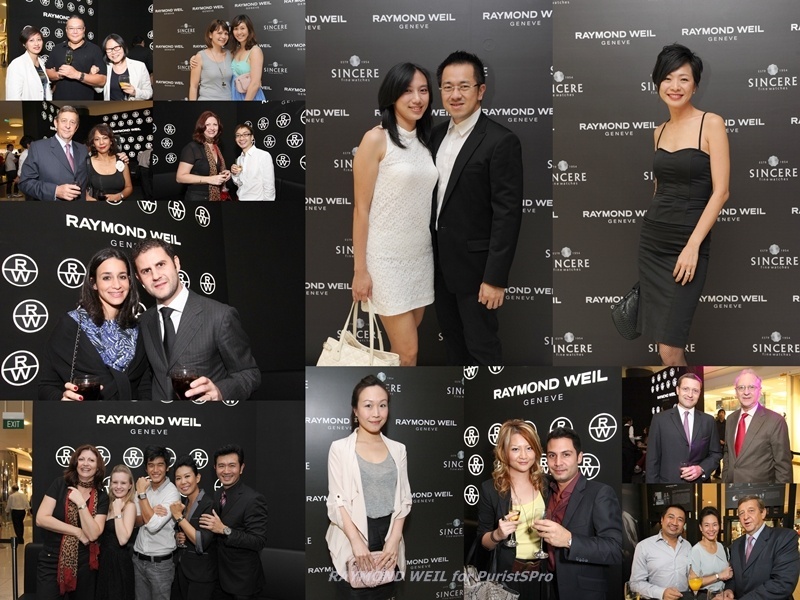